But it's been revealed Theresa May loves shouting out the answers to the hit ITV show in the evenings with her husband Philip. 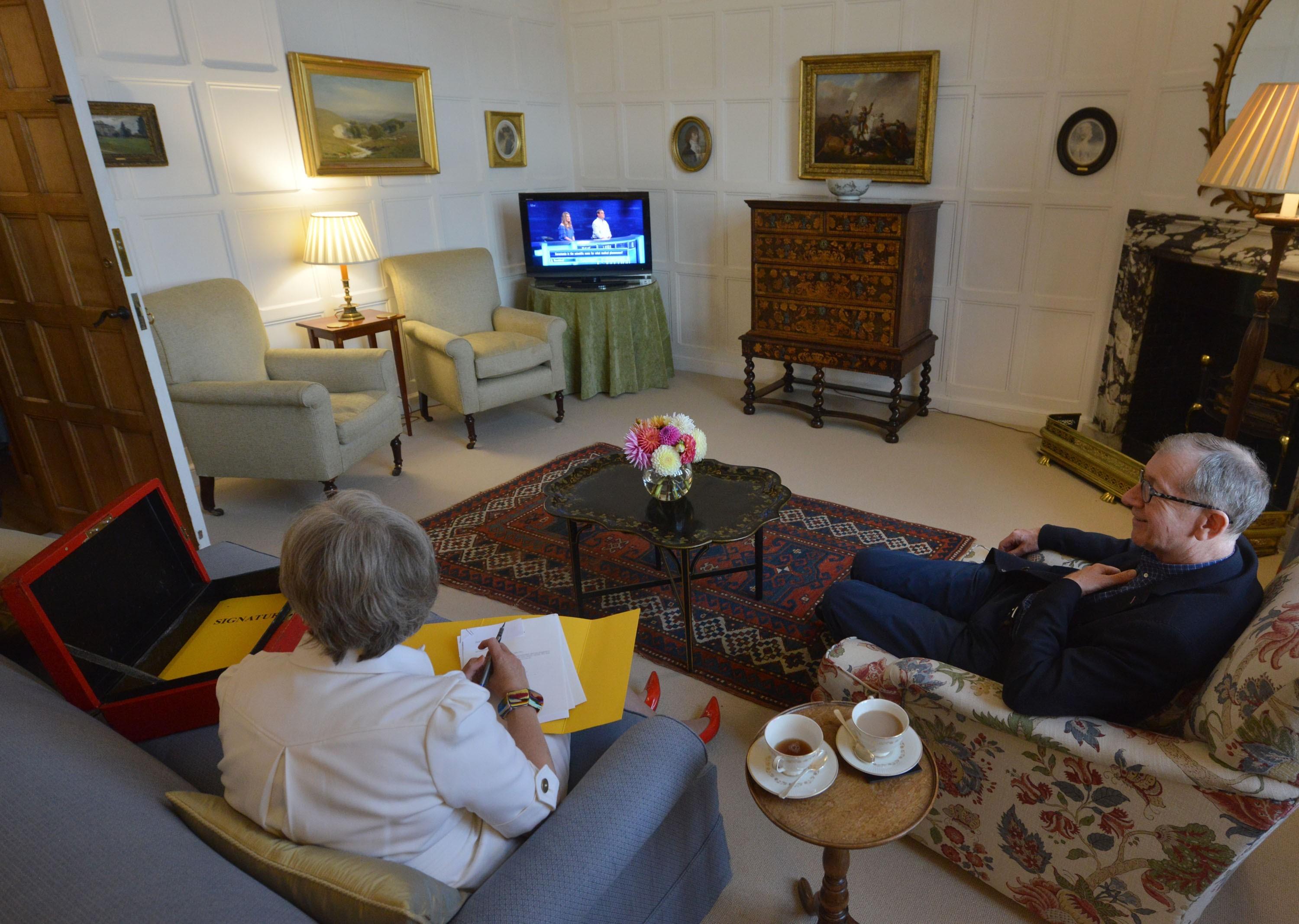 New snaps from a behind-the-scenes documentary show the couple catching up over a cuppa in the evening as they relax with The Chase.

As part of BBC Panorama's 'Inside No10: Deal or No Deal?', which will be screened tonight, it shows the PM working on her red box while watching the show.

Mrs May is also seen chipping in with the answers to some of the show's questions.

It was filmed last Friday in the living room at the Prime Minister's country residence, Chequers. 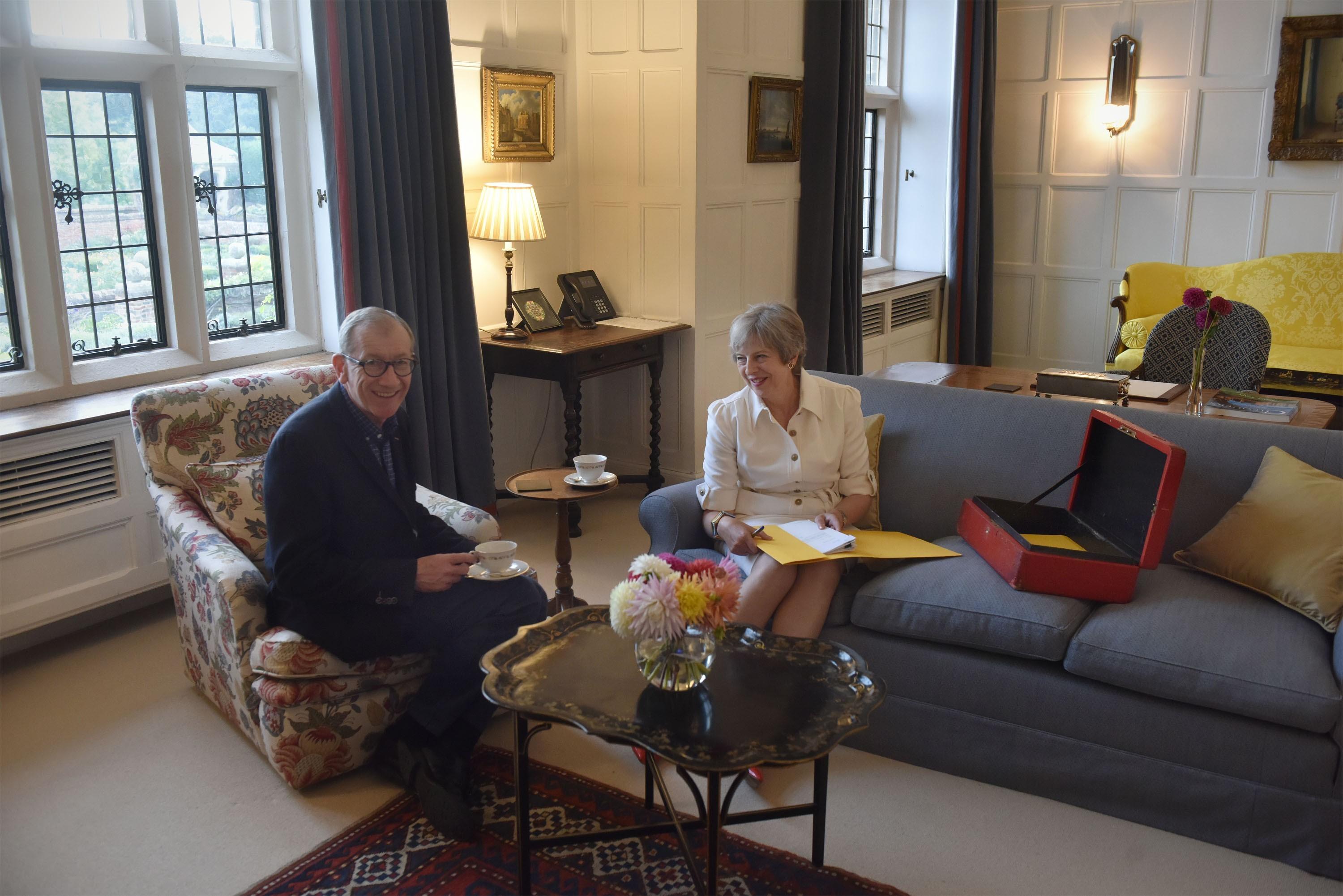 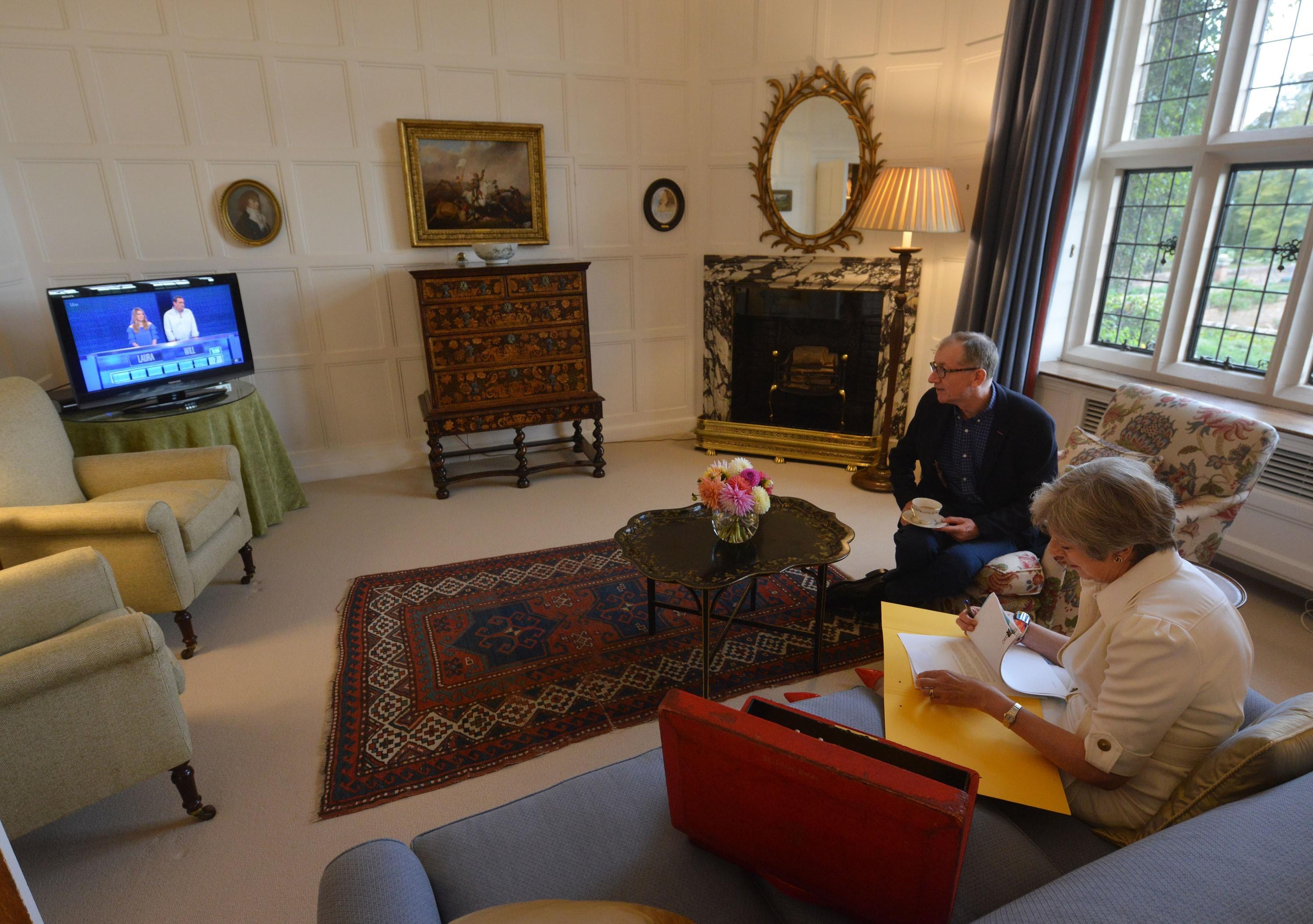 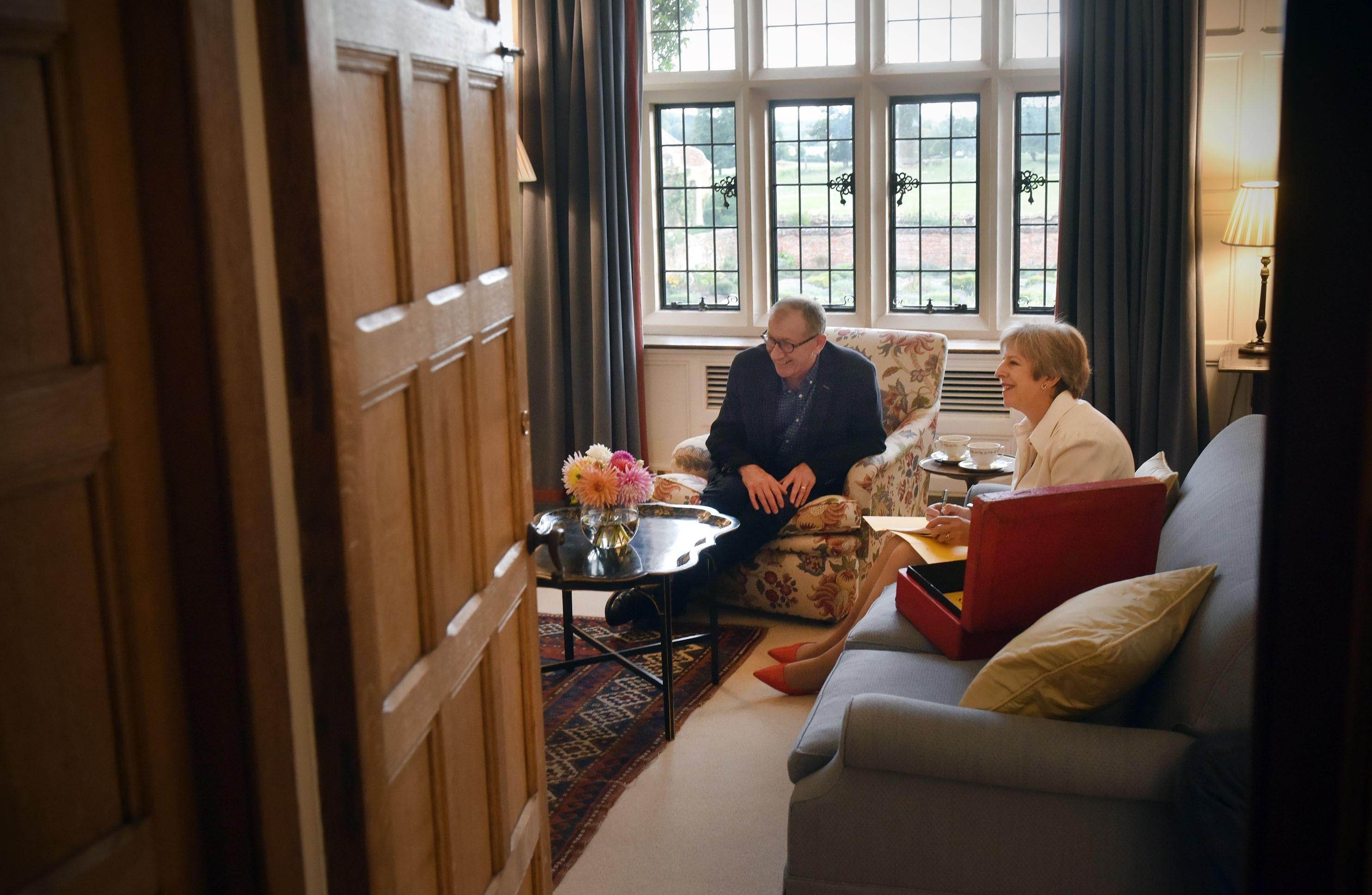 The PM's husband Philip is said to be a huge fan of quiz shows – and also loves BBC Two's Eggheads.

The couple, who met while studying at Oxford University, look surprisingly dressed up for relaxing in front of the telly – with Mr May in a suit and Mrs May wearing a pair of heels. 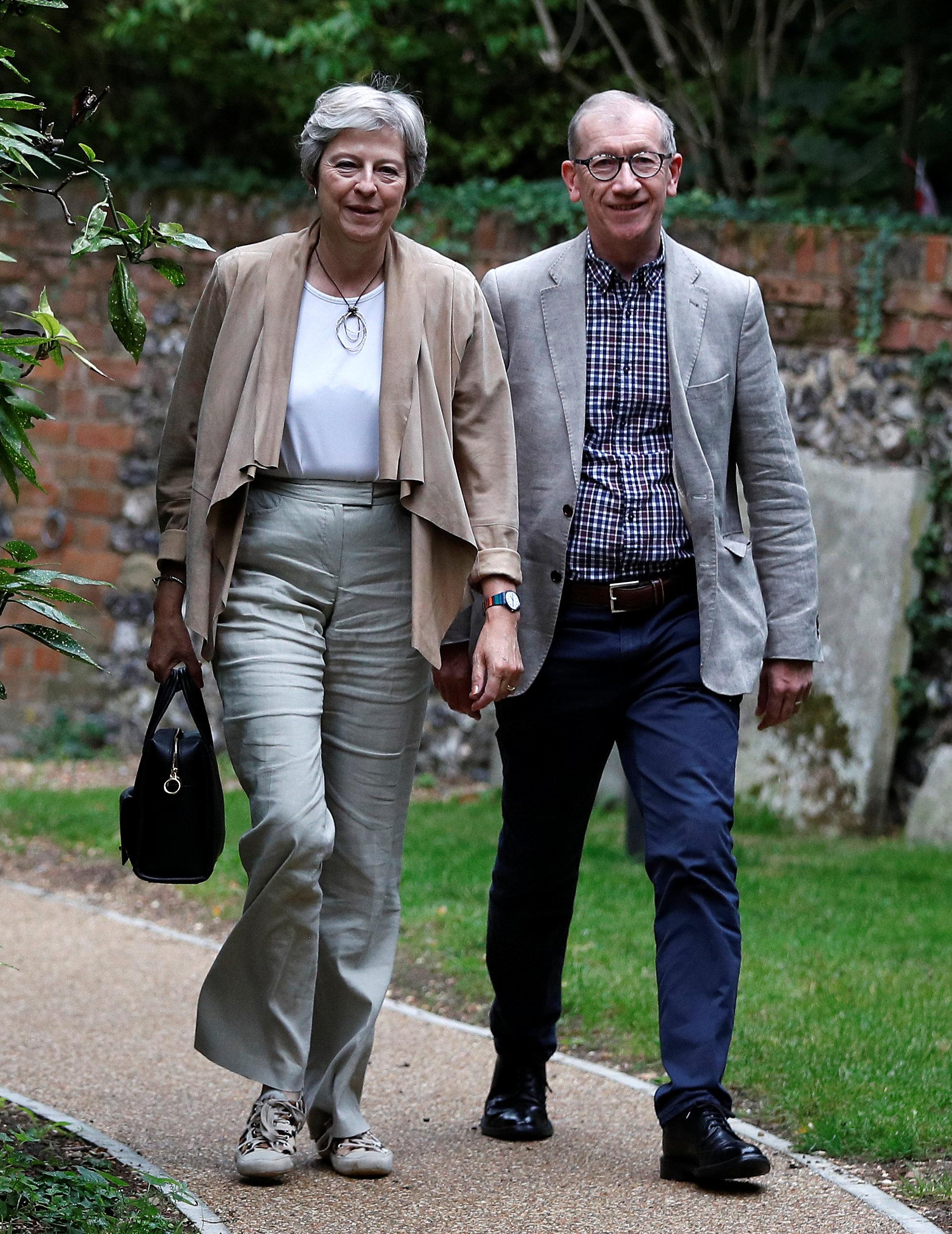 The Prime Minister was asked why leaving the EU will be a good thing for the country – a question she has repeatedly tried to avoid.

She told the BBC as part of a new documentary that our exit from the bloc will give the UK "opportunities" as an "independent and sovereign state to make a better future for all our people".

And she repeated comments that our "best days are ahead of us" as she looked forward to life outside the EU.

Mrs May added that it was vital to prepare for all outcomes of our exit too.

Defending again her disliked Chequers plan for Brexit, the PM stressed that it would deliver on taking back control of our borders, laws and money.

"It has unblocked the negotiations," she insisted. "It is a plan that's right for the UK."

And she promised she had listened to the people living near to the border of Northern Ireland, which will be affected by a Brexit agreement which may lead to checks at the frontiers.

During the BBC documentary Mrs May insisted again that MPs have a choice of whether to accept her Brexit deal with the EU, or have no deal at all.

She told the programme: "I think that the alternative to that will be having no deal".

And she hit out at Brexiteer plans to solve the Irish border issue – and insisted that there must be "friction-free movement of goods" with no checks after we leave.

The Prime Minister said: "You don't solve the issue of no hard border by having a hard border 20km inside Ireland."

But today it was reported that the EU is secretly preparing to allow a frictionless Irish border.

The Times reported that the bloc's chief negotiator Michel Barnier is drawing up new plans to use technology to stop the need for new checks at the border.

filmed, May, ou, shouting, Theresa
You may also like:

Up to £1.5BN may have been lost in Universal Credit fraudulent claims