Theresa May launched a red-hot broadside at Boris Johnson today for choosing a close political aide as the UK’s national security adviser.

The former prime minister tore into her successor’s decision to hand the job to David Frost, his Brexit negotiator, branding him ‘a political appointee with no proven expertise’.

Mr Frost will replace Sir Mark Sedwill, who announced he was quitting as NSA and Cabinet Secretary on Sunday amid a power-struggle in No10.

Mrs May, who appointed Sir Mark to the post, lashed out at Michael Gove as the Cabinet Office Minister defended the change after being hauled to the Commons for questioning.

Praising Sir Mark’s professionalism, she asked Mr Gove: ‘I served on the National Security Council for nine years – six years as home secretary and three as prime minister. During that time, I listened to the expert independent advice from national security advisers.

‘On Saturday (Mr Gove) said, ‘we must be able to promote those with proven expertise’. 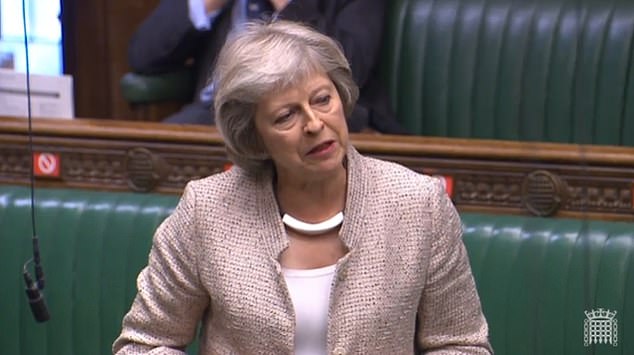 Theresa May launched a red-hot broadside at Boris Johnson today for choosing a political aide as the UK’s national security adviser. 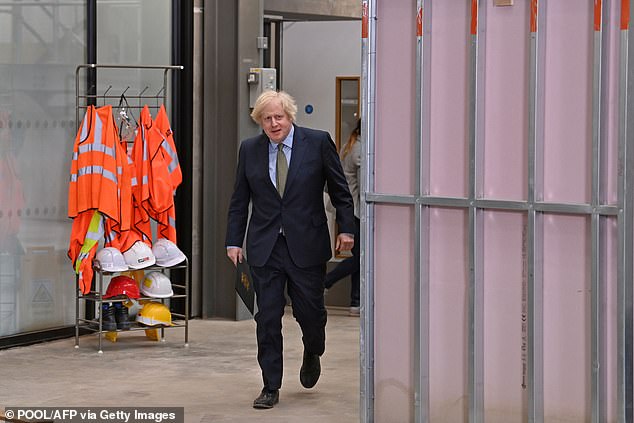 The former prime minister tore into her successor’s (Mr Johnson pictured today in Dudley)  decision to hand the job to David Frost, his Brexit negotiator, saying he was ‘a political appointee with no proven expertise’ 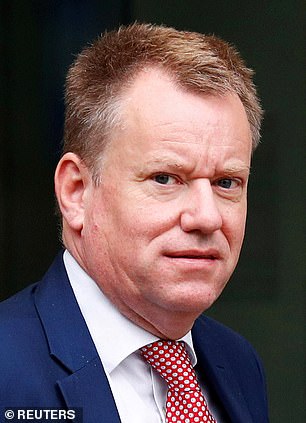 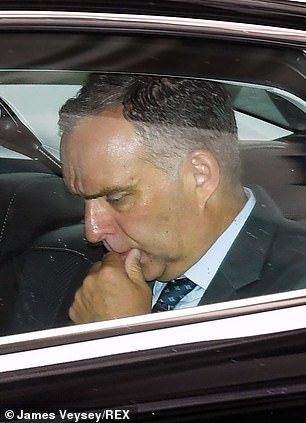 David Frost (left) will replace Sir Mark Sedwill (right), who announced he was quitting as National Security Adviser on Sunday amid a power-struggle in No10

Mr Gove defended the decision for the next national security adviser (NSA) to be a political appointee, rather than a civil service appointment.

The role of national security adviser has been filled by Sir Mark since April 2017 – he was later also appointed to head up the civil service as Cabinet Secretary in June 2018.

Mr Gove told the Commons: ‘The NSA is a relatively new position, but it is always an appointment for the Prime Minister of the day.

‘The first civil service commissioner has agreed the position can be regarded as a political rather than necessarily civil service appointment.

‘While it is a unique role, David Frost’s status will be akin to that of a special envoy representing the UK abroad, speaking publicly and setting the agenda for policy-making. He will not be a permanent secretary or a special adviser.’

It came amid reports Mr Johnson promised to nominate Sir Mark to be the next chief of NATO as part of the Cabinet Secretary’s exit package.

He was apparently told by the Prime Minister that Number 10 will put his name forward for the highly-coveted position.

However, the current secretary general of the international military alliance, Jens Stoltenberg, is not expected to retire from the role until the end of 2022.

As a result some Whitehall sources have questioned whether Mr Johnson will actually deliver on the promise, given that it is so far in the future.

Sir Mark was apparently told by the PM that securing the role will be important for his ‘Global Britain’ agenda but sources fear the support could prove to be ‘half-hearted’.

‘I think Mark is either brave or courageous to accept a promise that they’ll do that in 2022,’ a Whitehall source told The Times.

‘I really hope they keep their word but we’ve all seen this happen before.’

The source suggested Sir Mark’s hopes could be ‘sacrificed’ by Number 10 in the future for ‘something that they really want’. 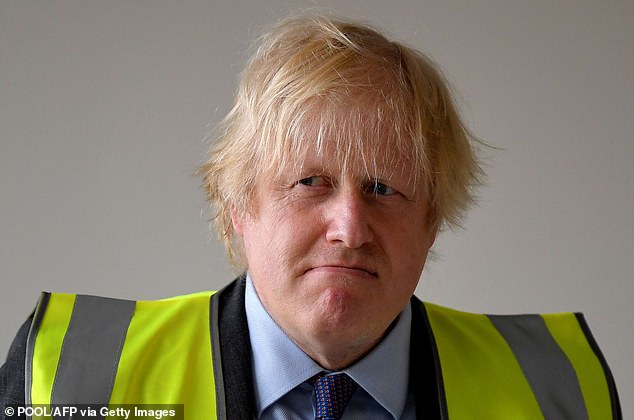 Boris Johnson, pictured during a visit to a school in west London yesterday, is said to have told Sir Mark he will nominate him to be the next secretary general of NATO

The recruitment process for the role of Cabinet Secretary is just getting underway with Sir Mark due to formally step down in September.

However, Downing Street has been forced to defend the move because unlike previous holders of the post, Mr Frost is a political adviser rather than a career civil servant and lacks security experience.

The former cabinet secretary Lord O’Donnell has warned political appointees were more likely to be ‘yes-men’ – telling ministers what they wanted to hear rather than ‘speaking truth to power’.

‘I’m worried about the appointment of David Frost as national security adviser because I’m not quite sure how putting a special adviser in that role works,’ he told the BBC.

Downing Street has insisted such appointments are not unusual in other countries and that Mr Frost – who has the status of an ambassador – had spent 25 years as a diplomat in the Foreign Office before leaving in 2013.

‘It is not unusual in other countries for ambassadors to serve as national security advisers and ambassadors can be political appointees. David Frost has the status of an ambassador.

‘The First Civil Service Commissioner has agreed the appointment. That is consistent with the Constitutional Reform and Governance Act.’

Mr Johnson has sought to play down claims that Sir Mark’s position had been undermined by a series of hostile press briefings.

Mr Cummings was reported to have been unimpressed by the response of the Cabinet Office to the coronavirus outbreak, telling aides a ‘hard rain is coming’ for the Civil Service.

Speaking during a visit to a school in west London yesterday, Mr Johnson insisted that Sir Mark – who will continue to be involved in the preparations for the UK taking on the presidency of the G7 next year – still had ‘a lot to offer’.

He dismissed claims that Sir Mark had been deliberately undermined through hostile press briefings, making his position untenable.

‘I try not to read too much of the negative briefing,’ Mr Johnson said.

‘There is an awful lot of stuff that comes out in the papers to which I wouldn’t automatically attach the utmost credence.’

However, Labour leader Sir Keir Starmer said that it was ‘obvious’ that the Prime Minister had been determined to get rid of Sir Mark.

Boris, May, over, savages, Theresa
You may also like: