The ultimate Grinches? ‘Scumbag’ thieves cut Christmas wreath off woman’s front door using a POWER TOOL after they fail to pull it free

This is the shocking scene as a pair of thieves steal a Christmas wreath attached to the front door of a house in Essex.

Holly Bailey posted two videos from her Ring doorbell camera which captured footage of the men forcing the wreath from her door in Harold Hill, Romford.

In the first video, the two men can be seen wrestling with the wreath but unable to free it from the door. 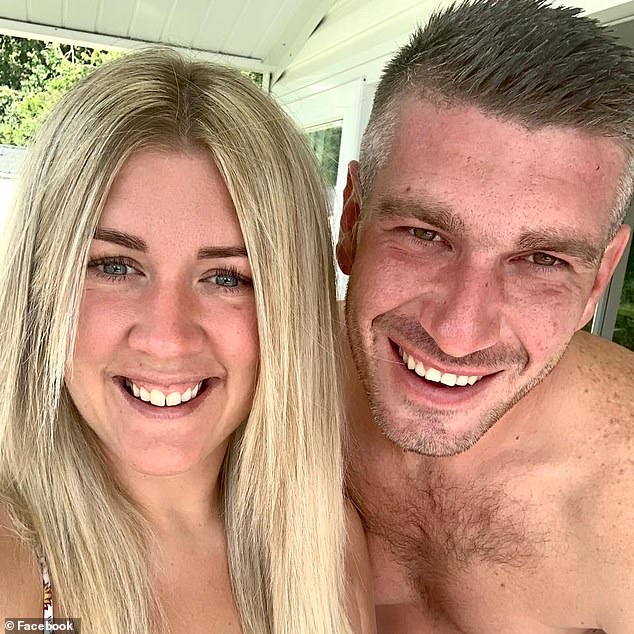 Holly Bailey posted two videos from her Ring doorbell camera which captured footage of the men forcing the wreath from her door in Harold Hill, Romford 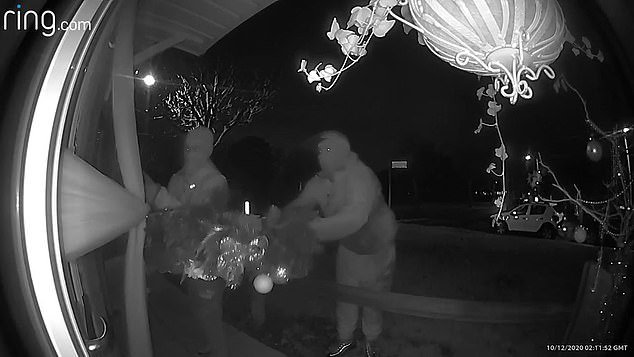 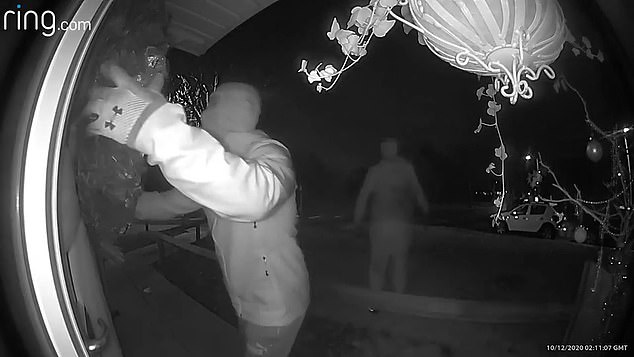 The second video, which was filmed less than a minute later features one of the men holding the wreath while the second uses a battery-powered reciprocating saw to cut through the fastening before making their escape.

Ms Bailey put an appeal for information on her Facebook page.

She wrote: ‘Massive long shot as I’ll props never see it again but if anyone offers you a wreath or you see this one hanging on someone else’s door, please let me know!

‘It’s handmade so one of a kind. I’ll props never find the people who’ve took it but maybe I’ll find the wreath!

‘People can be such scumbags.’

Others said they could not believe the men made two attempts to steal the homemade wreath.