Thieves steal puppies worth £5k each and blind owners with 'ammonia'

A devastated mother has described the terrifying moment thugs smashed their way into her home and stole her bulldog puppies after spraying her with a substance.

Police are now hunting the yobs after the violent break-in which has left the owners desperate to find their ‘beautiful babies’ named Prince, Meathead and Queenie which can sell for up to £5,000 each.

The crime unfolded on Friday night in Basildon, Essex, when a group of masked men smashed their way into Sally Knight-Buxton’s home. 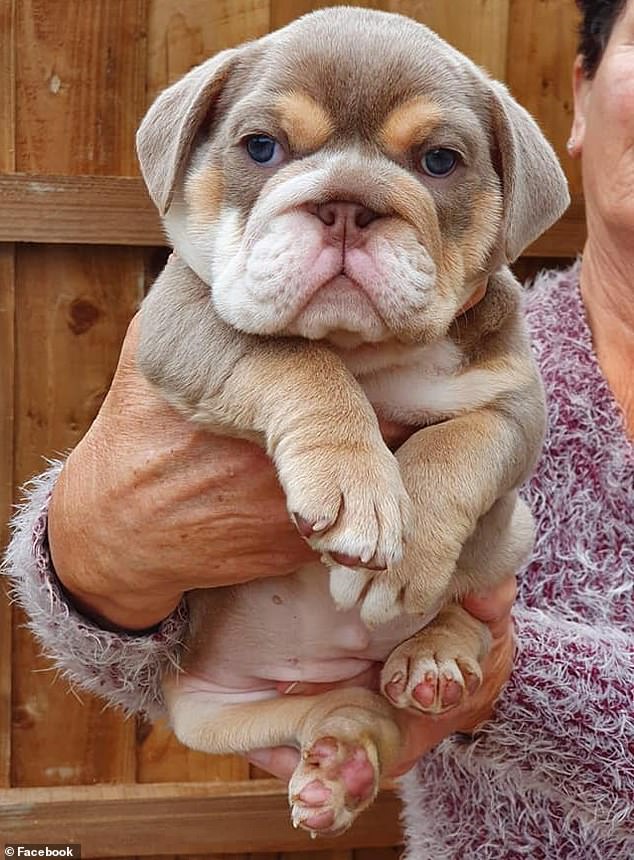 A mother has described the terrifying moment thugs smashed their way into her home and stole her bulldog puppies, including Queenie (pictured) after spraying her with a substance 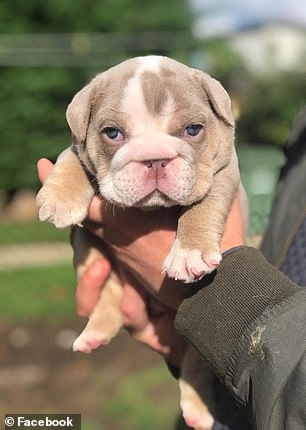 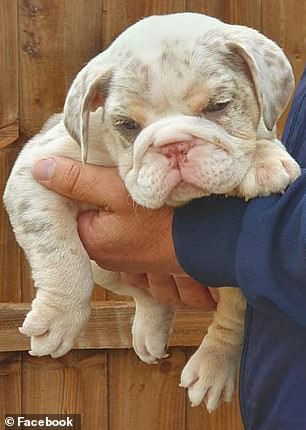 Sally Knight-Buxton says the spray left her temporarily blinded as her screaming children ran downstairs looking for the pedigree pets, including Prince (left) and Meathead (right)

She was watching TV with her 62-year-old mother when the raiders broke in and sprayed the pair in the face with ‘a substance’, temporarily blinding them.

Sally told the Sun her vision went ‘completely blurry’ and her eyes were streaming with tears.

The men then punched Sally and hurled her mother to the floor before they snatched the dogs and fled – as her screaming children came running down the stairs looking for their pets.

Police believe the thugs escaped in ‘a dark-coloured estate car, a dark-coloured hatchback, or a white transit-type van’ and are appealing for information.

Recalling the horrific attack Sally said: ‘We jumped up and screamed in horror and then they squirted me and my mum in the face with some sort of liquid.

‘I couldn’t see at all, and my eyes started to water and pour with tears, and then they threw my mum to the floor and punched me in the face.

‘As they grabbed the puppies, my children came running down the stairs screaming and crying, as these scumbags fled taking our beautiful babies.’

She said her three children, aged nine, seven and five, were ‘petrified’.

The mum posted a desperate appeal to Facebook to find the puppies which has been shared more than 280,000 times where she pleads for their safe return.

She said: ‘Please, please, help us get our babies back and get these scumbags caught because they are the lowest of the low and don’t deserve to be walking the streets.

‘They have terrorised me and my family and we are now scared to stay at our own home, my children are petrified and keep asking if they are going to come back.

‘I am so scared and still shaking, so please help us.’

Police have now launched a man hunt for the thieves and say they are looking for a man of ‘Asian or Mediterranean descent’ and a ‘6ft tall’ large built suspect with dark hair.

A spokesman for Essex Police said: ‘We are investigating following a break-in in Basildon where three English Bulldog puppies were stolen. 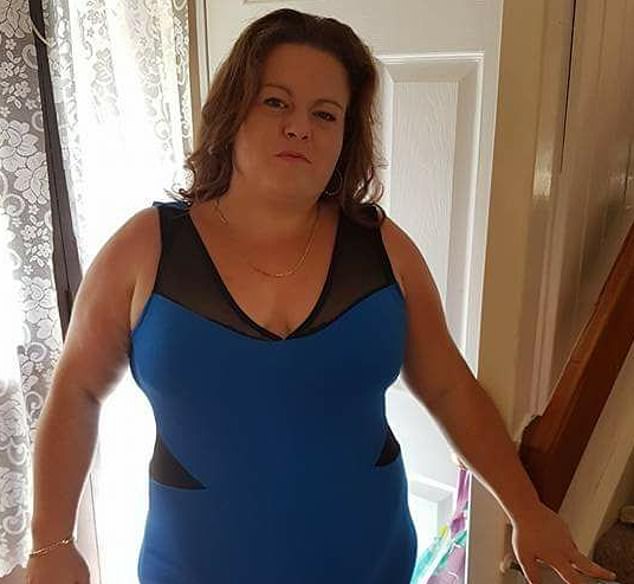 ‘It was reported three men forced their way into an address in Deneway at around 10.50pm on Friday 23 October.

‘One of the men sprayed a woman inside the property in the face with a substance and three puppies were stolen before the men left.

‘One of the suspects has been described to us as being of Asian or Mediterranean descent and wearing tracksuit trousers.

‘One of the other men is described as being around 6ft tall, in his 30s or 40s, large build, wearing a navy top with the hood up, and had dark hair.

‘It is believed at least one of the men was wearing a balaclava or beanie-style hat.

‘Our enquiries are ongoing.

‘We are particularly looking for anyone who saw a dark coloured estate car, a dark coloured hatchback, or a white transit-type van in the area at the time or the days before.’