Thomas Markle Jr. has backtracked on his astonishing attacks of his half-sister to say that he feels like an ‘a**’ and ‘couldn’t be more proud’ of her on wedding day.

In an unscrupulous reversal of his earlier public comments, Markle Jr., told The Mirror on Friday that he now ‘doesn’t blame’ Meghan for distancing herself from him when she found fame on Suits.

‘I feel like an a** about it but my true feelings are I couldn’t be happier for her. I mean, what are the odds?

‘This is every woman’s dream come true, to marry a prince. So I couldn’t be more happy and proud of my sister. She’s incredible,’ he said.

He spoke in the UK after jetting in before the big day but would not say what his plans for Saturday were. He was not invited to the ceremony or reception. 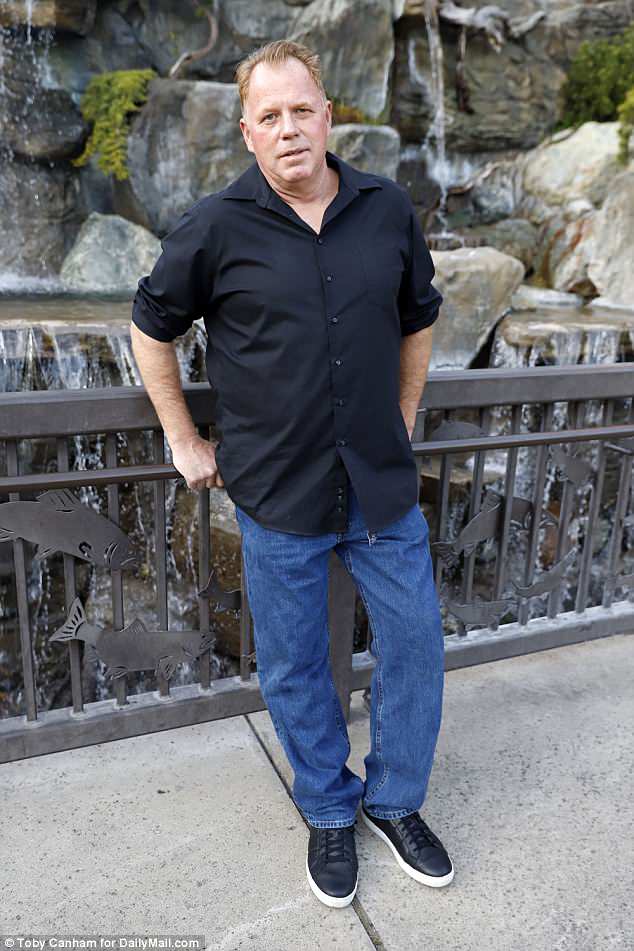 Thomas Markle Jr (pictured earlier this year) has reversed his attacks on his half-sister Meghan, saying now that he feels like an ‘a**’ and that she is ‘incredible’

In the last few months, he has written more than one letter to magazines trashing his half-sibling and telling Prince Harry not to marry her.

Markle Jr., 51, attempted to blame his attacks on his half sister on the media attention his family has received since she and Harry began their relationship.

‘Ever since it started with Meg dating Prince Harry, it’s been a media storm nightmare for me and my entire family, which is entirely true.

‘It puts you in a different mindframe and puts a lot of stress you don’t even realize on you. Being photographed, followed, your private life turns upside down.

‘It’s hard on everybody. Things get done out of frustration then you look back and you know you’ve made a mistake,’ he said.

He went on to share his ‘fondest’ memory of hs estranged half-sibling.

‘My favourite and fondest memory of Meghan is – well, it was an unfortunate time with my grandmother passing – but in the two years prior to that we would spend every other weekend together, with my grandmother, and it was a very personal time.

‘She gave selfless attention and cared for my grandmother. It was incredible. Meghan would come into the room and she would light up like a Christmas tree. 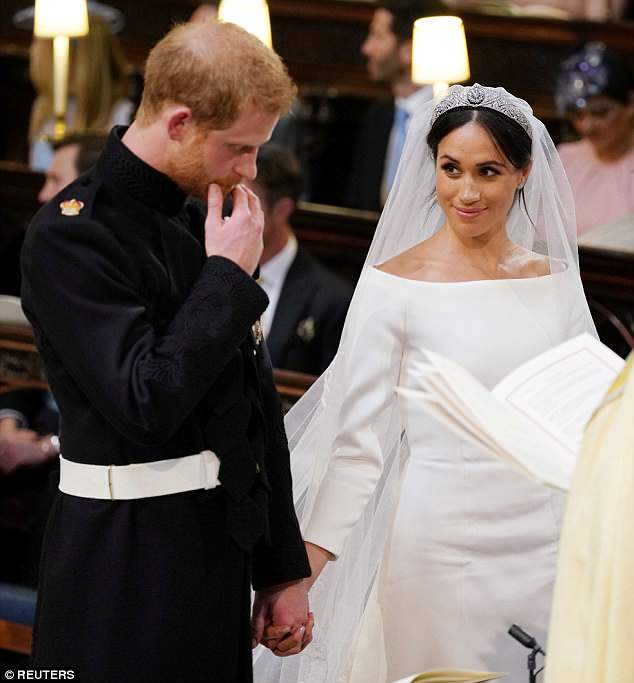 Meghan Markle married Prince Harry in an extraordinary ceremony at St George’s Chapel in Windsor on Saturday. Thomas Markle Jr. was not invited

He said it was ‘understandable’ that she threw herself into the role of a lifetime on Suits and, despite previous comments, now doesn’t blame her for it.

‘When she went to Toronto, and jumped right into that, it was her biggest role. When you jump into Hollywood like that it demands so much of you; it pulls you in every different direction, away from your family and away from contact.

‘And that’s completely understandable – that’s Hollywood. If you ask any actress or actor they’ll do that first before anything. We still remain close at heart.

‘If I was in Meghan’s shoes I would get caught up and forget to make that phone call.

‘We didn’t have a falling out, we always had a great relationship and I’m very proud of her. I was busy in my life too and I’d relocated from LA.

‘Everyone gets busy. It’s normal in our family,’ he said.

Considering himself an expert on the occasion, he predicted that the bride’s dress would be ‘the nicest dress anyone has ever seen’. 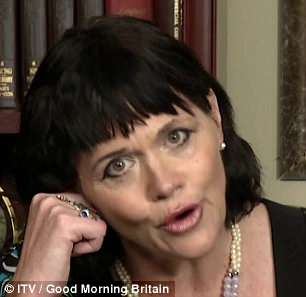 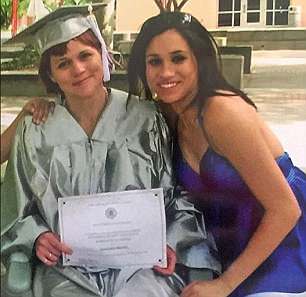 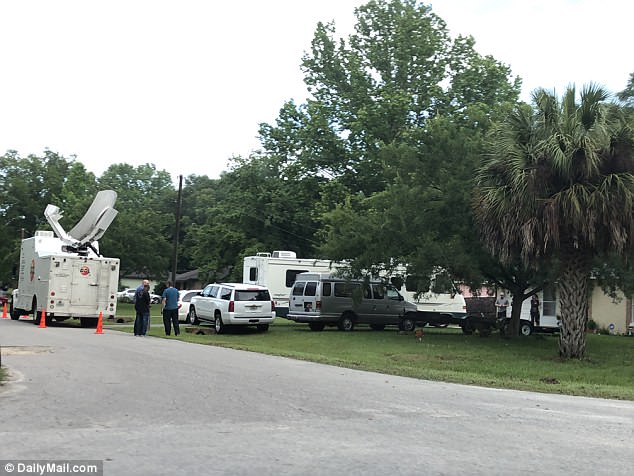 On Saturday, Samantha continued her cashing-in crusade by inviting a TV crew round to her Ocala, Florida, home to watch the wedding

‘The dress is probably going to be the most stand out, one of a kind wedding dress ever made and she wouldn’t have it any other way.

‘It’s going to be the nicest dress anyone has ever seen – a proper princess. I don’t think being that it’s her second wedding dress has anything to do with it.

He added that their father, who has had his own share of embarrassment this week after it was revealed he had staged paparazzi photographs and taken money for it, backed out of the wedding at the last minute. 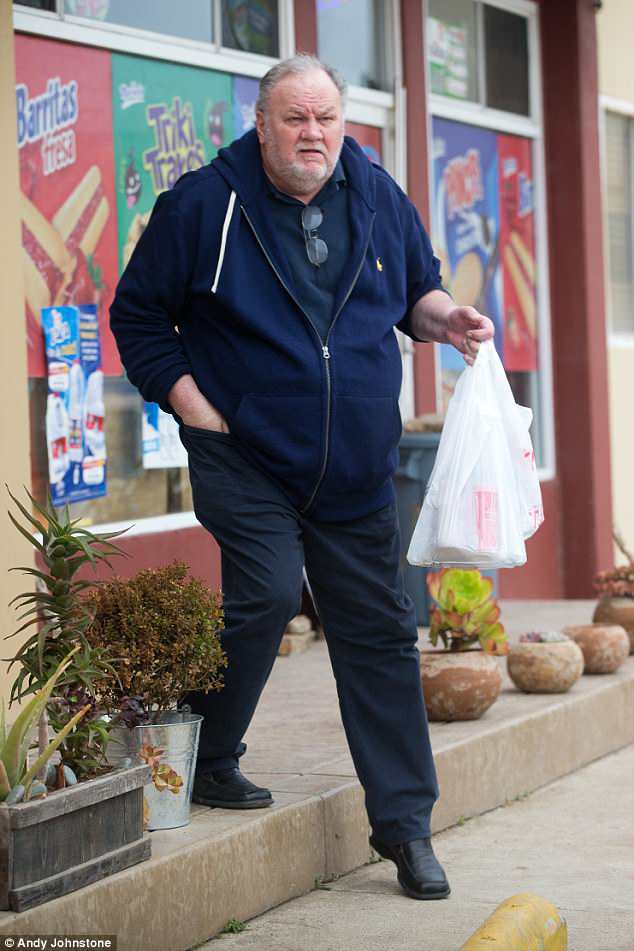 Also not there was the bride’s father Thomas Markle Sr. who embarrassed himself this week by staging paparazzi photographs and taking a sum for it. He suffered a heart attack and said that was the reason he would not attend 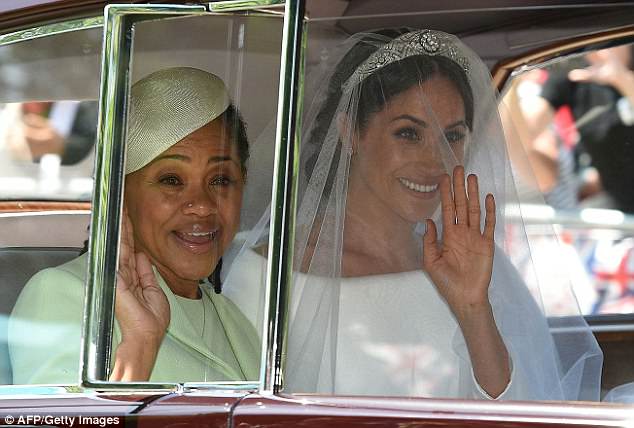 Doria Ragland, Meghan’s mother, was the only member of her family who was seen. She beamed with pride throughout her drive to the chapel with her daughter and during the emotional ceremony

Thomas Markle Sr. said a recent heart attack, which he suffered days before he was due to walk his daughter down the aisle, kept him from the event.

Markle Sr. said his father was happy Prince Charles stood in to accompany Meghan for some of her long walk down St. George’s Chapel.

‘I think my dad would be sad that he can’t be here but if there was a choice he would be overjoyed Prince Charles is there,’ he said.

Markle Jr. added that he was sure Meghan and Harry would be eager to start their own family soon and painted her as a maternal figure who had long doted on his children. 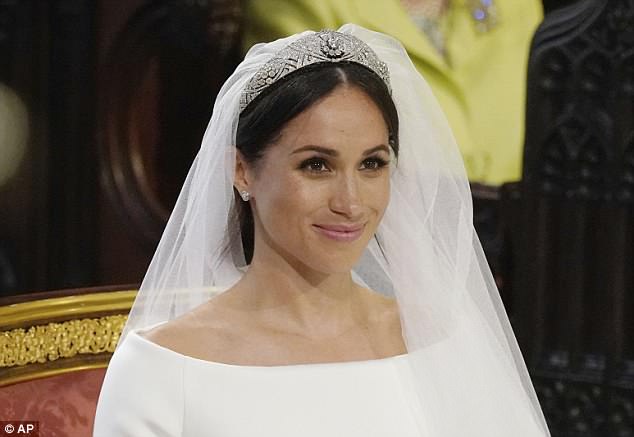 Meghan, 36, is pictured in St George’s Chapel on Saturday during her wedding to Prince Harry. Her half-brother said on Friday that she is ‘incredible’

‘When she was young, dealing with my kids and the way she interacted with them and loved them unconditionally and played with them, it was very obvious she loves children.

‘She’ll be looking forward to starting her family and that’s a good thing. She’s going to have a great time.

‘I wish them all the happiness in the world,’ he said.

The only member of Meghan’s family who was visibly present at the wedding was her mother, Doria Ragland.