Follow
Home » World News » Those who lived, loved and are gone: Jack Alexandrou 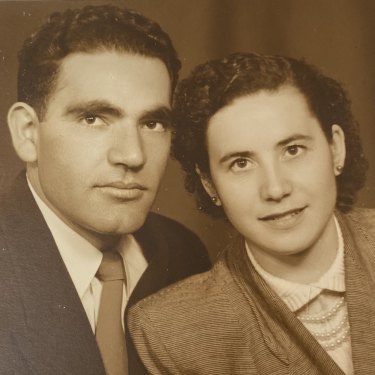 Jack Alexandrou and his mates wanted to get to the Cypriot Community Club, then in Lonsdale Street, Melbourne, from Carlton, where they boarded with Jack’s aunt.

Armed with his aunt’s instructions to catch a taxi – it would have a light on the roof, she said – the young Greek Cypriot and his friends hailed a car and piled in.

When they reached the club, Jack offered the driver a handful of money.

“No mate,” said the driver. “You’re welcome. This is a police car. Next time, look for a yellow light on the roof.” 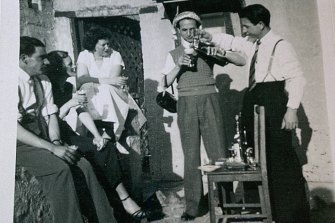 Jack (left) with his brother-in-laws Jack and Andrew Constantinou. Pictured at the Greek Cypriot Cafe in King Street in Melbourne, which was owned by Andrew.

The story from Jack Alexandrou’s time in early-1950s Melbourne became a staple at family gatherings; a humorous reminder of the puzzles a young immigrant faced.

Jack was born in 1927 in the village of Ayia Triatha, Yialousa, in northern Cyprus. He left school in grade six to toil with his father on the family tobacco and carob farm.

At 25, he struck out alone for Australia, sponsored by godparents who had made the trip from Cyprus some years previously. The young man arrived in February 1951, and worked at his godparents’ cafe in Richmond before moving with them to set up a brick factory in Horsham. 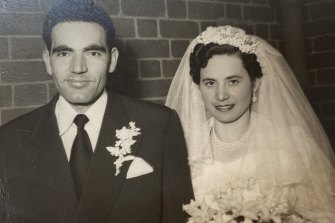 Jack married Magdalini on September 25 in 1955.

In 1955 he discovered Andrew’s Cafe in King Street, Melbourne, which specialised in Greek Cypriot meals.

The cafe was owned by two brothers, Andrew and Jack Constantinou. Their sister, Magdalini, was visiting from Cyprus, and, growing tired of doing the dishes, was preparing to return home.

Andrew advised his sister she should instead find a young man, and pointed out a group of prospects sitting in the cafe. The quiet one, Jack Alexandrou, was reliable and respectful, he advised. 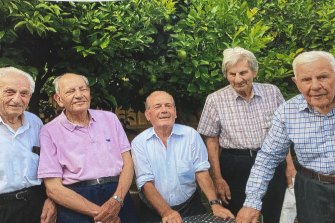 Jack and Magdalini were married within six months. They chose a Sunday – September 25, 1955 – because Collingwood was playing in a preliminary final on the Saturday. Jack had learned football was all-important in Melbourne. Collingwood became the family obsession.

Soon, Jack and his new brother-in-law Jack Constantinou pooled resources and bought a house in Abbottsford.

There, Magdalini and Jack Alexandrou became parents to Alex and Irene, the start of an Australian dynasty that eventually stretched to five grandchildren and five great-grandchildren. 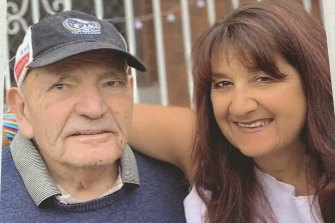 Jack and his daughter Irene.

In 1960, Jack and Magdalini moved to Preston. Along the way, they gathered friends who stuck for life, including all those young men surveyed by Magdalini before she settled on Jack in Andrew’s Cafe. No one left their home without a pile of fruit and vegetables from the garden.

Jack worked for 35 years as a guillotine operator at Brownbuilt, an office furniture business.

In retirement, he and Magdalini devoted their time to grandchildren, freeing their own children to work.

Somehow, savings were found for several trips to visit family in Cyprus, each two or three months long. 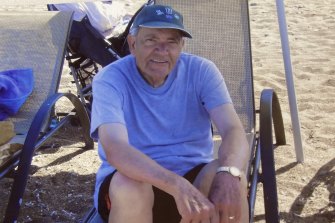 Jack, a shy and unassuming man, wasn’t deterred by his early embarrassment from catching taxis. He didn’t take up driving until he was 55. Aged 90, he had his first accident when he backed into a parked SUV.

His family believed he should have had plenty more good years: his father lived to 102, a sister died aged 103 last year and another sister, still living in Cyprus, is 98.

The Age welcomes submissions from families or friends who would like to pay tribute to those taken by the pandemic for inclusion within this series. Please contact [email protected] and [email protected]

And, are, lived, Loved, Those, Who
You may also like:

Who is Rudy Giuliani's daughter Caroline?