Thousands hit the streets of Glasgow for Pride

A record number of people, many carrying rainbow flags or holding placards, marched in the Glasgow Pride parade today.

The parade, which included more than 12,000 people, crossed the river and headed through the city to Kelvingrove Park where the music event was held.

Although many enjoyed the huge LGBT celebration, some were turned away from Kelvingrove Park despite buying tickets, after being told it had reached capacity. 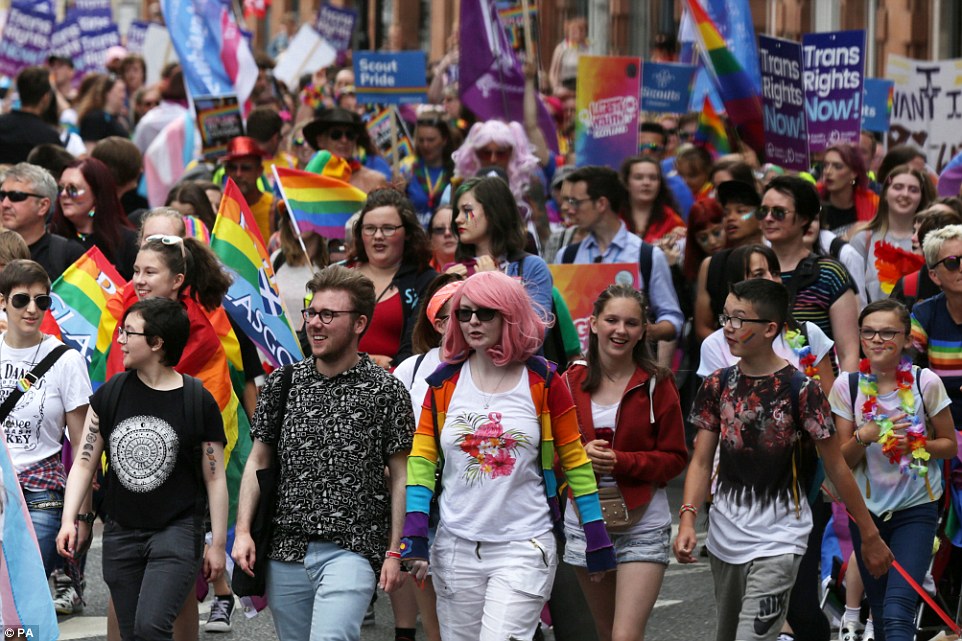 Thousands of people, many holding rainbow flags and placards took to the streets of Glasgow to take part in Pride event 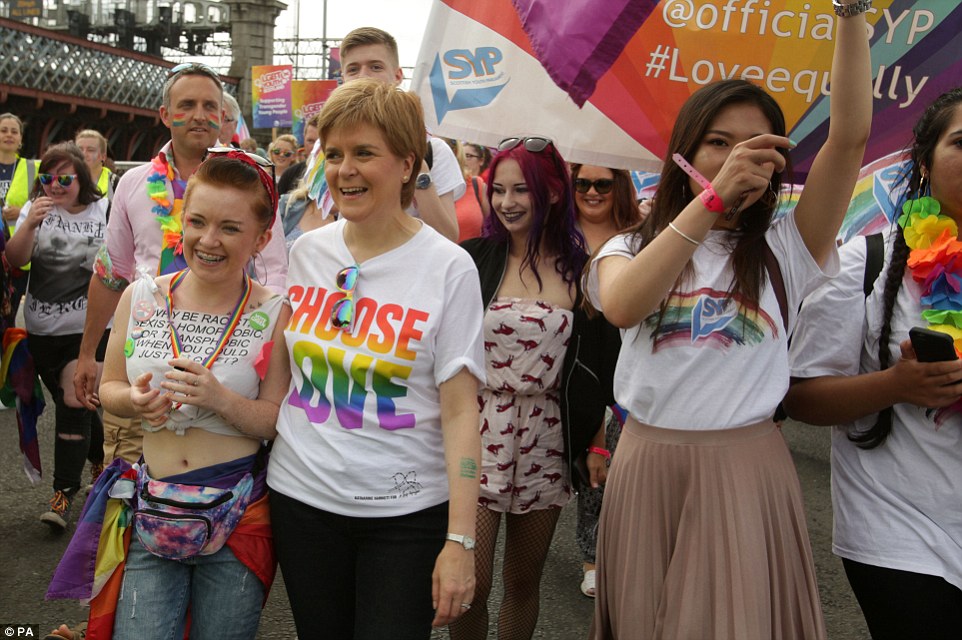 Leading the parade was Scottish First Minister, Nicola Sturgeon, the  first minister in the UK to march at a Pride event.

Wearing a T-shirt with a rainbow coloured ‘choose love’ logo, the First Minister headed up Glasgow Pride as it left Clyde Place, alongside Suki Wan, chair of the Scottish Youth Parliament.

Ms Sturgeon was named honorary grand marshal for the event in recognition of her long-standing support for LGBTI equality.

She said: ‘It’s a real honour to be here leading the pride march

‘Last year I became the first serving head of government in the UK to address a pride rally so when I got the invitation to lead the march this year I was very keen to do it.

‘Pride marches are all about celebrating and affirming values that I think are important to many people across the country.

Pride apologised to those who had been turned away from the event.

Organisers posted on Facebook: ‘Glasgow Pride apologises unreservedly to those people who purchased tickets and were unable to enter the site.’ 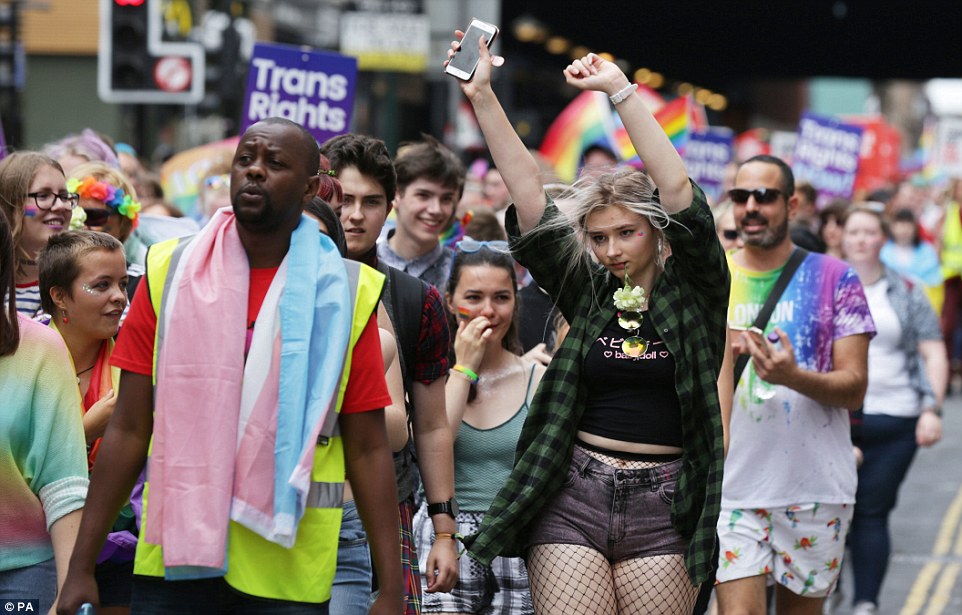 A record 12,000 people marched in the Pride parade today but some were turned away despite buying tickets for the event 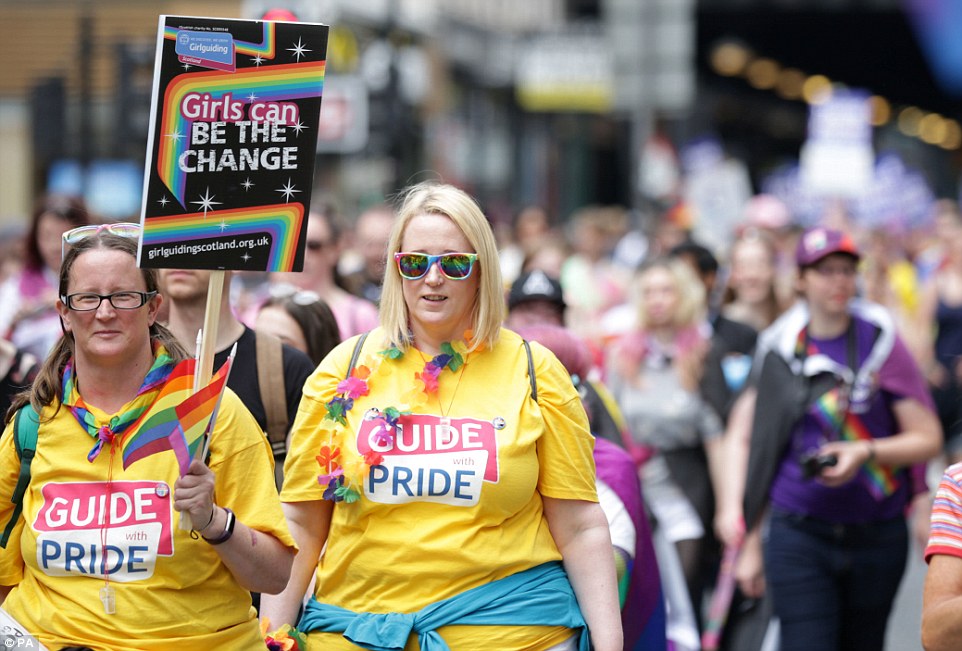 Two women wearing a T-shirt bearing Guide with Pride logos marching in the Pride parade, which finished at Kelvingrove Park 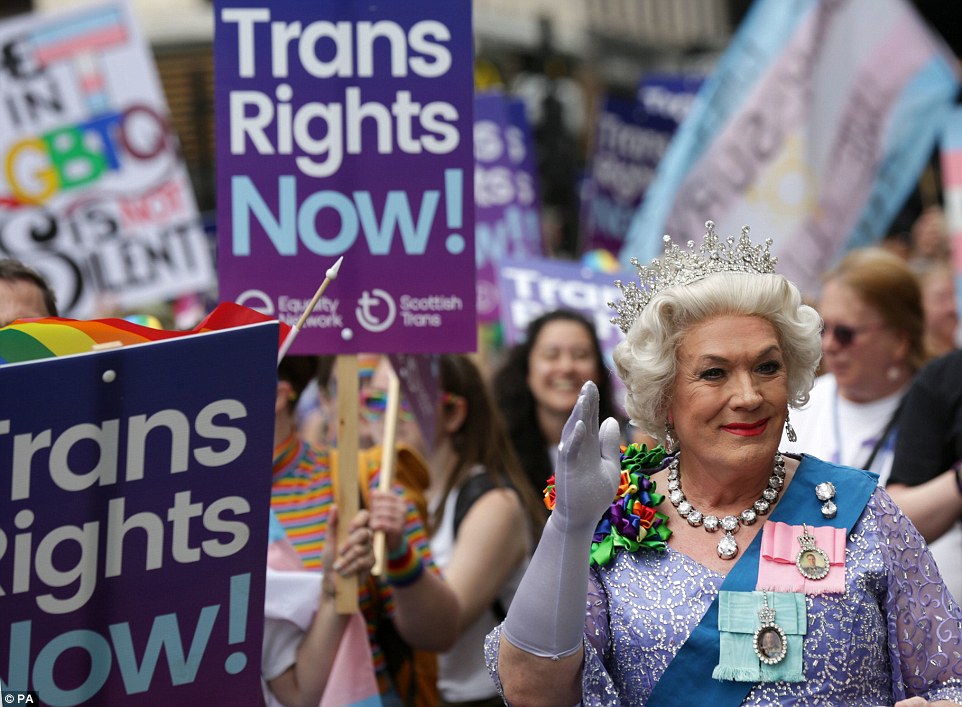