A LARGE motorcade with supporters of President Donald Trump passed through Des Moines, Iowa on Saturday waving flags and banners.

More than 1,500 people in 500 cars, trucks and motorcycles were estimated to have participated in the rally honoring Trump as it made its way from the suburbs to the State Capitol downtown. 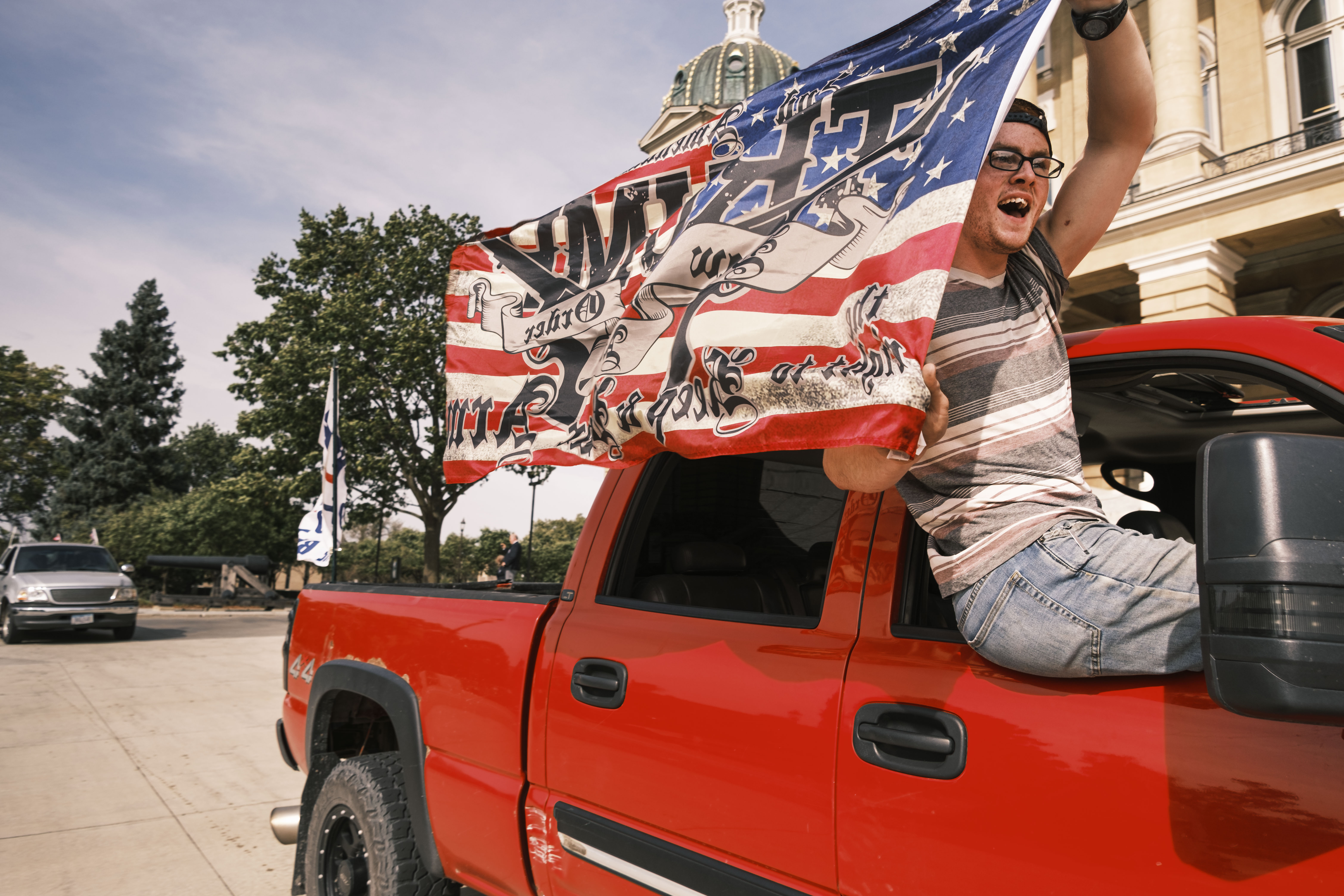 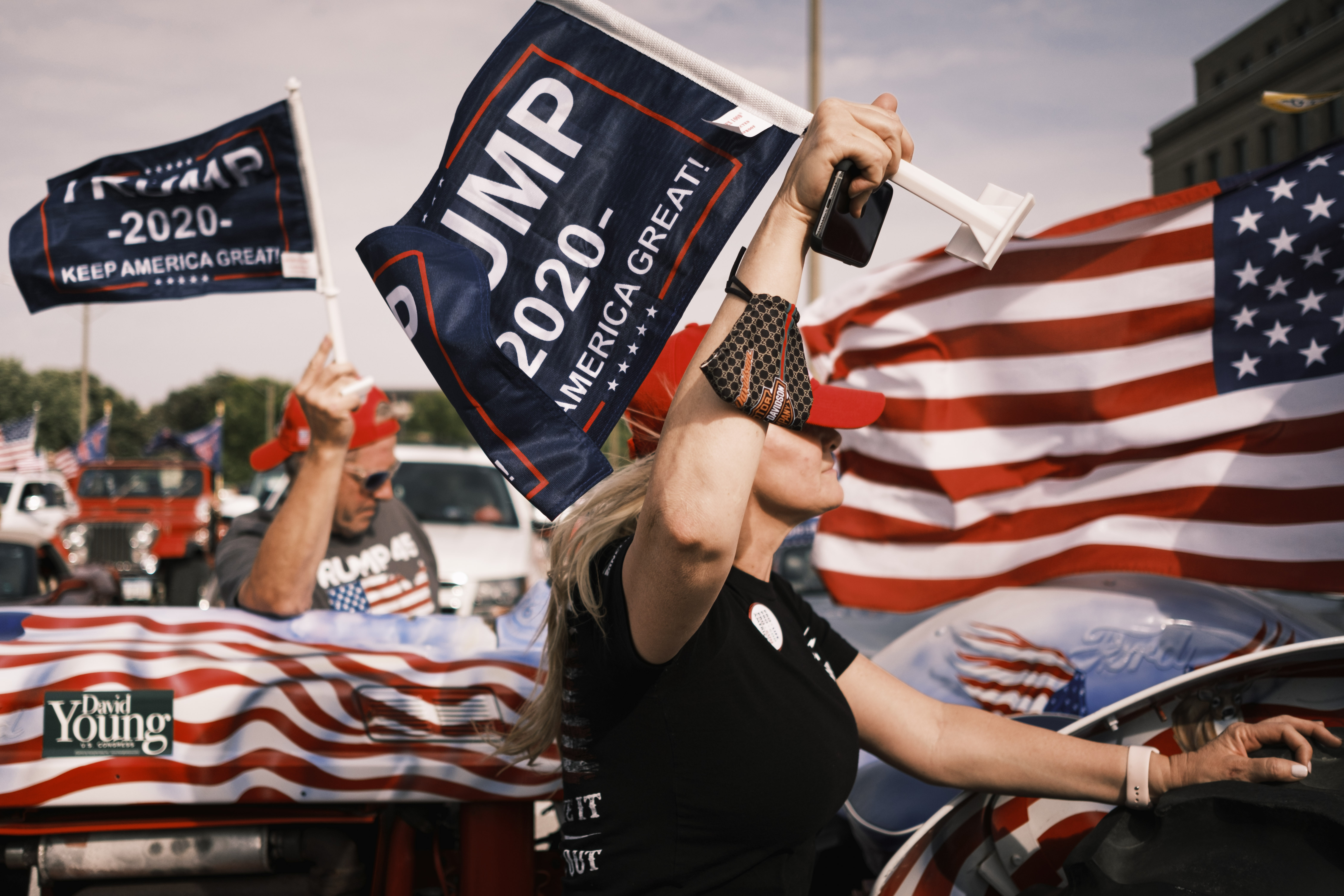 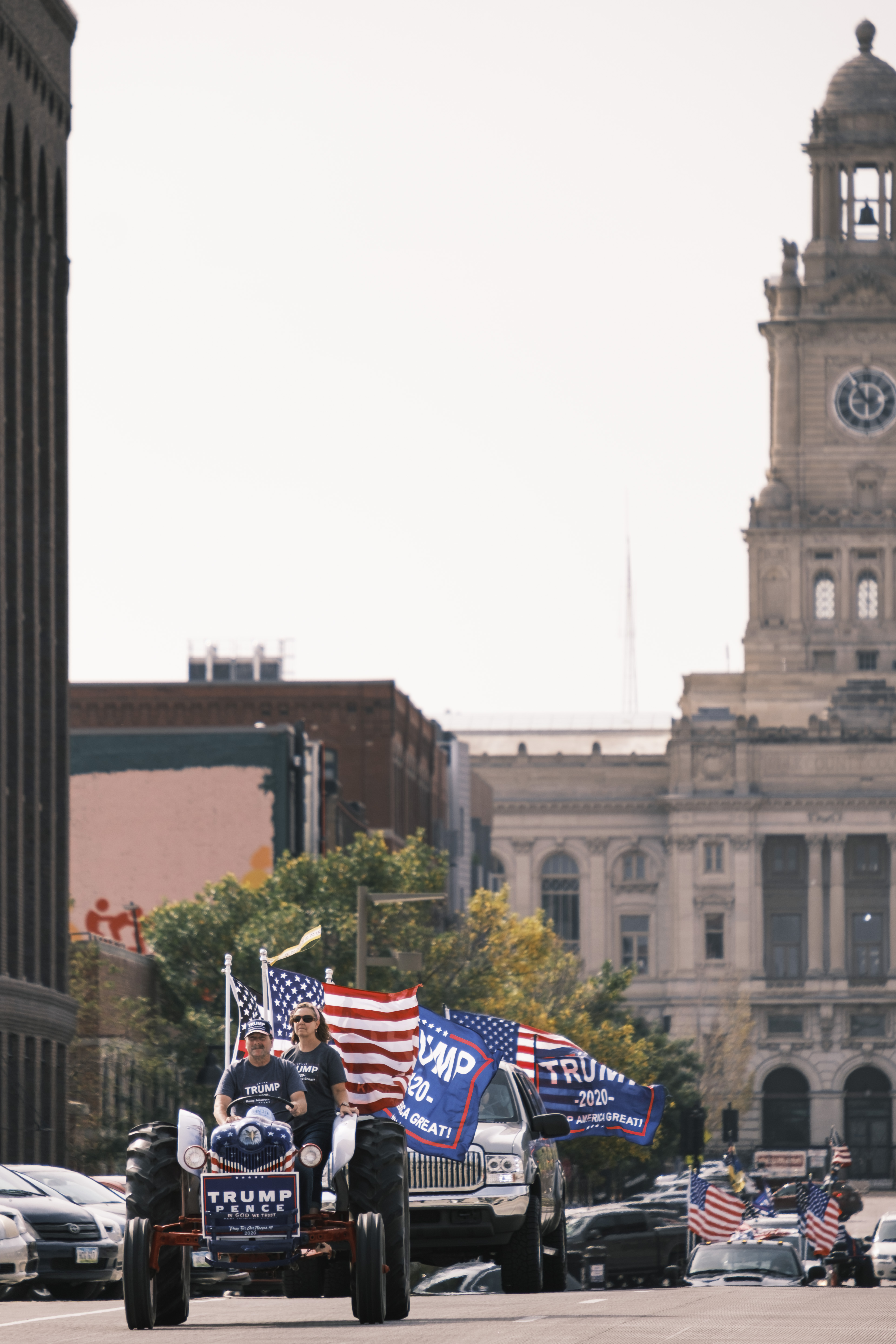 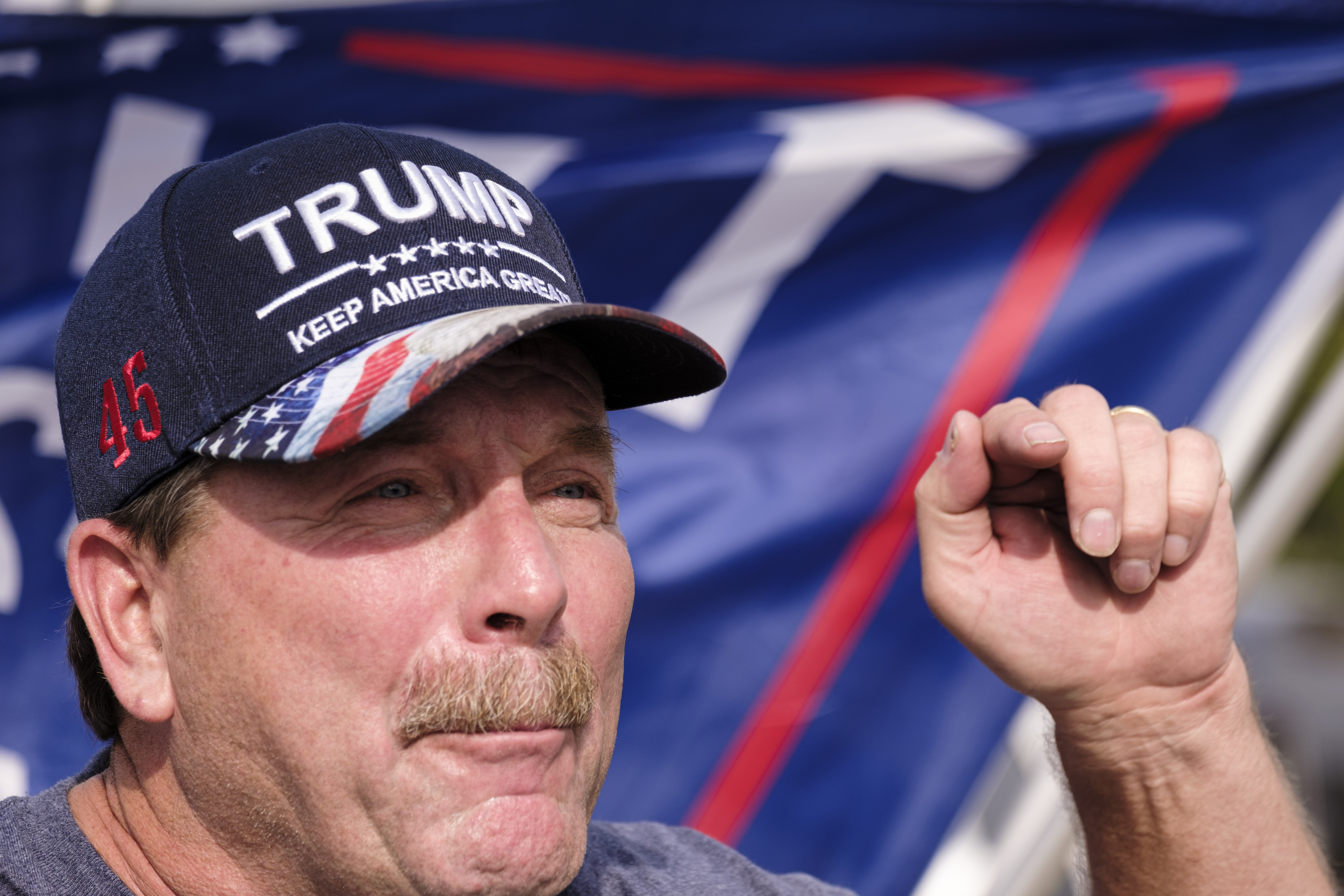 Gary Leffler, an often-publicized Trump supporter, organized the event and was seen handing out high-fives as the motorcade passed.

“This is the people rising up, getting together and saying, 'Hey, we are no longer the silent majority. We are tired of the status quo and we are working hard to get President Trump re-elected,'" Leffler told local outlet KCCI. 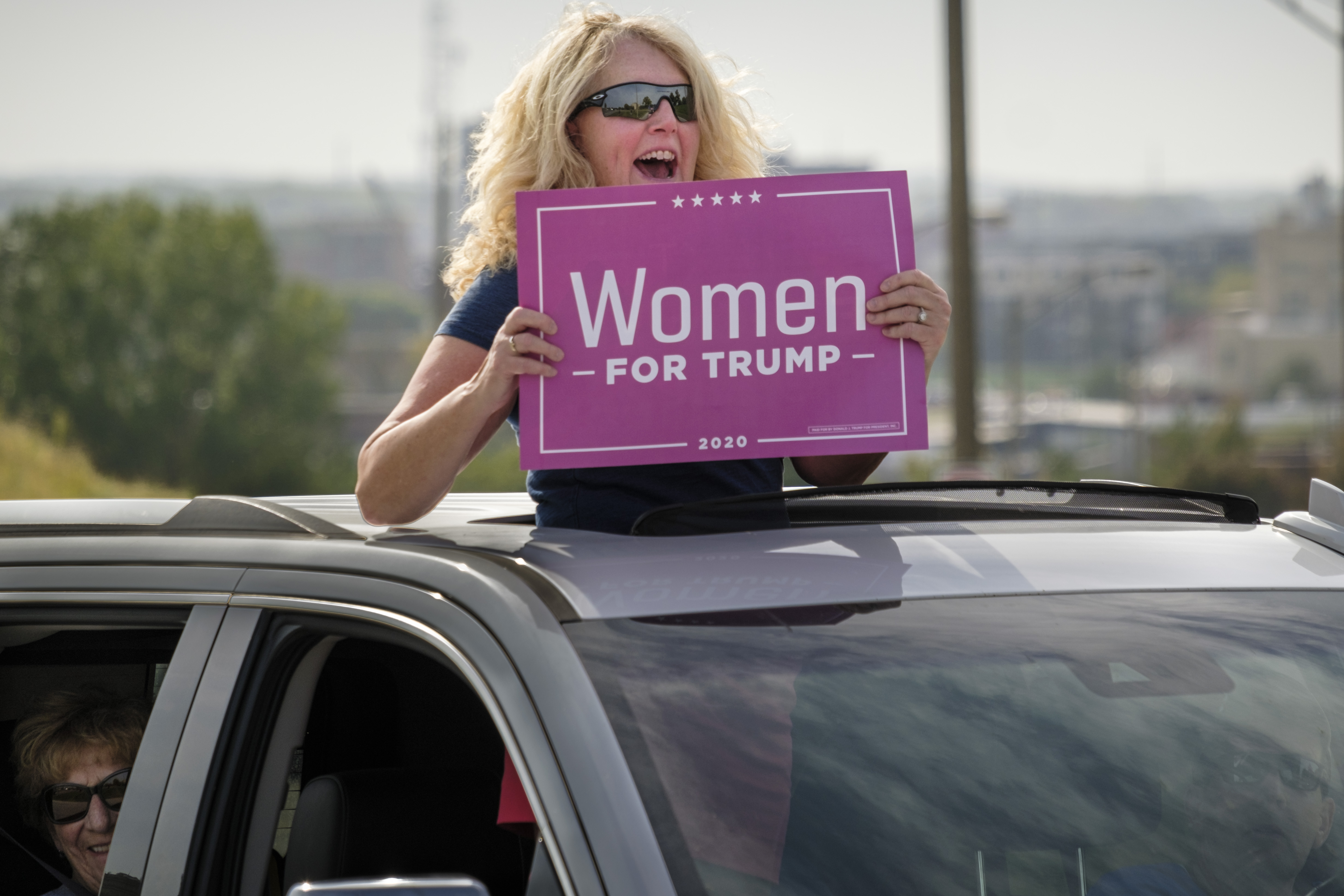 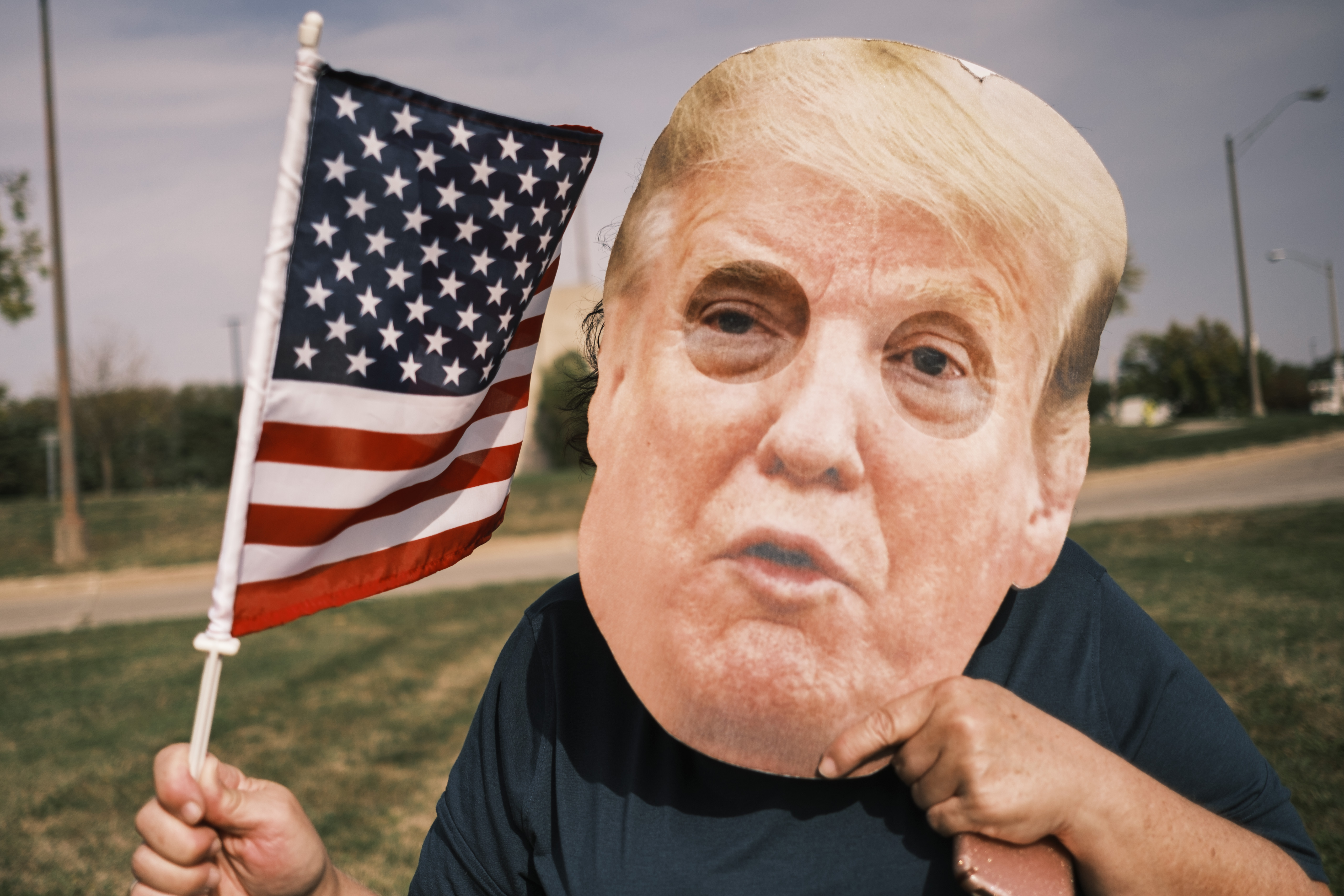 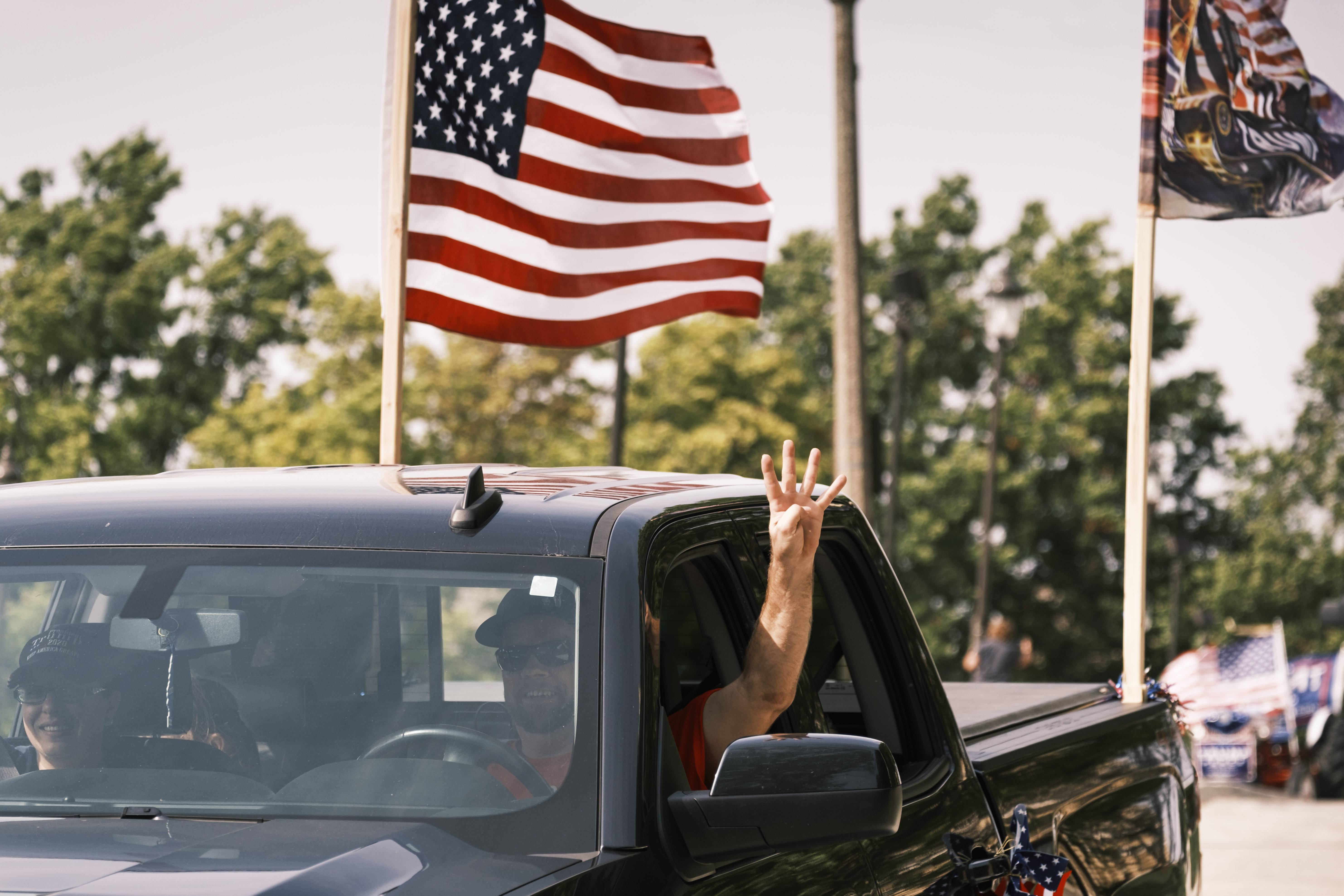 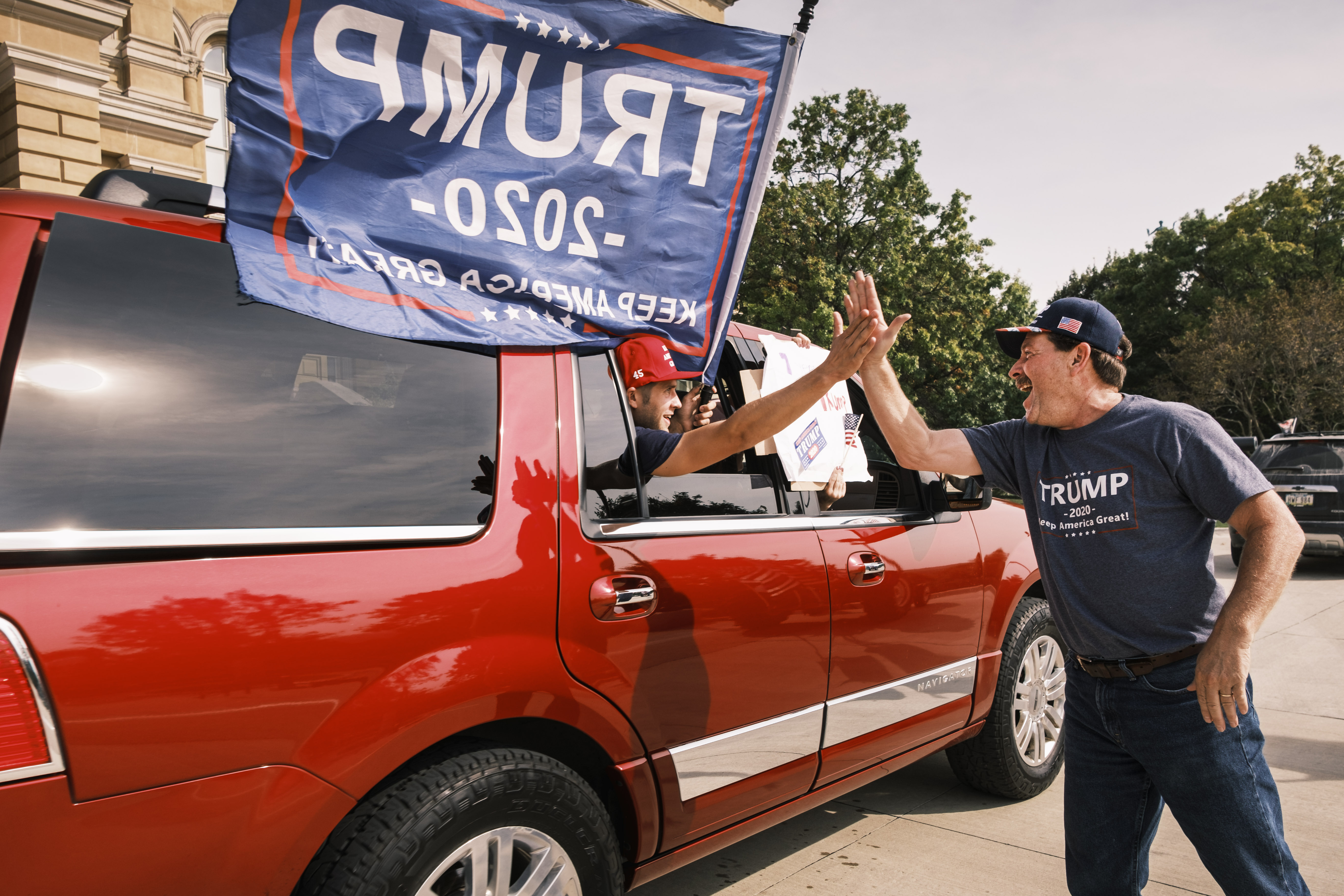 Members of the Women for Trump movement also held signs during the motorcade, signaling the support of women voters in the state.

One woman, holding a Thin Red Line flag in support of firefighters, was pictured wearing a shirt that read: “I’d rather get COVID-19 than BIDEN-20.”

Trump will face former vice-president Joe Biden the first presidential debate on Tuesday ahead of the November 3 election.

In 2016, Trump walloped Hillary Clinton in the Hawkeye State – getting 51 percent of the vote compared to Clinton’s 41.7 percent.

Fans, H, join, of, THOUSANDS, Trump
You may also like: