Three Britons have died after a light aircraft crashed near Dubai International Airport, authorities have said.

A South African person on board was also killed when the plane came down about three miles south of the busy transport hub.

The four-seater DA42, registered in the UK, was calibrating terrestrial navigation systems at the airport, the Dubai Civil Aviation Authority said in a statement.

The plane is owned by Honeywell, which provides engineering services and aerospace systems.

The Dubai Media Office tweeted that the “relevant teams are on the scene”.

It added that an “accident involving a small plane with four passengers occurred”.

Some flights were diverted as a “precautionary measure to ensure security”, it said. 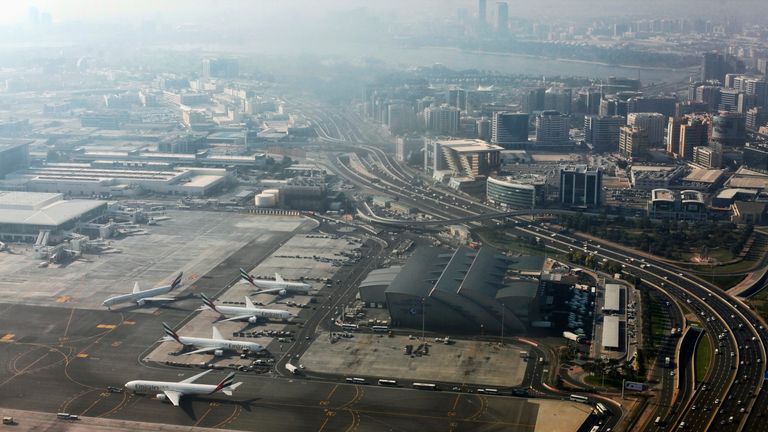 An investigation has begun and air traffic has returned to normal.

The airport is the world’s busiest when measured by international passenger traffic.

It is also the busiest airport for Airbus A380 and Boeing 777 movements.

as, Britons, killed, small, three
You may also like: