Three fraudsters are jailed for a total of six years over 50mph ‘crash for cash’ motorway scam that saw them make brazen £28,000 whiplash injury claim after targeting innocent driver

Three fraudsters have been jailed for a total of six years for a 50mph ‘crash for cash’ motorway scam that saw them make a brazen £28,000 whiplash injury claim after targeting an innocent driver.

Footage shows Mohammed Azam, 47, driving down a M6 slip road near Coventry on April 1, 2017 before suddenly slamming on the brakes, causing the driver behind to smash into his rear.

His accomplices Husnain Ahmed, 22, and Sufyan Lone, 25, who were in the same car, joined him putting in whiplash claims. But they were caught out when the driver tipped off insurer Hastings Direct, who passed his dashcam footage to police. 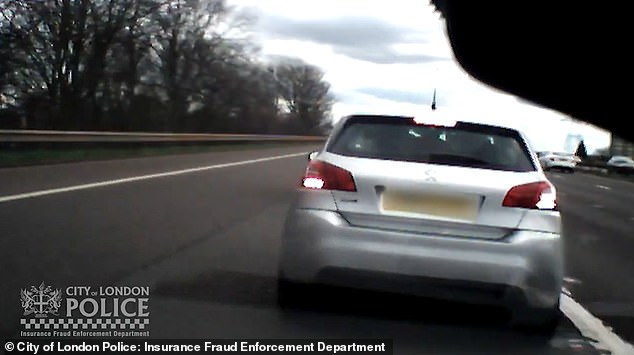 Footage shows Mohammed Azam, 47, (in the silver car in front) driving down a M6 slip road near Coventry on April 1, 2017 before suddenly slamming on the brakes, causing the driver behind to smash into his rear

The three men all pleaded guilty one count of conspiracy to commit fraud by false representation at Birmingham Crown Court.

The court watched dashcam footage of Azam’s car driving erratically in front before he suddenly stopped, causing the smash.

Azam told City of London Police’s insurance fraud division that he had been involved in a road rage incident with the car in front, which caused him to brake.

Another of the fraudsters who got out of the car after the crash claimed he was forced to stop because of a lorry, but this was also shown to be a lie. 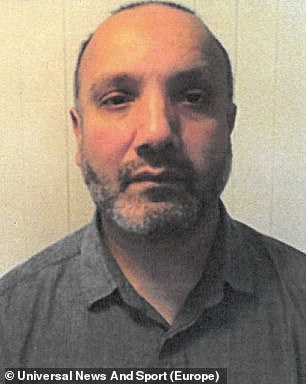 Azam (pictured) was given 25 months in prison

Detective Constable Kevin Hughes, who the led the investigation for City of London’s Insurance Fraud Enforcement Department, said: ‘These men were solely focused on making a financial gain and clearly didn’t care about endangering the innocent driver they targeted, as well as other drivers in the area.

‘Despite driving at such a high speed, thankfully no-one was seriously injured and it resulted in was these men getting the punishment they rightly deserve.’

Azam and Ahmed were given 25 months imprisonment while Lone received 20 months.

‘The sentencing in this case sends out a strong message and we are delighted to work with the Insurance Fraud Enforcement Department and bring these fraudsters to justice.’ 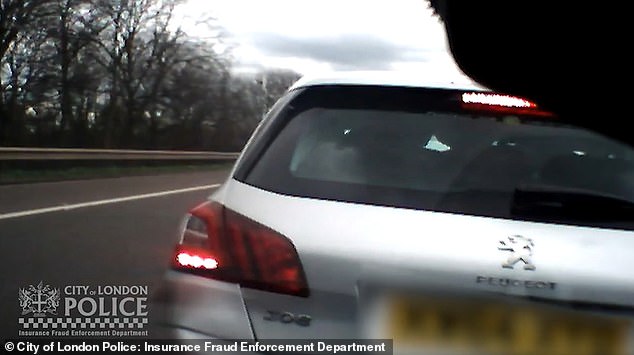 Azam’s car suddenly stopping, causing the car in front (from which this dashcam footage was filmed) to slam into it 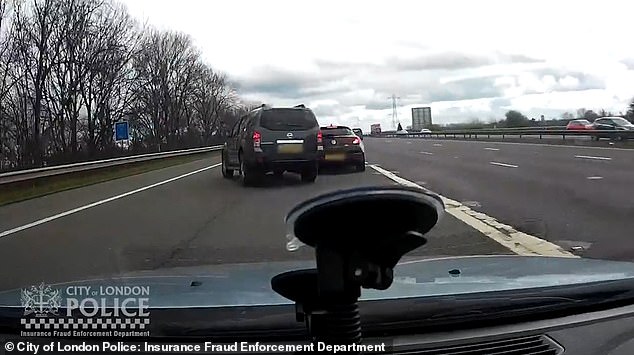 Another driver with dashcam approached the scene a few seconds later, where other drivers were seen swerving past Azam’s car and the one that crashed into the back of him