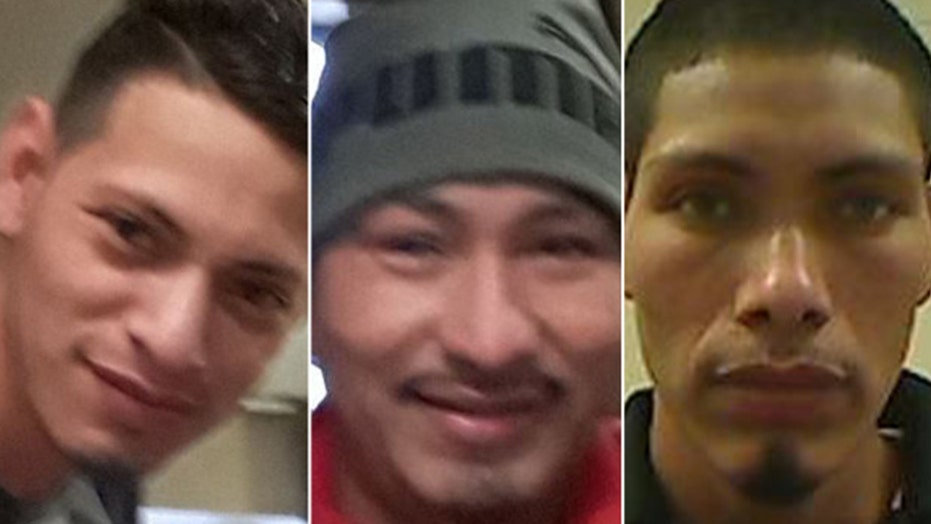 Three immigrant brothers in their 30s have been accused of raping a 10-year-old Louisiana girl, who locked herself in a bathroom to get away from her alleged attackers.

Two of the suspects, identified as Raul Paz-Perez and Wilmer Paz-Perez, were in the country illegally and arrested Saturday on first-degree rape involving a juvenile under the age of 13. Their brother, Elder Paz-Perez, fled. 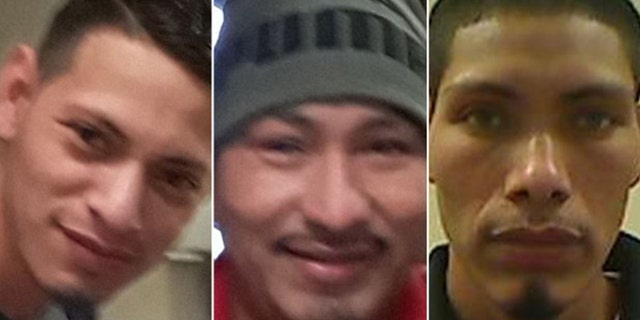 According to authorities, the brothers were friends of the victim's family and were alone in the Kenner, La., house with the young girl in early September when they began to make sexual advances toward her.

The three men offered the girl money but she refused, running into the bathroom and locking the door. The men forced their way inside and raped her, police said.

Detectives are also looking into allegations that Elder Paz-Perez sexually assaulted the 10-year-old's 15-year-old sister after she told authorities about an incident that had allegedly taken place a few years earlier.

Two stepsiblings of the 10-year-old girl are also being interviewed by detectives, Lt. Michael Cunningham told The New York Post.

Raul and Wilmer Paz-Perez are being held without bail at the Jefferson Parish Correctional Center. Immigration and Customs Enforcement detainers have also been put on them because they were in the United States illegally.

Cunningham said authorities don't know where Elder Paz-Perez is but that he "may be out of state."