The giant orca was among a pod of the sea hunters seen by thrilled ferry passen­gers on Saturday afternoon. 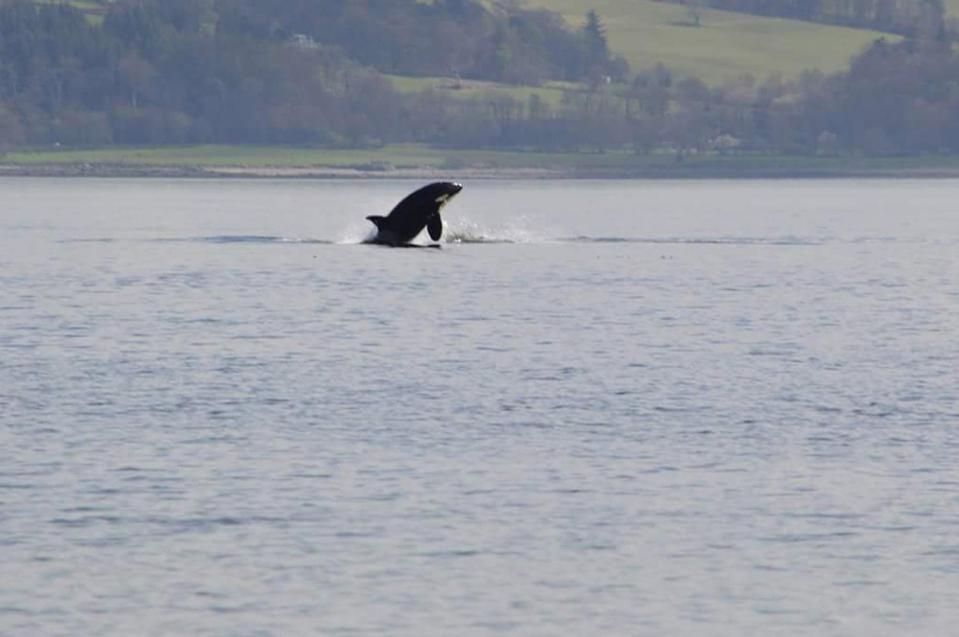 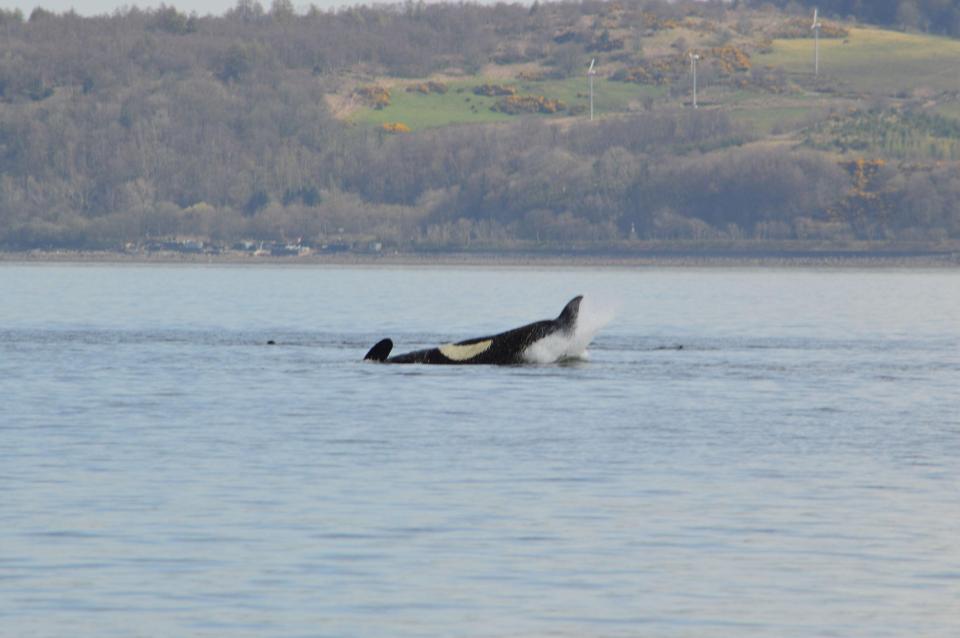 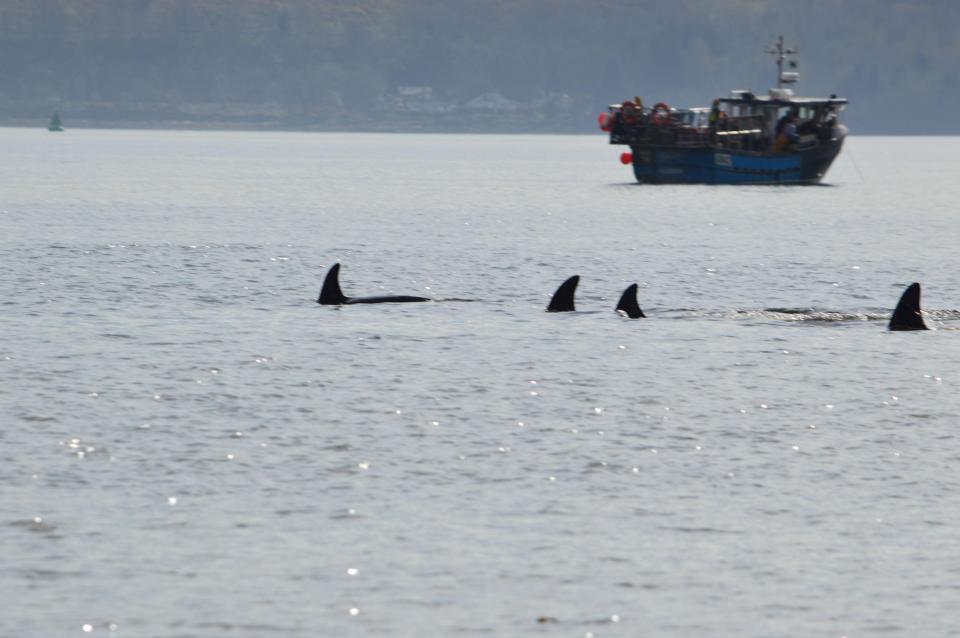 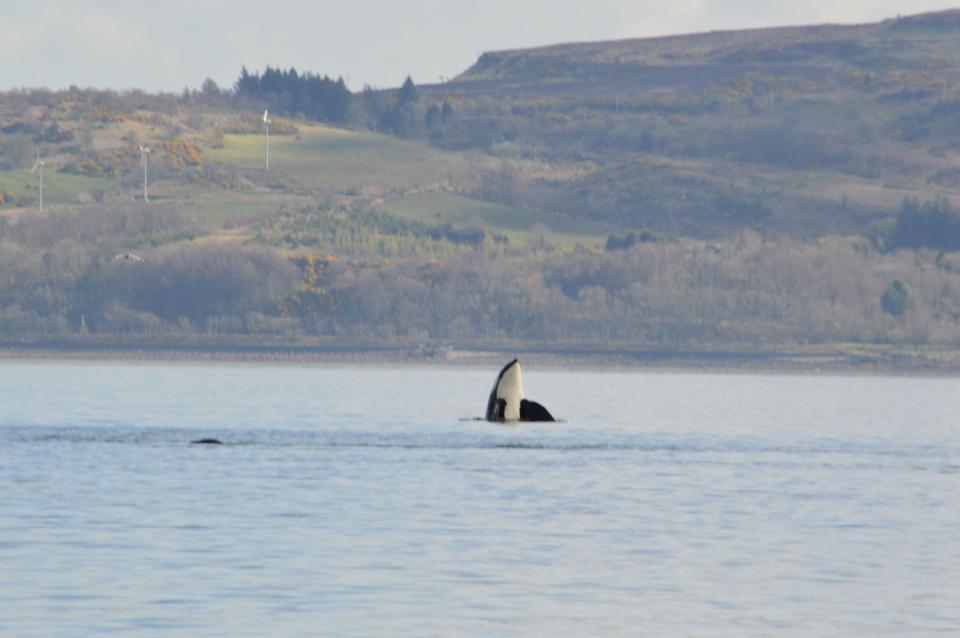 Lindsay Moss filmed the group, which included a youngster, near Dunoon, Argyll and Bute.

All were seen rising to the surface before disappearing back beneath the water.

In the UK, orcas are spotted most regularly around the Shetland and Orkney islands.

Despite their 'killer' nickname, they have never been known to show aggression to humans in the wild.