Thug kicks and punches ambulance as patient is treated inside

This is the shocking moment a mindless thug charges into an ambulance then punches its wing mirror while a patient was being treated inside.

CCTV shows the yob carry out the ‘senseless’ attack in Woodside, Telford, at about 1.20am on Monday during an argument with a woman.

Footage from the vehicle’s on board cameras shows him lash out at the wing mirror and kick the doors, leaving mud smeared up the side.

The van had to be taken off the road for several hours after the unprovoked tirade of violence.

West Midlands Ambulance Service, who described it as a ‘senseless’ attack, are now appealing for anyone who knows the thug to contact police. 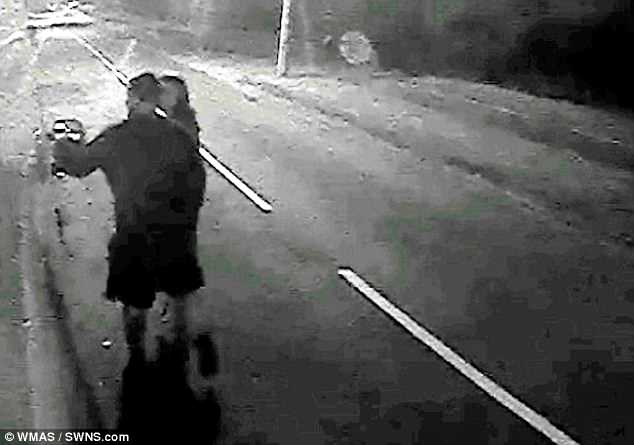 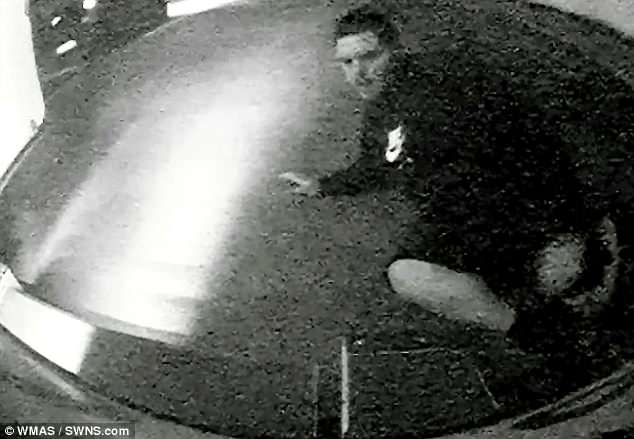 ‘Rather surprised when treating a patient in the back of the ambulance a random stranger began to attack the vehicle!

‘Police requested, we got away safely but damage means that vehicle now off road. All people okay, thank goodness.’

Operations Manager Edd Davis, who went to support the crew, also tweeted: ‘A disgusting act of vandalism caused by a male in Telford tonight, breaking a wing mirror and throwing mud up the side of the vehicle.

‘Now vehicle is off road and can’t help anyone.’

A West Midlands Ambulance Service spokesman said: ‘How can it possibly be appropriate for anyone who has nothing to do with the case the ambulance crew are dealing with to suddenly start attacking the vehicle?

‘Sadly, many of our crews are familiar with this sort of behaviour, but when you are a patient, this must have been terrifying. Any such actions are abhorrent.

‘We will be pulling the CCTV from the vehicle and passing it to the police but we would ask for anyone who has any information about this despicable incident to contact West Mercia Police on 101 and quoting incident 16s.’ 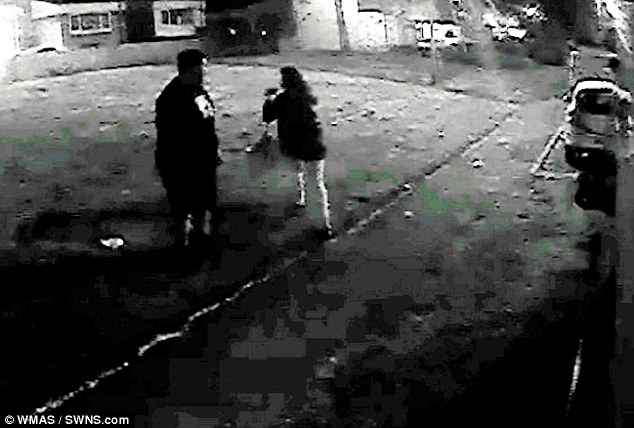 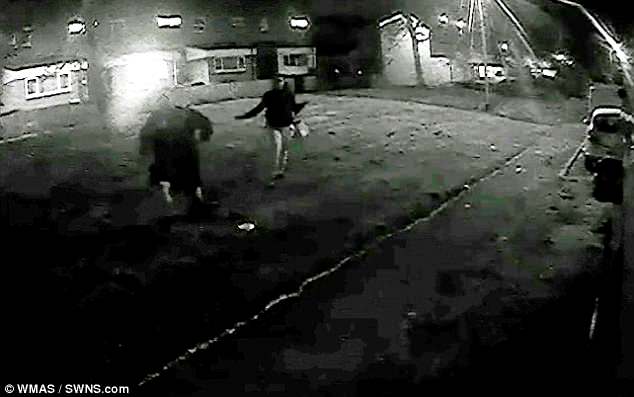 West Midlands Ambulance Service – which features on the hit BBC One programme Ambulance – are no strangers to abuse.

In February Kirsty Sharman from Stoke-on-Trent left a furious note on an ambulance demanding it be moved from outside her house.

It read: ‘If this van is for anyone but No. 14 then you have no right to park here. I couldn’t give a s*** if the whole street collapses. Now move your van from outside my house.’