A mother is beaming as her daughter masters the art of walking despite being told by doctors that she’d be paralysed.

Bethan Simpson, 27, from Burnham-on-Crouch, Essex, says she could have fallen over with shock when she saw that her daughter, Elouise, now one, taking her first steps.

After Eloise was diagnosed with spina bifida, before she was born, Bethan says she was told by doctors that her daughter wouldn’t walk as her spine was not developing correctly.  This meant the nerves that control her legs would not work properly.

But heartwarming footage shows the determined one-year-old confidently walking around her house and garden and venturing down the street to splash in puddles. 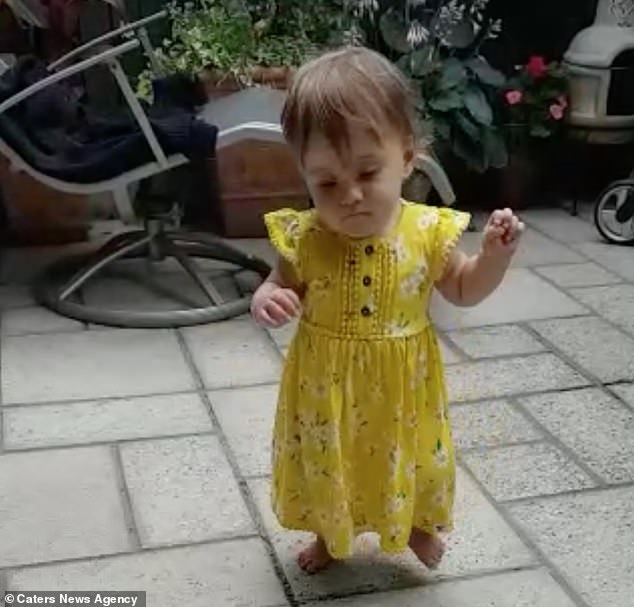 Bethan Simpson, from Essex, is beaming as her daughter Elouise masters the art of walking despite told by doctors that she’d be paralysed before undoing prenatal spinal surgery

Bethan was offered a termination twice but she refused and now she is enjoying seeing Elouise hitting her milestones.

The mum-of-one, added: ‘When I saw her taking her first few steps I could not believe what I was seeing. I was in shock. I had to do a double-take to make sure I was not imagining it.

‘I was so emotional, I felt proud of Elouise for having so much strength and determination and for making huge progress that she had actually learnt to walk.

‘It is something that people take for granted, but we could not have been more happy to see her walking and thriving.

‘We thought she was going to need a lot of assistance throughout her life, so to see her do this by herself was extra special.’

When Bethan was 20 weeks pregnant she went for a routine scan, which had shown that there were some issues with Elouise’s head. 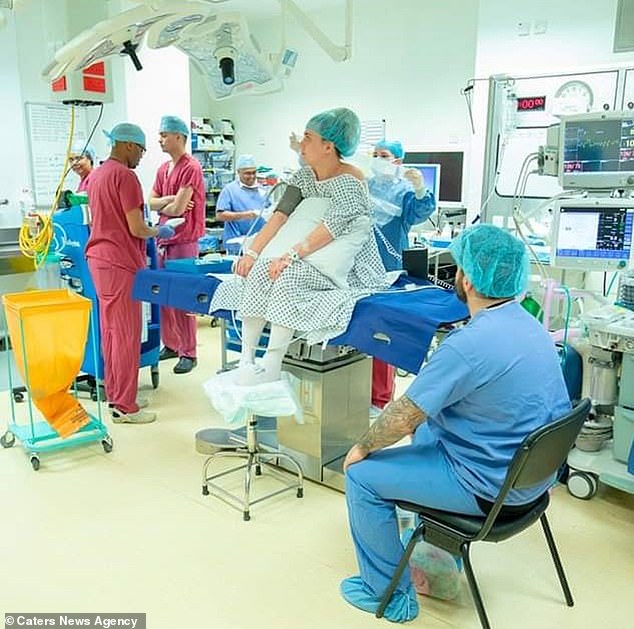 Pictured: Bethan before she was about to give birth to her daughter, Elouise, in April last year 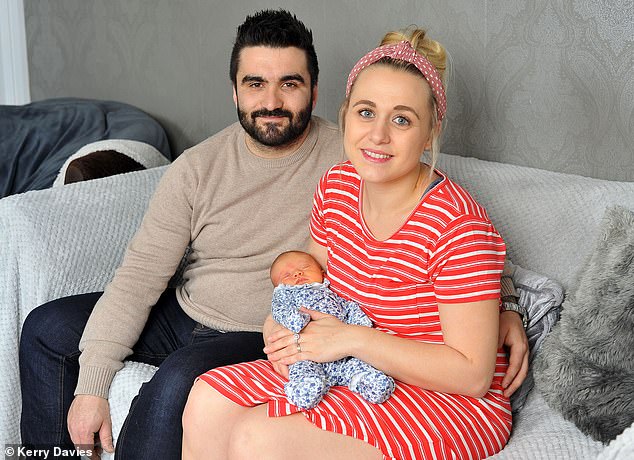 The Simpsons began IVF treatment in 2018 after three years trying for a baby. It worked on the second attempt (pictured: Bethan and Kieron Simpson pictured with baby Elouise in 2019)

The midwife suspected that it could have been due to spina bifida – when a baby’s spine and spinal cord do not develop properly in the womb, causing a gap in the spine.

Bethan was sent for further tests, where it was confirmed that Elouise had the condition.

Bethan, a mental health nurse, said: ‘When I heard this news I immediately thought I was going to lose my baby.

‘The doctors told me that she would be paralysed from the waist down, have no use of her bladder and bowel, and be intellectually delayed.

‘I felt like my world was crumbling around me, I was completely devastated, especially because Elouise was IVF conceived – I thought we had invested so much time, and now I might lose my baby.

‘To my horror, after the spina bifida was discovered, I was then offered a termination.

‘This really got my back up as I never thought that this was something I would be offered.

‘Within two days of my scan, I was referred to a hospital in London where I had another ultrasound and my options were explained to me.

‘I was once again offered a termination, or Elouise could have a postnatal repair, or there was a new surgery available that would take place while she was still in the womb. We would be the fourth family to have this surgery. 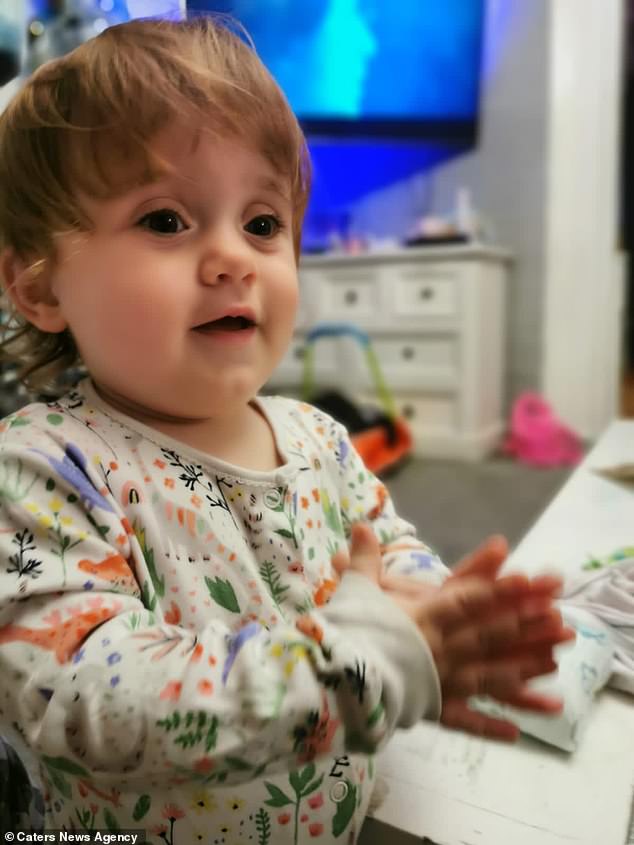 Elouise (pictured) is now aged one and has taken her first steps at her home in Burnham, Essex

‘We said yes to the new surgery as this seemed like the best option for us. So we had the surgery on 8 January 2019, Elouise weighed just 450 grams. She did amazingly in the surgery, although it was not guaranteed that it would work.

‘Following in the surgery I was on strict bed rest and wheelchair-bound to try and stay pregnant and to prevent premature labour.

‘On 1 April 2019, I had a planned C-section where I gave birth to Elouise. It was the best moment of my life being able to hold my baby girl after everything we had been through.’

Elouise’s parents, Bethan and Kieron Simpson, 29, had the expectation that their baby was going to be weak and need a lot of extra help and assistance, however, Elouise has exceeded theirs and the doctor’s expectations with her progress.

Bethan said: ‘I was stunned when she started crawling and then walking. I always thought we would be waiting in limbo wondering if she would hit any milestones, but she has completely taken us by surprise and defied all the odds.

‘I was so overwhelmed, I did not know what to do. It was such an amazing achievement.

‘When I see her walking around it validates for me why we soldiered and went through the surgery and why terminating the pregnancy was never going to be an option for us.

‘It proves that she was always meant to be here, tottering around and living her best life.’

after, beats, odds, P, the, Toddler
You may also like: