The hype was unlike anything seen with the Tampa Bay Buccaneers in years.

Tom Brady and Rob Gronkowski, the quarterback-tight end connection that helped win three Super Bowls in New England, had been added to a Bucs passing attack that led the NFL in passing yards (and interceptions) last year with Jameis Winston at the helm.

Gronkowski coming out of retirement and requesting a trade to Tampa Bay had the NFL hyped for a potential new contender, and more than a little bit curious about how it would work out. Head coach Bruce Arians said the tight end looked like he was in peak form. Teammates called him fast and explosive.

And through two games, he looks like … a guy who touched a football three times in retirement.

Can the Bucs get Rob Gronkowski going?

The Buccaneers topped the Carolina Panthers 31-17 on Sunday for their first win of the season, but it wasn’t because of Gronkowski.

The 31-year-old followed up a two-catch, 11-yard performance in Tampa Bay’s season opener with zero catches and zero yards against the Panthers. He was targeted just once by Brady the whole game.

This is that target:

Pretty much any Patriot fan will tell you they’ve seen Gronkowski make that catch dozens of times.

Two catches and 11 receiving yards on four targets through two games isn’t what Bucs fans were expecting when they began the season, but that’s not to say Gronkowski has been a non-factor. He at least drew some double teams against the New Orleans Saints, which has some value.

But, again, more was expected of Gronkowski, especially when he led the Bucs in snaps among tight ends in Week 1. The Buccaneers already had two quality tight ends in O.J. Howard and Cameron Brate, but the upside of Gronkowski, a future Hall of Famer, made him worth the gamble.

We’re still talking about a player who was out of football for an entire year — and really out of it, by his own account — so there’s plenty of reason to expect more production from Gronkowski going forward. He probably has his No. 1 supporter under center in Brady, and rust can take a while to shake off.

A shorthanded Denver Broncos team might be the right opponent to get going in Week 3, but this going to be something to monitor all season if we’re taking the Buccaneers seriously as contenders. 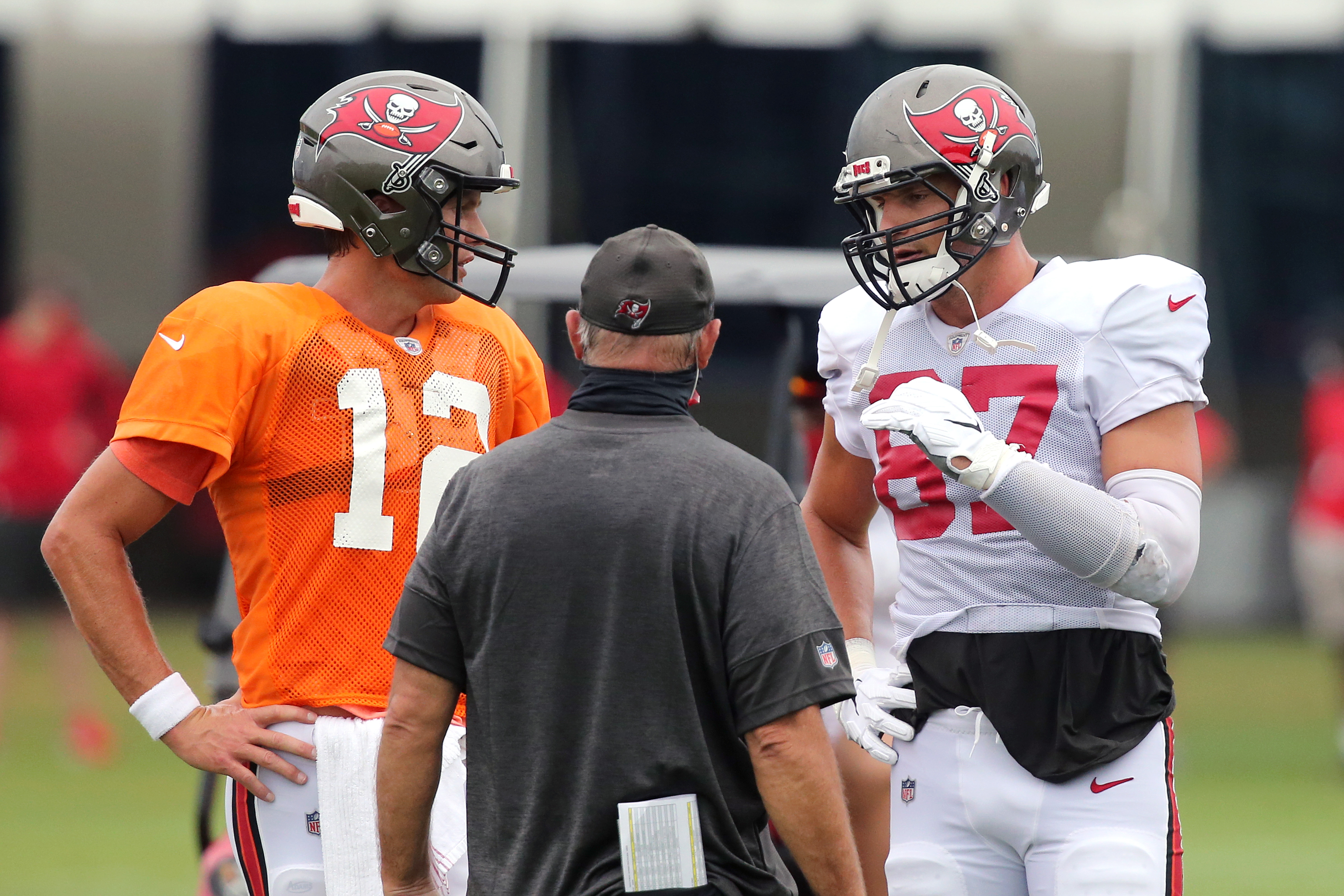 rob gronkowski, Tampa Bay Bucca
You may also like:

Battle of Trafalgar cannon to go under the hammer for £12,000