Onlookers screamed in terror as the hefty hooligan sent a reveller crashing to the floor with a vicious right hook – before barrelling off down Lower Briggate Street, Leeds. 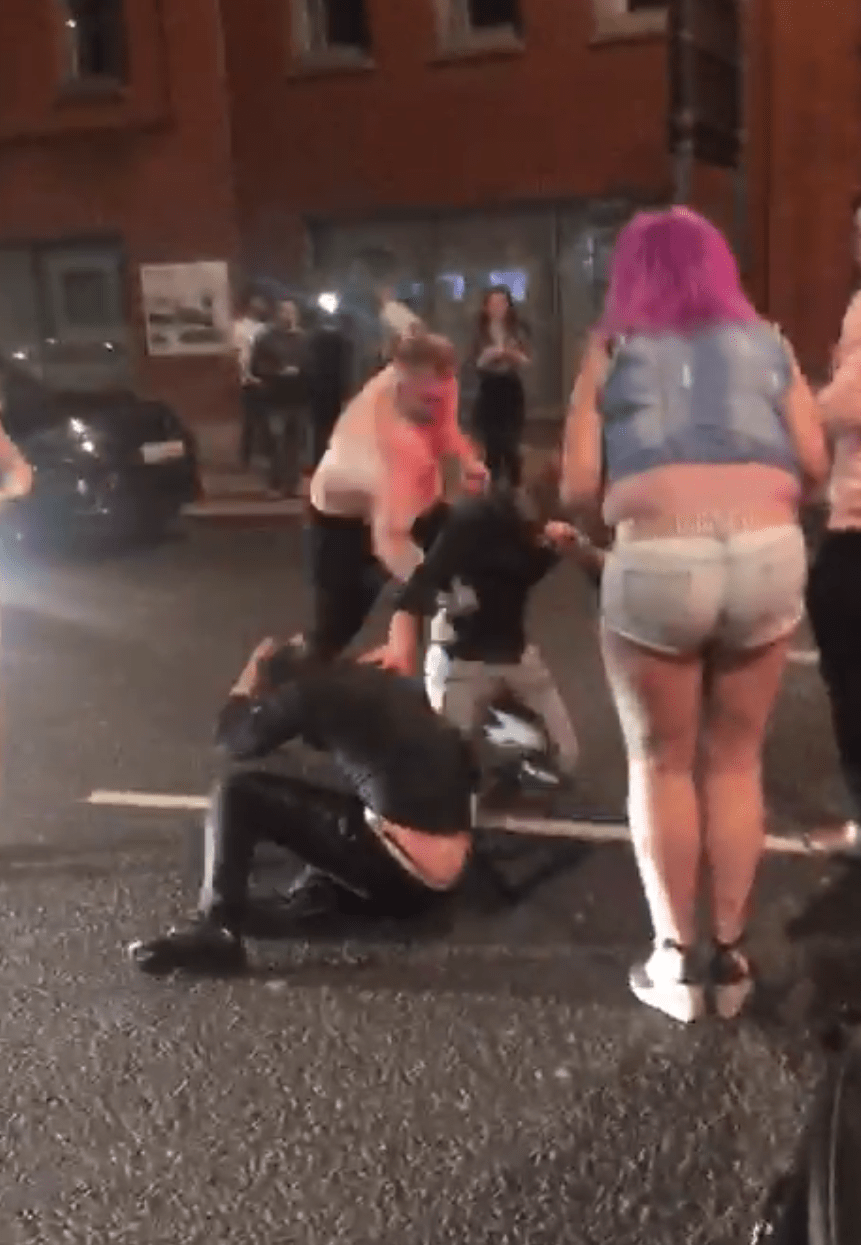 The video starts with the victim cowering on the road as his tormentor rains down punches.

An unsteady-looking woman can be seen wielding a baseball bat as she tries to calm down the attacker – who is eventually dragged away from the scene.

But the man he was attacking stands up and staggers over to the pavement – where he is met with another volley of bone-crunching punches.

He lies semi-unconscious in the street as the beast kicks him in the head twice. 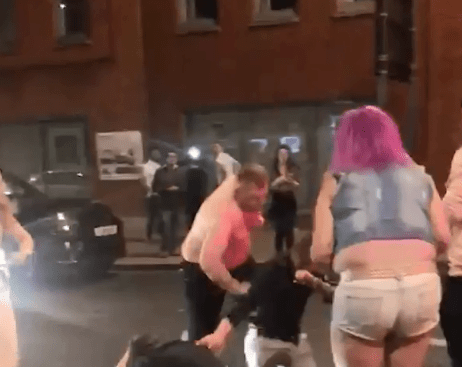 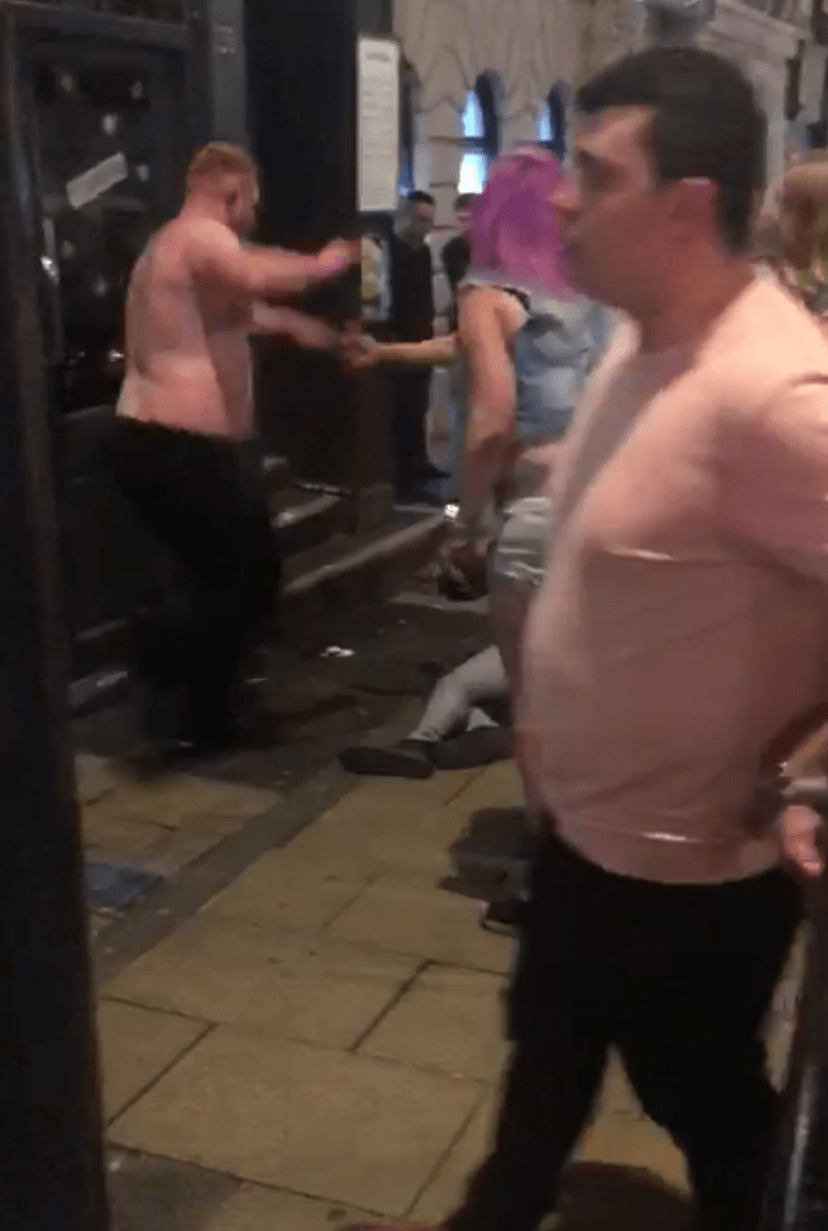 The woman – who by this point has lost her bat – drags him away from the prone victim.

But he breaks free of her grip and starts attacking a different group of clubbers.

A group of women can bee seen tending to the victim as he lies prone in the gutter.

The sickening attack is thought to have taken place on Boxing Day night. 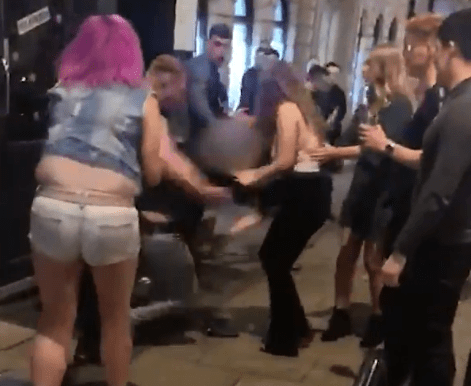 A West Yorkshire spokeswoman said: "Police were called at 4.53am on December 27 to Briggate in Leeds to a report of a disturbance in the street.

"A man was arrested at the time and has since been released.

"Anyone who witnessed the incident is asked to call the police on 101."

hurls, in, man, punches, S, topless
You may also like: