Tories suspend up to 25 members ‘for posting racist and Islamophobic material’, including ‘one councillor who called Muslims barbarians’ and another who ‘said starvation in Africa is nature’s way of depopulation’

The Conservative Party has suspended several sitting and former councillors after a dossier suggested they had posted or endorsed Islamophobic and racist material online.

Up to 25 people are believed to have been reported, with the party saying that all of those found to stil be Tory members had been ‘suspended immediately, pending an investigation’.

Posts recorded in the dossier, which has been sent to Conservative headquarters, include calls for mosques to be banned and references to Muslims as ‘barbarians’ and ‘the enemy within’.

One councillor also described starvation in Africa as ‘nature’s way of depopulation’.

The dossier was compiled by an anonymous Twitter user who campaigns against racism. 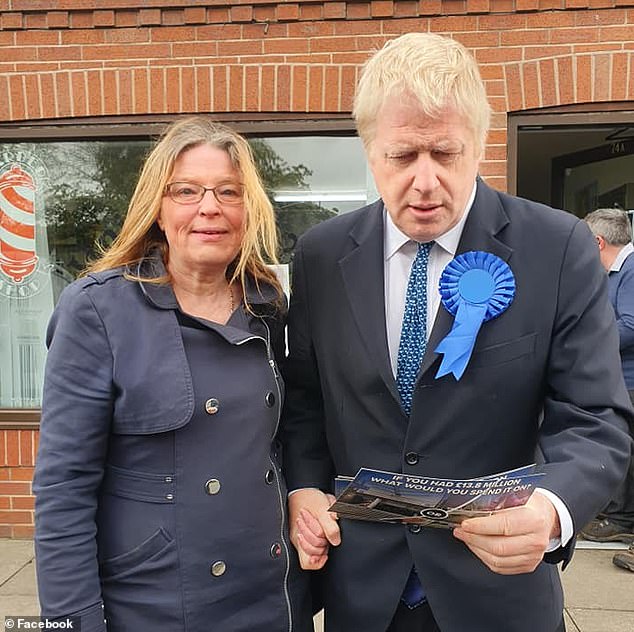 Vera Waters, a Walsall councillor pictured with Boris Johnson, wrote that poor Africans should be left to starve and made the comment that famine is ‘nature’s way of depopulation’

It outlined instances of racist or Islamophobic posts from Conservative councillors, from several members.

Revealed by the Guardian, they included Vera Waters, a Walsall councillor, who wrote that poor Africans should be left to starve and that famine is ‘nature’s way of depopulation’.

Her Facebook profile picture shows her posing with Boris Johnson.

Beverley Dunlop, a councillor in Bournemouth, Christchurch and Poole, posted messages in two Facebook groups, which have more than 11,000 members in total.

In a 2016 post against the burqa, she said: ‘I hate to ban anything really but I’d suggest we start with Mosques!’ 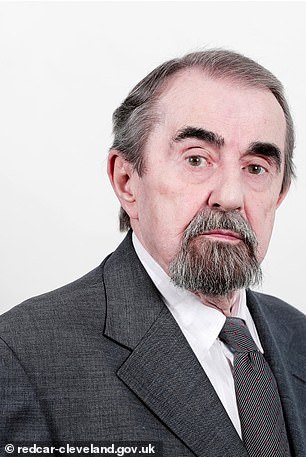 Malcolm Griffiths, a councillor in Redcar and Cleveland, North Yorkshire, liked Facebook comments in 2017 urging migrants to ‘go back to where they came from’

Dunlop told the Guardian the messages she had posted were private.

Meanwhile, Trevor Hales, a parish councillor in Sandiacre, near Nottingham, complained on Twitter about Muslims and referred to them as ‘the enemy within’.

He also said that ‘spineless’ governments had sold ‘us to slavery of Muslims’.

Malcolm Griffiths, a councillor in Redcar and Cleveland, North Yorkshire, who is also chairman of South Tees Conservative Association, liked Facebook comments in 2017 urging migrants to ‘go back to where they came from’.

He also liked another comment telling migrants to ‘get the f*** out and go home’.

In a separate post, Griffiths suggested Muslims were inbred.

A Conservative spokeswoman said: ‘The swift action we take on not just anti-Muslim discrimination, but discrimination of any kind is testament to the seriousness with which we take such issues.

‘The Conservative Party will never stand by when it comes to prejudice and discrimination of any kind.

‘That’s why we are already establishing the terms of an investigation to make sure that such instances are isolated and robust processes are in place to stamp them out as and when they occur.’

It is understood not all the names provided in the dossier are currently members of the Tory Party, but the party was unable to say how many members had been suspended. 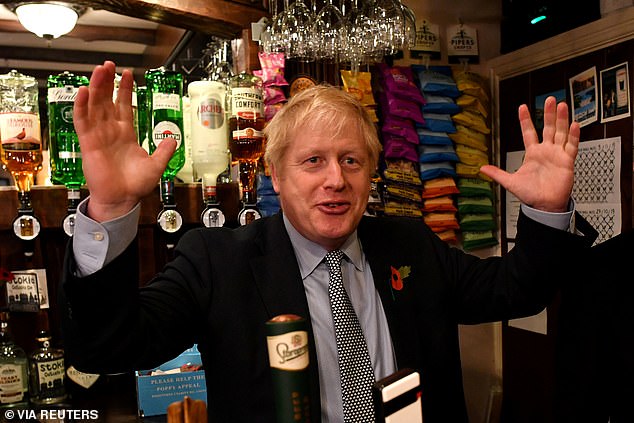 The disclosure will increase pressure on Boris Johnson to hold an independent inquiry into Islamophobia in the party, rather than a broader investigation into prejudice within its ranks.

Shadow equalities minister Naz Shah said: ‘The Conservative Party is rife with Islamophobia, racism and bigotry from top to bottom, but we have no faith that Boris Johnson will do anything about it.

‘Johnson’s comments about Muslim women looking like ‘bank robbers’ and ‘letter boxes’ were linked to a 375% rise in anti-Muslim hate crime, and polls show a majority of Conservative Party members hold Islamophobic views.

‘Boris Johnson must commit to a full independent inquiry into Islamophobia and stop pretending it doesn’t exist in his party.’