Family of tragic teenager Nora Quoirin, 15, who was found dead ten days after disappearing from Malaysian resort during holiday sues its owner for negligence

The family of a London teenager found dead after she disappeared from a Malaysian nature resort last year is suing the site’s owner for alleged negligence and has urged the government to hold an inquest to determine what happened to her.

Her naked body was discovered on August 13 beside a small stream about 1.6 miles from the resort.

Police have said there was no sign the 15-year-old had been abducted or raped, with a preliminary post-mortem investigation showing that she succumbed to intestinal bleeding due to starvation and stress.

Sankara Nair, a lawyer for Nora’s parents Meabh and Sebastien Quoirin, said the family strongly believed Nora was abducted as she has mental and physical disabilities and could not have wandered off on her own.

The lawsuit says a cottage window was found ajar, with its latch broken, on the morning she disappeared.

The resort gate was left open at all times without any security and there was no surveillance camera except for the reception area, the legal papers said.

Nora had poor motor skills and needed help to walk, and her mental age was about five or six years old, her parents said in the claim.

Mr Sankara said outside a court in Negeri Sembilan after a procedural session on the case: ‘The place was not safe for the child because of the negligence …anybody could have come in and taken the child.’

Nora’s French-Irish parents are seeking more than 180,000 ringgit (£34,000) over losses, bereavement costs and damages for pain and suffering from the resort owner, Helen Marion Todd.

Ms Todd’s lawyers were not immediately available for comment.

Mr Sankara said the family has asked Malaysia’s attorney-general to launch an inquest because the post-mortem inquiry would not include what happened to Nora before her death. Police have said a complete post-mortem report will be released soon. 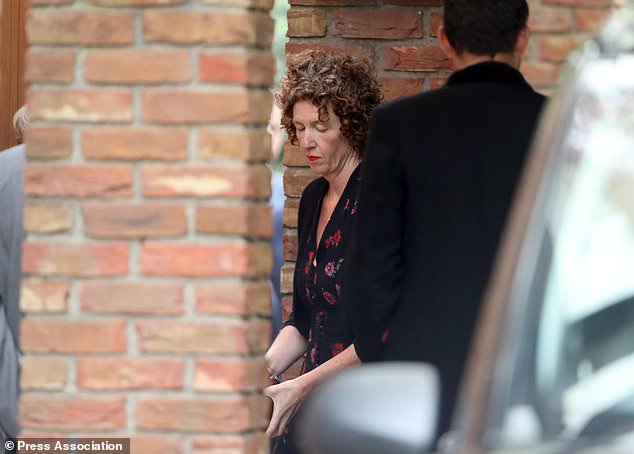 Nora’s parents previously said they were shocked when Malaysian prosecutors classified Nora’s death as requiring ‘no further action’ based on the preliminary coroner’s report, essentially ruling out any inquest.

They said the move could prevent justice being done.

In a statement issued by the Lucie Blackman Trust, a charity which helps British families in crisis overseas, the parents said: ‘It is crucial to understand how Nora came to be found where she was.

As a vulnerable child, with significant physical and mental challenges, we strongly refute any conclusion that Nora was alone for the entire duration of her disappearance.

‘We have repeatedly asked the police to clarify answers to our questions in this regard – and we have been repeatedly ignored.’