French-American Duflo becomes only the second woman to win the economics prize in its 50-year history, as well as the youngest at 46. She shared the award equally with Indian-born American Banerjee and Kremer, also of the United States.

The Royal Swedish Academy of Sciences said their work had shown how poverty could be addressed by breaking it down into smaller and more precise questions in areas such as education and healthcare, and then testing solutions in the field.

It said the results of their studies and field experiments had ranged from helping millions of Indian schoolchildren with remedial tutoring to encouraging governments around the world to increase funding for preventative medicine.

“It starts from the idea that the poor are often reduced to caricatures and even the people that try to help them do not actually understand what are the deep roots of (their) problems,” Duflo told reporters in Stockholm by telephone.

“What we try to do in our approach is to say, ‘Look, let’s try to unpack the problems one-by-one and address them as rigorously and scientifically as possible’,” she added.

The team pioneered “randomized controlled trials”, or RCTs, in economics. Long used in fields such as medicine, an RCT could for example take two groups of people and study what difference a treatment makes on one group while the other group is only given a placebo.

Applied to development economics, such field experiments found for example that providing more textbooks and free school meals had only small effects, while targeting help for weak students made a big difference to overall educational levels.

“It’s a prize not just for us but for the whole movement,” Banerjee later told a joint news conference at the Massachusetts Institute of Technology (MIT), where they both work. Kremer is a researcher at Harvard University.

Citing Banerjee’s methods as having transformed classroom teaching in state schools in New Delhi, the Indian capital’s chief minister Arvind Kejriwal said on Twitter that it was a “big day for every Indian”.

The team have notably been associated with the “Teaching at the right level” (TarL) programme which has helped 60 million children in India and Africa and focuses on math and reading skills for primary school pupils.

One project gathered evidence on how an often overlooked measure such as deworming children could help their education. Yet another found that making the renewal of teacher contracts dependent on pupil grades produced better scores, while reducing the pupil-teacher ratio had little impact.

Duflo said the importance of the two most commonly cited approaches to tackling poverty – foreign aid and freeing up trade with poor countries – had often been “overstated”. 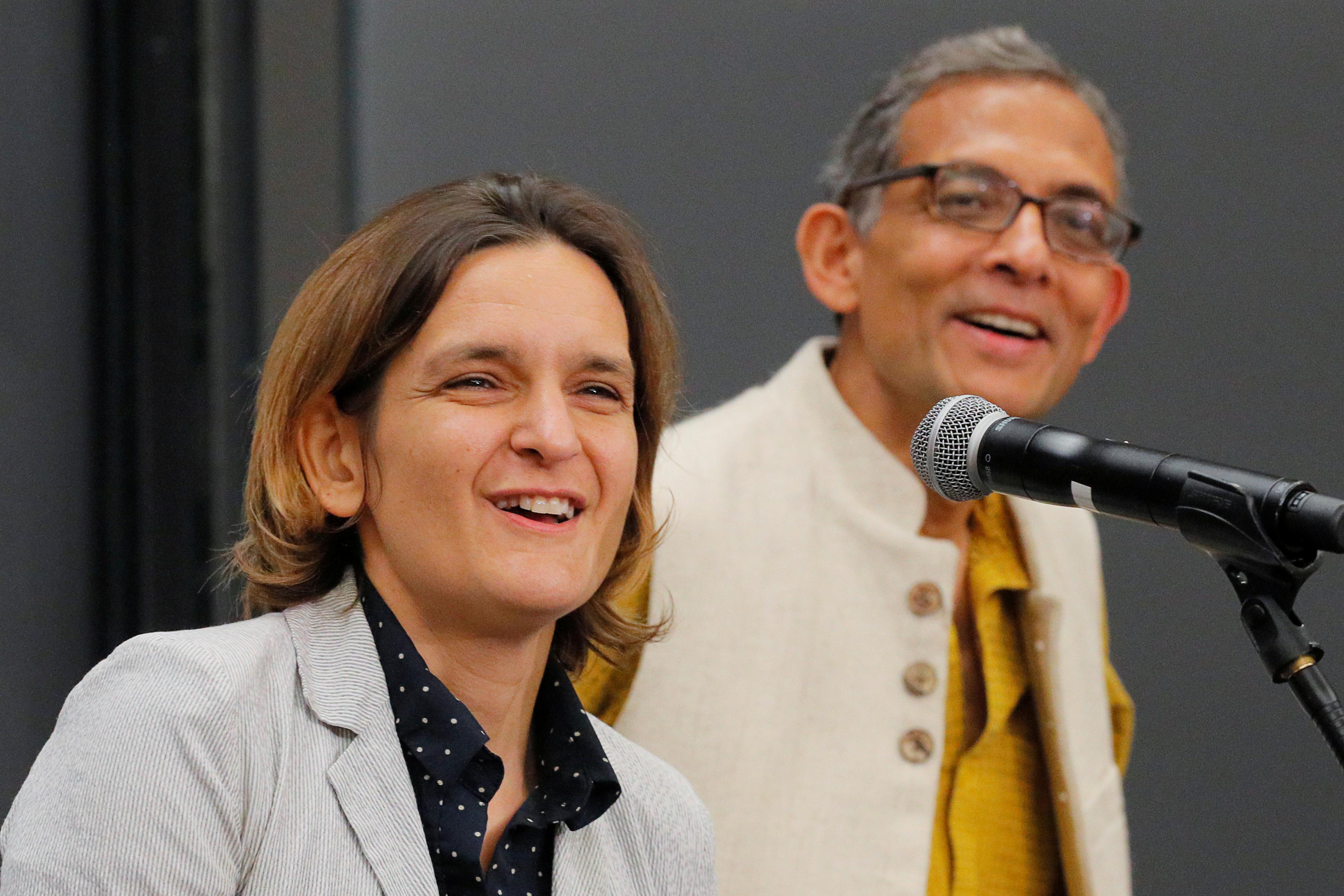 While the United Nations estimates that global poverty has been cut by more than half since 2000, it says one in 10 people in developing regions still live on less than $1.90 a day. In sub-Saharan Africa, that proportion rises to 42%.

Duflo said it was clear that better designed policies were having an impact on alleviating poverty worldwide.

But some economists, while saluting their work, said it did not address the bigger inequalities in the global economy which left millions stuck in poverty regardless of local intervention.

“I would congratulate them but still put that caveat that poverty is artificially made by human beings who put up systems that deny others the opportunity to realize their full potential,” said James Shikwati, head of the Nairobi-based Inter Regional Economic Network think tank.

Asked whether Duflo’s award was an attempt to redress the gender imbalance in the prize’s history, Peter Fredriksson, chairman of the Nobel Committee for Economic Sciences, said it showed that women were now more present in economics.

Duflo remarked that it came at an “extremely important and opportune time” for women in a sector that has traditionally been very male-dominated.

“We are at a time when we are starting to realise in the profession that the way that we (treat) each other privately and publicly is not conducive all the time for a very good environment for women,” she said.

The 9 million Swedish crown ($915,300) economics prize is a later addition to the five awards created in the will of industrialist and dynamite inventor Alfred Nobel, established by the Swedish central bank and first awarded in 1969. 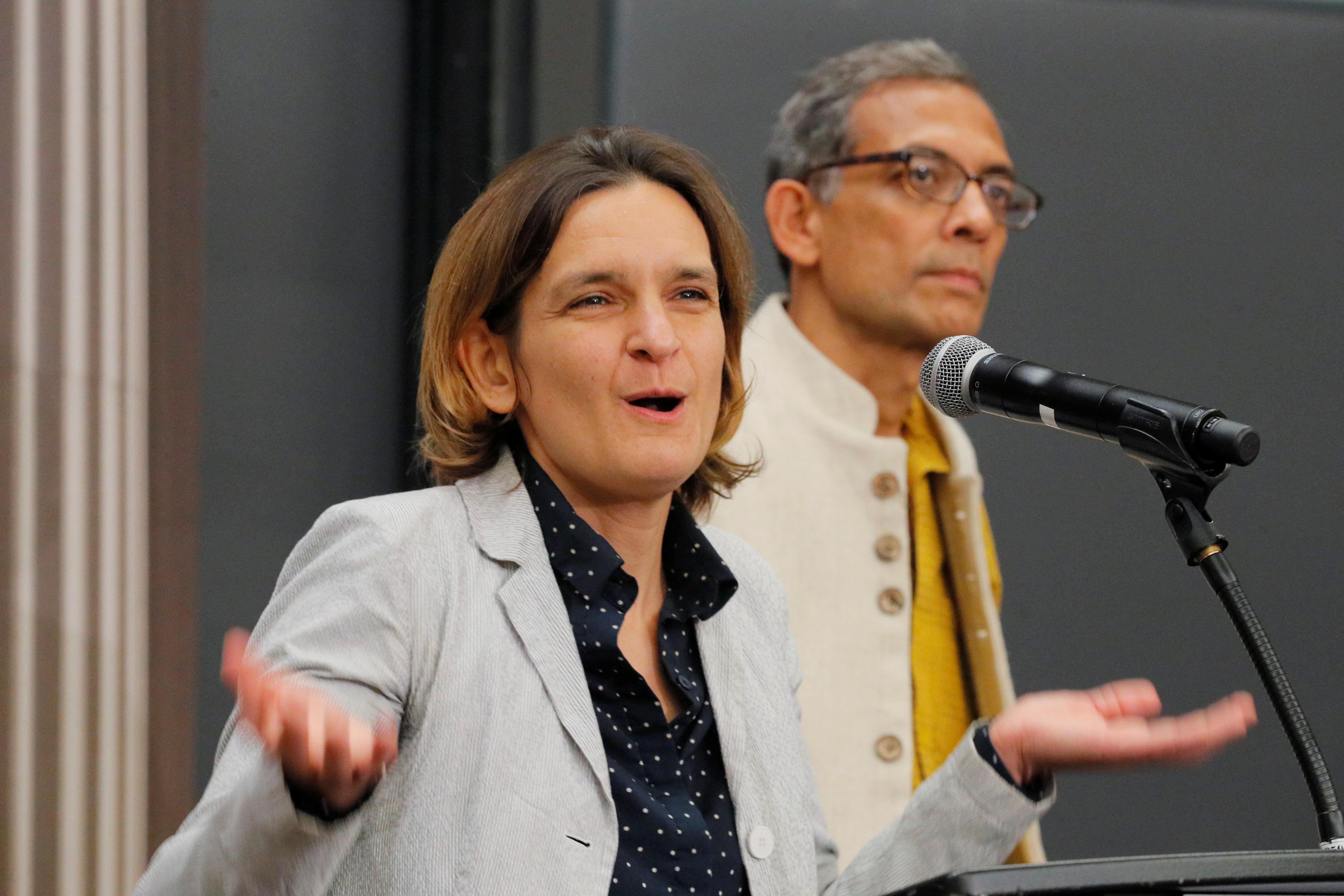 For a graphic of Nobel laureates:

America, Nobel, physics, Prize, Us
You may also like: