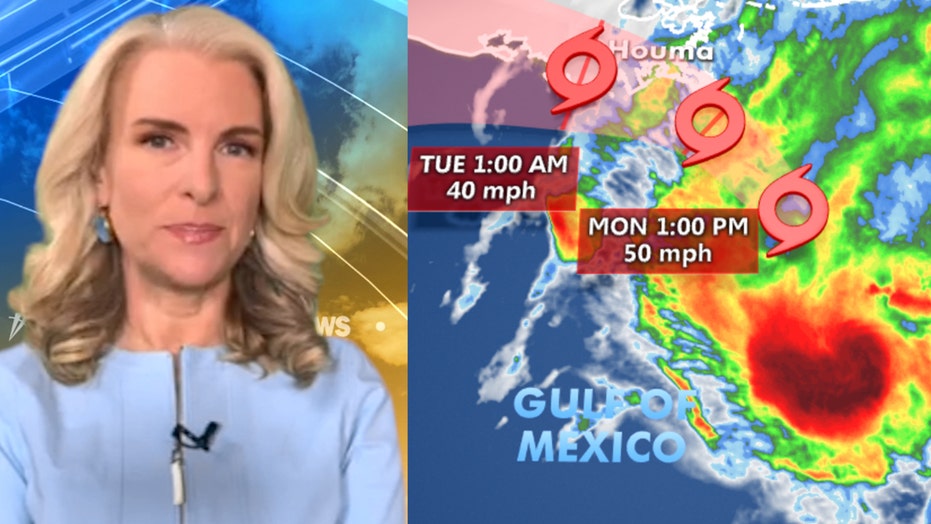 Tropical Storm Marco is weakening Monday – yet it still brings the risk of heavy rain, storm surge, strong winds and tornadoes as the system moves inland.

Marco is forecast to move west along the Louisiana and Texas coast Tuesday and Wednesday. 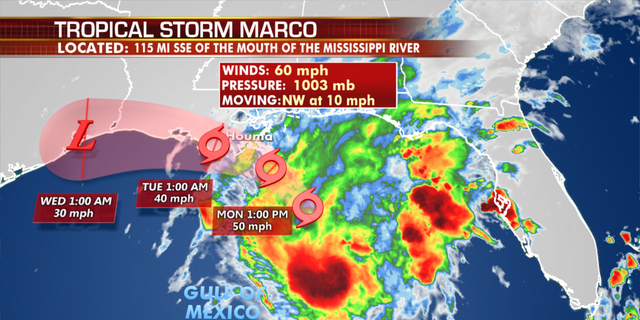 Tropical Storm Laura is south of Cuba and will move into the Gulf of Mexico tonight. Unlike Marco, where conditions weren’t favorable for the storm to strengthen, Laura is going to move into very favorable conditions for strengthening and will become a very dangerous hurricane.

We are still uncertain about exactly where and when Laura may make landfall, but right now it appears the Louisiana and Texas coast – just like with Marco – will need to be on alert. 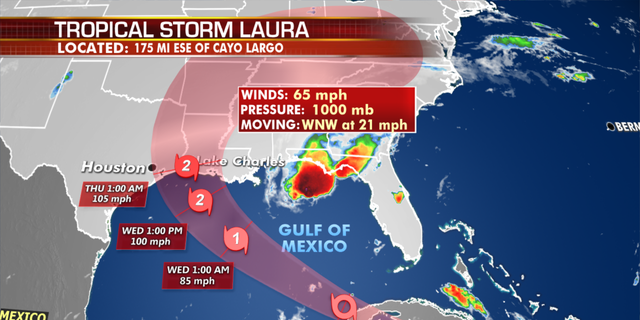 Heavy rain, strong winds, storm surge and inland flooding from Laura could be deadly. All interests along the Gulf need to watch the path of Laura over the next few days. 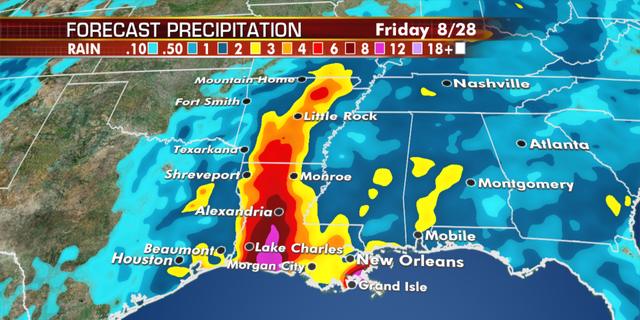 Rainfall estimates for parts of the U.S. coastline later this week. (Fox News)

Across the West, wildfire danger is still a big problem. Smoke is blanketing much of the region and red flag warnings are still up for Northern and Central California as well as Southern Oregon and Northern Nevada. 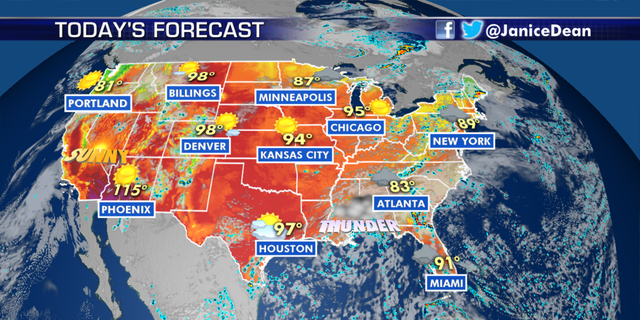 Dry thunderstorms will add to the danger for fires to spread, while air quality advisories are also up for many states due to the smoke and poor visibility. Excessive heat warnings are in effect for the Southwest.

Temperatures also are soaring across the Plains and Midwest into the Great Lakes, with highs in the 90- to 100-degree mark.

Strong to severe thunderstorms, meanwhile, will be possible from the Great Lakes into the Northeast.

Laura, Marco, P, Storms, Tropical
You may also like: