DONALD Trump has trolled his critics on social media amid calls to boycott Goya after the company's CEO backed the president.

President Trump shared an Instagram photo of himself Wednesday afternoon – donning a red tie and holding two thumbs up – posing with Goya products in the Oval Office. 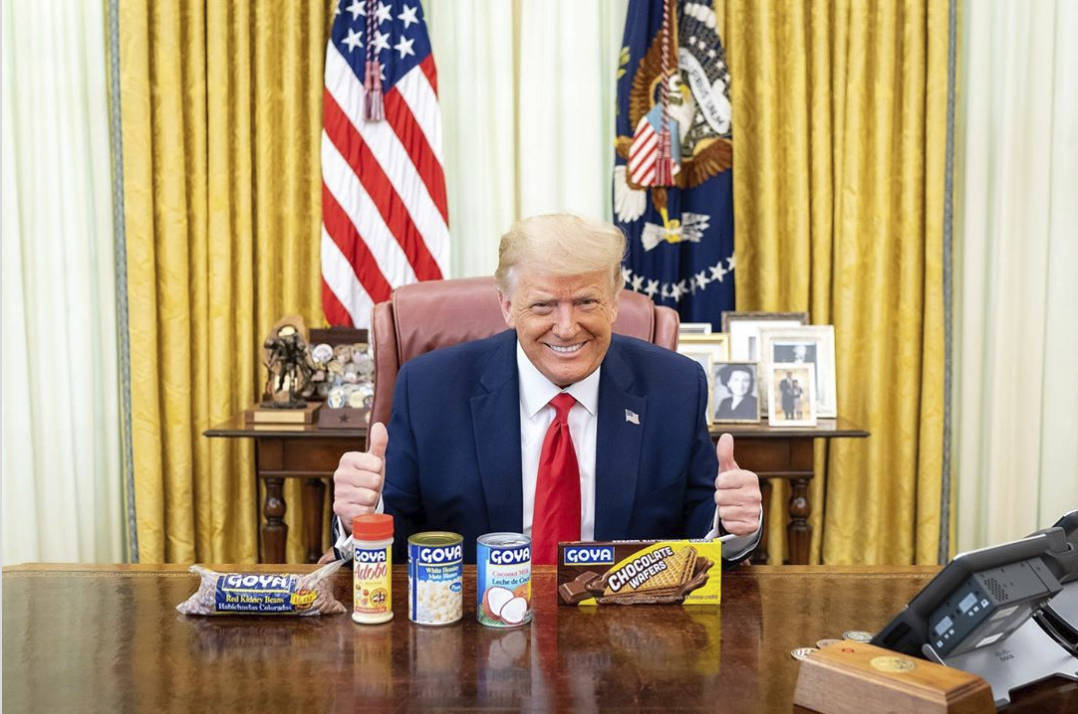 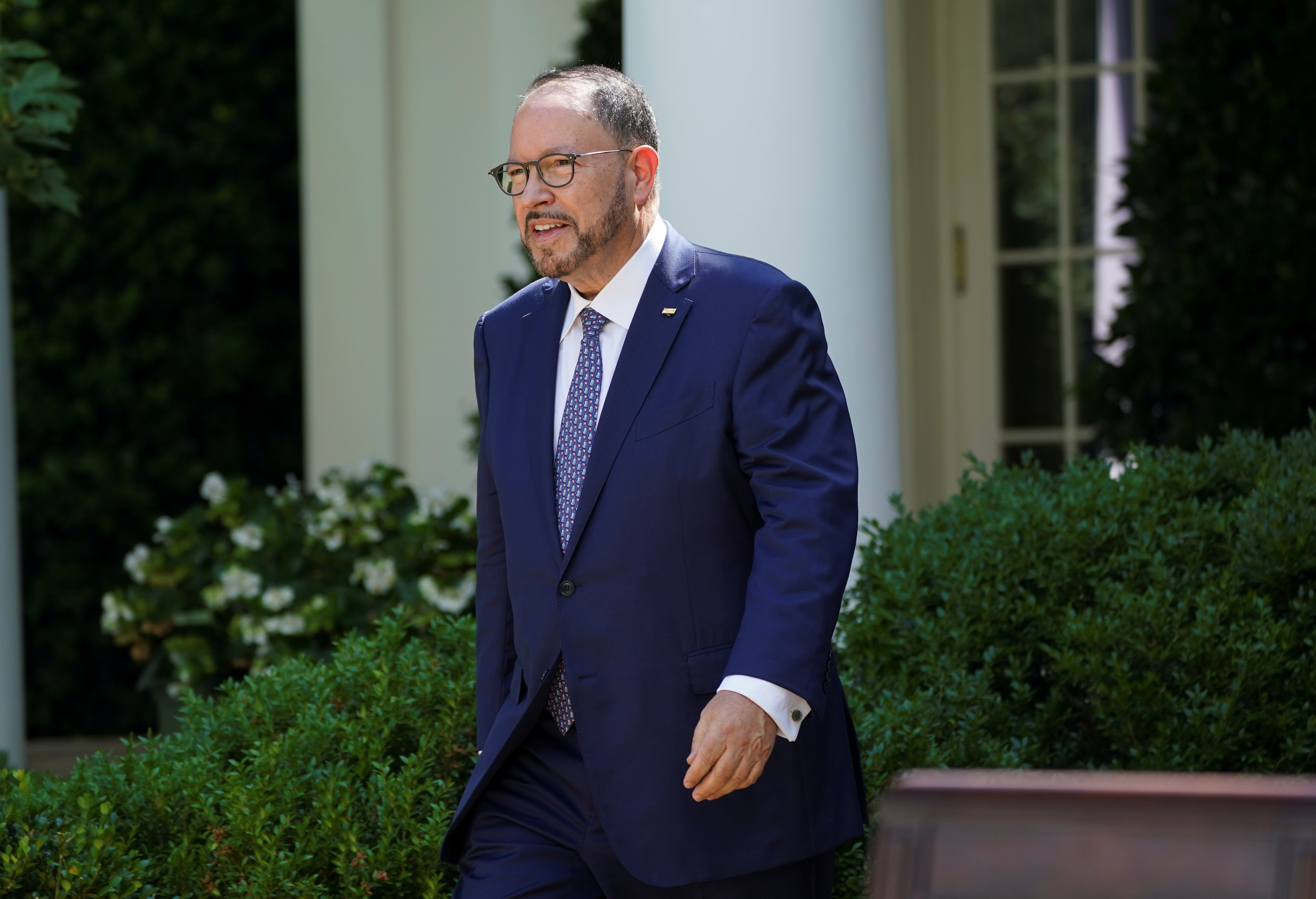 The First Family defended the United States' largest Hispanic-owned food company after Unanue said: "We are all truly blessed, at the same time, to have a leader like President Trump who is a builder.

Despite the boycott over his praise of Trump, Unanue has refused to apologize.

His post comes a day after Ivanka Trump shared a photo of herself posing with a can of Goya beans on Twitter. 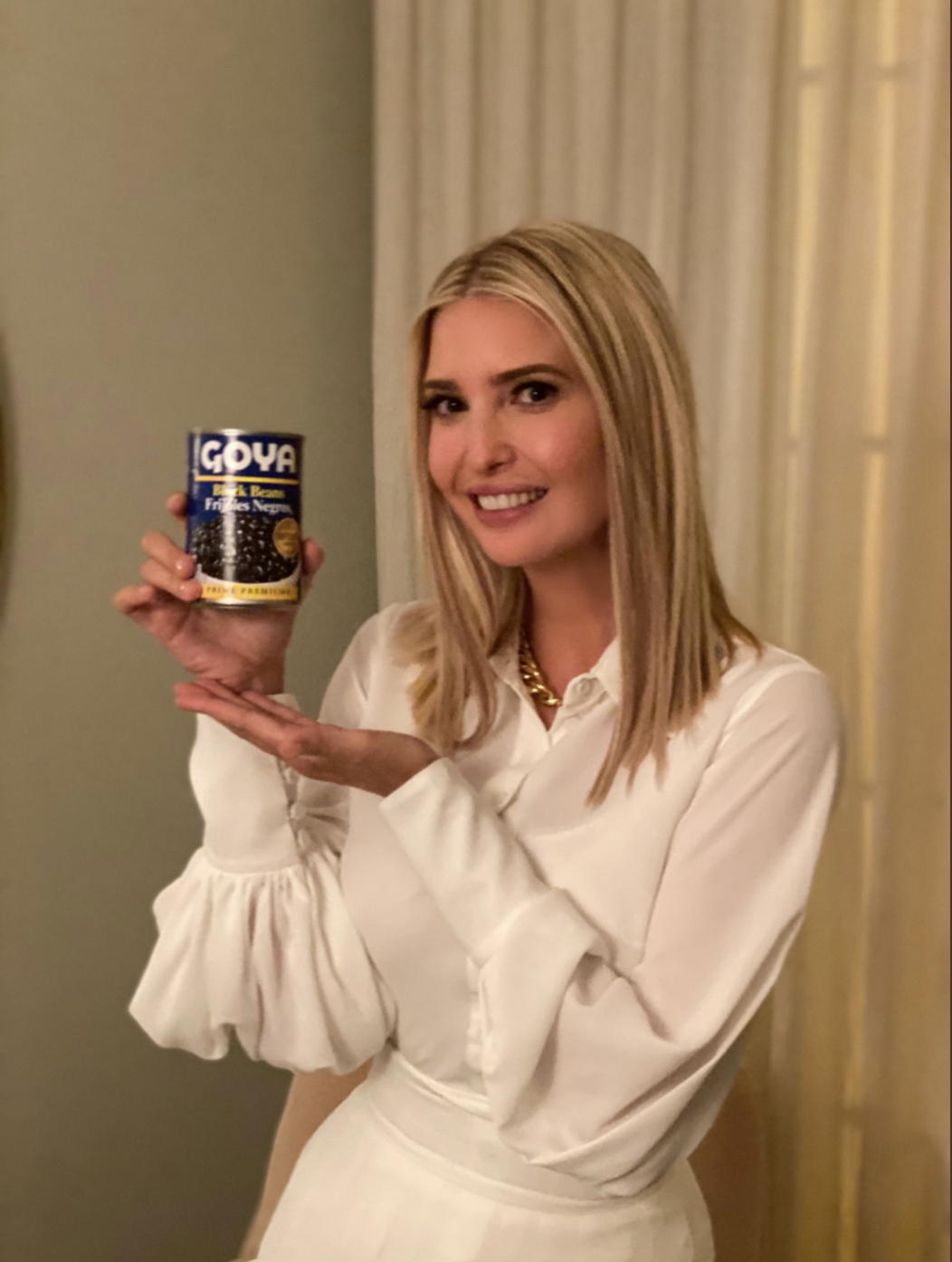 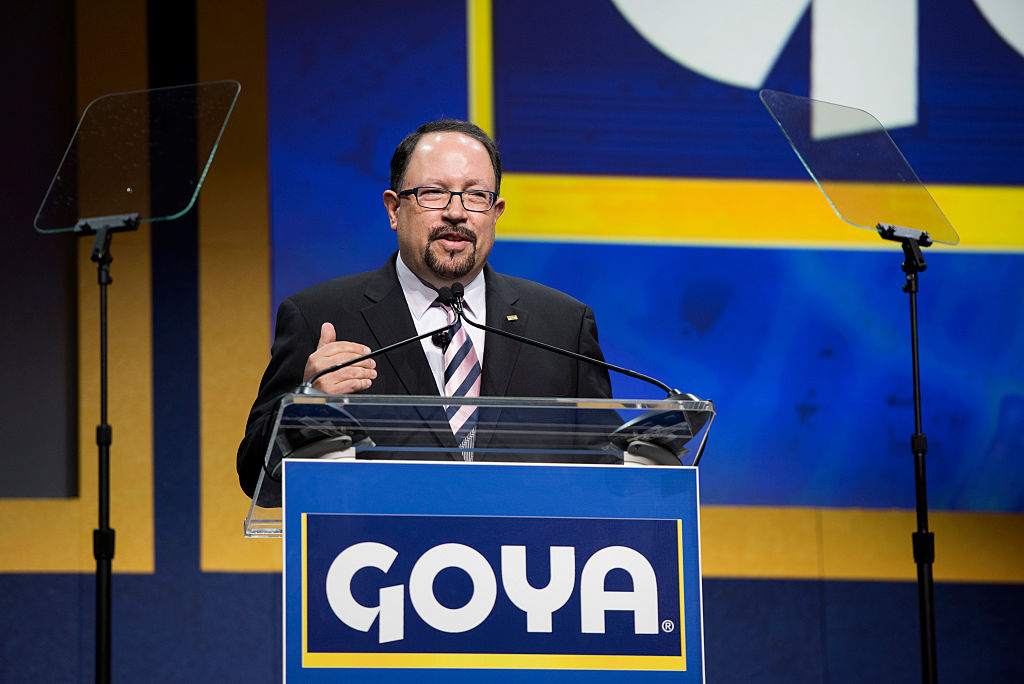 When approached for comment on the situation, the President's spokesperson directed The Sun to his Twitter statement.

According to experts, Ivanka's tweet is in violation of ethics standards set out for the executive office.

According to the Standards of Ethical Conduct for the Employees of the Executive Branch, a government employee can't use their position or title to "endorse any product, service or enterprise.”

But an ethics and oversight investigations expert said there will be "no consequences" for Ivanka regardless.

"It's pretty clearly a violation of the standards of ethical conduct for executive branch employees," Donald Sherman, Deputy Director of the bipartisan Citizens For Responsibility and Ethics in Washington (CREW) told The Sun.

CREW is a non-partisan government ethics group that works to hold officials accountable for ethical conduct and to "fight dark money in the political system."

She said: "Only the media and the cancel culture movement would criticize Ivanka for showing her personal support for a company that has been unfairly mocked, boycotted and ridiculed for supporting this administration.

"One that has consistently fought for and delivered for the Hispanic community.

"Ivanka is proud of this strong, Hispanic-owned business with deep roots in the US and has every right to express her personal support."

Despite dozens of Americans saying they will no longer buy Goya products, Unanue backed up his "Trump praise" comments during an interview with Fox and Friends last week.

"It's suppression of speech," he said.

Goya, poses, Products, Trump, With
You may also like: