Follow
Home » World News » Trump protester is hit by supporter at rally leaving President angry – ‘Get her out!’

Trump protester is hit by supporter at rally leaving President angry – ‘Get her out!’

Trump was in Hershey, Pennsylvania, as he ramped up his campaigning ahead of next year’s Presidential election. In the middle of delivering his speech, a woman holding up a pink “GRABBING POWER BACK” sign and wearing a shirt with an expletive on it tried to disrupt proceedings. She was immediately pounced upon by security who escorted her out of the arena. 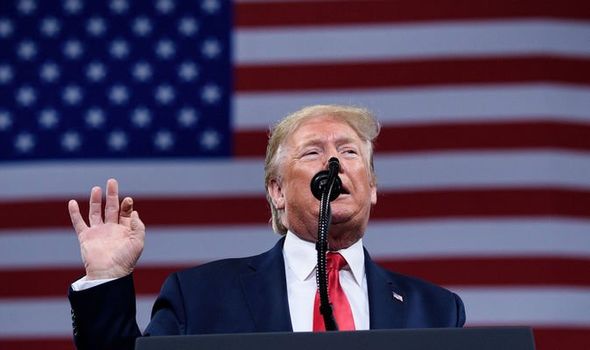 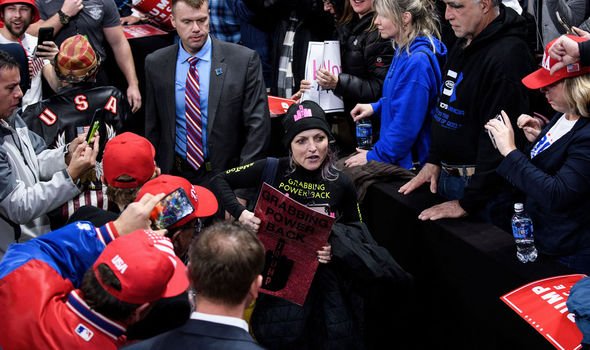 As she was being led out, a female member of the audience struck the placard out of the protester’s hand, who was pulled back by others.

The President was quick to offer his thoughts on events to his admiring supporters, who booed the woman.

He said: “These guys wanna be so politically correct, get her out.

“I’ll tell you law enforcement is so great.

JUST IN: Ivanka Trump: How Ivanka is ‘in charge in marriage to Jared Kushner’

Far-left agitprop for pre-K tots: what NYC schools have come to