The president took to Twitter with his allegations on Saturday. 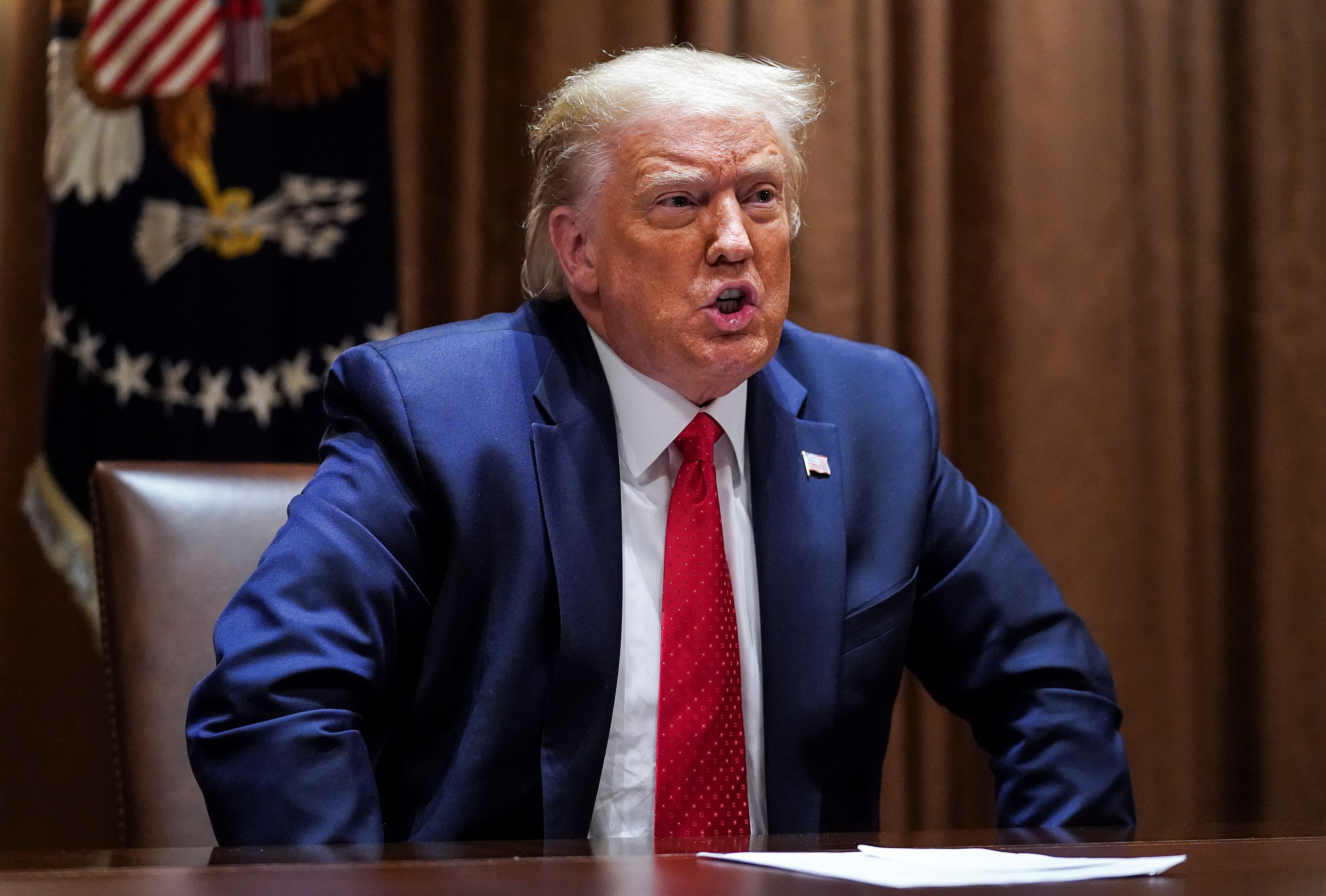 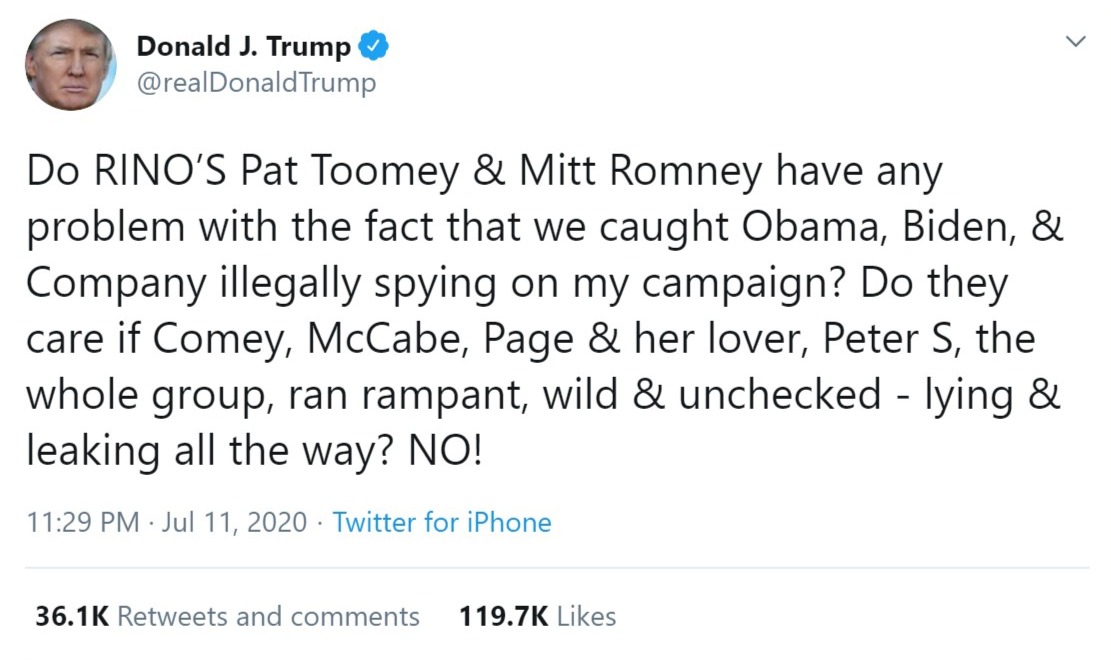 He wrote: "Do RINO’S Pat Toomey & Mitt Romney have any problem with the fact that we caught Obama, Biden, & Company illegally spying on my campaign?

"Do they care if Comey, McCabe, Page & her lover, Peter S, the whole group, ran rampant, wild & unchecked – lying & leaking all the way? NO!"

Earlier this week Trump claimed Barack Obama and Joe Biden "spied" on his campaign as he blasted the FBI and Republicans' supposed inaction.

The president slammed the alleged misconduct of Biden and Obama on Thursday in a lengthy Twitter rant, decrying the "totally corrupt previous Administration."

His comments came after the Supreme Court ruled that he can't block a grand jury request for his financial records on Thursday.

However, the court justices took Trump's side when it came to releasing his financial records to Congress, just four months before the US Presidential Election in November.

Earlier, Biden taunted Trump with the fact that he had released 21 years of tax returns."

He retweeted an October 2019 he had shared, which was captioned "release yours or shut up."

An unimpressed Trump argued that the Obama administration had covertly gathered intel about him, however. 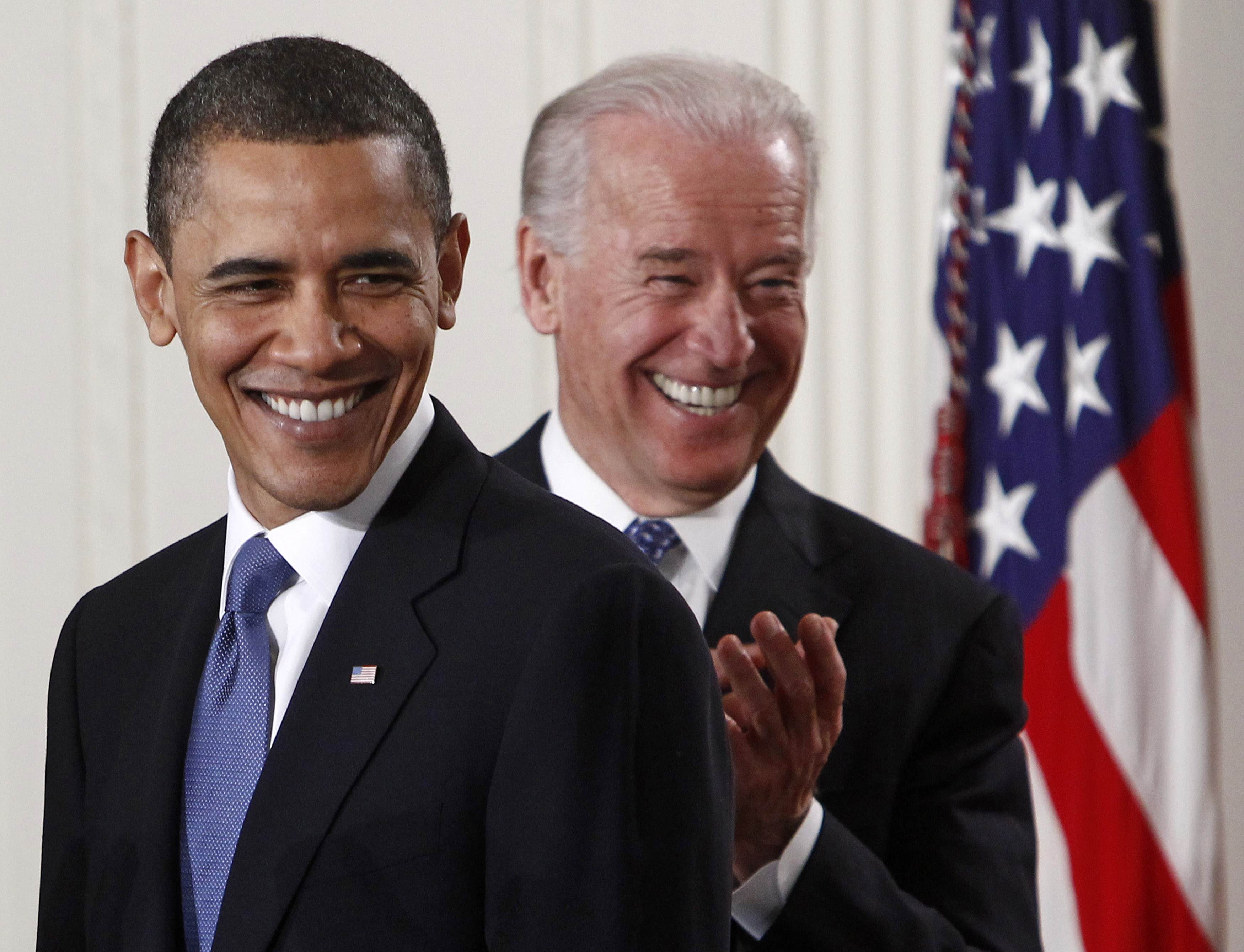 "We have a totally corrupt previous Administration, including a [former] President and Vice President who spied on my campaign, AND GOT CAIGHT [sic]" he raged, before deleting the thread and reposting it without the spelling error.

"And nothing happens to them," Trump continued. "This crime was taking place even before my election, everyone knows it, and yet all are frozen stiff with fear."

Trump slammed the lack of a response from the GOP-led Senate, citing "no justice, no FBI, no nothing."

"A 3 year, $45,000,000 Mueller HOAX, failed – investigated everything won all against the Federal Government and the Democrats send everything to politically corrupt New York, which is falling apart with everyone leaving, to give it a second, third and fourth try."

He then claimed the Supreme Court gave a delay ruling that they would never have given for another President and described it as prosecutorial misconduct.

"We catch the other side SPYING on my campaign, the biggest political crime and scandal in U.S. history, and NOTHING HAPPENS," he added.

Echoing his previously claims, Trump reiterated that he had done "more than any President in history in first 3 1/2 years!"

Speaking about the ruling, House Speaker Nancy Pelosi said the decision “reaffirmed the Congress’ authority to conduct oversight on behalf of the American people, as it asks for further information from Congress.”

"The Congress will continue to conduct oversight For The People, upholding the separation of powers that is the genius of our Constitution," Pelosi wrote.

"We will continue to press our case in the lower courts."