SEOUL (Reuters) – U.S. President Donald Trump said on Monday that the Democrats’ decision to interview his longtime fixer, lawyer Michael Cohen, on the same day as a meeting with Kim Jong Un may have contributed to the North Korea summit ending with no deal. 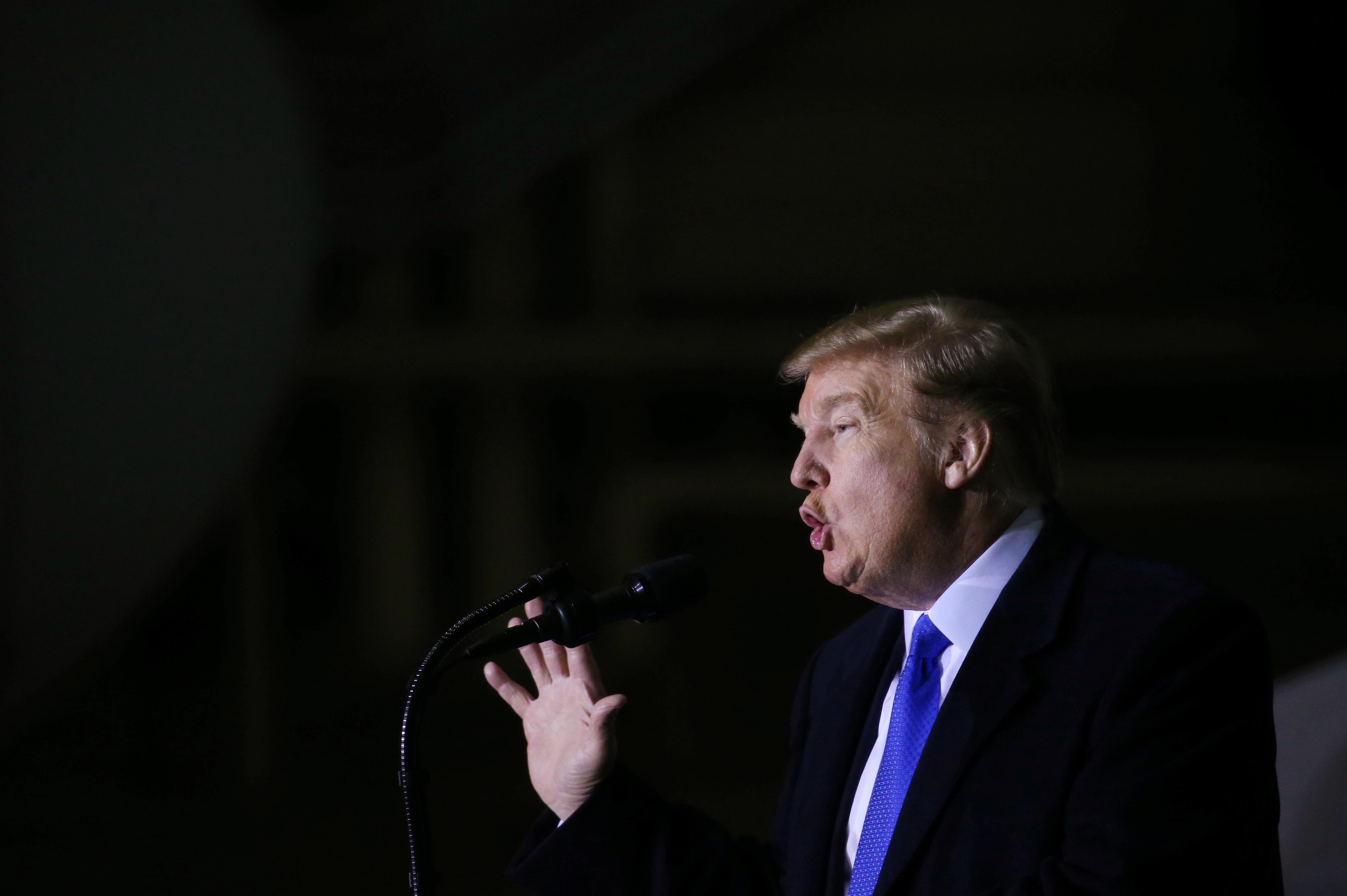 Trump and Kim met for the second time last week in Hanoi to try to negotiate a denuclearization deal as former Trump aide Cohen was testifying before the U.S. House of Representatives’ Oversight Committee, accusing Trump of ordering his personal attorney to make threats for him about 500 times over the last 10 years.

“For the Democrats to interview in open hearings a convicted liar & fraudster, at the same time as the very important Nuclear Summit with North Korea, is perhaps a new low in American politics and may have contributed to the ‘walk’,” Trump said on Twitter, referring to his decision to walk away from what he previously said was a bad deal with Kim.

“Never done when a president is overseas. Shame!”

When asked about Cohen’s testimony at a press conference on Thursday in Hanoi after Trump had abruptly decided to end the summit early, the president called the allegations “incorrect” and criticized the decision to have the hearing while he was away.

“I tried to watch as much as I could,” Trump said. “I wasn’t able to watch too much because I’ve been a little bit busy, but I think having a fake hearing like that and having it in the middle of this very important summit is really a terrible thing.”

South Korean President Moon Jae-in called for officials to try to find a way to restart talks between the North and the United States.

“I believe the North Korea-U.S. dialogue will ultimately reach an agreement, but it is never desirable for the stalemate to continue for long,” Moon told a meeting with top foreign policy and security aides.

The breakdown of the summit was a blow for Moon, who had hoped eased U.S. sanctions would help lead to a restart of inter-Korean projects including a factory park, key to his vision for a pan-peninsula economic community.

Moon also told officials to explore ways to proceed with the inter-Korean initiatives “within the framework of sanctions”, for which Unification Minister Cho Myoung-gyon said he would seek U.S. consultations.

Foreign Minister Kang Kyung-wha said she would push for a fresh round of three-way talks with North Korean and U.S. officials, built on a January gathering in Stockholm.

Trump spoke to Moon after leaving Hanoi, asking him to play an “active role as mediator”, according to Moon’s spokesman.

The spokesman said on Sunday that South Korea would pursue “behind-the-scenes” meetings with the North, possibly including sending a special envoy to Pyongyang.

North, NORTHKOREA, Trump, Us, USA
You may also like: