Donald Trump said Monday that stunning revelation from Israel about Iran’s secret nuclear weapons program shows that he has had Tehran’s mullah’s pegged.

‘What’s happening today, and what’s happened over the last little while, and what we’ve learned, has really shown that I’ve been 100 per cent right,’ the president told reporters at the White House.

Trump faces a May 12 deadline to decide whether he will renew America’s participation in a landmark 2015 agreement inked by Barack Obama and other Western leaders, intended to delay Iran from joining the global nuclear arms race.

Less than an hour before Trump’s Rose Garden press conference with Nigeria’s president, Israeli Prime Minister Benjamin Netanyahu revealed that his nation had obtained thousands of documents proving Iran has maintained a secret nuclear program in violation of the deal. 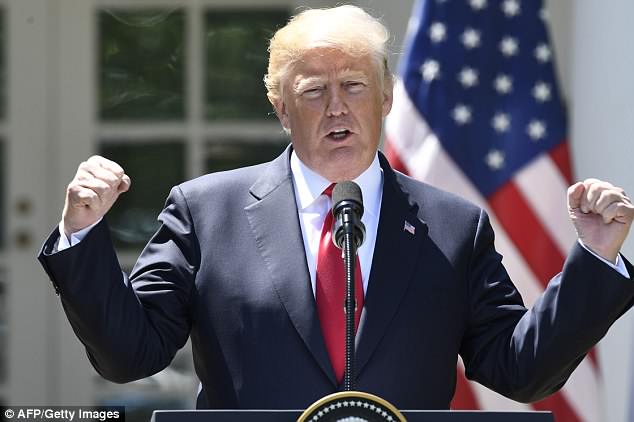 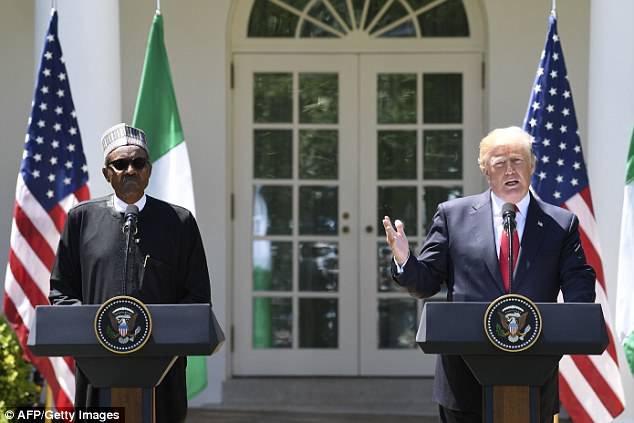 Trump has a May 12 deadline to decide whether or not to pull out of the arrangement that’s supposed to keep Iran’s nuclear ambitions in check. He warned Monday that even under the terms of the deal, Iran would be allowed to build WMDs in 2025: ‘Seven years is tomorrow’ 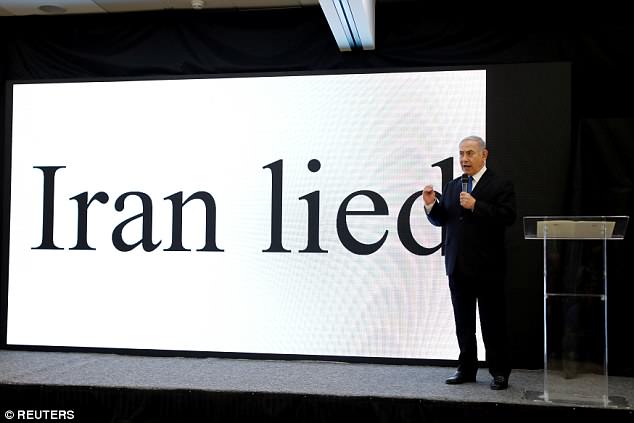 On Monday Trump repeated many of his criticisms of the bargain, which he has called ‘the worst deal in history.’

It calls for restrictions on Iran to run until 2025 but provides few de-nuclearization assurances after that.

‘In seven years that deal will have expired,’ Trump said of the so-called Joint Comprehensive Plan of Action, ‘and Iran is free to go ahead and create nuclear weapons.’ 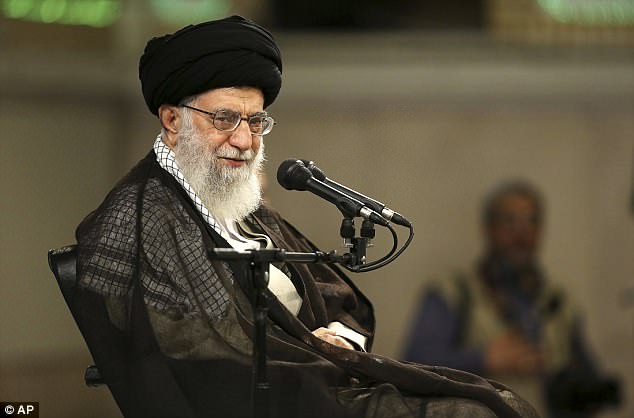 Ayatollah Ali Khamenei, Iran’s supreme leader, has expressed pleasure with the deal – partially because it unfroze $150 billion in Tehran’s assets

Trump reminded reporters that he has long claimed Iran was flouting the deal, which also released $150 billion in frozen assets.

‘I’ve been saying that it’s happening. They’re not sitting back idly,’ he said Friday.

‘They’re setting off missiles, which they say are for television purposes. I don’t think so.’

He said that while the United States got ‘nothing’ from the Obama-era agreement, he reserved the right to come to a new arrangement instead of walking away entirely.

Secretary of State Mike Pompeo said on Sunday that the U.S. could indeed bail from the JCPOA. 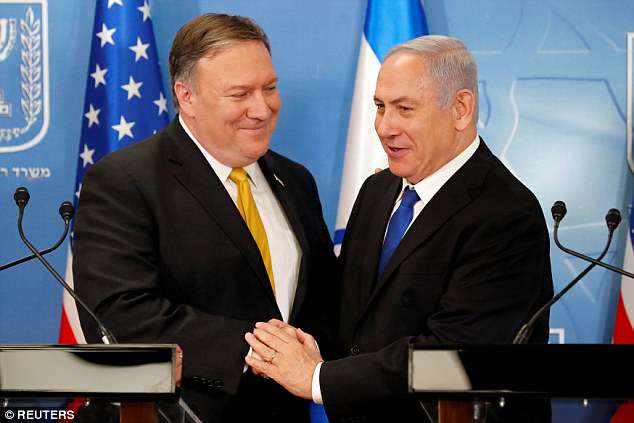 In Tel Aviv, he said that ‘if we can’t fix it, he is going to withdraw.’

Pompeo has been using the Middle East leg of his first trip abroad as America’s top diplomat to call for concerted international action to punish Iran for its missile programs.

The tough line was welcomed in Israel, which considers Iran its greatest threat and has been leading calls for the international community to revise its 2015 nuclear deal with Iran. He arrived after visiting Saudi Arabia, another fierce rival of Iran.

‘We remain deeply concerned about Iran’s dangerous escalation of threats to Israel and the region and Iran’s ambition to dominate the Middle East remains,’ Pompeo said after a nearly two-hour meeting with Israeli Prime Minister Benjamin Netanyahu. ‘The United States is with Israel in this fight.’