DONALD Trump sparked confusion when he told White House reporters he had tested "perfectly" and “positively toward negative” for Covid-19.

The President once again praised the drug hydroxychloroquine, which is used to treat malaria, while attempting to explain he had tested “negative” for the coronavirus. 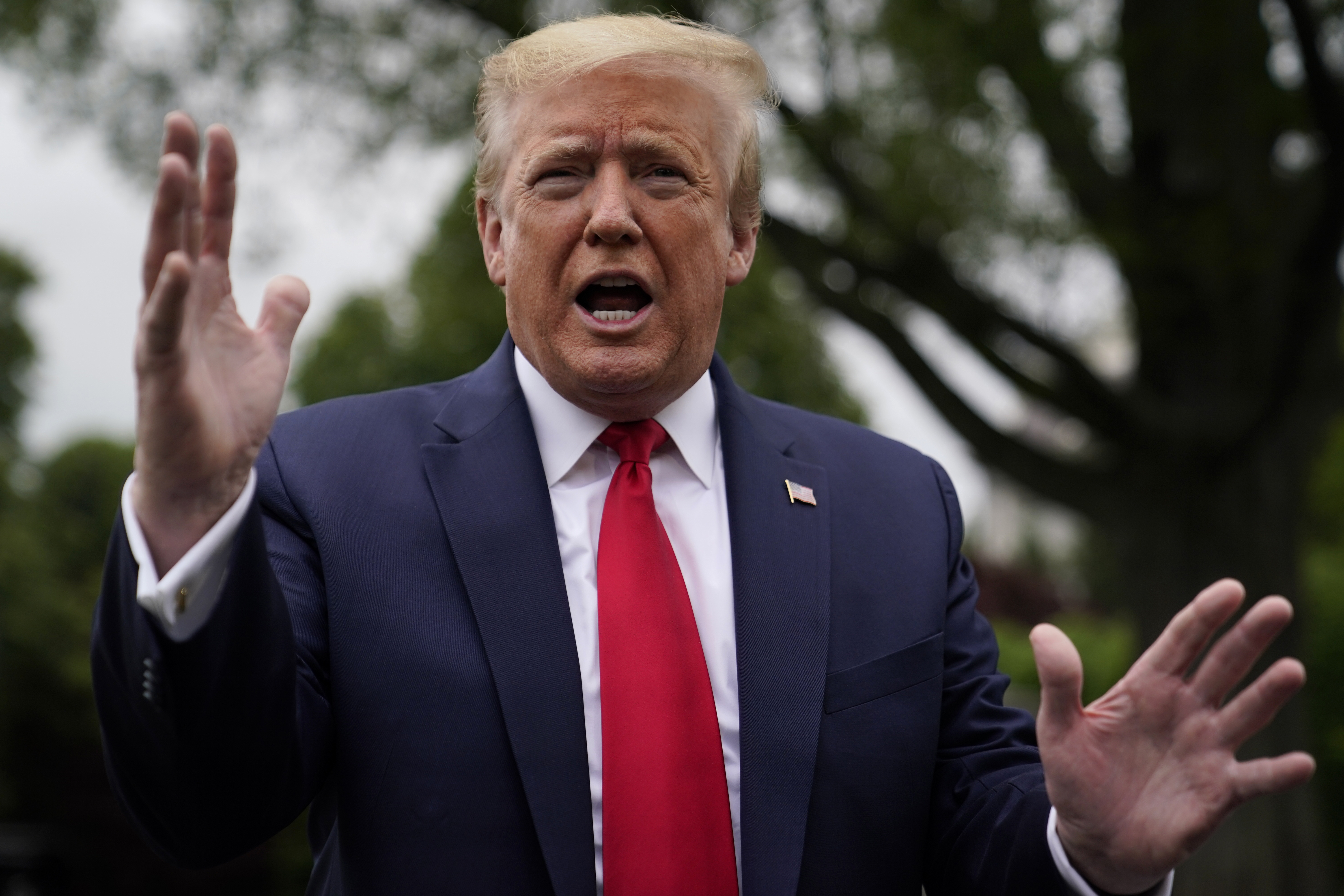 He said: “And I tested very positively in a another sense. This morning.

“Yeah, I tested positively toward negative, right? So I tested perfectly this morning. Meaning I tested negative.”

Mr Trump said he had been using hydroxychloroquine, which has a long list of side effects including causing abnormal heart rhythms in some, for nearly two weeks.

The drug is undergoing clinical trials as preliminary tests in countries such as China have showed it can lessen some of the more severe symptoms of Covid-19.

However, aside from causing heart problems in some patients, the medication can also lead to vomiting, headaches and blurred vision.

Trump said he would be taking the drug for at least one more day, saying: “I think it's another day. I had a two-week regimen of hydroxychloroquine.

“And I've taken it just about two weeks. I think it's another day. 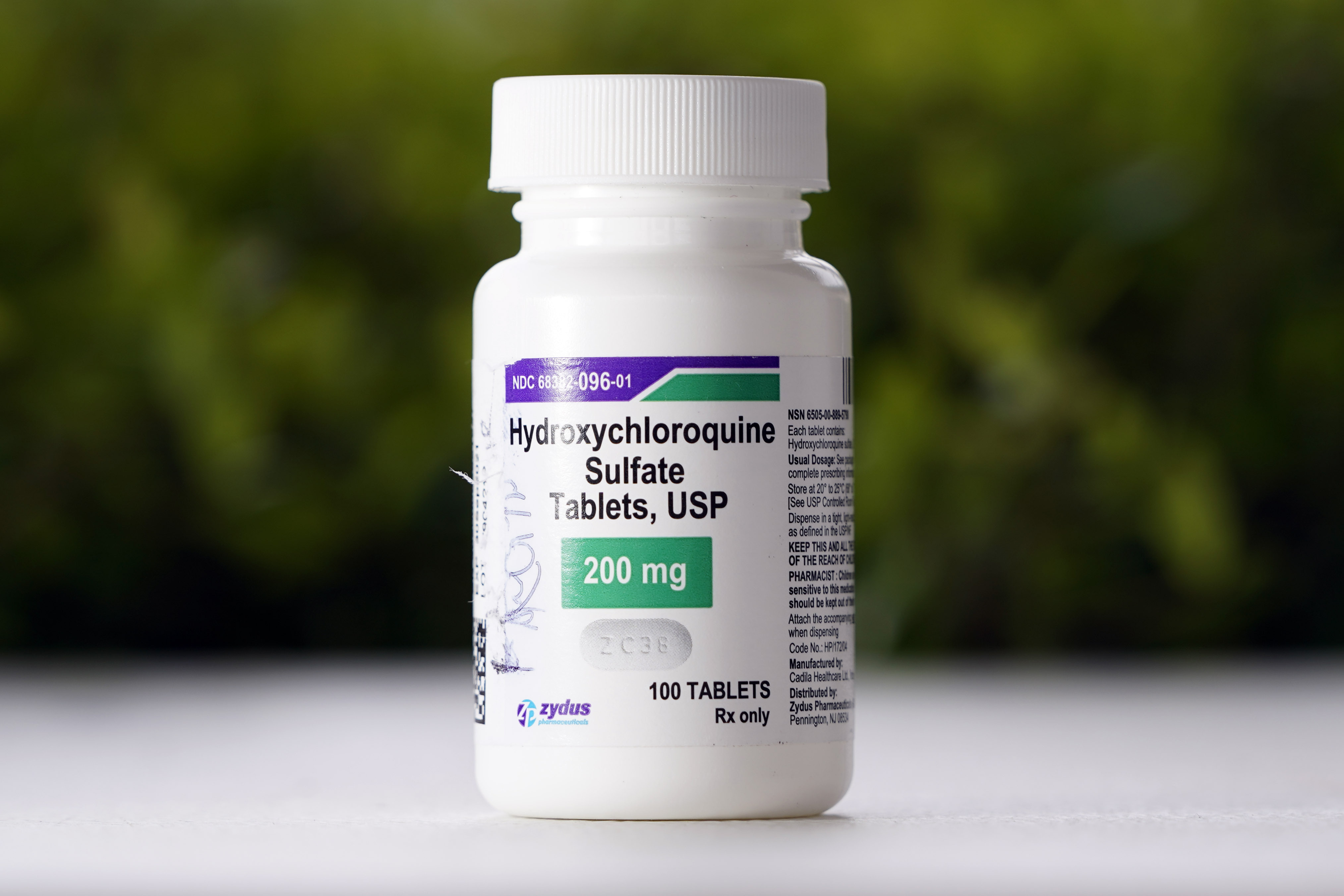 The President admitted he had not taken an antibody test which would show if he previously had the respiratory disease which has killed more than 96,000 Americans.

On Monday, Trump revealed that he had been taking hydroxychloroquine for a week and a half – a drug he had been promoting as a potential treatment for Covid-19.

The Republican, who called the drug a “game changer” in March, says he is taking it as a preventative measure against the virus.

He revealed that White House doctor Sean Conley had prescribed it for him after he inquired about the potential treatment, also used to treat lupus and arthritis.

Though the drug was the first coronavirus treatment to be approved, the Food and Drug Administration (FDA) have since issued a warning due to the increased risk of heart problems.

Recent studies have shown hydroxychloroquine is not effective in treating the new virus, despite some early indications which prompted the President to order the purchase of 29 million doses of the drug.

Trump appeared to brush off these concerns and revealed he took it, along with zinc.

The brash New Yorker insists that recommendations from word-of-mouth from medics he spoke to over the phone was proof enough.

Miracle cure? What is hydroxychloroquine?

THE drug, which is typically used to treat malaria, has become the first to be approved to treat coronavirus in the US.

Hydroxychloroquine has been approved by the US Food and Drug Administration and is available for prescription.

However, there are doubts about the anti-malarial drug's effectiveness – and safety.

The Food and Drug Administration warned health professionals last month that the drug should not be used to treat COVID-19 outside of hospital or research settings, due to sometimes fatal side effects.

Regulators issued the alert for the drug, which can also be used to treat lupus and arthritis, after receiving reports of heart-rhythm problems, including deaths, from poison control centers and other health providers.

"Here's my evidence," he said, insisting he was not exposed to the virus despite the West Wing contagion. "I get a lot of positive calls about it."

But physicians have expressed concern about the news that Trump is taking hydroxychloroquine.

Dr. William Schaffner told The Washington Post: "I certainly would not recommend that people in the US ask their physicians to prescribe hydroxychloroquine for the prevention of Covid.

"Its use is entirely speculative."

Following the admission, House Speaker Nancy Pelosi also expressed her surprise over the 73-year-old's use of the drug.

“He's our president and I would rather he not be taking something that has not been approved by the scientists,” she told CNN.

“Especially in his age group and in his, shall we say, weight group, what is morbidly obese, they say. So, I think that it's not a good idea.”

Cavuto warned viewers: "It will kill you. I cannot stress enough."

He added: "This is a leap that should not be taken casually by those watching at home, or assuming, well the president of the United States says it's OK…

"I only make this not to make a political point here, but a life-and-death point. Be very, very careful."