A caravan of more than 100 vehicles driven by out-of-town Trump supporters brought Fifth Avenue to a halt early Sunday — the latest show of support for the coronavirus-stricken president.

The long line of cars, trucks and motorcycles had mostly driven into the city from Long Island — grinding traffic to halt for at least 30 minutes as they arrived to loudly cheer for the president outside his Trump Tower home.

They constantly blared horns and waved flags — with loud chants of “four more years!” in support of the commander in chief’s re-election bid.

The noise stopped for at least a moment as the group called for a moment of silence to send a prayer.

After the silence, he shouted “President Trump, we love you!” — before leading the group in chants of, “USA! USA!”

“There were a lot of cops [but] there was no trouble,” said a local security guard, who estimated she saw the caravan blocking Fifth Avenue almost 10 blocks from 54th to around 62nd Street. “It was peaceful, no stress. Nobody was hassling anybody,” she said of the loud show of support.

As many took to the streets outside Trump Tower, there was also virtually no sign of any masks, either — despite the pandemic that brought them there to show support for the president after his hospitalization.

The main group — suitably called “The Long Island Loud Majority” — had got up at around 4 a.m. to gather in Ronkonkoma and head to the city, according to one of those involved, Jessica Marie Hahnan. 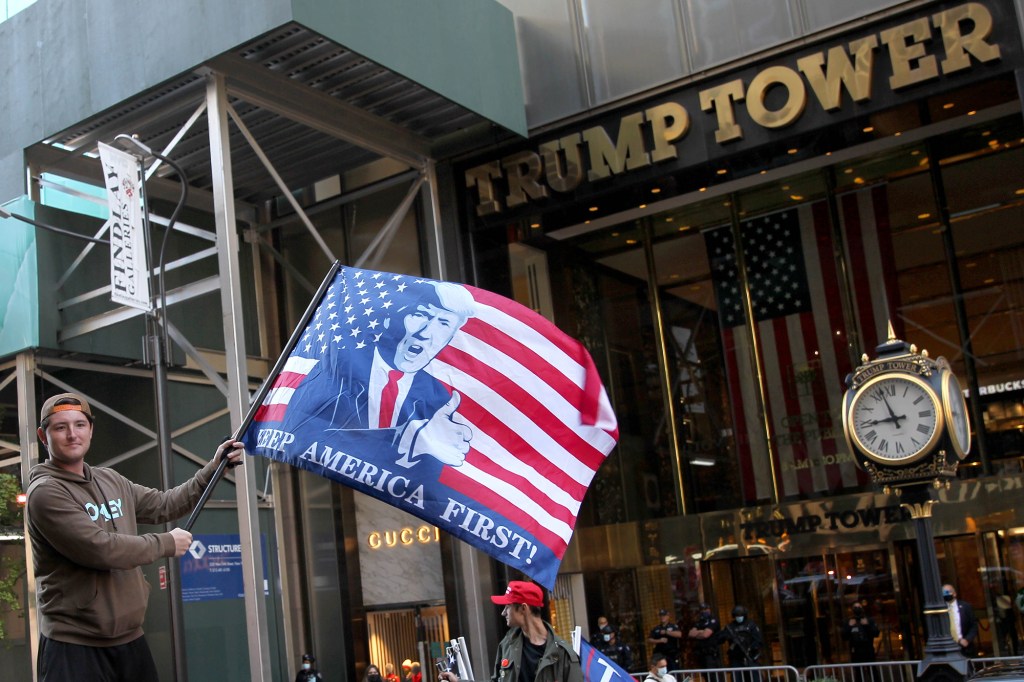 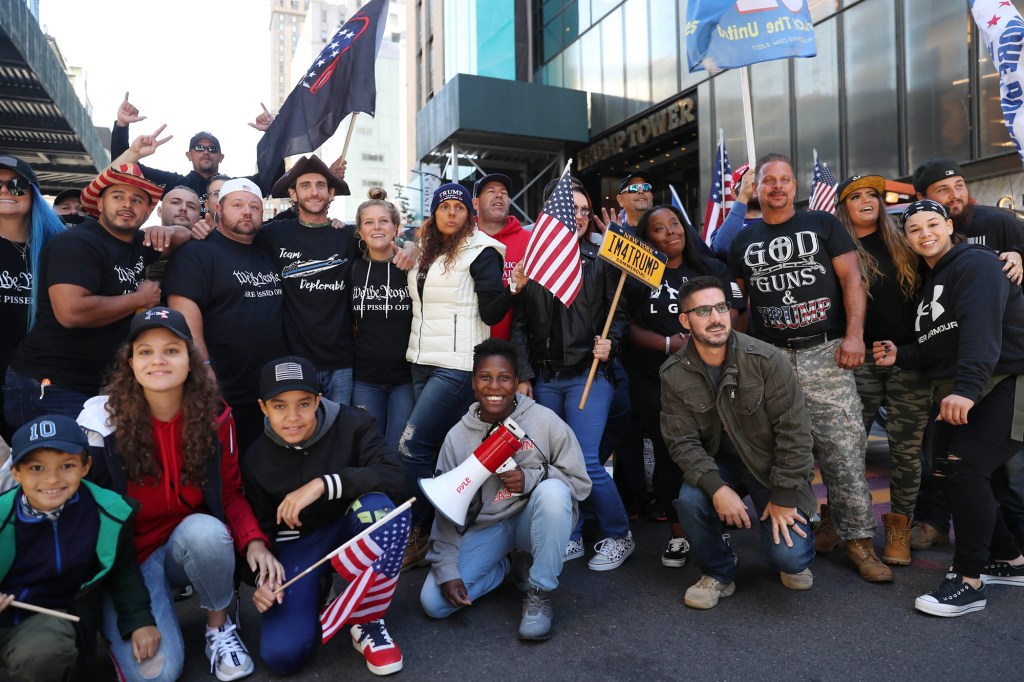 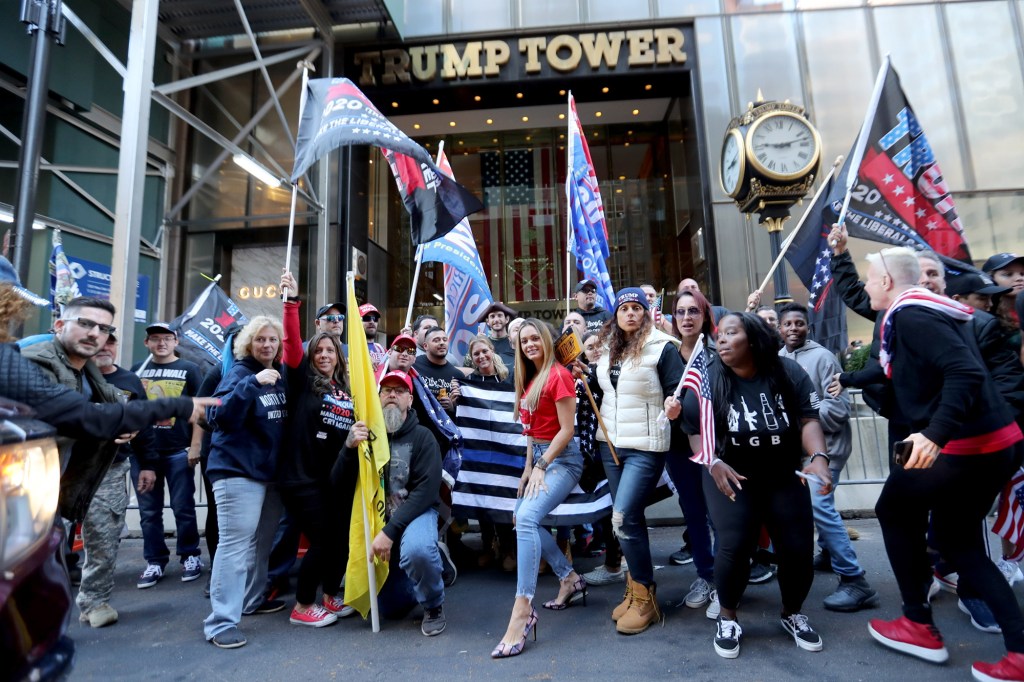 '5th, Ave, close, supporters, Trump
You may also like: