DONALD Trump threatens "radical left anarchists" and anyone who tries to tear down statues with "ten years prison."

The president issued a warning on Sunday morning to protesters who are ripping down the monuments. 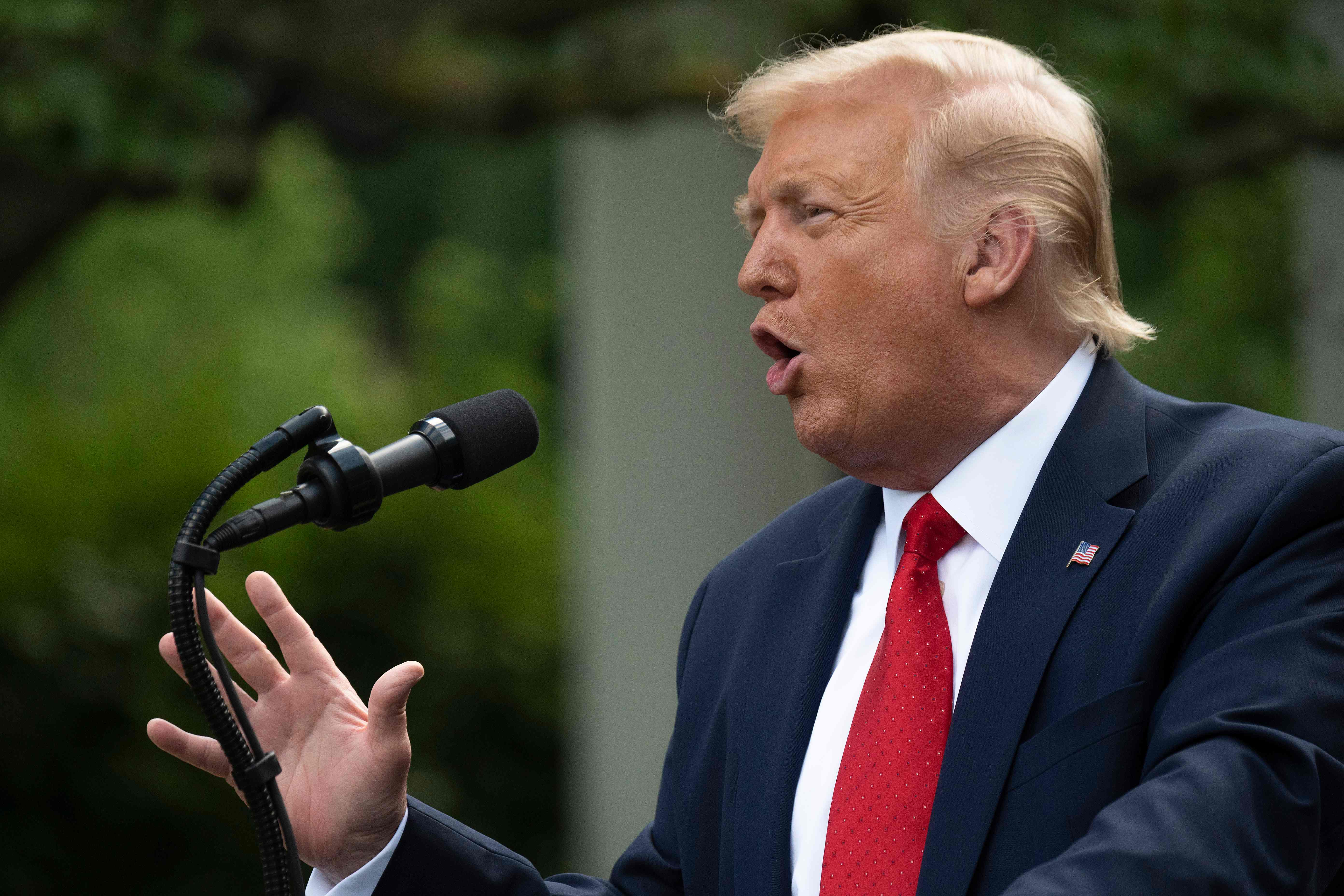 "No, Radical Left anarchists, agitators, looters or protesters will not be knocking down or harming the Washington Monument, the Lincoln or Jefferson Memorials.

"If they even try, an automatic 10 years in prison. Sorry!" Trump's warning included "just about any other" federal statues or monuments as well."

Last week Trump said "anarchists have no bounds" after the statue of Black abolitionist icon and former slave Frederick Douglass was torn down.

WXXI news reported that the monument of Douglass was ripped off its base in a park in Rochester, New York, and dumped over the fence in Genesee River gorge.

Trump tweeted: "Statue of Frederick Douglass Torn Down in Rochester. This shows that these anarchists have no bounds!"

Cops said that, alongside the damage to the bottom of the statue, one of the fingers on the left hand was damaged.

The outlet reported that the statue was “one of 13 Douglass statues that were placed around Rochester in 2018 in honor of his 200th birthday.”