A man has been arrested after he confessed to fatally shooting his ex-wife, mother-in-law and sister-in-law in front of the couple’s two children.

The 45-year-old shot the women as his two children, aged four and seven, were getting ready for school in Valga, Spain, yesterday morning.

José Luis Abet Lafuente then called police and confessed before fleeing the scene.

He has now been arrested after he was found near his mother’s house and has been taken to court today to stand trial.

According to local media reports he had recently messaged his ex-wife, Sandra Boquete Jamardo, 39, accusing her of not letting him see his children. 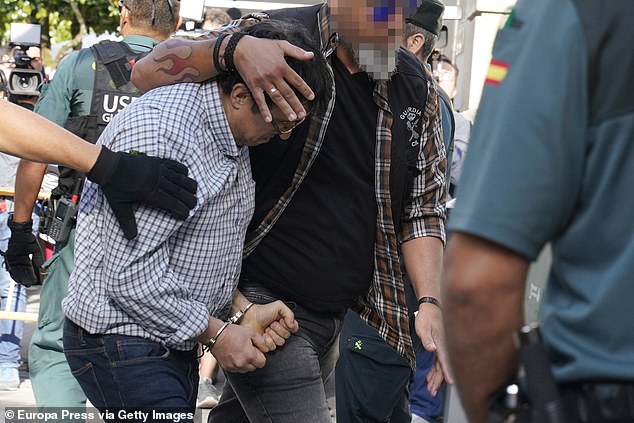 José Luis Abet Lafuente, 45, (pictured arriving at court) shot the women as his two children, aged four and seven, were getting ready for school in Valga, Spain

He is alleged to have sent her a message saying, ‘You go and ask me for a divorce and on top of that you don’t let me see the children,’ according to Spanish newspaper El Mundo.

Ms Jamardo was putting her children in the car to take them to school at 8am when Lafuente arrived carrying a gun, according to officials.

Lafuente then shot her even though he saw that his children were in the back of the car. 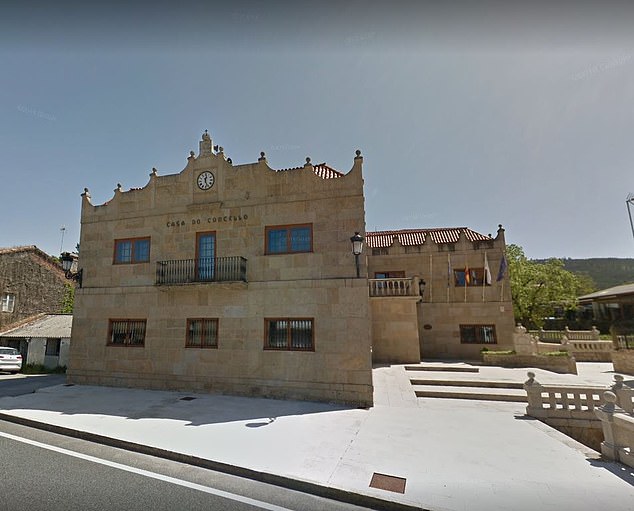 Ms Jamardo was putting her children in the car to take them to school at 8am when Lafuente arrived carrying a gun, according to officials. Pictured is Court of Caldas de Reis where Lafuente was taken

When Ms Jamardo’s sister and mother arrived Lafuente shot them both dead as well.

Lafuente then fled the scene and went to the house he lived in with his mother which was about 12 miles away.

He allegedly threw the 32-calibre revolver into the nearby Tambre River and it was later recovered by police.

According to government officials he didn’t have a licence for the revolver.

Three days of mourning have been announced by local authorities.

The children are being cared for by an uncle.

According to local reports the couple divorced last year but there had been no prior complaints of violence from the victims.

children, father, Sh, two, Witness
You may also like: