‘The worst Thai boxing skills ever’: Two drunk men fall over as they stagger around the road trying to land kicks and punches on each other

Two drunk men stumbled over each other trying to throw punches in what one onlooker described as ‘probably the worst Muay Thai boxing skills’ he had ever seen.

Footage shows the neighbours – an elderly man and another who appears to be in his thirties – trading feeble punches on a street in Buriram, north-eastern Thailand last Saturday.

After squaring up, the younger man kicks the other in the shin but is then easily pushed to the ground after his foe grabs him without much resistance.

The older man then kicks him lightly in the chest and then just falls over. 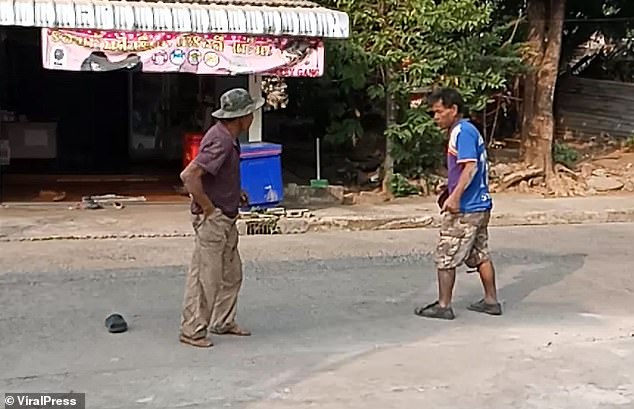 The two drunk neighbours, who had been arguing, square up as they prepare to do battle on a street in Buriram, north-eastern Thailand 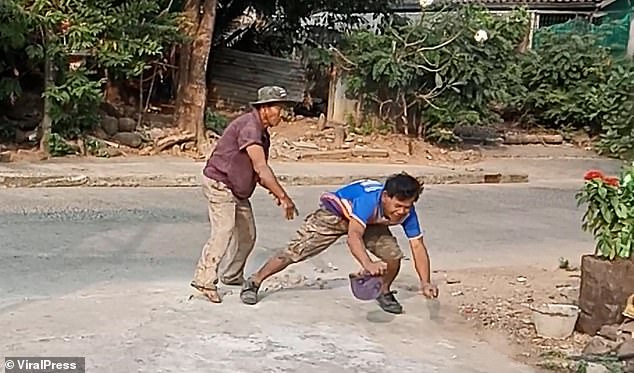 After the younger man kicks the elderly gentleman in the shin, his foe easily pushes him to the ground with little resistance 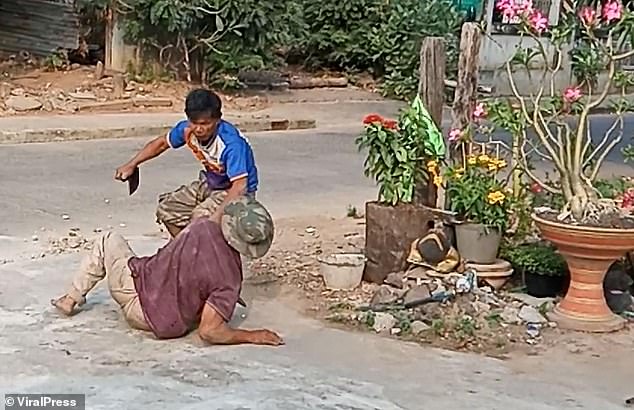 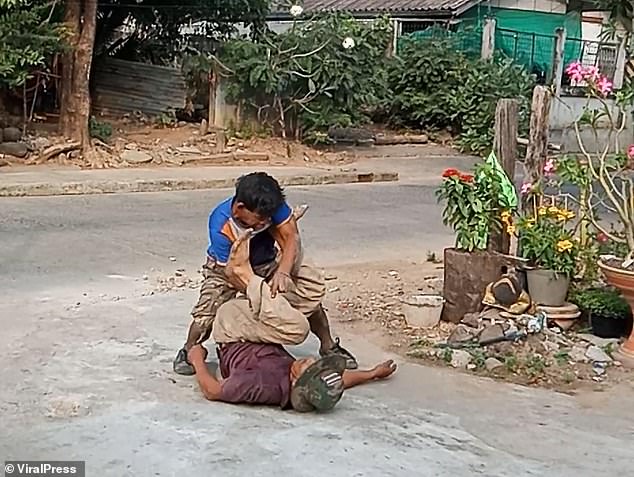 While the man in blue launches another attack, his opponent fends him off with his feet – and gently pushes him back down to the ground again

Seeing his chance, the younger one ‘kicks’ his opponent’s side while he’s still down – a kick in his mind, at least. What he actually does is very delicately places his foot on the man.

After some brief wrestling-lite, the two square up once more – and after a flurry of kicks from both, they fall down again.

It’s at this point that the fight becomes more vicious as the older man punches the younger one in the head, without too much force.

As the younger man lies cowering on the ground, protecting his head with his hands, his opponent tries to kick and punch him in the face a few times before shuffling away – after retrieving a shoe which has come off. 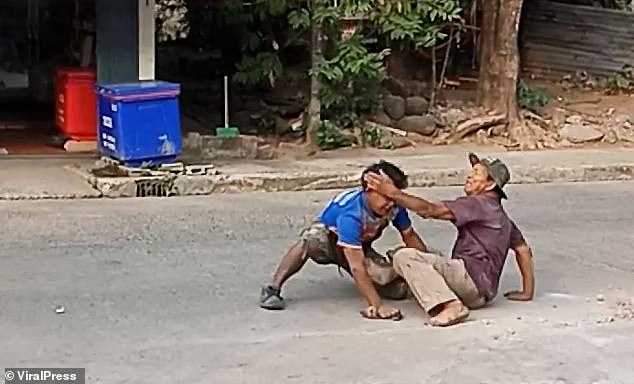 The action gets more heated towards the end when the elderly man punches his foe several times in the head, without too much force 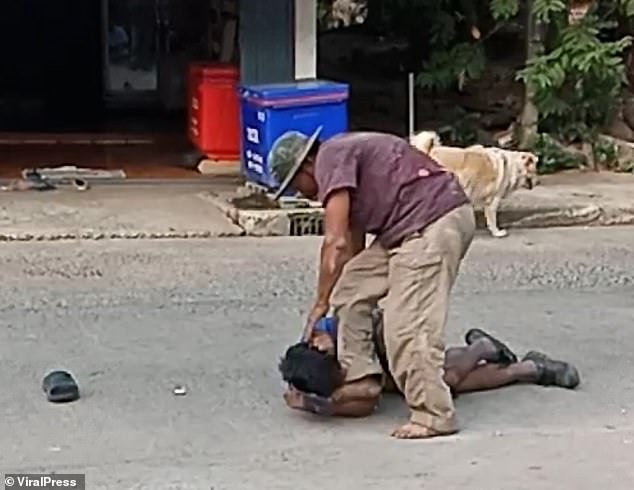 While the younger fighter cowers and protects his head, the other kicks him a few times in the face, as onlookers are heard laughing in the background

Meanwhile, the young man ‘plays dead’ before looking up to see if the grinning victor has gone.

The pair had been arguing before they came to blows, it was reported.

Onlooker Songphon Anan said the two men were fighting because they were drunk.

He added: ‘I shouted at them to stop fighting but they carried on for almost three minutes. I wasn’t worried about them hurting each other.

‘It was quite funny and probably the worst Muay Thai boxing skills I have ever seen.’ It’s over! The grinning victor wanders off after collecting his shoe which has fallen off, while the other man stays still on the ground – apart from a quick peep to see if his neighbour has gone