Typhoon Hagibis is expected to peak in intensity on Wednesday as it churns towards Japan’s main island of Honshu. The Japan Meteorological Agency (JMA) has categorised the monster storm as violent, the highest category there is. The US military’s Joint Typhoon Warning Center (JTWC) observed higher sustained winds of 160mph, making Hagibis a Category 5-equivalent super typhoon.

The storm was tracking near the Ogasawara islands on Wednesday afternoon.

Hagibis is now approaching Japan’s main island of Honshu after a rapid intensification in the Pacific.

Terrifying forecasts indicate the super typhoon could make a direct pass over the Kanto region.

Hagibis is forecast to continue moving toward Honshu, weakening only slightly before a possible landfall. 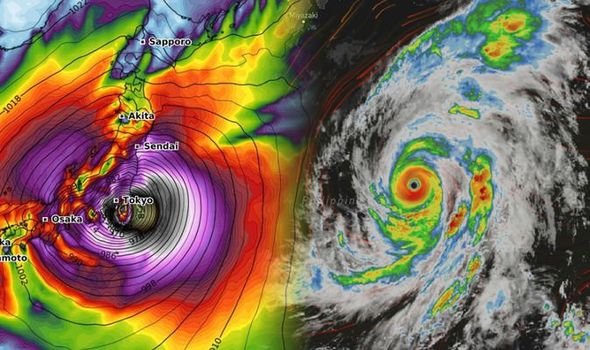 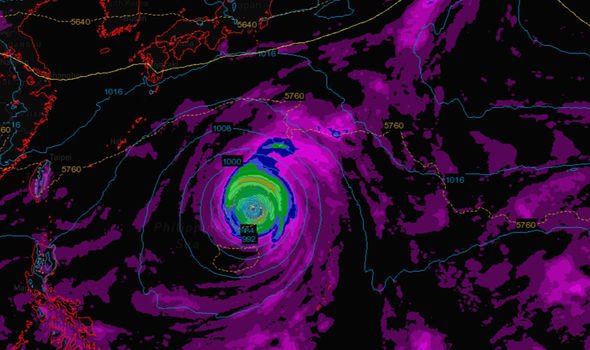 What time will Super Typhoon Hagibis make landfall in Japan?

One track could see Hagibis turn to the west toward central Japan or the east toward the sea. 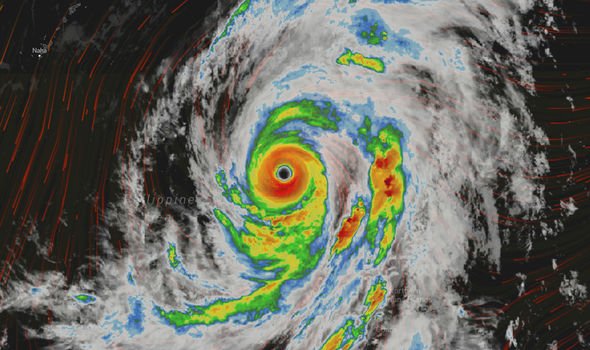 However, large size means areas not facing a direct hit could still be significantly impacted.

How powerful the typhoon will be when it makes landfall is not clear.

But various weather agencies agree there is no doubt it is a dangerous storm that could cause severe damage.

Damage include impact to public transportation networks and disruption of events — including the Rugby World Cup and Formula 1.

Typhoon Hagibis has received attention from around the world for its rapid intensification.

On Monday, the horror storm developed from a tropical storm to a typhoon in just 18 hours.

Typhoon expert and meteorologist Robert Speta, who works for the US Navy in Florida, explained the storm went through “explosive intensification.”

He said: “The storm went from a tropical storm to a violent typhoon in the matter of hours.

“In fact it was an historic amount of intensification in such a short time. 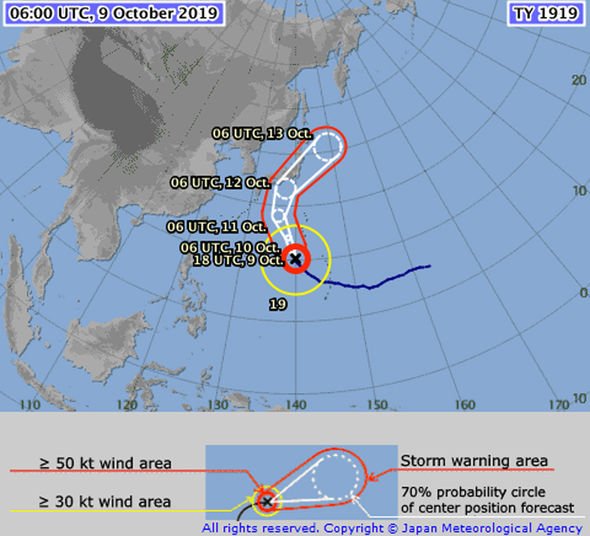 “This only happens when all the right ingredients are in place.

“Like if you had a fire and instead of throwing gasoline on it to make it bigger you also grabbed some lighter fluid, a bit of oil and a couple of aerosol cans for good measure.”

“This storm should be a classic recurve type storm with the worst of it being on the easterly side as it moves north.

“The big difference here is that some coastal areas are still recovering from Typhoon Faxai last month.

Those in the storm’s path should stay away from the coast and remain indoors, Mr Speta said, adding that keeping up with the latest forecast information is key.

The meteorologist added: “Looking at old information could be dangerous.”