The Gypsy King after sharing a clip of a pub banning a man and his 70-year-old father-in-law from entering reportedly because they were travellers. 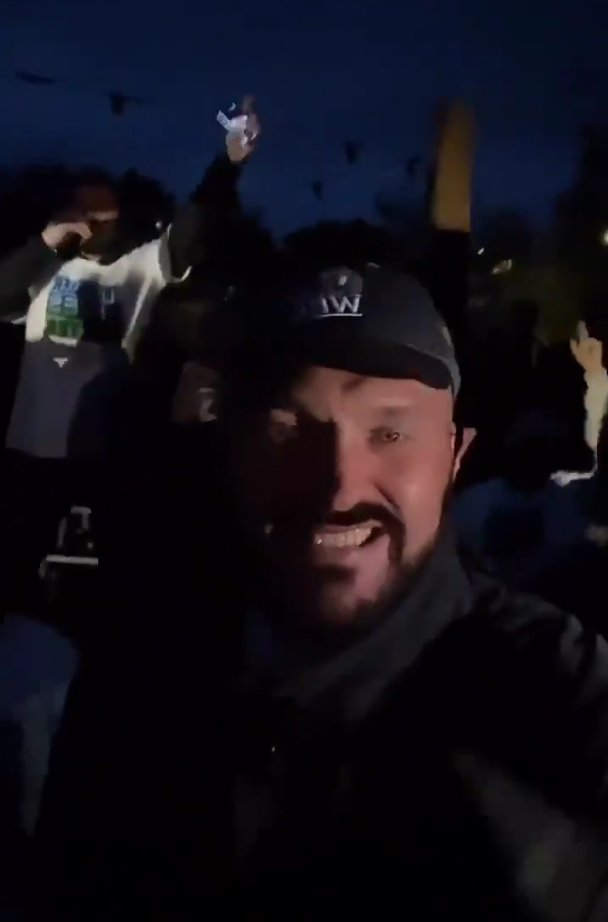 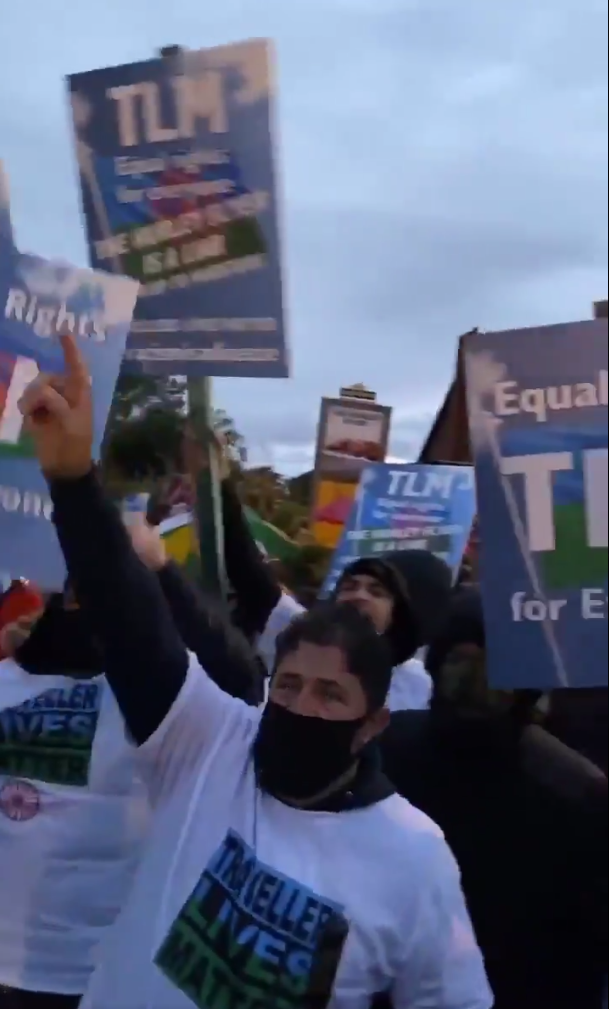 Two-time heavyweight world champion Fury shared a video on his Twitter tonight of a group wearing face masks at the march.

They can be heard shouting "TLM (Traveller Lives Matter)" while holding up placards reading: "Equal rights for everyone".

Fury says: "So here I am, here in Lancaster. There is a protest going on, Travellers' Lives Matter.

"You shouldn't be racist towards travellers in 2020."

The group can then be seen marching down a street led by Fury towards "the next racist pub".

They begin chanting "TLM" again as they gather outside a pub in Morecambe accused of banning travellers from entering.

Fury then calls on Boris Johnson to come to the town to tackle "racism".

He added: "It's not OK to be racist towards travellers, it's not acceptable."

It comes after Fury shared a video of a doorman telling a man and his elderly dad they were not allowed to enter a pub because they are travellers.

During the video, a bearded doorman at the pub – which is run by Marston’s Brewery – explains his decision for not allowing the pair to enter.

He told the man there was an incident at the pub a few weeks ago involving travellers – but the men at the door insisted they were not present.

He said: “The brewery has been instructed by the local authority not to admit travellers.

“I’ve never come across you myself.”

The man filming the clip replied: “So my father-in-law there, 70 years of age, and there’s me, and we’re being refused by who? Marston’s?

“So you’ve had an incident here, a few weeks ago.” The worker said: “They have, yes.”

The traveller replied: “Were we involved in that incident? Were we even here?

The pub worker added: “I wasn’t on duty that night, so I couldn’t say.”

The exchange ends with the worker offering to shake the man's hand.

“How is this even possible in today’s society? Totally unacceptable behaviour. Racism at work.” 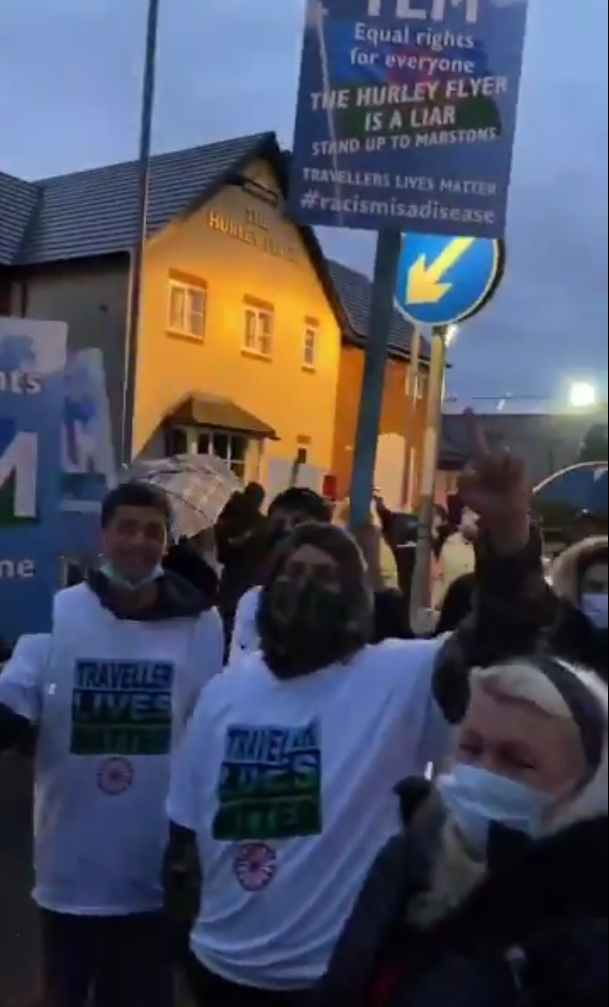 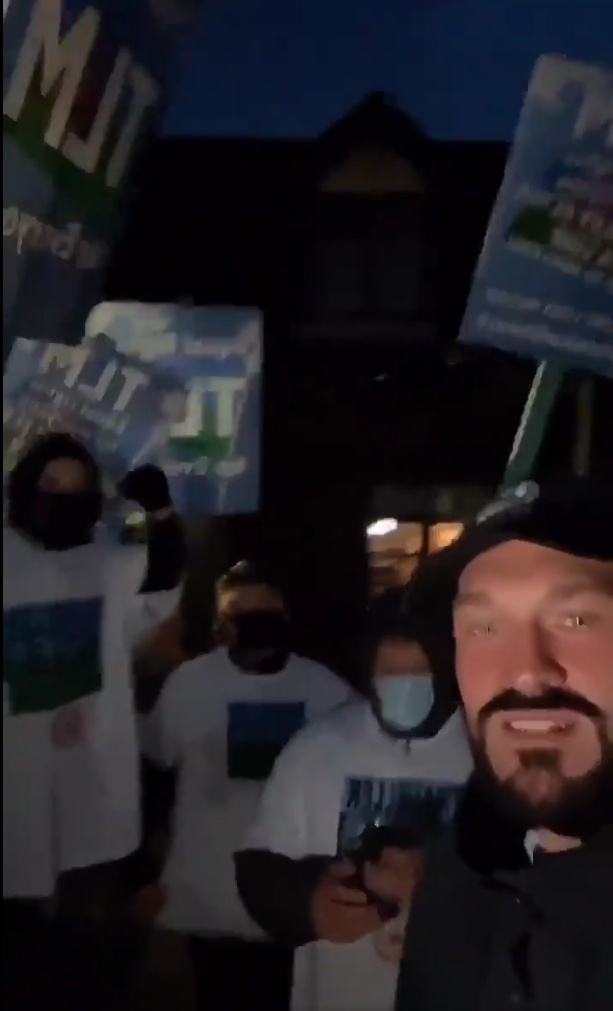 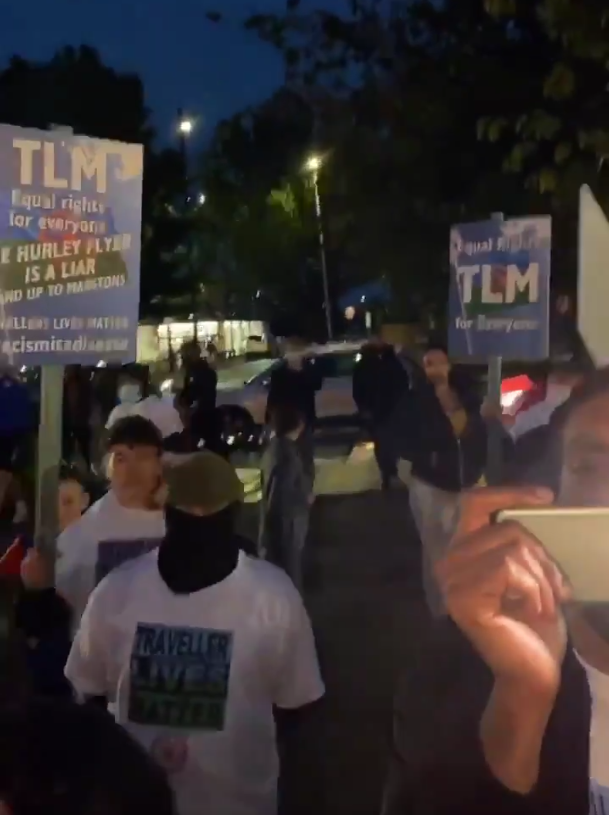 fury, of, shares, Trav, Tyson, vid
You may also like: