WASHINGTON (Reuters) – The United States imposed fresh Russia-related sanctions on Wednesday, expanding a blacklist of individuals allegedly involved in a Kremlin-backed campaign to meddle with the 2016 U.S. presidential election, among other misdeeds. 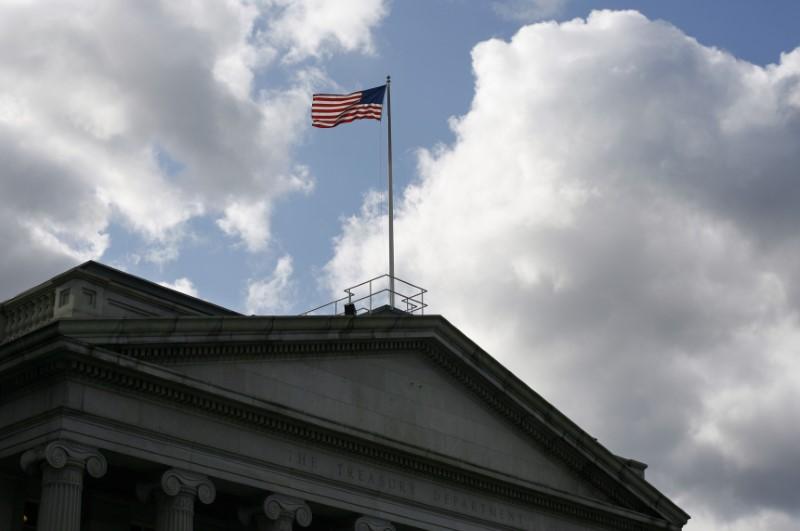 The U.S. Treasury Department twinned that development with an announcement that it would lift sanctions on major aluminum company Rusal and two other firms tied to Oleg Deripaska after a deal was struck to sever the Russian oligarch’s control over them.

Deripaska himself will remain under sanctions, Treasury said.

The fresh sanctions targeted 15 members of a Russian military intelligence service and four entities involved in the alleged election interference, the hacking of the World Anti-Doping Agency and other “malign activities” around the world, the Treasury said in a statement on its website.

The action, which followed sanctions in April on Deripaska and six other oligarchs, were “in response to Russia’s continued disregard for international norms,” the statement from Treasury’s Office of Foreign Assets Control (OFAC) said.

The move also comes on the heels of U.S. President Donald Trump’s signing of an executive order in September to impose sanctions on any country or person that tries to interfere in U.S. elections. Trump issued the order amid criticism over his handling of Russian election meddling.

“The administration hasn’t taken its eye off the Russian intelligence service and the role they play in malign activities around the world,” said Michael Dobson, who worked on sanctions policy toward Russia at OFAC and is now at the Morrison & Foerster law firm. “I think it’s definitely a strong action.”

The sanctioned individuals include several intelligence officers who were allegedly engaged in the hacking of Democratic Party officials and in campaigns to sow discord over social media with the aim of disrupting U.S. elections.

The list includes Elena Alekseevna Khusyaynova, who was charged in October in Virginia for attempting to interfere in the 2018 U.S. midterm elections, and who has been named in court papers as the accountant for a collection of Russian companies indicted by Special Counsel Robert Mueller earlier this year.

Treasury also singled out Victor Boyarkin for his ties to Deripaska. Boyarkin is a former intelligence officer who reports directly to Deripaska and helped provide “Russian financial support” to a Montenegrin political party ahead of elections in Montenegro in 2016, Treasury’s statement said.

The Treasury sanctioned several individuals for their alleged roles in the hacking of the World Anti-Doping Agency, the Organization for the Prohibition of Chemical Weapons, and other organizations between 2016 and 2018.

It also sanctioned two Russian intelligence officers, Alexander Petrov and Ruslan Boshirov, for their alleged role in the poisoning of former Russian spy Sergei Skripal and his daughter in Salisbury in March.

russia, sanctions, TREASU, Us, USA
You may also like: