WASHINGTON/ISTANBUL (Reuters) – The United States on Friday raised the stakes in its standoff with Turkey over Ankara’s deal to acquire a Russian air defense system, laying out a plan to remove the NATO ally from the F-35 fighter jet program that includes halting any new training for Turkish pilots on the advanced aircraft. 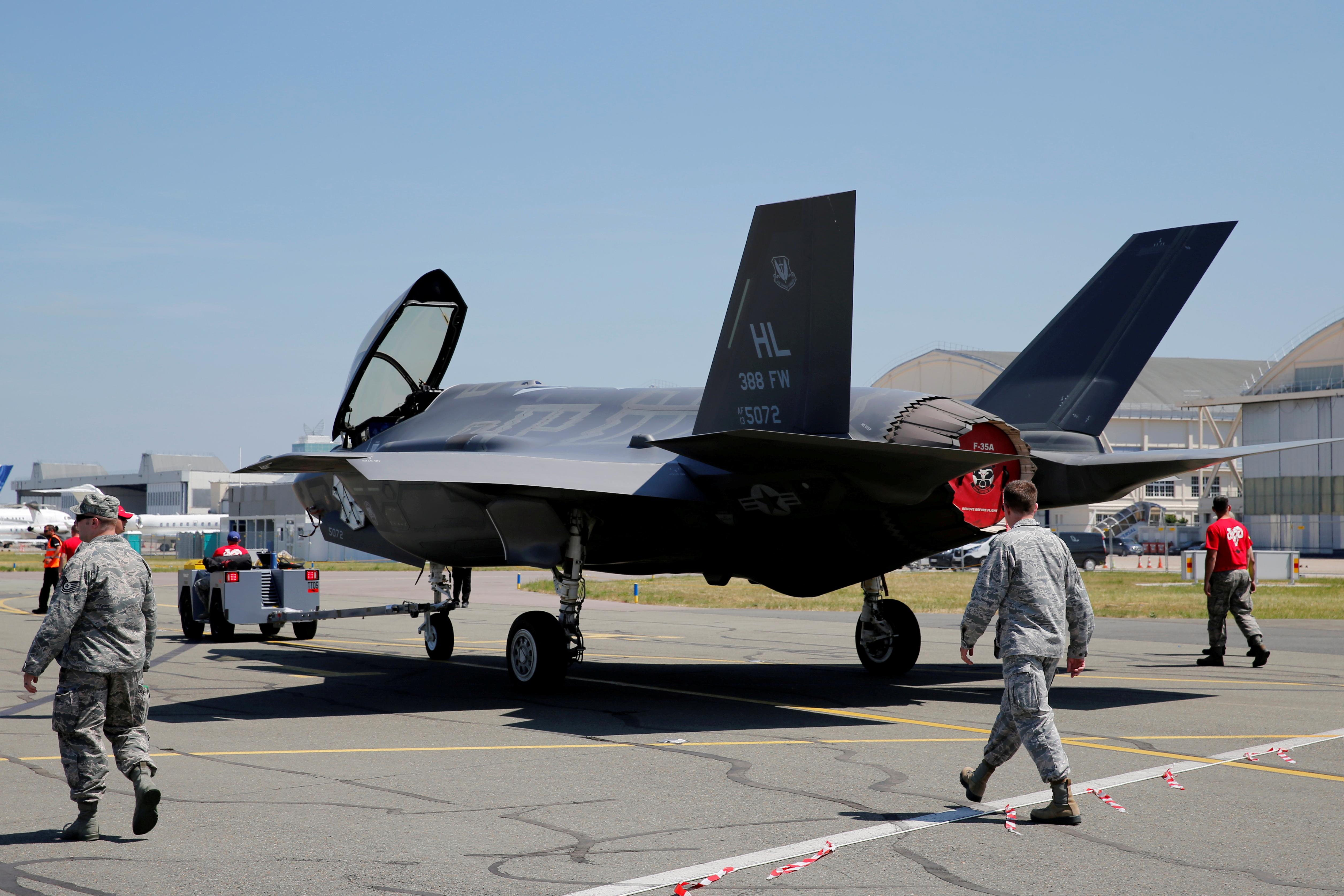 Acting U.S. Defense Secretary Patrick Shanahan sent a letter to his Turkish counterpart, seen by Reuters on Friday, that laid out the steps to “unwind” Turkey from the program.

Reuters on Thursday first reported the decision to stop accepting more Turkish pilots for training in the United States, in one of the most concrete signs that the dispute between Washington and Ankara is reaching a breaking point.

Shanahan’s letter explicitly states there will be “no new F-35 training.” It says there were 34 students scheduled for F-35 training later this year.

“This training will not occur because we are suspending Turkey from the F-35 program; there are no longer requirements to gain proficiencies on the systems,” according to an attachment to the letter that is titled, “Unwinding Turkey’s Participation in the F-35 Program.”

In his letter, Shanahan warns that training for Turkish personnel on the F-35 at Luke Air Force Base and Eglin Air Force Base will be discontinued at the end of July.

“This timeline will enable many, but not all, Turkish F-35 students currently training to complete their courses prior to departing the United States by July 31, 2019,” Shanahan said in his letter, which noted: “You still have the option to change course on the S-400.”

Turkey has expressed an interest in buying 100 of the fighters, which would have a total value of $9 billion at current prices.

If Turkey were removed from the F-35 program, it would be one of the most significant ruptures in recent history in the relationship between the two allies, experts said.

Strains in ties already extend beyond the F-35 to include conflicting strategy in Syria, Iran sanctions and the detention of U.S. consular staff in Turkey.

The disclosure of the decision on the pilots follows signs that Turkey is moving ahead with the S-400 purchase.

Defense Minister Hulusi Akar said on May 22 that Turkish military personnel were receiving training in Russia to use the S-400, and that Russian personnel may go to Turkey.

President Tayyip Erdogan said on Tuesday it was “out of the question” for Turkey to back away from its deal with Moscow.

Erdogan said the United States had not “given us an offer as good as the S-400s.”

The Turkish lira declined as much as 1.5% on Friday before recovering some losses. The currency has shed nearly 10% of its value against the dollar this year in part on fraying diplomatic ties and the risk of U.S. sanctions if Turkey accepts delivery of the S-400s.

Kathryn Wheelbarger, one of the Pentagon’s most senior policy officials, said last week that Turkey’s completion of the transaction with Russia would be “devastating,” dealing heavy blows to the F-35 program and to Turkish interoperability within the NATO alliance.

“The S-400 is a Russian system designed to shoot down an aircraft like the F-35,” said Wheelbarger, an acting assistant secretary of defense. “And it is inconceivable to imagine Russia not taking advantage of that (intelligence) collection opportunity.”