UNITED NATIONS (Reuters) – The United States said on Tuesday it wants the United Nations Security Council to vote this week on a draft resolution calling for elections in Venezuela and the delivery of humanitarian aid, but the move is likely to be opposed by Russia and other states. 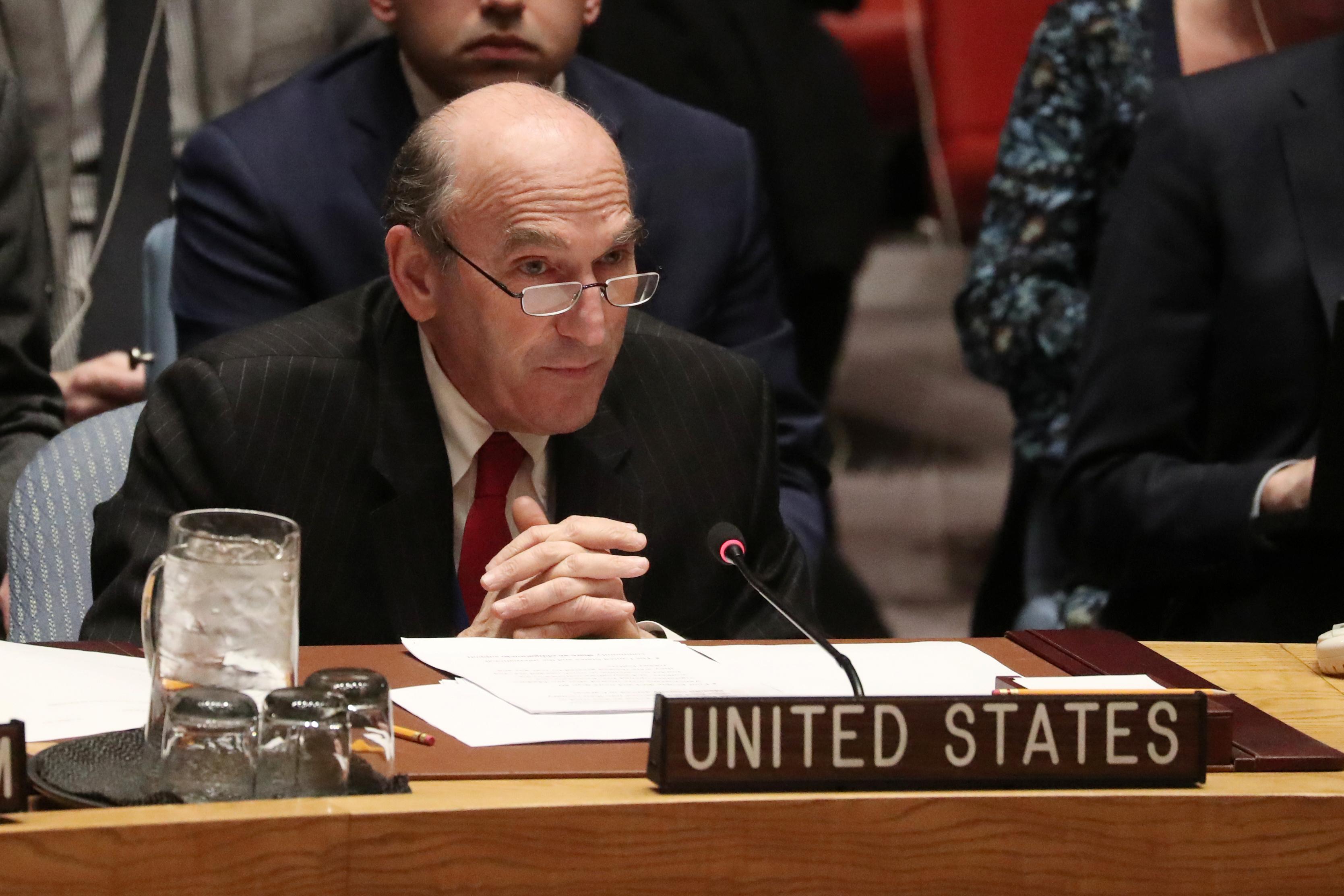 Speaking ahead of a council meeting on Venezuela, the U.S. special envoy for Venezuela, Elliott Abrams, also told reporters Washington would impose more sanctions on “high-ranking members of the regime and their financial affairs” this week and next.

Russia and the United States have been at loggerheads over a U.S.-led campaign for international recognition of Juan Guaido, the Venezuelan opposition leader and head of the country’s elected National Assembly, over President Nicholas Maduro. Guaido last month declared himself the interim head of state.

Earlier this month the United States proposed a draft Security Council resolution, which prompted Russia to propose a rival text that makes no reference to elections or aid. A resolution needs nine votes in favor by the 15-member council and no vetoes by Russia, China, France, Britain or the United States to pass.

“I would not like to predict what the Russians are going to do. I think it would be shameful to veto a resolution that calls for more humanitarian aid,” Abrams told reporters.

The Security Council met on Tuesday at the request of the United States, days after Maduro troops violently drove back U.S.-backed foreign aid convoys from Venezuela’s border with Colombia on Saturday, killing two protesters and prompting Guaido to propose that Washington consider “all options” to oust Maduro.

Venezuela’s Foreign Minister Jorge Arreaza told the Security Council that a U.S.-led campaign to oust Maduro had failed. “That was the last chapter in the coup on Saturday,” he said. “Read my lips – it failed. Now is the time for us to return to sanity.”

Guaido crossed into Colombia on Saturday in preparation for efforts to move aid over the border to Venezuela. He then met with members of the Lima Group, a bloc of nations from Argentina to Canada, on Monday in Bogota. Abrams told the Security Council he was concerned for Guaido’s safety upon his return to Venezuela.

“What took place on Saturday was reminiscent not of assistance but what is called force-feeding in the United States,” Russian U.N. Ambassador Vassily Nebenzia told the Security Council. “The U.S. authorities now decided to force feed a whole country.”

Nebenzia also questioned what other countries would have done if confronted with “an attempted illegal state border crossing for the delivery of unknown cargo.”

“One country even wants to build a huge wall on the border of another country to prevent an illegal border crossing,” he said, referring to U.S. President Donald Trump’s plan to build a wall on the U.S. border with Mexico.

China said it opposed the use of humanitarian aid for political purposes.

“Available information depicts a grim reality with the economy continuing to deteriorate, people dying of preventable causes and leaving the country in search of assistance,” she told the council.

Abrams denied Russian accusations that the United States is preparing to intervene militarily in Venezuela, but reiterated that Trump has said all options are on the table in dealing with Venezuela.

Abrams said that U.S. policy was “to use as much diplomatic and economic and political pressure as we can … to support the Venezuelan people’s desire for democracy, that’s our policy.

“We call on member states to consider what resources and tools they have to contribute to Venezuelan democracy and pressure the illegitimate Maduro regime to peacefully step down,” he told the Security Council.

a, Politics, UN, Us, USA, Venezuela
You may also like: