LONDON (Reuters) – The British parliament will vote on Boris Johnson’s deal to leave the European Union on Friday, a move the prime minister described as delivering on his promise to “get the Brexit vote wrapped up for Christmas” after his landslide election victory. 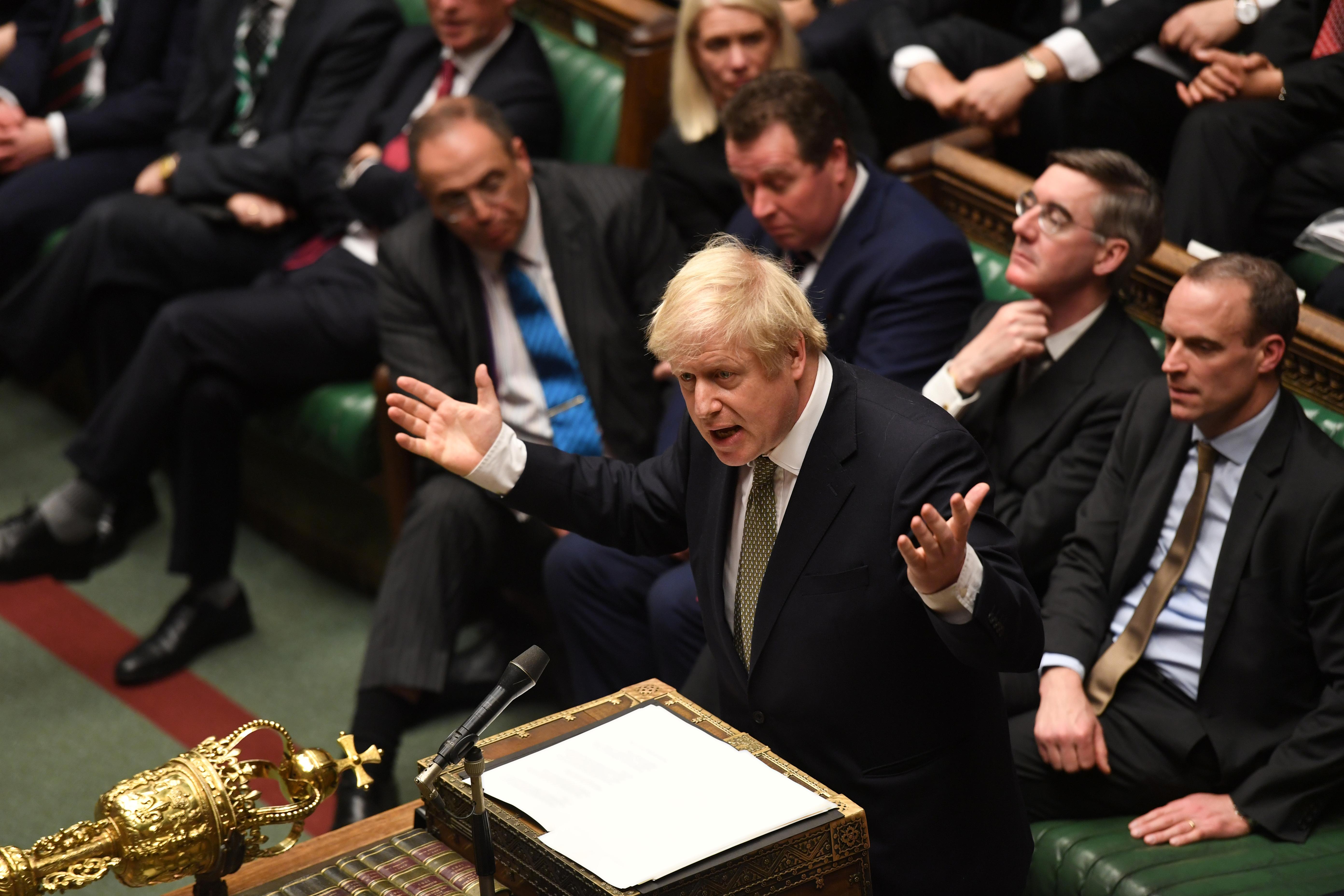 After suffering several defeats in the previous parliament, Johnson now enjoys a large majority and should face little opposition in passing the bill to implement Britain’s biggest foreign and trade policy shift in more than 40 years.

More than three years since Britain voted to exit the EU in a 2016 referendum, the deep uncertainty over Brexit has now been replaced by the firm deadline of Jan. 31.

“This is the time when we move on and discard the old labels of ‘leave’ and ‘remain’ … now is the time to act together as one reinvigorated nation, one United Kingdom,” Johnson told parliament before the vote, expected at about 1430 GMT.

“Now is the moment to come together and write a new and exciting chapter in our national story, to forge a new partnership with our European friends, to stand tall in the world, to begin the healing for which the whole people of this country yearn.”

The final stages of ratification will take place after Christmas, with the lower house of parliament having until Jan. 9 to approve the legislation, giving it just over three weeks to then pass through the upper house and receive Royal Assent.

Johnson wants Friday’s vote to show his intent and prove he – unlike his predecessor Theresa May – can get his Brexit deal passed by lawmakers.

After leaving, Britain will need to secure new trading arrangements with the EU – a future friendship, the prime minister said, that would see the country agree a trade deal with no alignment with the bloc’s rules.

In a few changes to the so-called Withdrawal Agreement Bill, Johnson seeks to make sure that there can be no legal chance of extending those talks beyond the end of next year.

But while Johnson has the support of his 365 Conservative lawmakers in the 650-seat parliament, some opposition lawmakers criticized him for removing the opportunity for parliament to have oversight over his negotiating priorities in the next phase of talks, and for getting rid of workers’ protections.

Opposition Labour leader Jeremy Corbyn described it as “terrible” and said his party would not be supporting the bill.

“This deal does not bring certainty for communities or for business or for the workforce, in fact it does the opposite and hardwires the risk of a no-deal Brexit next year,” he said.

Just a week after he won the largest Conservative majority since Margaret Thatcher in 1987, Johnson has set out an ambitious government program, with securing Brexit at the top of his agenda to repay the trust of voters. 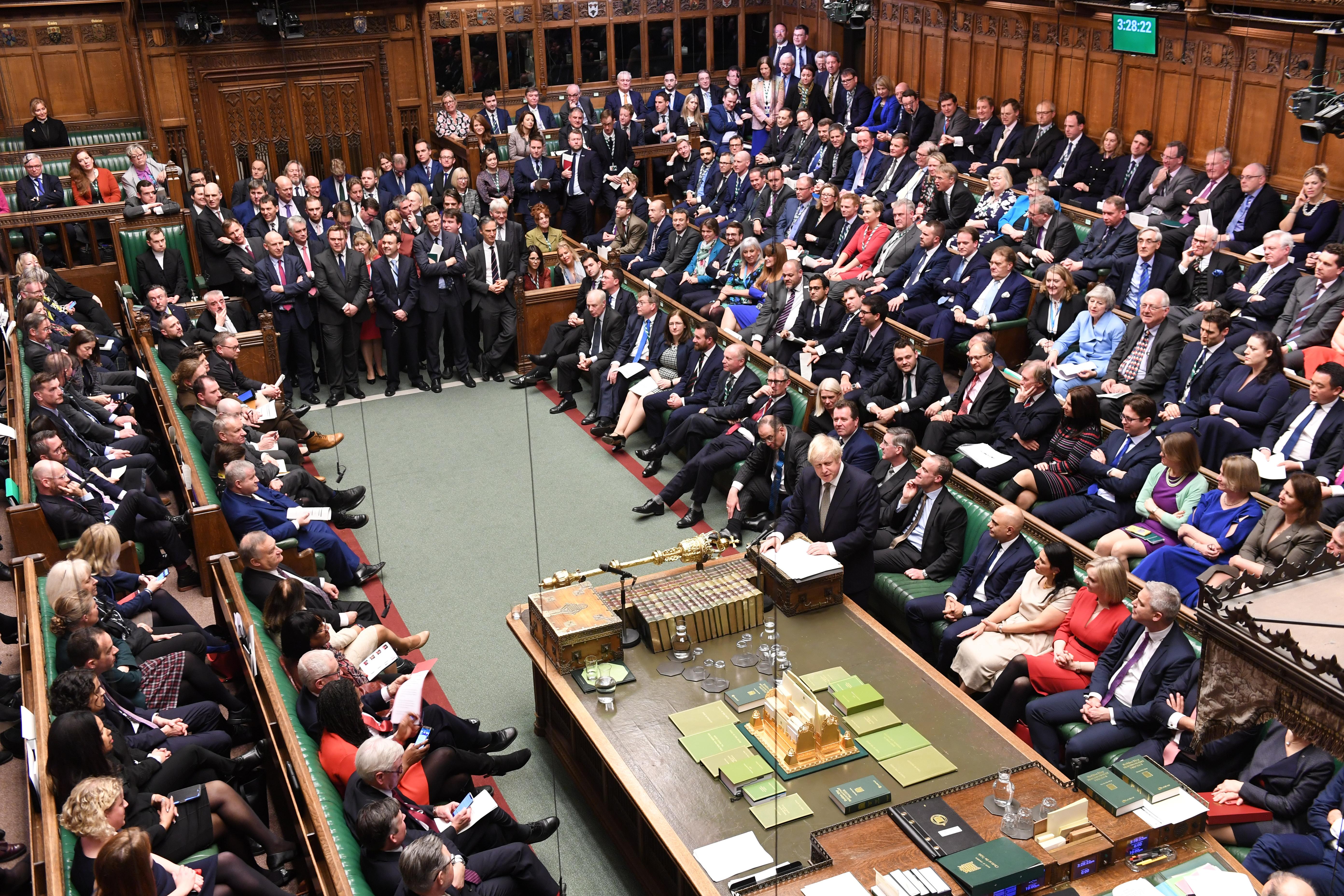 Hoping to satisfy the demands of voters in northern and central England who broke their tradition of backing the opposition Labour Party to support him, he has also pledged more funding to the state health service, education and policing.

“Today we will deliver on the promise we made to the people and get the Brexit vote wrapped up for Christmas,” he said in comments before the vote.

“Next year will be a great year for our country.”