MANCHESTER, England (Reuters) – Prime Minister Boris Johnson will on Wednesday unveil his final Brexit offer to the European Union and say that, if Brussels does not engage with it, Britain will stop talking and leave on Oct. 31 regardless. 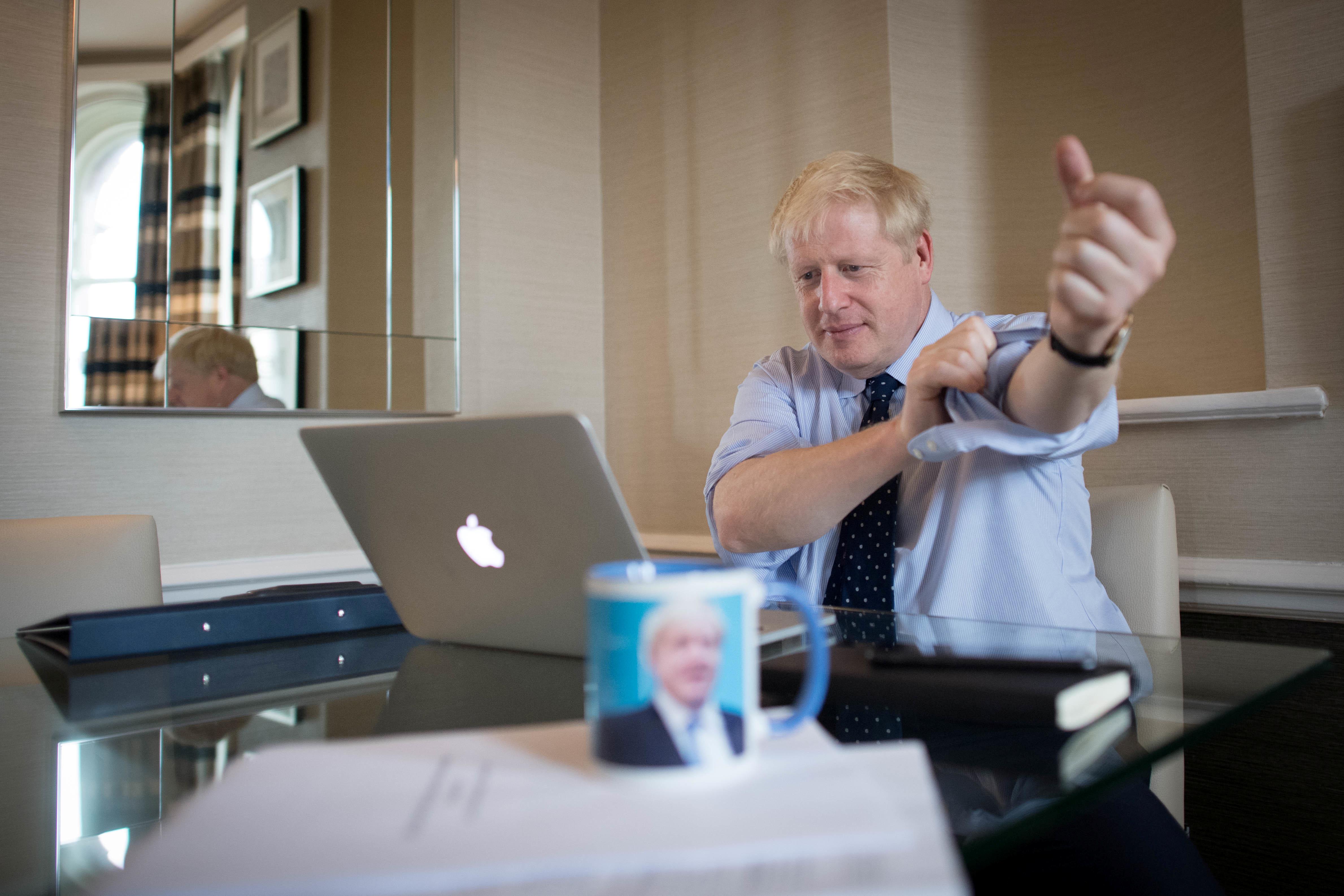 In his closing speech to his Conservatives’ annual conference, Johnson will stick to his hard line on Brexit, offering the party faithful details of what he will describe as his “fair and reasonable compromise”.

With less than a month left until Britain is due to leave the EU, the future of Brexit, its most significant geopolitical move since World War Two, is uncertain. It could leave with a deal or without one – or not leave at all.

“My friends, I am afraid that after three-and-a-half years, people are beginning to feel that they are being taken for fools. They are beginning to suspect that there are forces in this country that simply don’t want Brexit delivered at all,” he will say, according to extracts released by his office.

In a strategy that will define the future of Brexit, the EU and his premiership, Johnson is betting he can get enough concessions from Brussels to persuade Brexit supporters in the British parliament to ratify any deal.

Johnson has been firm that the Oct. 31 deadline will be met, but parliament has put roadblocks in his way – passing a law that requires him to ask the EU for a delay if he fails to secure an acceptable deal at an EU summit on Oct. 17-18.

On Tuesday, sterling had dipped to a one-month low of $1.2205 as traders became increasingly nervous about the possibility of a deal. On Wednesday morning it was trading at $1.2228, weighed down by fears that Johnson’s proposal would not produce an agreement. [GBP/]

The EU has repeatedly asked Britain to come up with “legal and operational” proposals for the changes Johnson wants to a deal that his predecessor Theresa May negotiated with the bloc last year.

“This is the moment of truth,” Conservative Party Chairman James Cleverly said, adding that the EU must see the need to compromise if it wanted to avoid a ‘no-deal’ Brexit – which would mean no measures to soften the sudden rupture of trade and cooperation agreements that have been in force for decades.

Following its rejection three times by parliament, Johnson has demanded changes to the Withdrawal Agreement, especially over new arrangements with the bloc for the border between the British province of Northern Ireland and EU member Ireland.

But weeks of talks since Johnson took power have made little headway, and British officials described the proposal to be unveiled on Wednesday as a final offer.

The Telegraph newspaper cited a briefing to European capitals to report that Britain was proposing to leave Northern Ireland in a special trading relationship with the EU until 2025, after which Belfast would decide whether to remain aligned to the bloc or return to following British rules.

The newspaper said London was proposing that Northern Ireland leave the EU customs union at the end of the transition period in 2021 alongside Britain, which would move directly into a Free Trade Agreement with Europe.

Customs checks would take place at a distance from the Ireland-Northern Ireland border – which will have become the border of the EU’s tariff-free internal market.

“NOBODY WILL WORK ON DELAY”

The proposal would be aimed at replacing the so-called backstop — an insurance policy to prevent the return of a hard border on the island of Ireland — that has become the biggest hurdle to securing an agreement with Brussels.

A senior British government official said: “The government is either going to be negotiating a new deal or working on ‘no deal’ — nobody will work on delay.”

Johnson is gambling that, by taking a hard line on Brexit, he will steal votes from others such as the Brexit Party, led by veteran euroskeptic Nigel Farage, at an election widely expected to come before the end of the year.

He also has the main opposition Labour Party in his sights, and will use his speech to attack its leader, Jeremy Corbyn, who has led efforts to try to block a ‘no-deal’ Brexit. 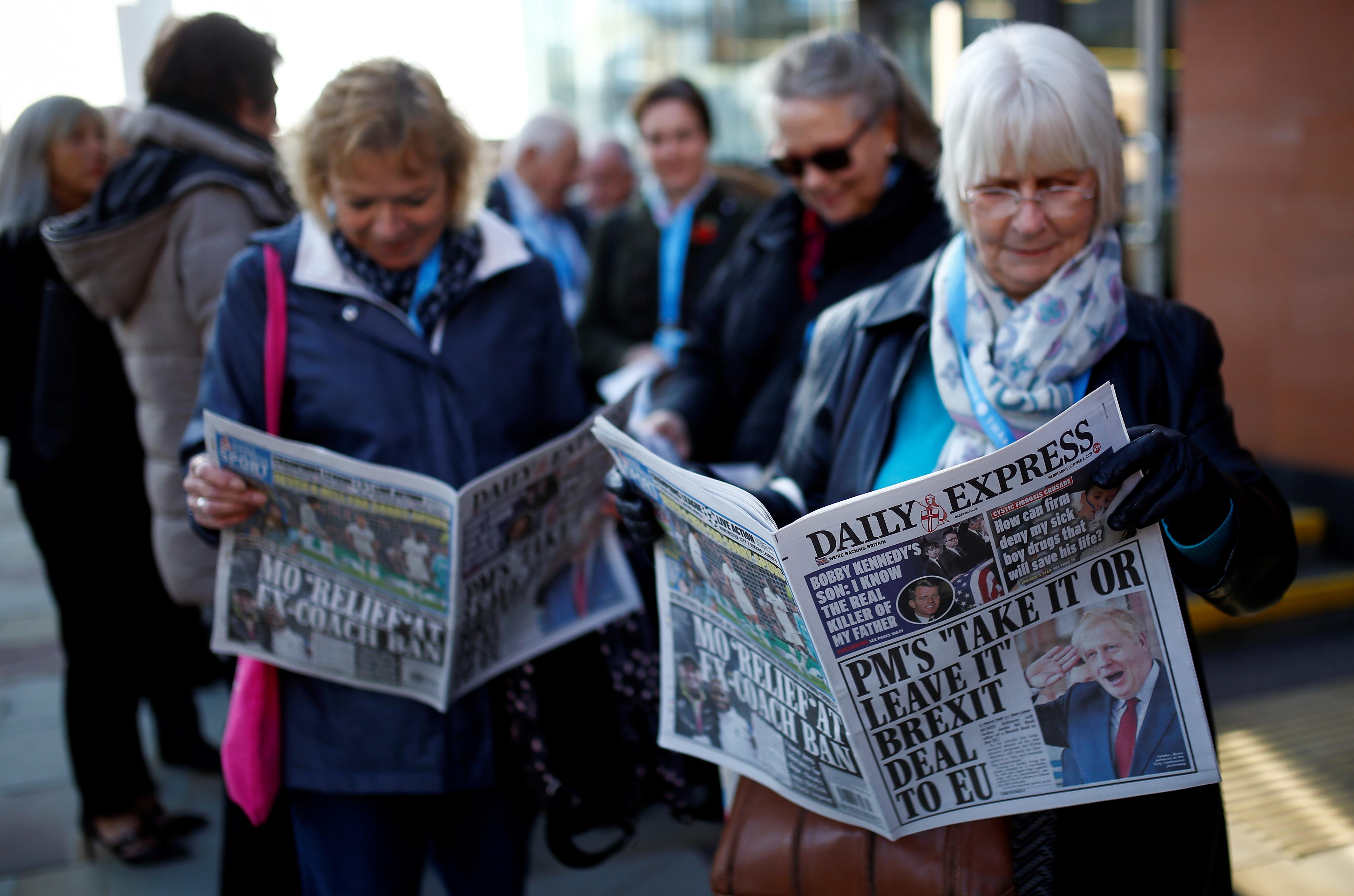 “Can you imagine another three years of this? That is the Corbyn agenda – stay in the EU beyond October 31, paying 1 billion pounds ($1.2 billion) a month for the privilege, followed by years of uncertainty for business and everyone else,” he will say.