People entering the UK can be stopped, searched and arrested on suspicion of involvement in ‘hostile state activity’. 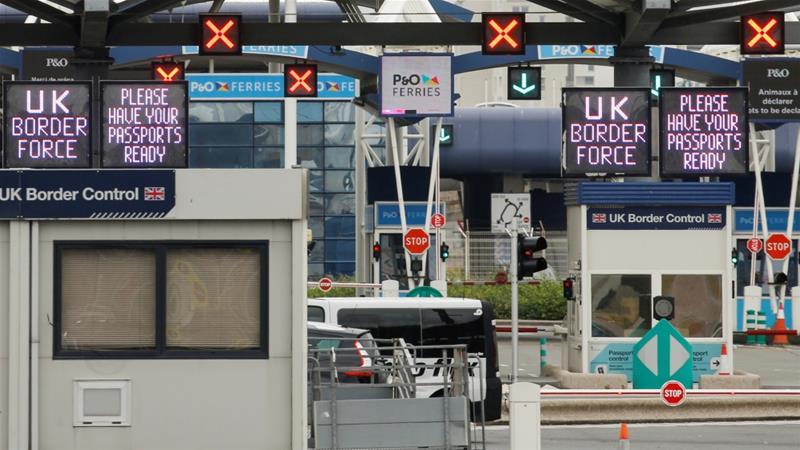 Police in the United Kingdom has received new powers to stop, search and arrest people at ports of entry on suspicion of involvement in “hostile state activity”.

The measures, targeting espionage and foreign interference, are part of the response to a 2018 chemical weapons attack on British soil that nearly killed a Russian-born double agent.

The UK blames the incident on two Russian security service officers who allegedly entered the country using false passports and poisoned Sergei Skripal and his daughter Yulia in the English city of Salisbury.

Moscow has denied any involvement.

“The threat posed to the UK from hostile state activity is growing and ever changing,” Interior Minister Priti Patel said on Thursday.

“These new powers send a very clear message to those involved in it that this government has zero tolerance for those acting against British interests.

“But I am clear more must be done and we are developing new legislation to bring our laws up to date and create new ones to stay ahead of the threat.”

They come as so-called hostile state activity and foreign interference in British politics are increasingly in the spotlight.

A long-awaited report into Russian meddling in the UK released last month criticised the government for failing to look adequately into possible interference.

Diplomatic ties between London and Moscow have been fraught since 2006 when President Vladimir Putin was blamed for the radiation poisoning of former KGB agent Alexander Litvinenko in the British capital.

The attempted murder of Skripal using a weapons-grade nerve agent sparked outrage in London and other Western capitals and led to a series of tit-for-tat diplomatic expulsions.