BRITAIN is on the brink of a national emergency in a blistering 37C heatwave.

The weather this weekend is set to be so scorching that the Met Office has issued an amber health alert for the south east and told people to look out for the vulnerable, elderly and babies. 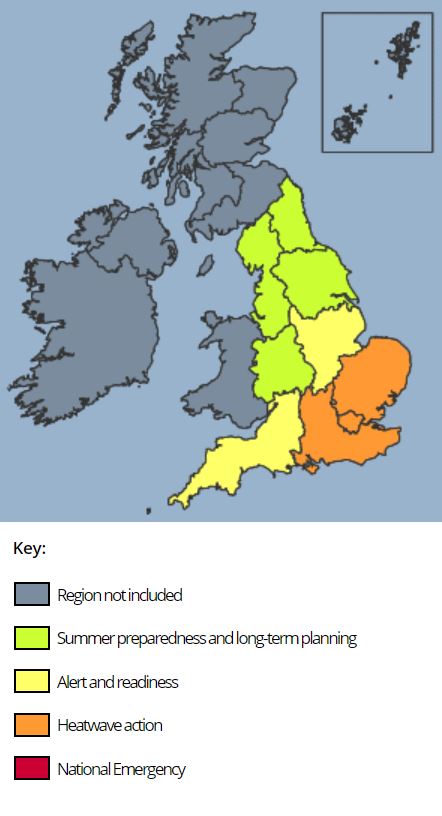 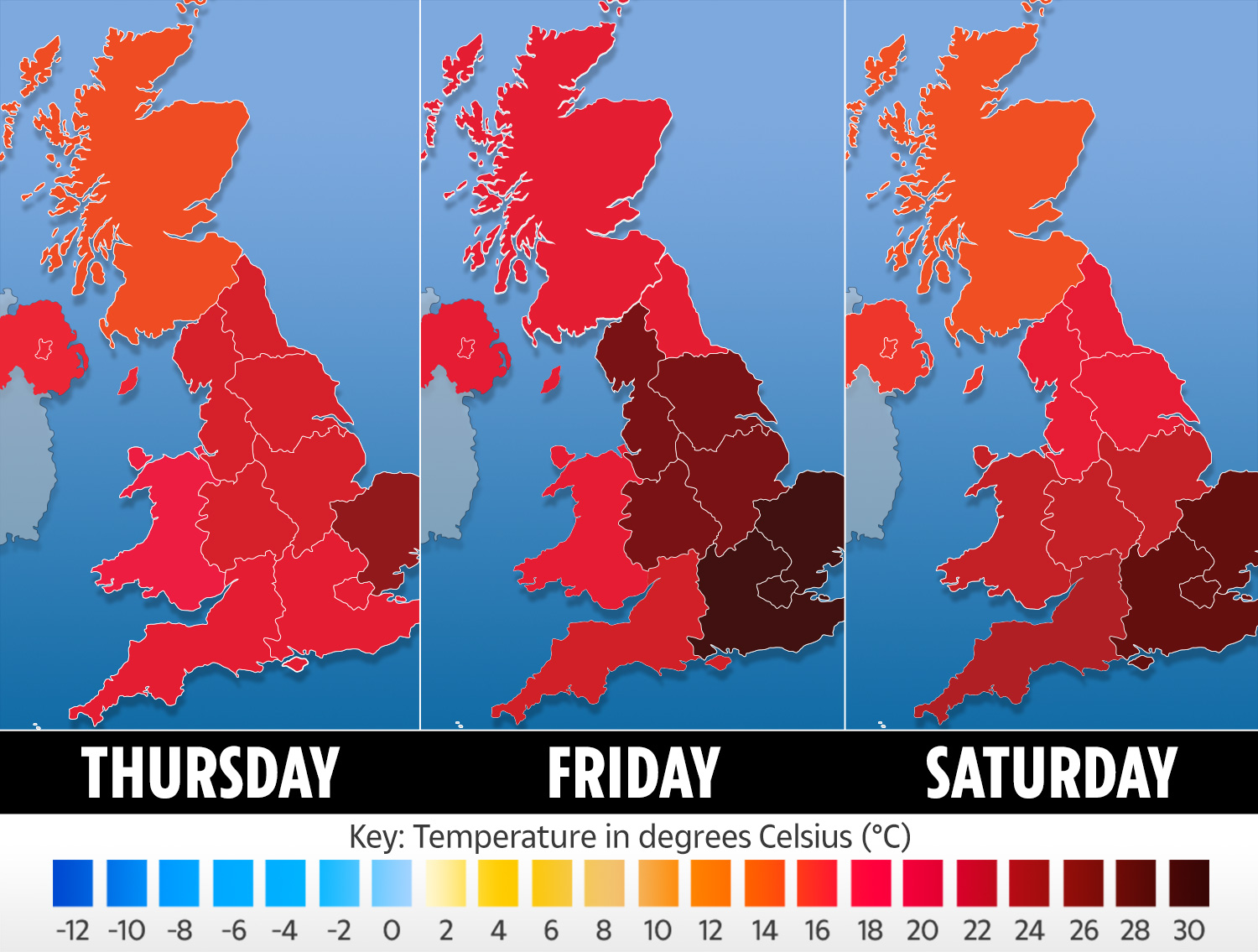 The level three warning is just one step below a national emergency red alert.

It is triggered when high temperatures could have a "significant effect on health" if reached for two consecutive days and the intervening night.

It means there is a strong chance of heatwave conditions between midday on Thursday and 9am on Sunday.

The Met Office warns that "increasingly hot conditions are likely across southeastern parts of England from Friday as warm air spreads north from France".

Brits are advised to stay cool, drink plenty of water and keep an eye on high-risk groups.

The "extreme heat" warning was issued as today is set to be another sizzler with temperatures reaching 31C in the south east.

It will still be hot elsewhere, in the mid to high twenties in most areas. 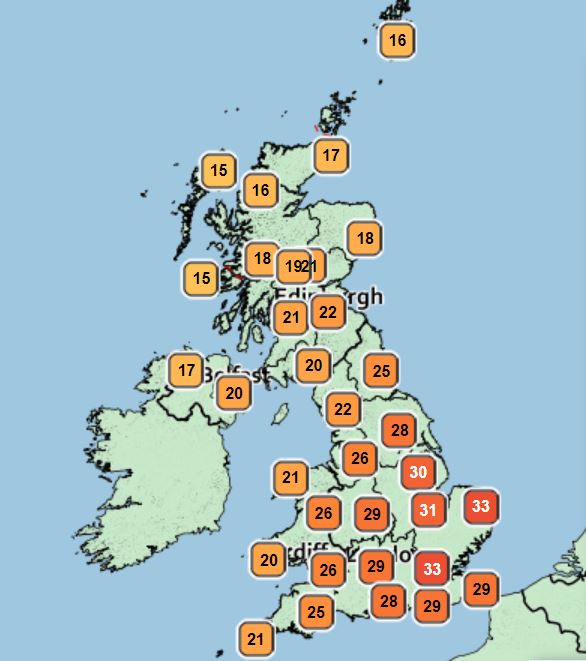 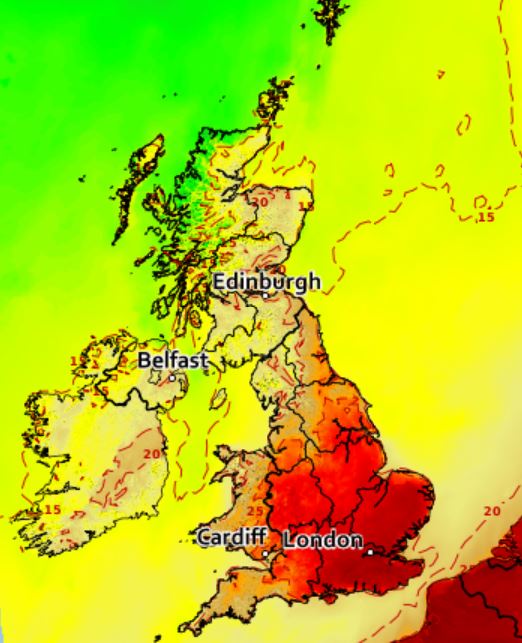 The mercury is set to climb even higher on Friday with temperatures hitting 37C and many areas seeing thermometers break the 30C mark.

Parts of the country will be hotter than top holiday destinations in the Caribbean, including The Bahamas, Jamaica and Barbados.

Temperatures in London and the south east on Friday could even surpass the 37.8C recorded in Heathrow on July 31 – the hottest day of the year so far, and the UK's third warmest ever.

The highest temperatures will be across East Anglia and the south east where it could reach 37C.

The Midlands and parts of Yorkshire will also see temperatures above 30C.

Met Office meteorologist Alex Deakin said: "There is plenty of summer sunshine on offer over the next several days.

"It is going to warm up and for some, the extreme heat will return." 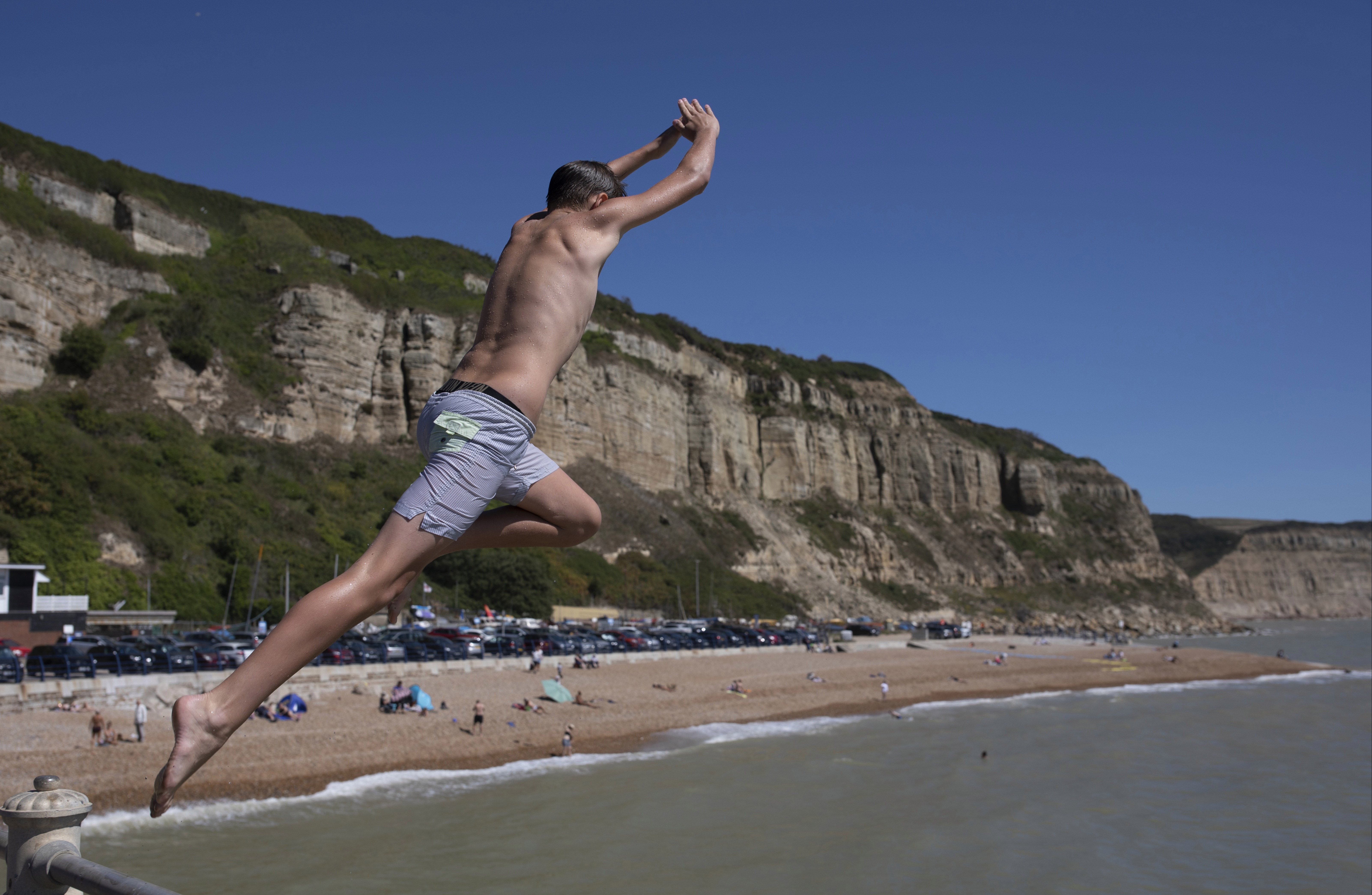 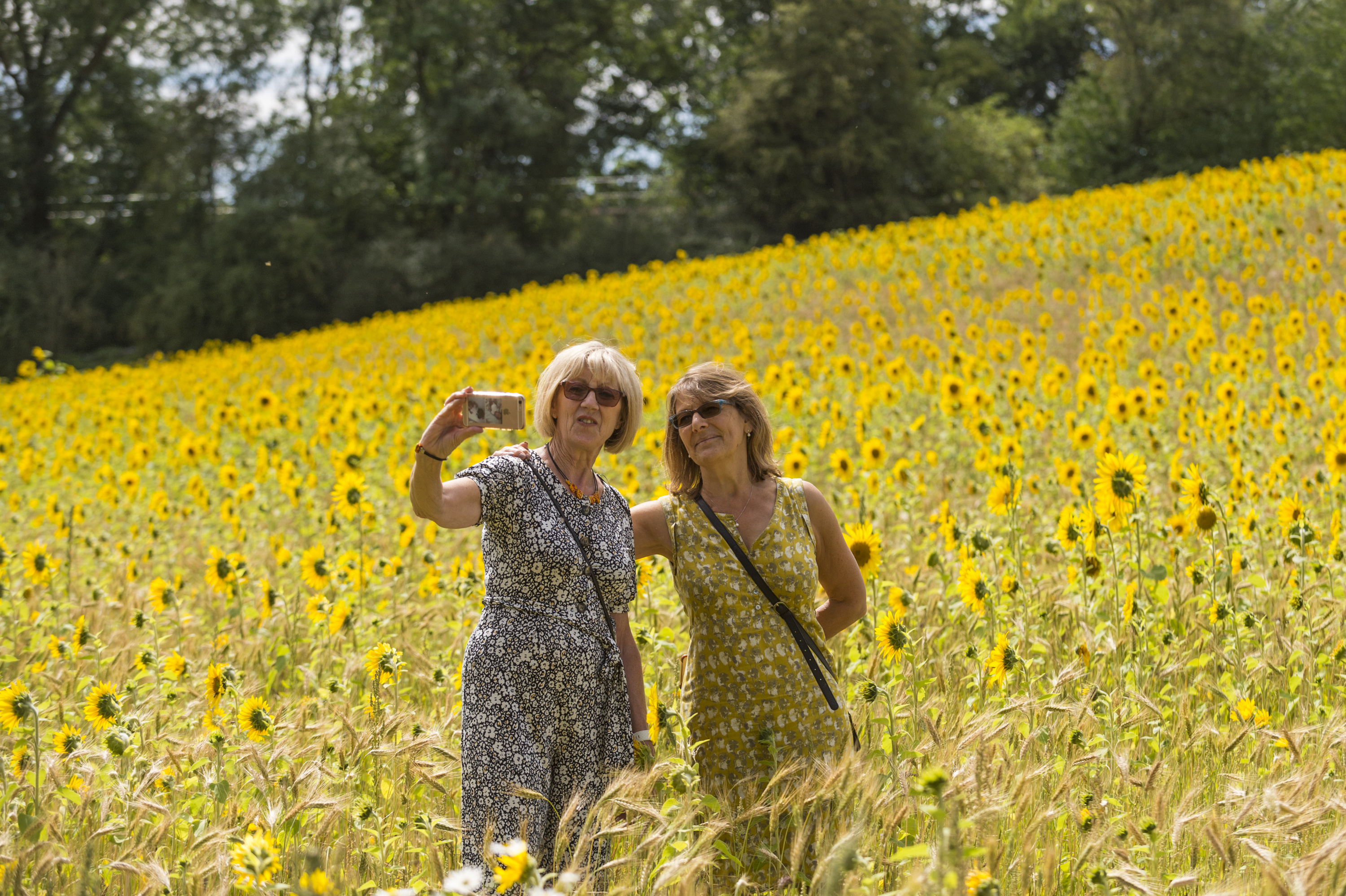 Saturday is set to be mostly a fine, sunny day with more warm weather.

And the sweltering temperatures are expected to continue into Sunday as a result of hot air moving in from southern Europe.

The end of the weekend will be dry and hot, with temperatures in the southeastern corner of England remaining in the low thirties.

But there is a risk of thunderstorms by Monday, with the weather staying warm. 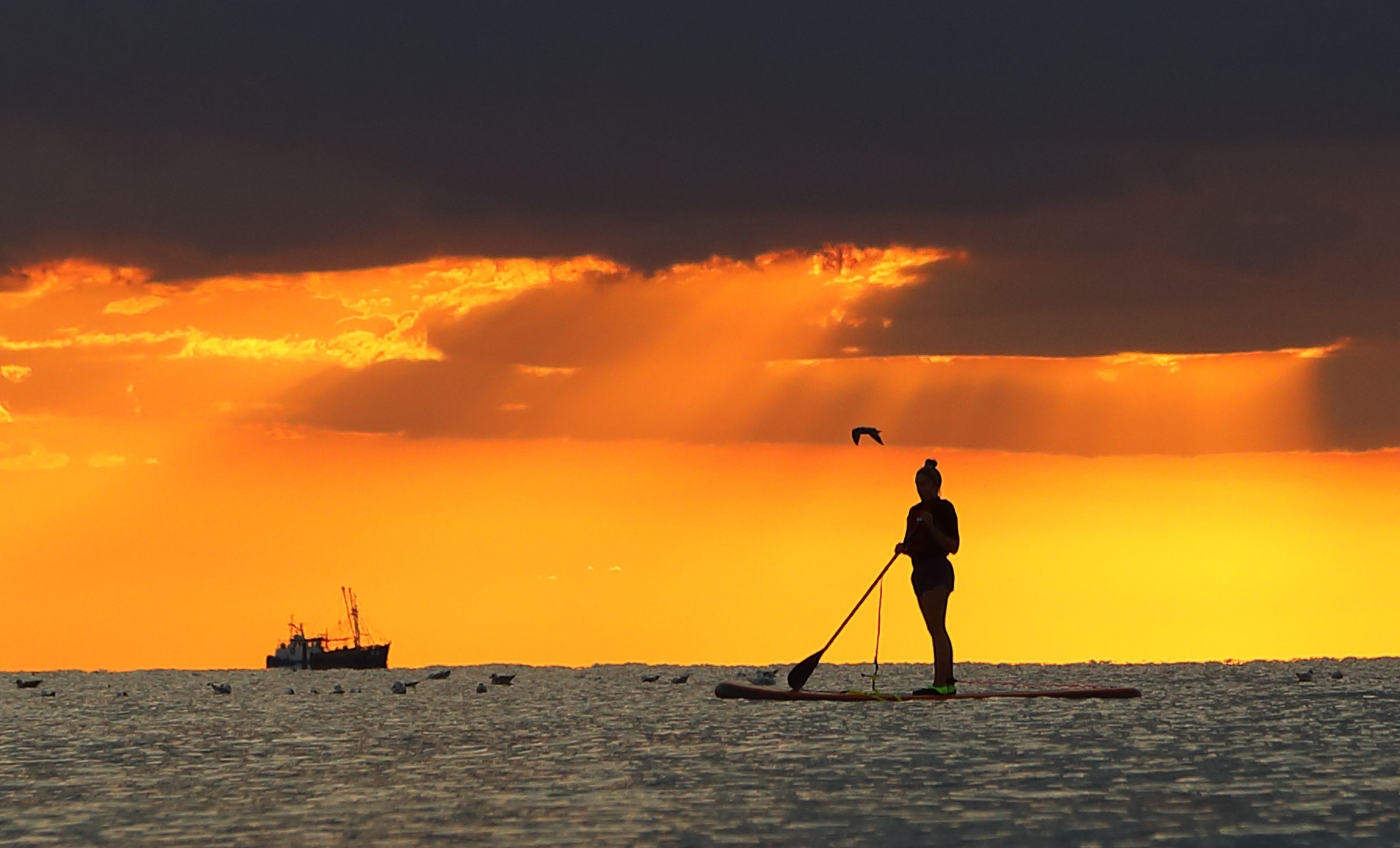 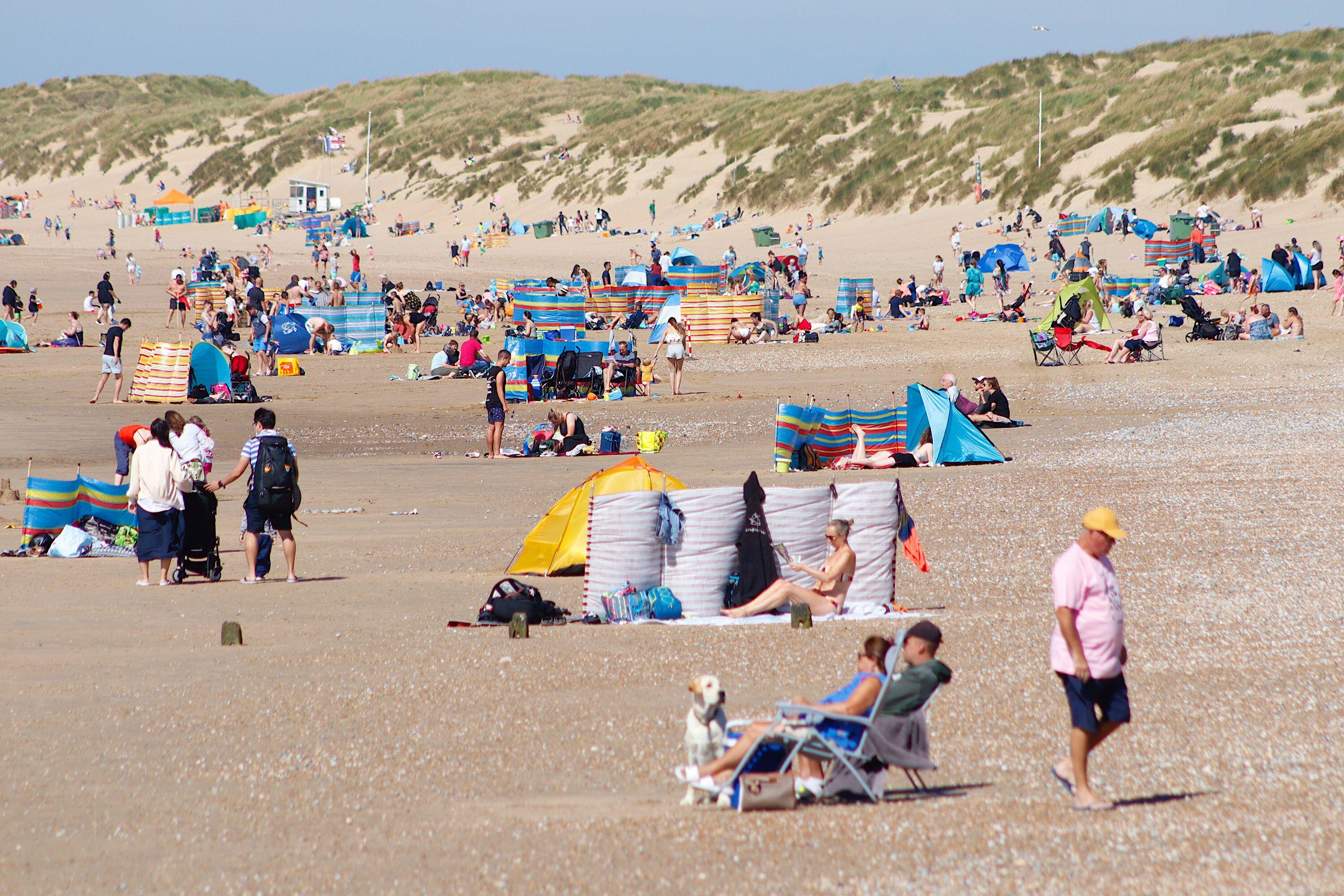 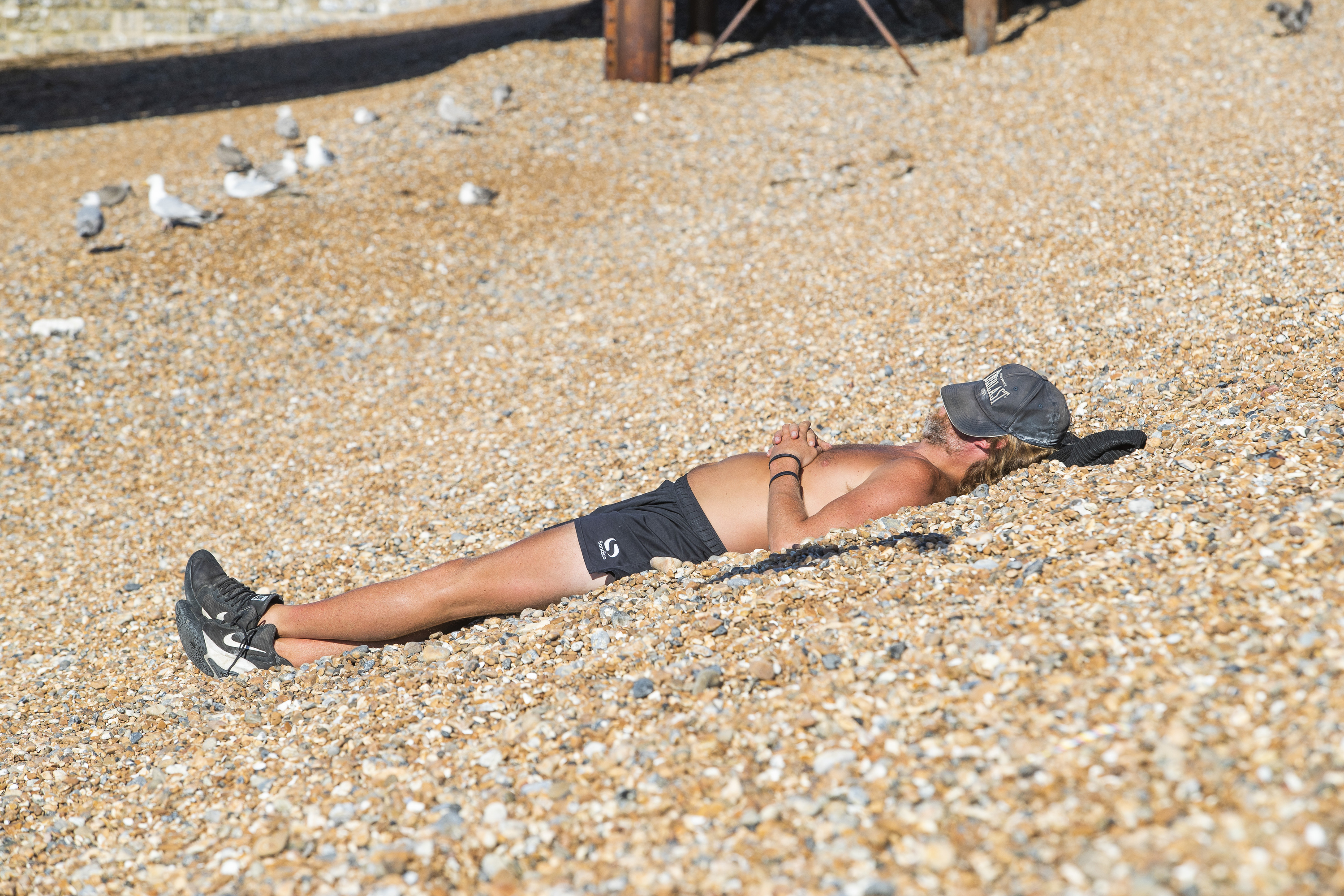