Yellow weather warnings for snow and ice have been issued for Scotland and Northern Ireland and the mercury is set plummet as low as -5C in England as Arctic winds chill Britain. 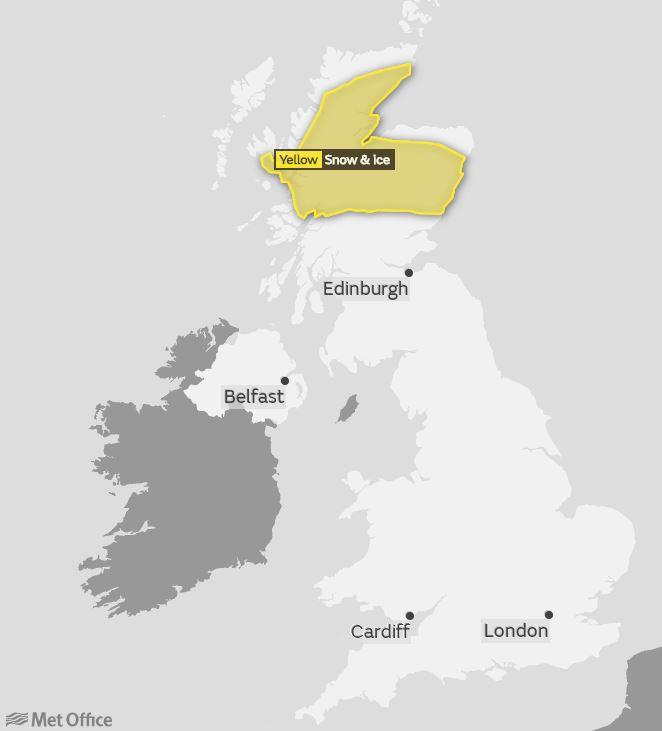 The Met Office has forecast snow will fall in the hills of Northern Ireland, the Highlands and Grampians in Scotland, Snowdonia in Wales and the Penines in northern England beginning at 9pm tonight, continuing through until 3pm on Saturday.

While other weather forecasters show light snowfall for southern England too, in Hampshire, Berkshire and Wiltshire tomorrow beginning at 6pm.

Heavier snow that is likely to settle will fall on high ground around the Higlands and Grampians and Northern Irish hills, while lighter snow will fall in Snowdonia and the Penines and could fall as hail or sleet.

A yellow snow and ice warning for northern Scotland and Northern Ireland has been issued by the Met Office for between 8pm today and 11am tomorrow as temperatures are set to hit lows of -5C.

A second ice warning has been issued for Northern Ireland between 8pm today and 11am tomorrow. 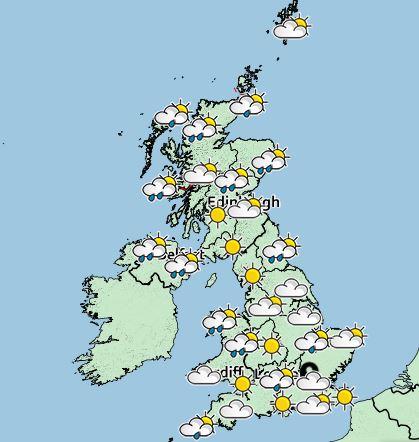 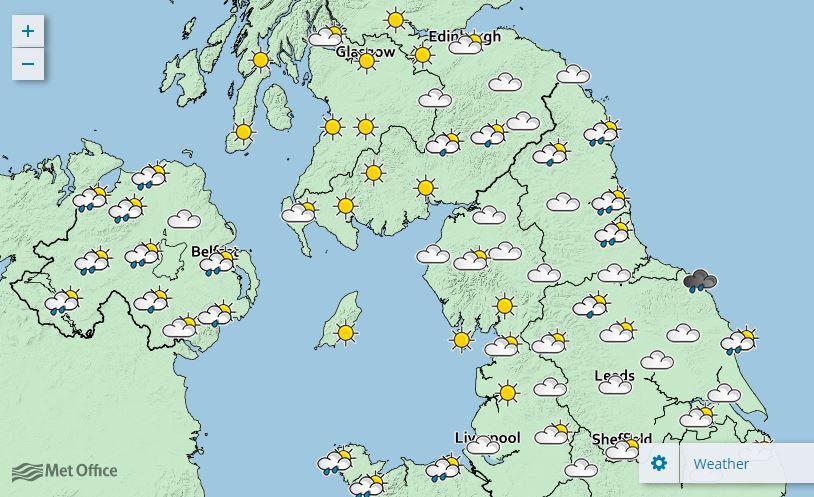 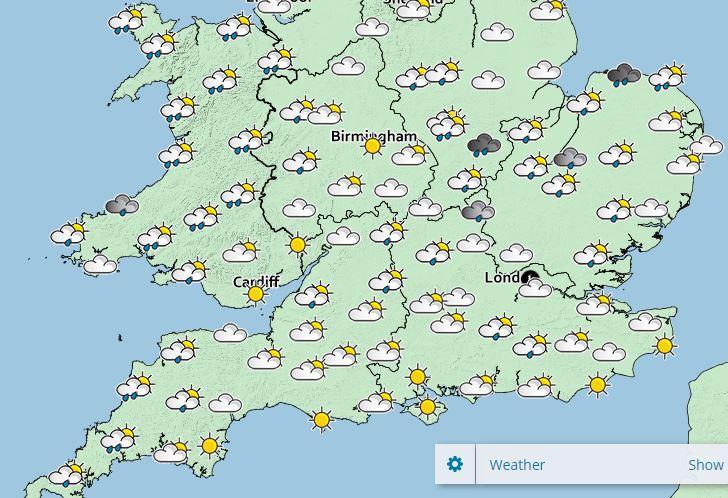 Hail, sleet and snow showers will leave surfaces icy, and slushy snow will lie on upland routes above 200-300 metres.

Hills are expected to show a light covering of snow.

Accidents and injuries are likely on untreated roads, pavements and cycle paths and heavy showers may even wash away grit or salt treatments.

Railways will also be affected meaning longer journey times are to be expected. 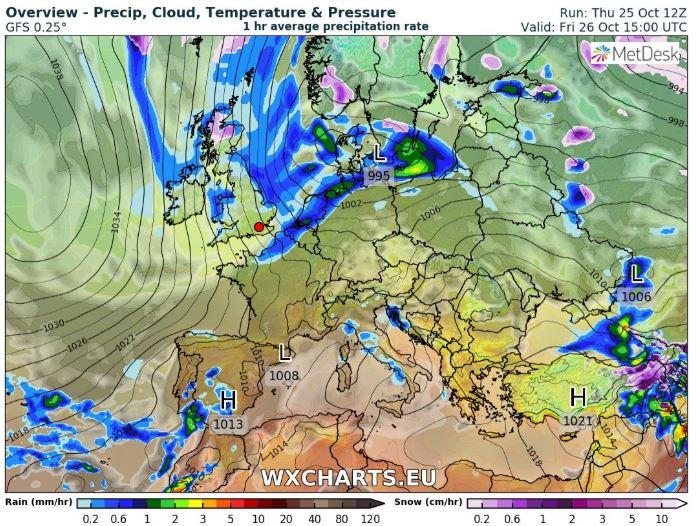 Cold northerly winds will persist throughout the day making the temperature feel as low as 0-2C in northern Scotland and 5-8C in the south.

On Saturday morning, hail will begin to fall in West Wales and Northern Ireland followed by snowfall in the afternoon as well as in the Highlands, Grampians, Penines and southern counties of England.

Met Office meteorologist Aidan McGivern said: "Snow building up over the higher routes, some icy patches for the north of Scotland as well as Northern Ireland to watch out for first thing Saturday.

"It will be a fairly chilly start, with temperatures widely close to freezing and that means you'll perhaps have to scrape your car windscreen and you'll see a frost in place first thing." 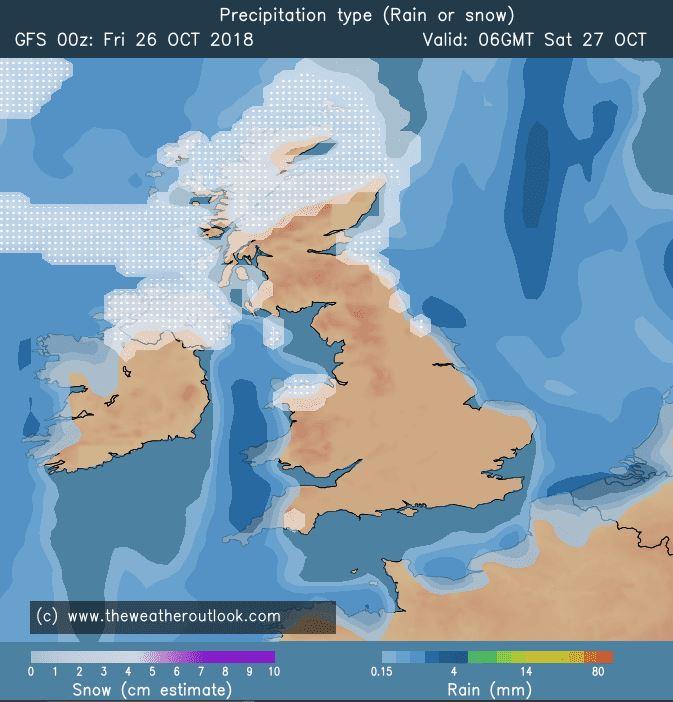 The Scottish Highlands and the Grampians will see the heaviest snowfall, while Snowdonia, the Penines and southern England could see a light dusting of snow, possibly some hail and sleet.

Prolonged rain will fall in the east of England on Saturday as temperatures stay well below 10C.

The temperature will feel colder by about 2C as a cold northerly wind sweeps across the country.

Waking up to a frosty morning tomorrow, there will be lows of -5C in rural areas such a Gloucestershire, compared to -4C in northern England and -3C in Scotland.

Met Office forecaster Bonnie Diamond added: "We have had a pretty mild October so far and a warm start to autumn in places so it will be a big change for everybody as we go through the weekend.

"Certainly it's time to get the warm winter clothes out." 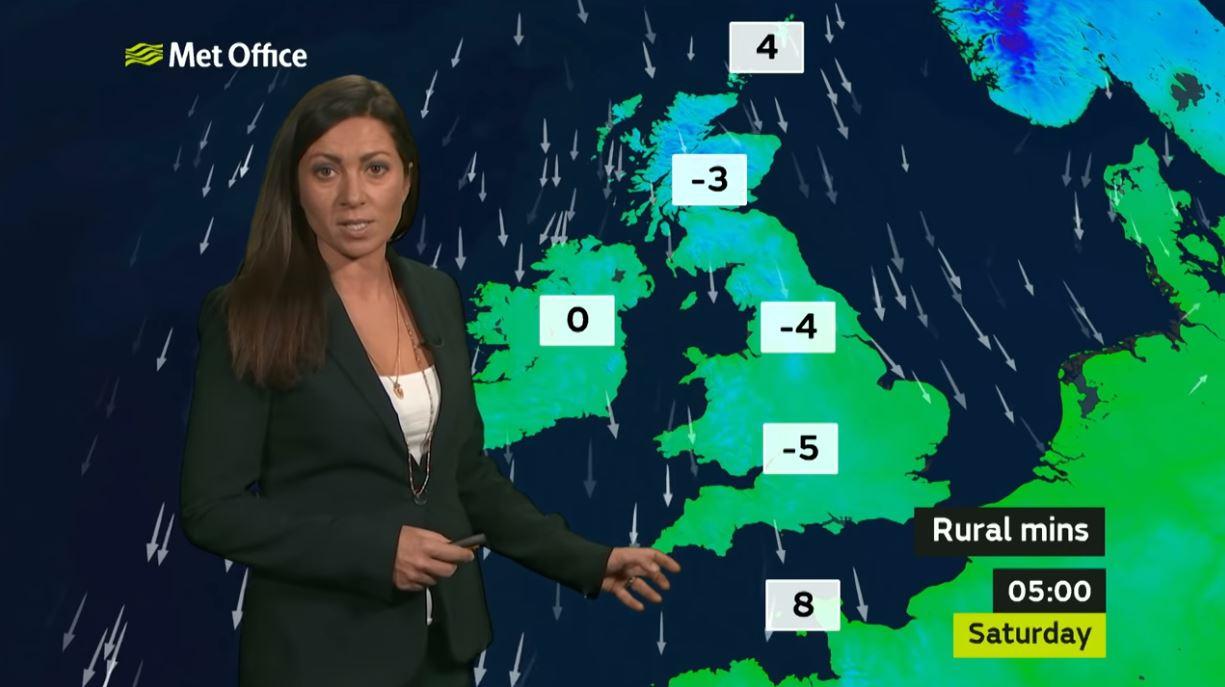 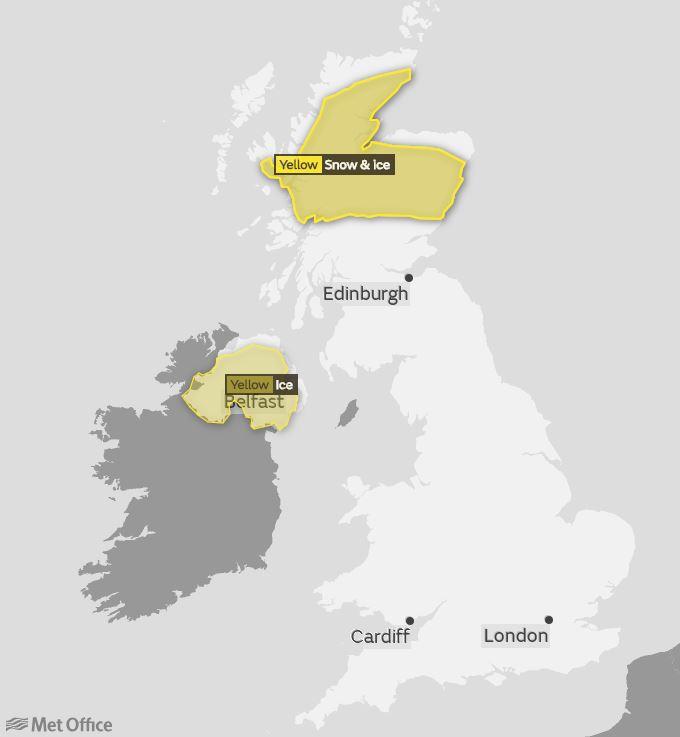 Northern Ireland has also been issued a yellow warning of ice from 8pm today to 11am tomorrow, as well as northern Scotland.

Untreated roads should be used with caution as there will be patchy ice after heavy showers freeze overnight in the freezing temperatures.

The snow is due to clear on Sunday making way for bright, crisp weather with strong, cold winds.

Nicola Maxey, a spokesperson for the Met Office, told The Sun Online: "There will be cold weather across the weekend, with temperatures dropping below freezing overnight. We're expecting particularly cold night followed by pretty cold days.

"There's a risk of snow and ice in the north but away from those areas we're expecting it to be bright. The weekend should bring cold, bright, autumnal weather."

forecast, maps, show, UK, Weather
You may also like: