BRITS are set to shiver tonight as temperatures plummet to -8C, bringing freezing fog and more snow showers to some regions.

The Met Office has issued severe ice warnings across Scotland, the north of England and Wales until Monday morning, when more wind and rain showers are expected. 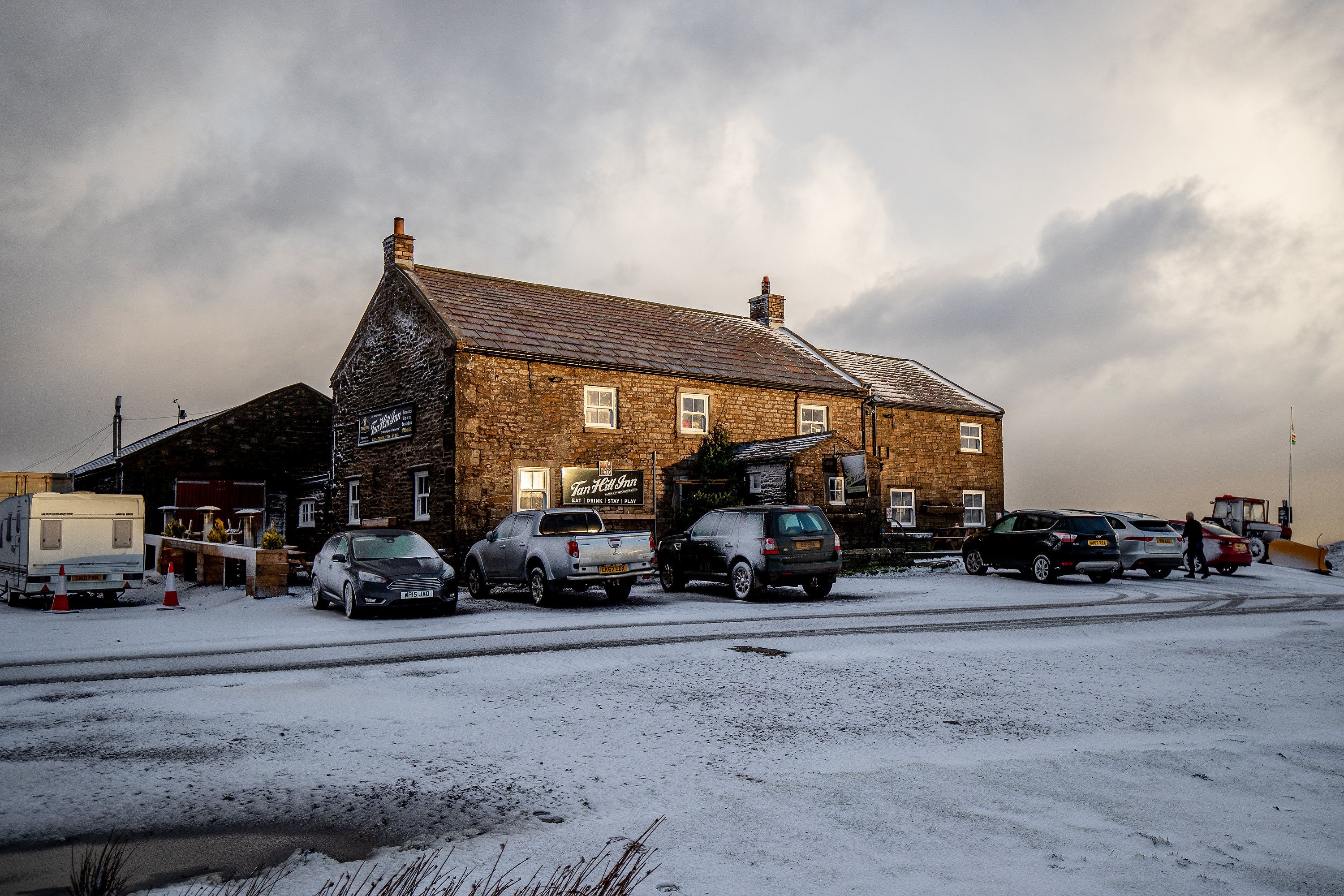 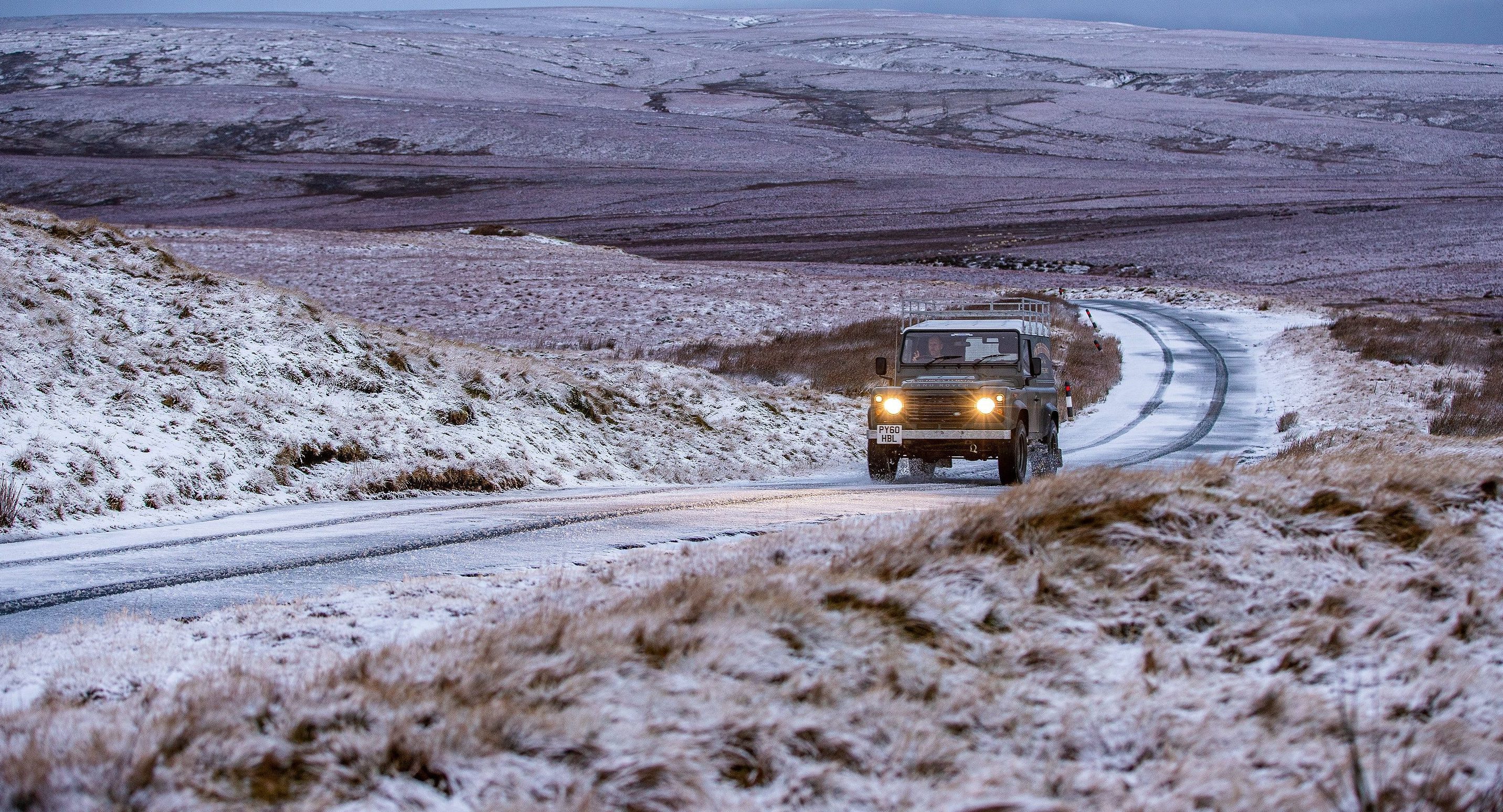 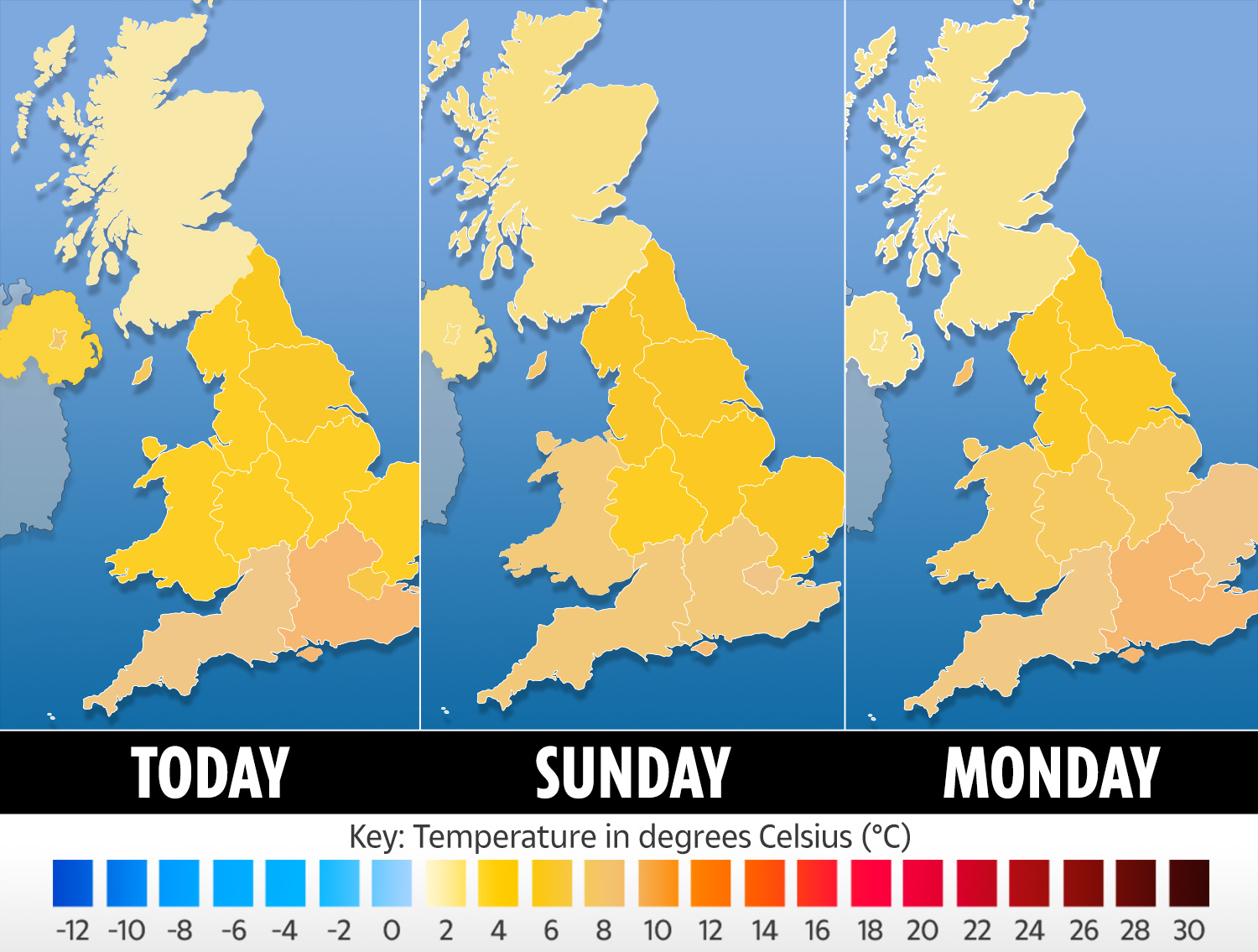 Forecasters say temperatures could plunge as low as -8C in the Highlands of Scotland overnight, with thermometers struggling to reach above 2-4C in the south.

He added: "There are warnings in place for ice and hill snow for north Wales, north England and Scotland throughout the weekend, so roads could be extremely slippery.

"There could be up to three centimetres of snow falling, particularly on hills above 300 metres in Scotland and The Pennines. 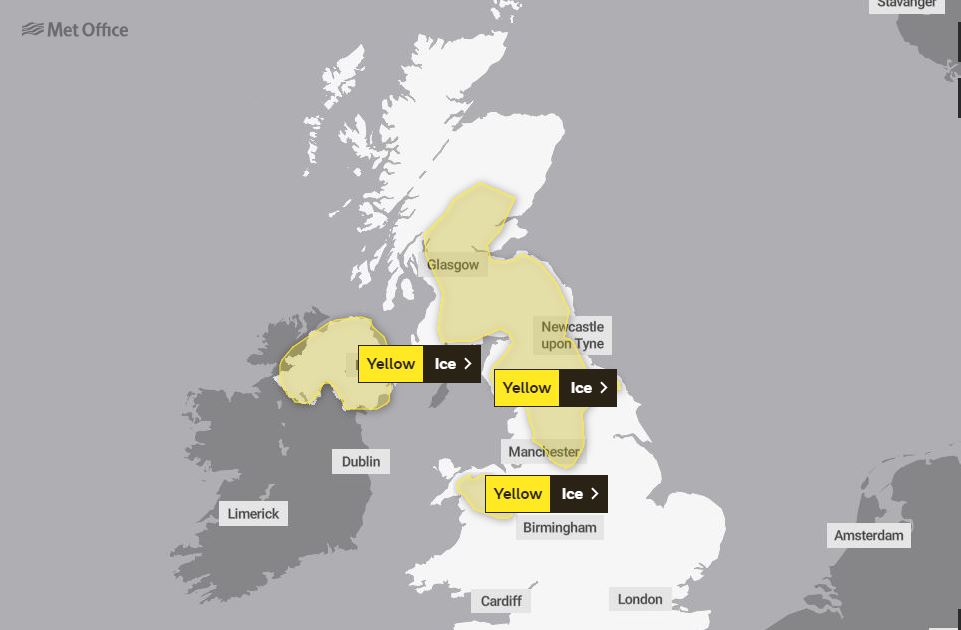 SPONSORED CONTENT: How to save £268 a year off your energy bills

BEAT energy price rises year after year with Switchcraft. It's free and it could save you an average of £268 a year.

News UK has a brand partnership with Switchcraft.

"The rest of the country will also feel cold as bitter winds and rain showers continue. Temperatures could dip to around 2-4C in the south this evening."

The cold snap began on Friday night when temperatures of just 8-9C were cancelled out by fierce gales of between 40 and 50 mph – meaning it will felt as low as 0C with the wind chill factor.

Icy rain battered Devon and Cornwall, while Scotland, Cumbria and parts of Yorkshire woke up to snow this morning.

But the big freeze is set to thaw by the end of this week, with temperatures back into double figures in the south.

Mr Snell explained: "It will remain cold, windy and rainy until about Thursday when it will begin to feel a lot milder as temperatures begin to climb. In London, temperatures could even reach the early teens – and it will be a lot drier, too."

–, forecast, met, offi, UK, Weather
You may also like: