TEMPERATURES are set to plummet to -10C today as Britain braces itself for more ice and snow over the next 24 hours.

The Met Office said up to 6cm of snow is expected to fall over Scotland and 3cm across northern England today. 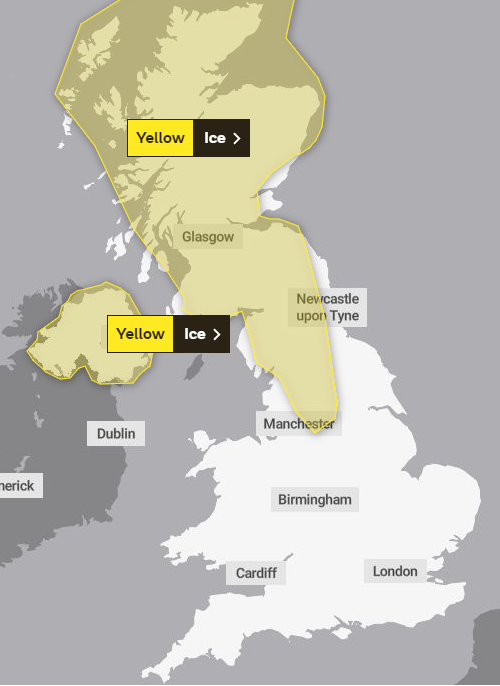 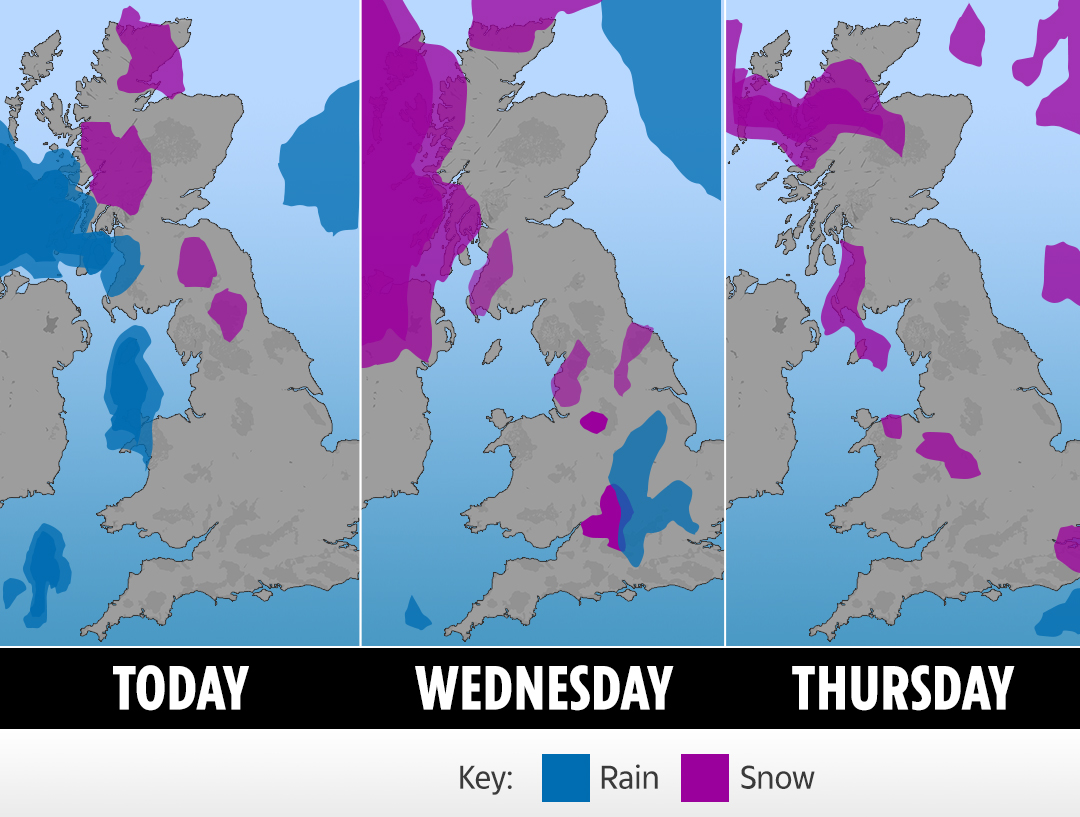 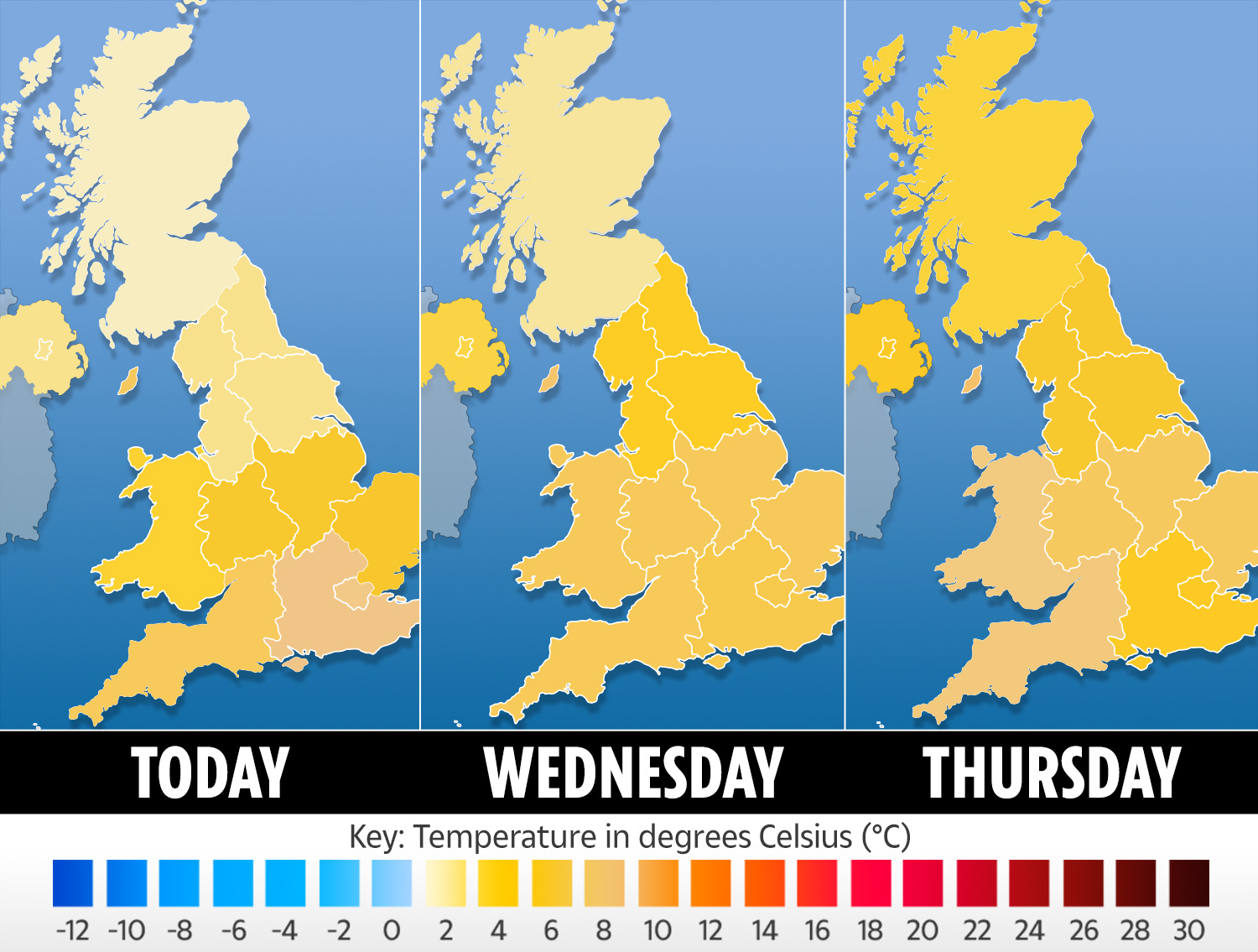 A yellow weather alert remains in place for those areas until 10am, warning of ice and potentially hazardous travel.

Two severe "danger to life" flood warnings have been issued by the Environment Agency for the Shropshire towns of Shrewsbury and Ironbridge, along the River Severn.

Met Office forecaster Simon Partridge said temperatures are expected to drop down to -8C across central and eastern Scotland overnight.

The west of the country – mainly in areas above 200 metres – is expected to see the worst of the snow.

Parts of northern England, including Newcastle, Cumbria, Greater Manchester and Yorkshire, will see temperatures of just above freezing on Tuesday morning. 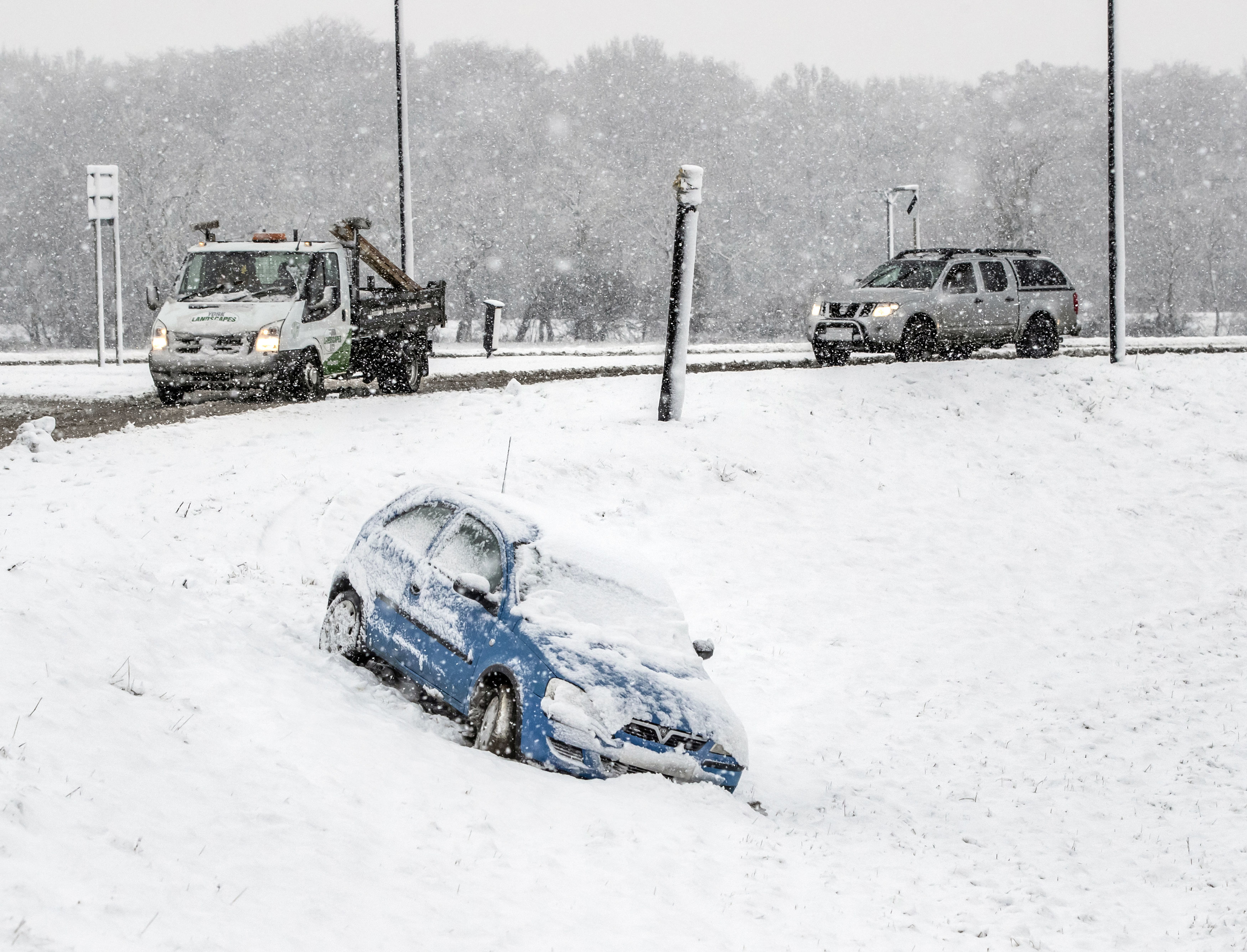 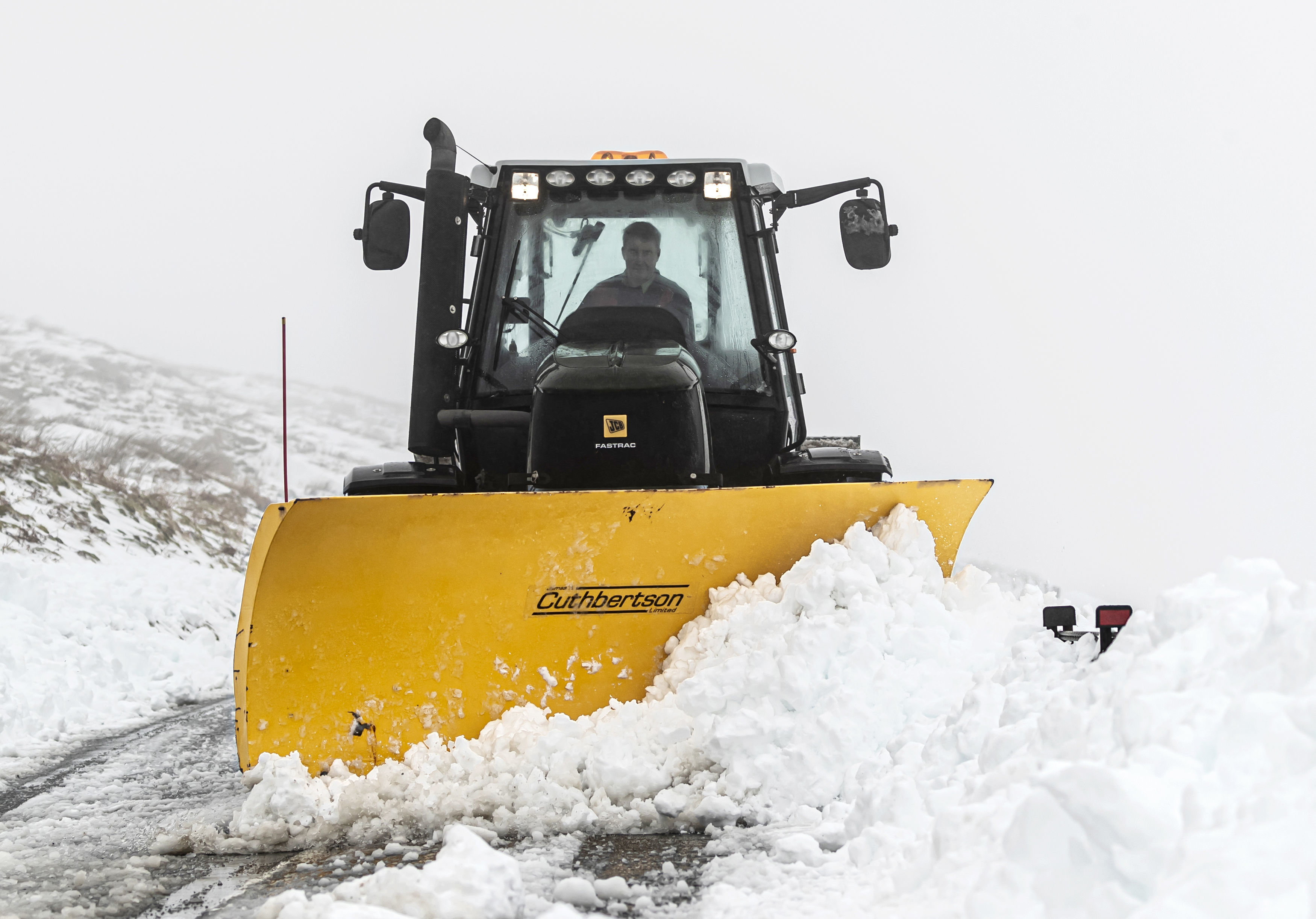 The Met Office has warned drivers of blustery showers, with the possibility of ice, sleet and snow during rush hour.

Later in the day, the mercury is forecast to rise to 8C, with the South East experiencing the warmest temperatures.

Showers are expected for much of the UK throughout Tuesday, along with gusts of 40mph to 50mph on the South West coast.

Further inland, wind speeds are forecast to drop to 30mph to 40mph.

Mr Partridge said Tuesday night will be even colder throughout the UK, with most areas – including London – "struggling to stay above freezing".

In Scotland, temperatures are forecast to drop to lows of minus 10C during the night.

"Any showers that fall could be a mix of rain, sleet and snow," Mr Partridge said.

"We are quite likely to see another ice warning on Tuesday night."

He said Wednesday is forecast to be another mix of scattered showers and sunshine.

He added: "As low pressure moves away, we have high pressure in the South West of the UK, and the combination of the two is bringing in more northwesterly (cold) air from Greenland." 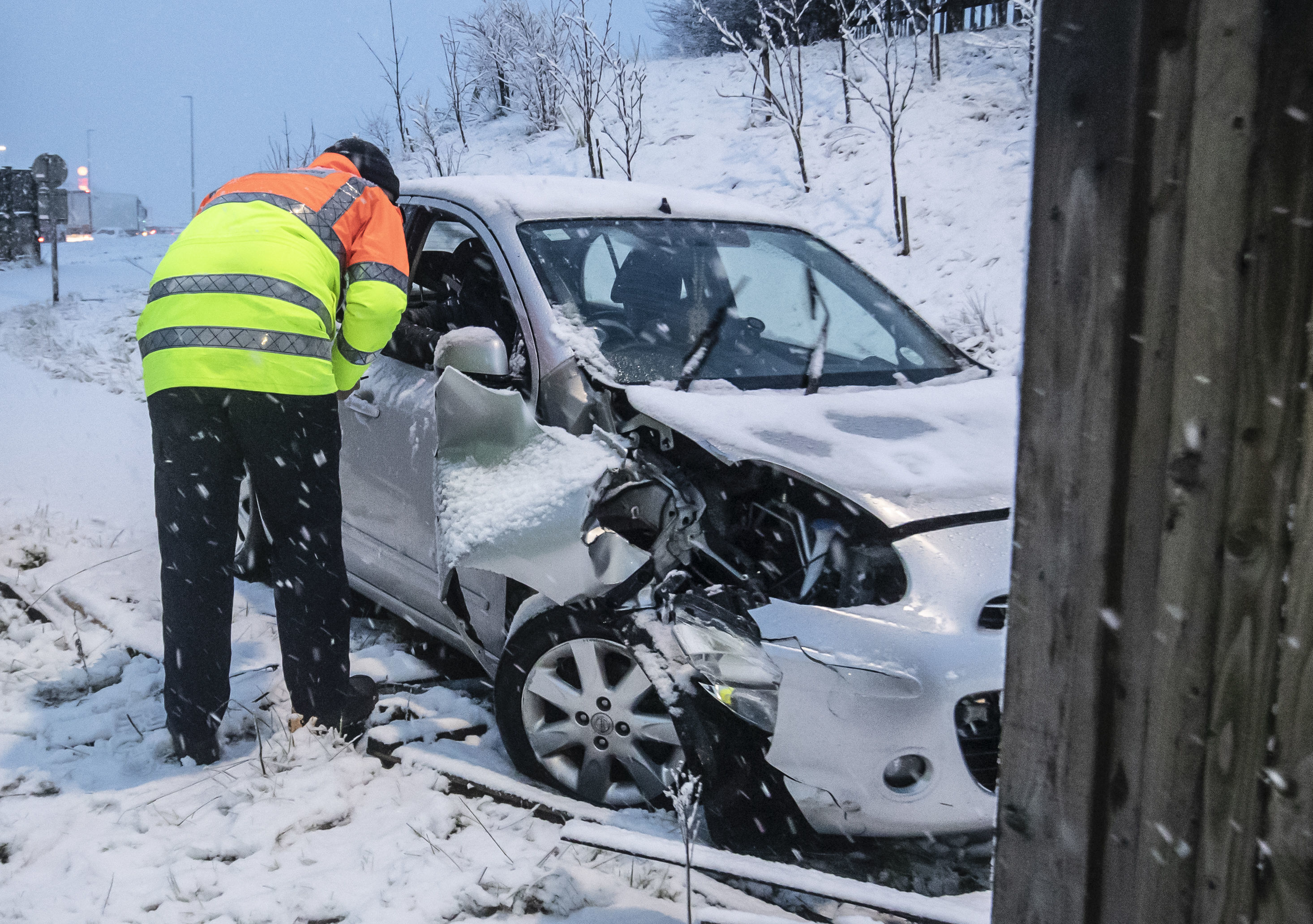 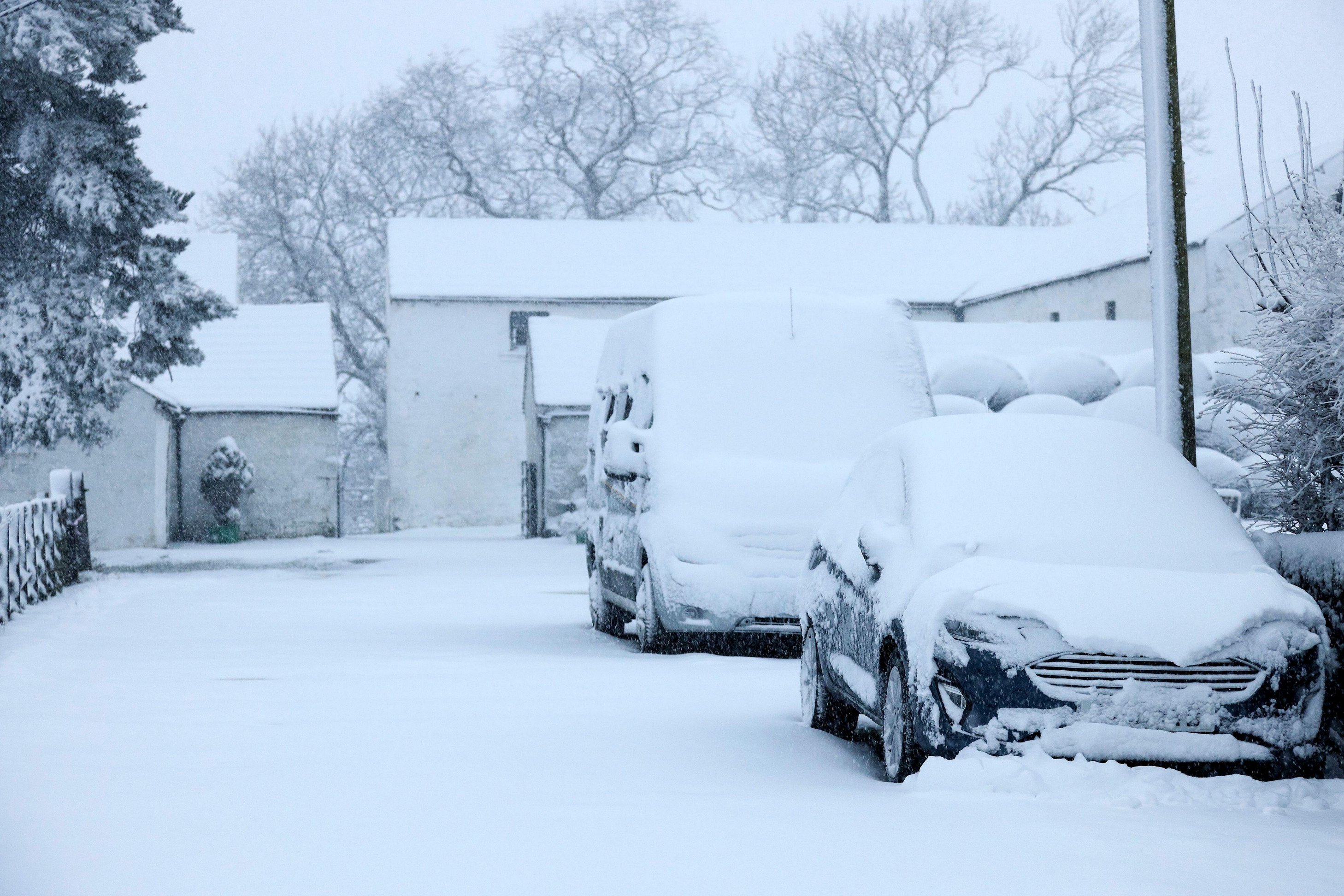 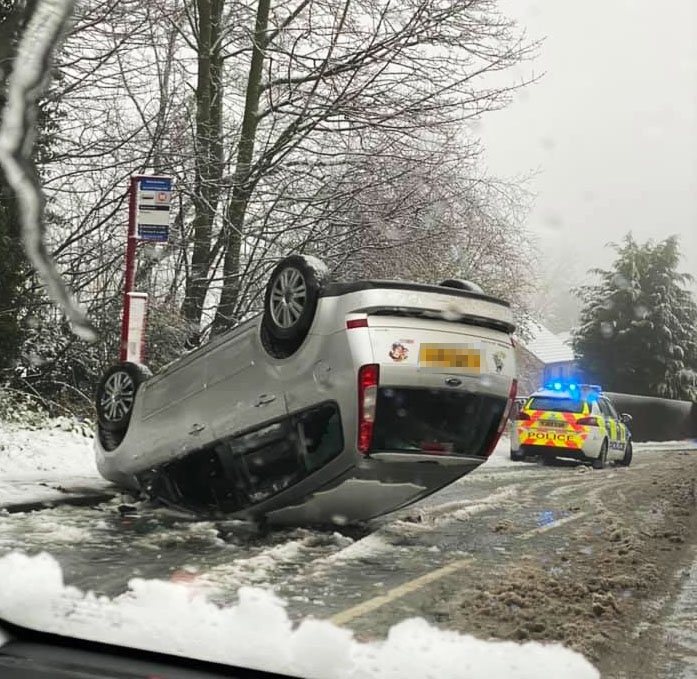