BRITAIN’S heatwave is set to vanish just as barbecues break out across the land as an arctic blast blights northern Europe.

Throughout the coronavirus lockdown Brits have been bathing in glorious weather, but in a blow to those wanting to get out and about conditions are set to send millions indoors. 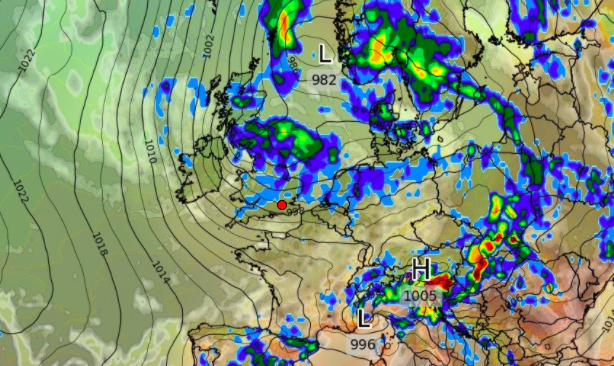 Thunderstorms could hit Scotland and Scandinavia later in the week as Arctic winds will sweep in, bringing a huge drop in temperatures.

Marco Petagna, a meteorologist with the Met Office, said: "The sunny weather will certainly continue for a couple more days but from Tuesday we are starting to see some more unsettled weather across Scotland and the gradual trend will be turning cooler across the UK from Wednesday onwards."

The forecaster said chilly northerly winds will bring cooler air and some areas in the south of England could experience thundery showers.

But Mr Petagna said until the weather breaks down, the country will enjoy a few more scorchers.

West of England could enjoy highs of around 27C today, while the south could see the hottest temperatures of the year so far tomorrow at up to 29C. 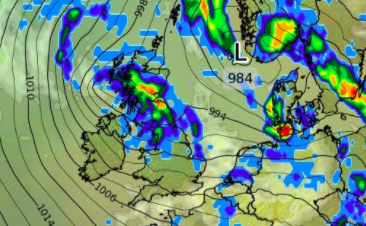 People across England took advantage of the hot weather over the weekend to visit beaches and beauty spots, despite some authorities urging the public to stay away.

Nancy Platts, leader of Brighton and Hove City Council, asked people not to visit the area on Sunday and called on the Government for more powers to implement a local lockdown.

On Saturday, crowds of people had to be evacuated from the beach and surrounding cliffs at Durdle Door, in Dorset, when three tombstoners were injured after jumping from a 200ft sea arch.

And scores of people defied attempts to close the beach on Sunday, with people being encouraged by crowds to jump from the same arch. 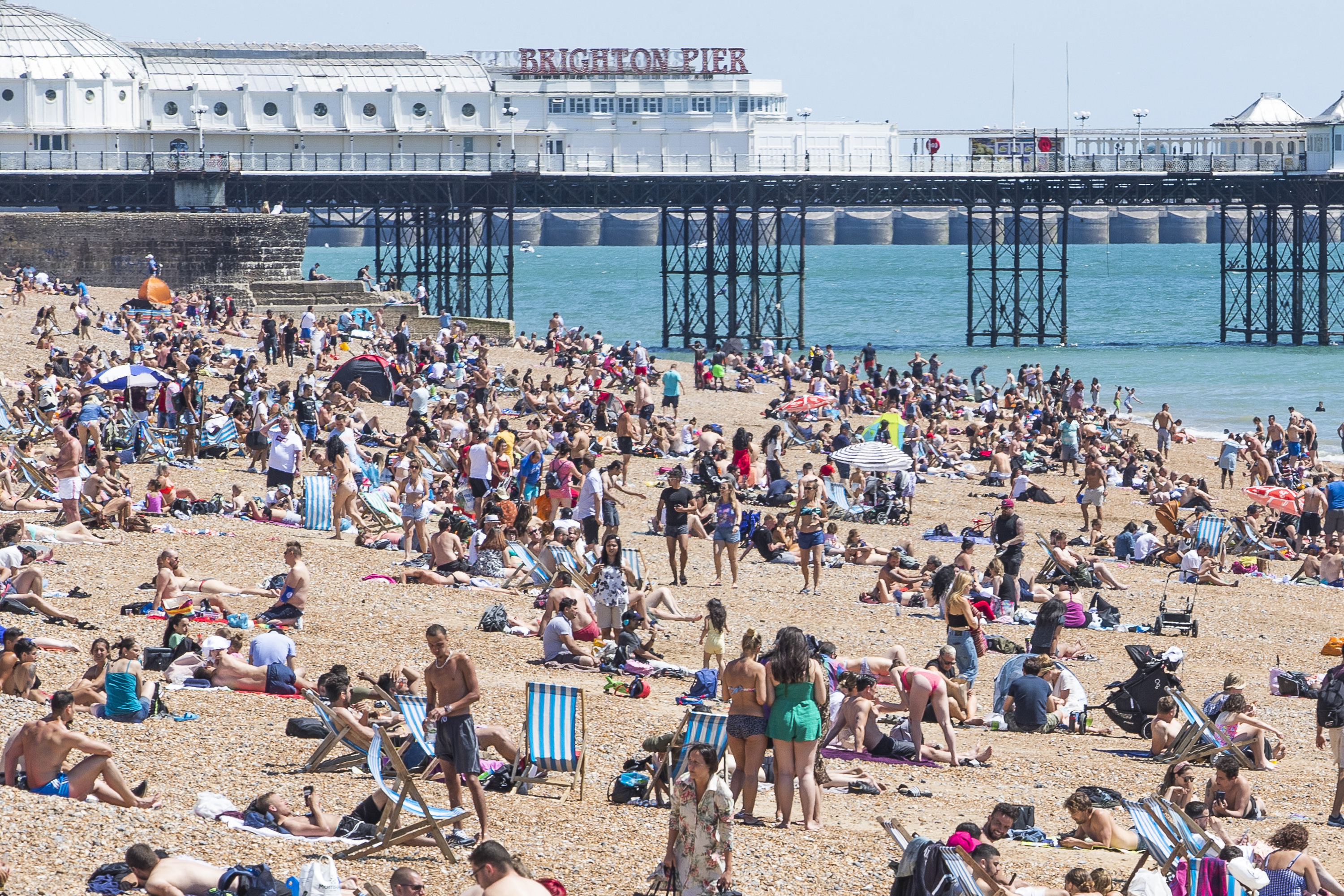 In Lancashire, one man died and two others were rescued and taken to hospital for treatment after a boat sank about a mile off the coast at Fleetwood on Sunday morning.

Authorities across the country urged people to stay away from open water, avoid lighting barbecues or fires and take litter home, as they reported having to fight fires and clear up rubbish left behind by visitors. 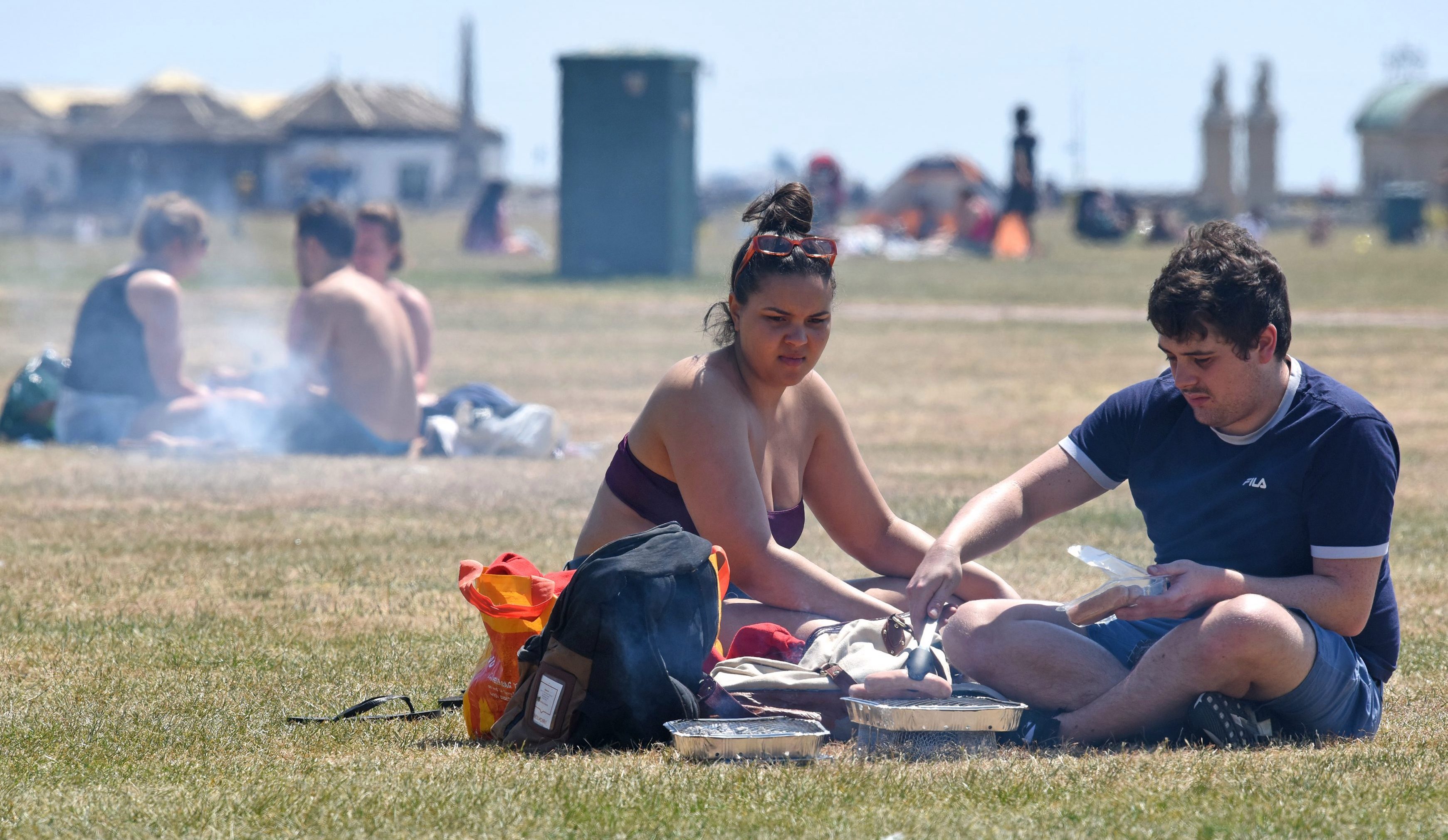