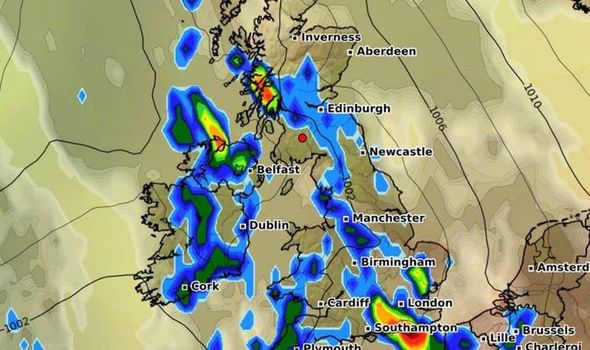 All over the country there will be heavy downpours throughout Sunday with much lower temperatures compared to earlier on in the week. The southwest of England and northern Wales will start their Sunday with a yellow weather warning in place. Met Office’s Becky Mitchell said: “A risk of some localised flooding where we do see some heavy downpours.

The heavy rain will work its way eastwards throughout the rest of Sunday.

Ms Mitchell gave some hope as she claimed there would be some sunnier spells particularly in the north and the east.

She added: “Temperatures could even get into the low to mid twenties.

“Possibly some sunnier skies coming through across parts of southwest England.” 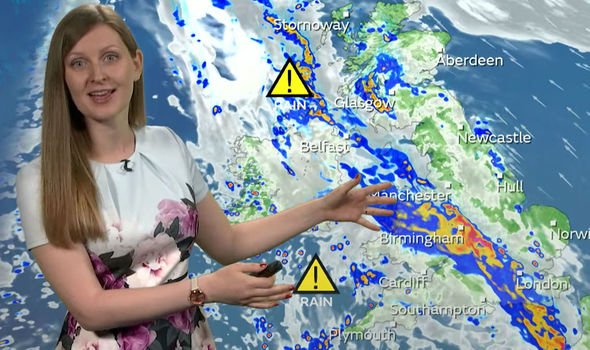 Despite this there are still some high chances of heavy and thundery downpours.

Heavy rain with longer spells will make its way north throughout the day.

Yellow weather warnings will be in force till around 8pm on Sunday night. 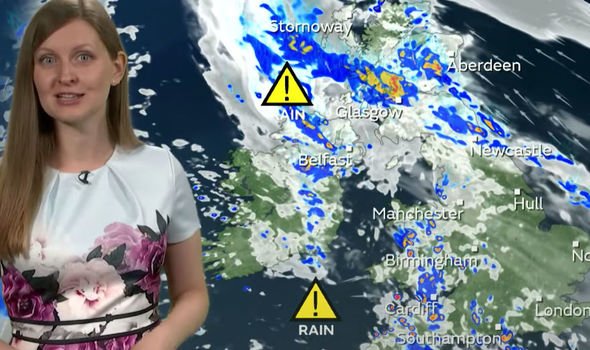 Ms Mitchell warned people to take care when they went outside.

She added there could also be a lot of spray on the roads.

Towards Monday the rain is set to move on and bring in some dry spells.

Ms Mitchell said: “We will start the week to a fairly dry note.”

headlines, Met Offic, UK, Weather
You may also like: