Latest WXCharts covering the period between November 18 and November 30 show snow clouds steadily converging over the UK, with forecasters predicting heavy doses of snow to cause serious disruption across the country. The first snowfalls began earlier this month on higher grounds before moving lower down and causing travel chaos in Somerset, Wales and Devon. The Met Office issued three severe snow warnings on Thursday due to “slushy snow” – and charts suggest Britons could soon see further white stuff dumped down on UK roads.

Heavy snow threatens to hit swathes of Britain at the start of winter with some long-range outlooks predicting a festive whiteout.

Exacta Weather forecaster James Madden said: “We are looking at much colder weather setting in through the second half of November and into December.

“There is a risk of more significant and disruptive snow from around the middle of the month and into the start of December.

“Although there may be some milder periods of weather during the run-up to Christmas, it is likely to turn much colder again through the second half of the month.

JUST IN: Somerset cars STRANDED as heavy snow causes chaos -and more is set to fall 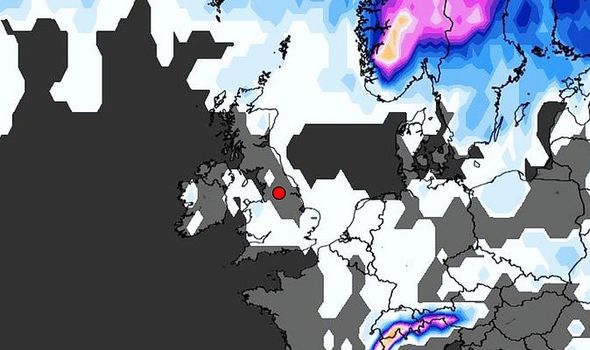 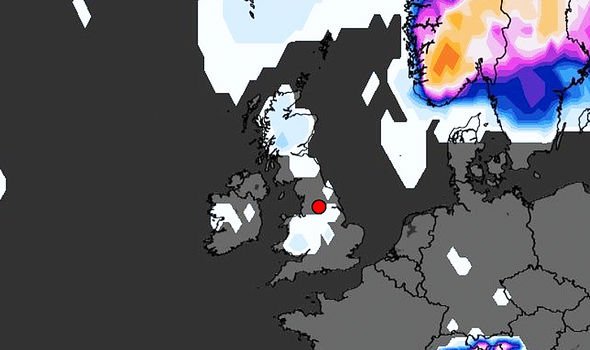 The BBC Weather long-range forecast reads: “These fronts will be faster-moving and bring brief outbreaks of heavy rain and strong winds at times.

“The main change is that warm fronts and high pressure to the southwest will tend to send more tropical air into the UK, lifting our temperatures from below average to near or a bit above average. Overnight frosts and hill-snow will gradually become less likely, but there may be a few crisp days and nights.

“There is a risk that weather systems may bring some very strong winds as well.” 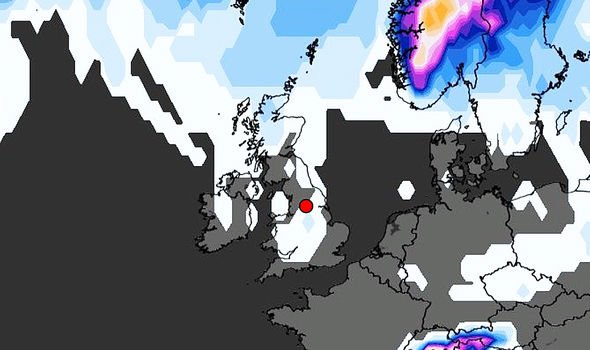 Weather models suggest the UK will be subjected to more wintery showers through the next two weeks, with the heaviest downpours expected over high ground in Scotland.

However northern England, Wales, parts of central England and even the West Country could see a flurry over the hills.

Temperatures will remain below par through the weekend and into the start of next week, according to the Met Office.

Meteorologist Greg Dewhurst said: “Through the weekend and the start of next week the trend is for it to be cold as we come under the influence of Polar air from the northeast and northwest.

Where is it due to snow tonight? What is the Met Office snow forecast?
Carol Kirkwood warns of Arctic freeze as temperatures plummet to sub-zero
Polar vortex at record strength as UK prepares for snow dump 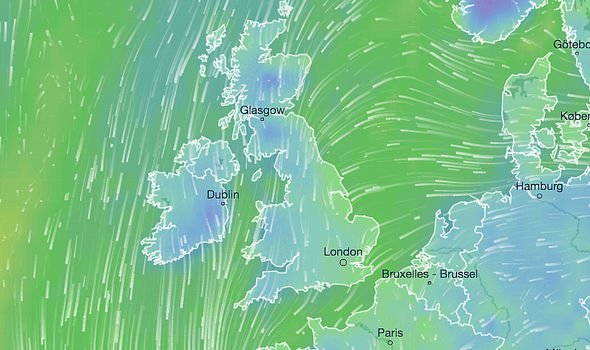 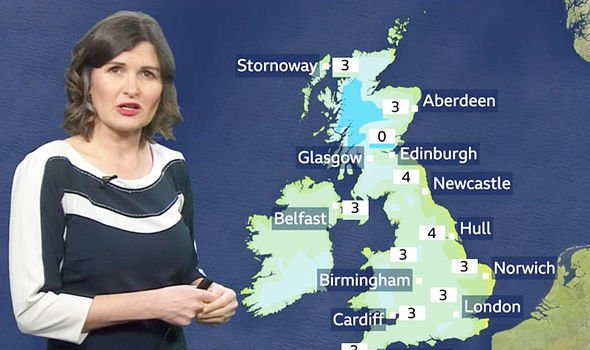 “Where there are clear skies there will be a risk of frosts and snow over the hills mainly in Scotland but these showers could fall over high ground in Wales and the Cotswolds.

“We are stuck on the cold side of the jet stream so we are dominated by northerly winds bringing cold air into the UK.

“The colder regime will continue into next week.”

Bookies have continued to slash the odds on cold weather with November showing signs of being the coldest ever.

Ladbrokes is offering 7-4 on this month entering the record books down from 5-2 at the end of last week.

Spokesman Alex Apati said: “It looks as though this could go down as the coldest November ever with temperatures continuing to drop and even snow on the way.”