Supermarkets have joined together to fund the Veg Power ad, with ITV giving the 60-second prime time slot for free. It will also run during other popular shows, including the News at Ten, The Voice, Dancing on Ice and Britain’s Got Talent. 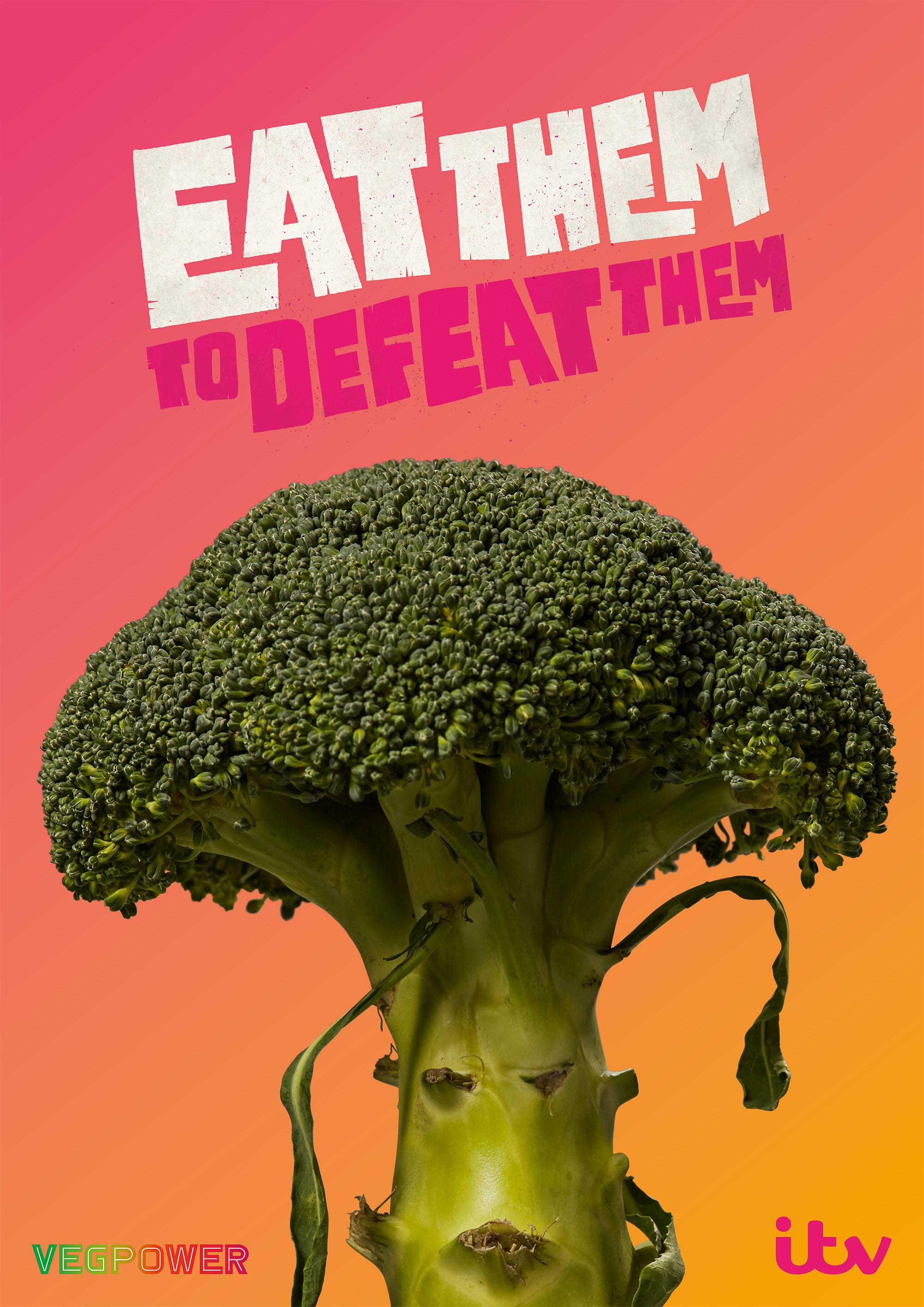 Some 98.5 per cent of money spent on food advertising promotes junk food, with fruit and veg farmers often priced out.

Previous adverts for these healthier alternatives have been for specific brands, particular veggies or individual supermarkets. But this latest initiative – backed by Hugh Fernley Whittingstall – encourages the consumption of any veg from any store.

It takes the form of an action movie, with hero kids helping parents save the world from being taken over by angry veg – by eating them. It has the tagline “Eat them to defeat them.”

The 11 supermarkets involved in the production say it aims to “inspire kids to eat more healthily and tackle rising childhood obesity”. The UK ranks 21 out of 28 in the EU for fresh vegetable consumption and eight in ten primary school kids do not eat enough.

Food writer and broadcaster Hugh said: “This campaign is brave, fun and engaging. It will inspire kids to enjoy the huge range of tastes, textures and colours that the brilliant world of veg has to offer.

“A diet that’s big on vegetables will be a massive win for our long term health. I’m hoping to see carrots and broccoli flying off the shelves.”

ITV chief executive Carolyn McCall said: “This campaign will reach millions of parents and children through our biggest and most popular shows and it is unlike anything that has gone before. We’re proud to use the power of TV to take a new, bold and brave approach to encouraging kids to eat more vegetables.”

Baroness Rosie Boycott, chair of Veg Power, said the advert is designed to engage and entertain kids rather than preach to them. She added: “We can really shift the dial and hope to see long lasting behaviour change. Having all the major retailers will help us achieve huge reach and impact.”

Veg Power is an alliance of various food campaign groups whose aim is to make it easier for people to choose veg. The major supermarkets have donated £50,000 each to the campaign, which will also feature posters and sticker packs.

ad, first, promotin, TV, UKs
You may also like: