The 100th murder investigation was launched this morning after Carl Moorhouse, 35, was stabbed to death in a brawl on a leafy street in Leamington Spa, Warwickshire.

Britain’s leading criminologist David Wilson said the crisis had led to families having to adapt to being cooped up together which has caused tension as well as the financial pressures of being furloughed and placed at risk of losing their jobs. 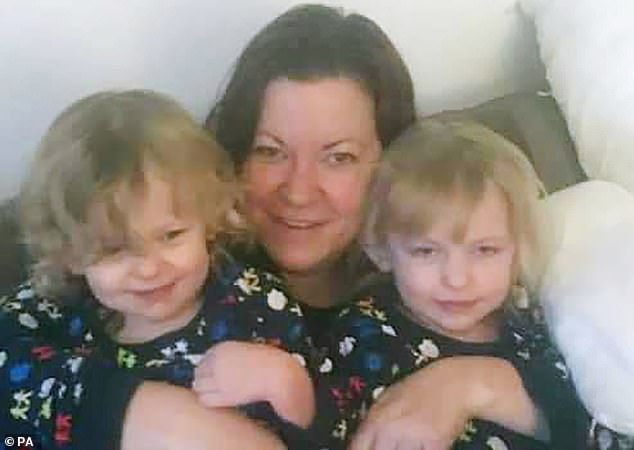 Kelly Fitzgibbons, 40, four-year-old Ava Needham and two-year-old Lexi Needham who were found dead at a house in Woodmancote, near Chichester in West Sussex on March 29 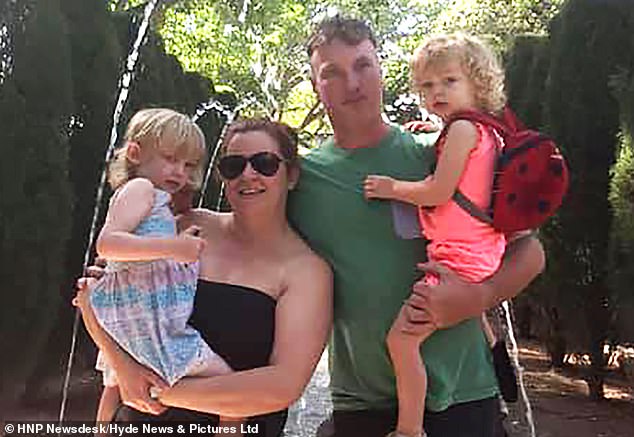 The 100 deaths in the ten weeks since lockdown began on March 23 include 66 men, 28 women, four girls and two boys – with the youngest being one-month-old Colby Lawton, of Newbury, Berkshire.

The oldest victims were both 88 – Dennis Kellond, who died in Godstone, Surrey, on April 26, and John Rees, who died in Penygraid, South Wales on May 5.

In one of the most shocking cases, builder Robert Needham, whom neighbours said was worried about losing business during the lockdown, murdered his wife Kelly Fitzgibbons, 40, and their children Ava Needham, four, and Lexi Needham, two.

Experts said this case, on March 29 in Woodmancote, West Sussex, was an example of ‘family annihilation’ – and referred to how some men put out of work or furloughed in the crisis have felt they no longer have the resources to give their wives and children what they need.

Some 88 of the murders were in England including 18 in London, while two were in Wales, six were in Northern Ireland and four were in Scotland.

Some 650 people were murdered across Britain last year – an average of 54 a month, meaning the lockdown figures are roughly comparable with normal levels.

Mr Wilson told MailOnline today that the rise in domestic violence was unsurprising because women stuck at home with abusive partners are finding it harder to get help.

He also told how he noticed a number of ‘bizarre’ murders in the nine-and-half week period, adding that inter-gang conflict was on the rise due to drug supply issues in recent months.

Professor Wilson said: ‘Crime will adapt and evolve to the circumstances it finds itself in, in exactly the same way businesses are adapting to the crisis. Often offenders adapt more quickly than other people. 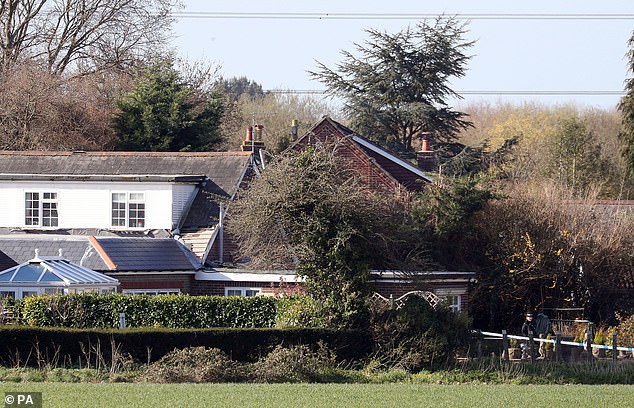 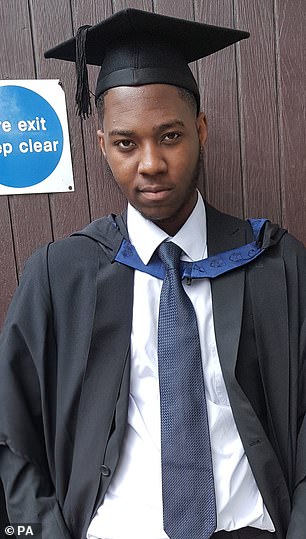 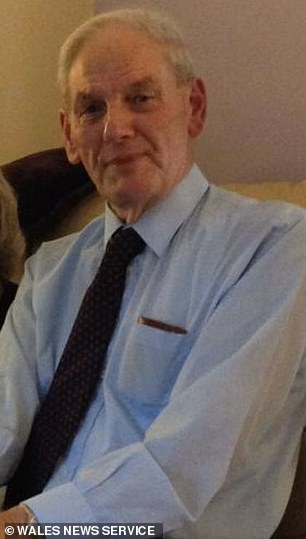 ‘What we’re seeing therefore are some crimes are disappearing entirely, such as house burglary and car theft because you and your family are in the house during the day so opportunities are reduced.

‘New crimes are emerging – all those companies that are falsely selling Covid cures. Other crimes have developed such as online frauds.’

The Birmingham City University expert added that the data on murders during the lockdown was ‘intriguing’ and he is paying close attention to how homicides are adapting during the crisis.

Professor Wilson continued: ‘Most murders are intimate murders, if you’re married, the person most likely to murder your wife is you. 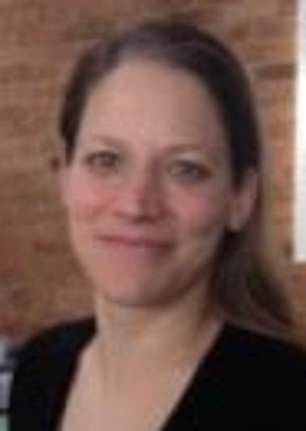 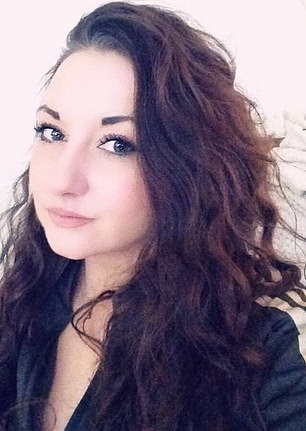 Silke Hartshorne-Jones (left), 41, was allegedly murdered on May 3 in Barham, Suffolk, while Louise Aitchison (right), 33, died on April 30 in East Kilbride, Scotland 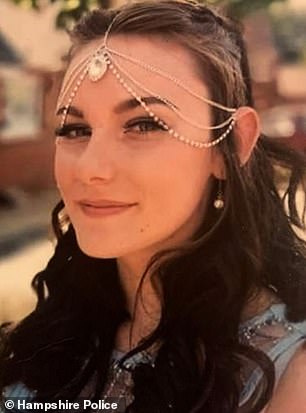 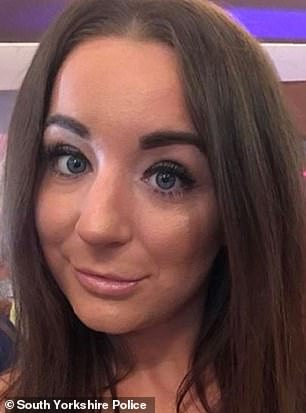 Louise Smith (left), 16, was found dead in Havant, Hampshire, on May 21, while Victoria Woodhall (right), 33, was stabbed to death on March 29 in Barnsley, South Yorkshire

‘Often what underlies that statistic is misogyny. In Covid, we’re locked down and locked in, and there was always likely to be an increase in domestic violence.’

He added that misogyny in British society is becoming ‘more marked’ because of the lockdown and that women ‘will find it harder to get help to escape’.

He also pointed out that the drugs trade is now far more ‘complicated’ because it is becoming harder to get access to wholesale quantities at airports and ports.

Professor Wilson said: ‘It’s difficult to do the county lines method of distribution. The price of drugs has increased, and what you see is gang-on-gangs fighting each other to get access to the drugs and find new distribution methods. 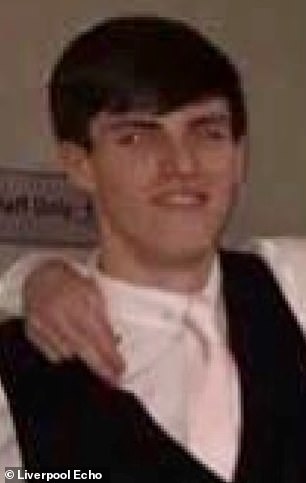 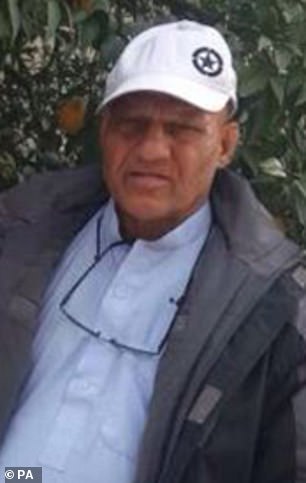 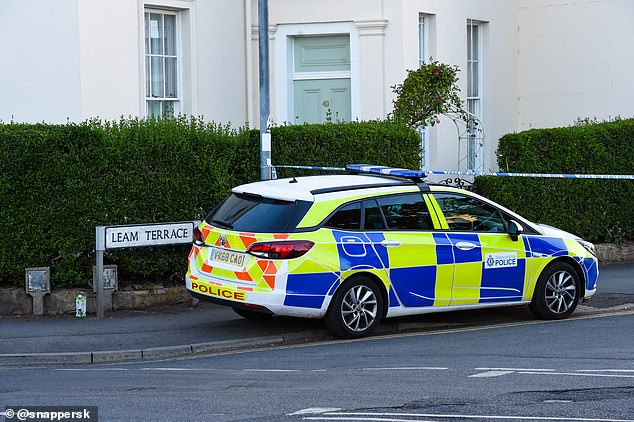 The 100th murder investigation was launched last night after a 35-year-old man was stabbed to death in a brawl on a leafy street in Leamington Spa, Warwickshire (pictured today)

‘Some of the murders are without doubt inter-gang murders, whereas previously maybe a year ago there was a great deal of inter-gang co-operation.

Police arrest two people on suspicion of murder after man, 35, is stabbed to death on the street in a market town

Two people have been arrested on suspicion of murder after a 35-year-old man was stabbed to death on the street, in Britain’s 100th alleged murder during the lockdown.

His sister Shelley wrote on Facebook: ‘With a heavily broken heart I can’t believe I’m actually having to write this but I would like to let all who knew and loved my big brother Carl (Marblez) Moorhouse that he … passed away in the early hours of this morning. They’ve taken him away from a family. Lives have been torn apart.’

One local resident, who did not want to be named, said: ‘There is a big police presence at the moment. It is all a bit grim really. We heard some shouting and raised voices late last night outside. The next thing I saw was nine police cars, several ambulances and police sniffer dogs brought in too.’

Police said a 34-year-old woman and 27-year-old man have been arrested on suspicion of murder.

‘Now if feel there’s much more inter-gang conflict, and certainly I feel that organised crime and the control of the drug market has been behind the murders.’

He also said huge numbers of men have been put out of work or furloughed in the crisis, which is making them feel they no longer have the resources to give their wives and children what they need – and this can lead to ‘family annihilation’ murder in extreme cases.

Professor Wilson said there are an average of 650 murders a year in Britain, with two women and one child dying a week on average.

And he added of the 100 murders total: ‘We have to wait for the court cases to really interrogate these figures – these are snapshot figures.’

Earlier this month the country’s most senior officer, Scotland Yard Commissioner Cressida Dick, said a ‘silver lining’ to the pandemic was the opportunity to collar a lot of violent criminals confined to their homes.

She said officers were going around with ‘a smile on their face’ as they now have enough resources to make record arrests due to a dramatic fall in crime.

She told how anti-violence teams have rounded up more than 1,200 people in two months, seizing an astonishing 444 knives, 322 offensive weapons, and 106 guns.

Overall, crime in London has dropped by 35 per cent since the lockdown started, with knife and gun offences halving. But drug offences surged from 3,770 in March to 5,038 in April.