STUNNING pictures offer a rare insight into the cannibal tribe that is believed to have butchered a Rockefeller heir 60 years ago.

Portraits show the intriguing men, women and children of the Dani tribe who are renowned for their unique rituals. 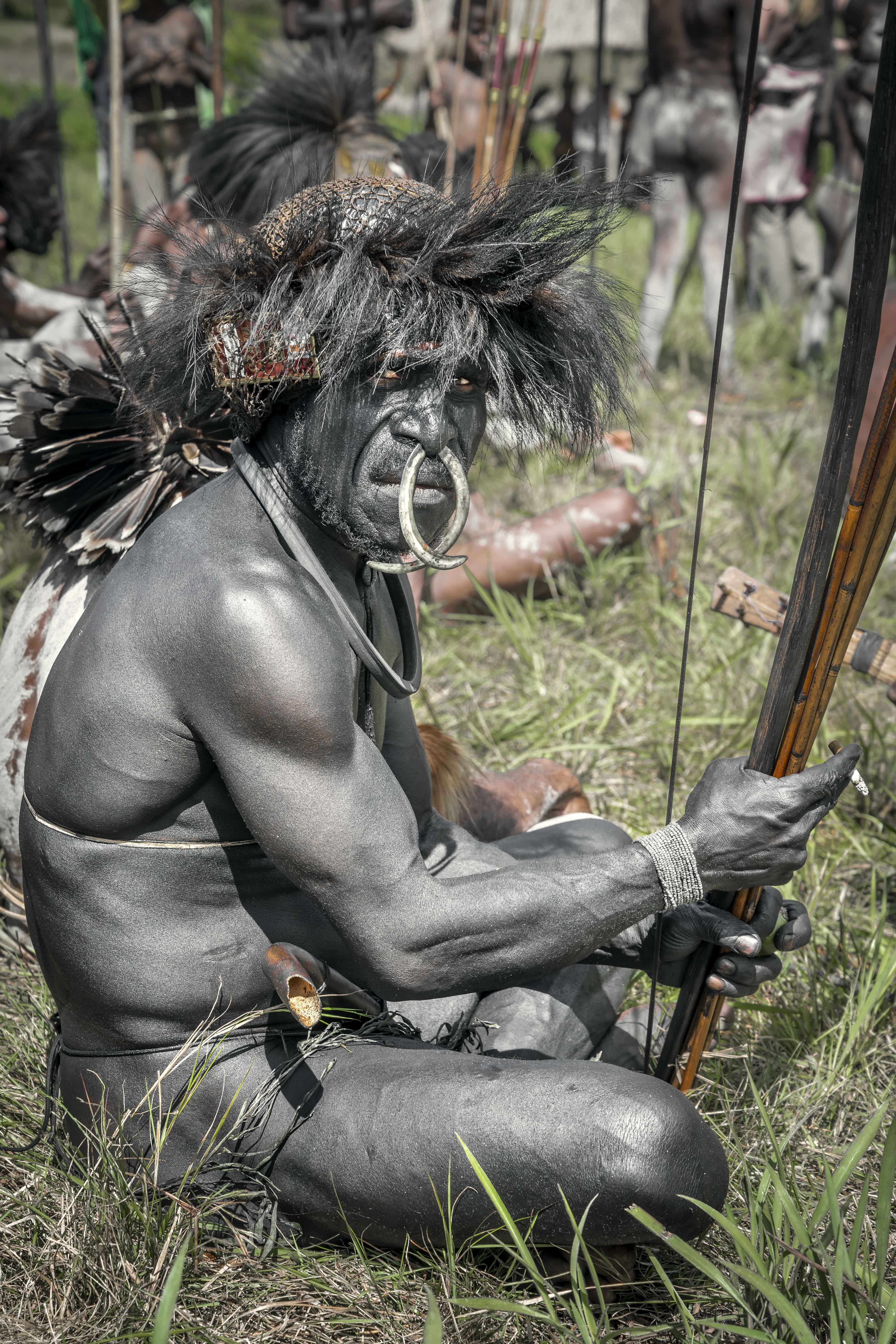 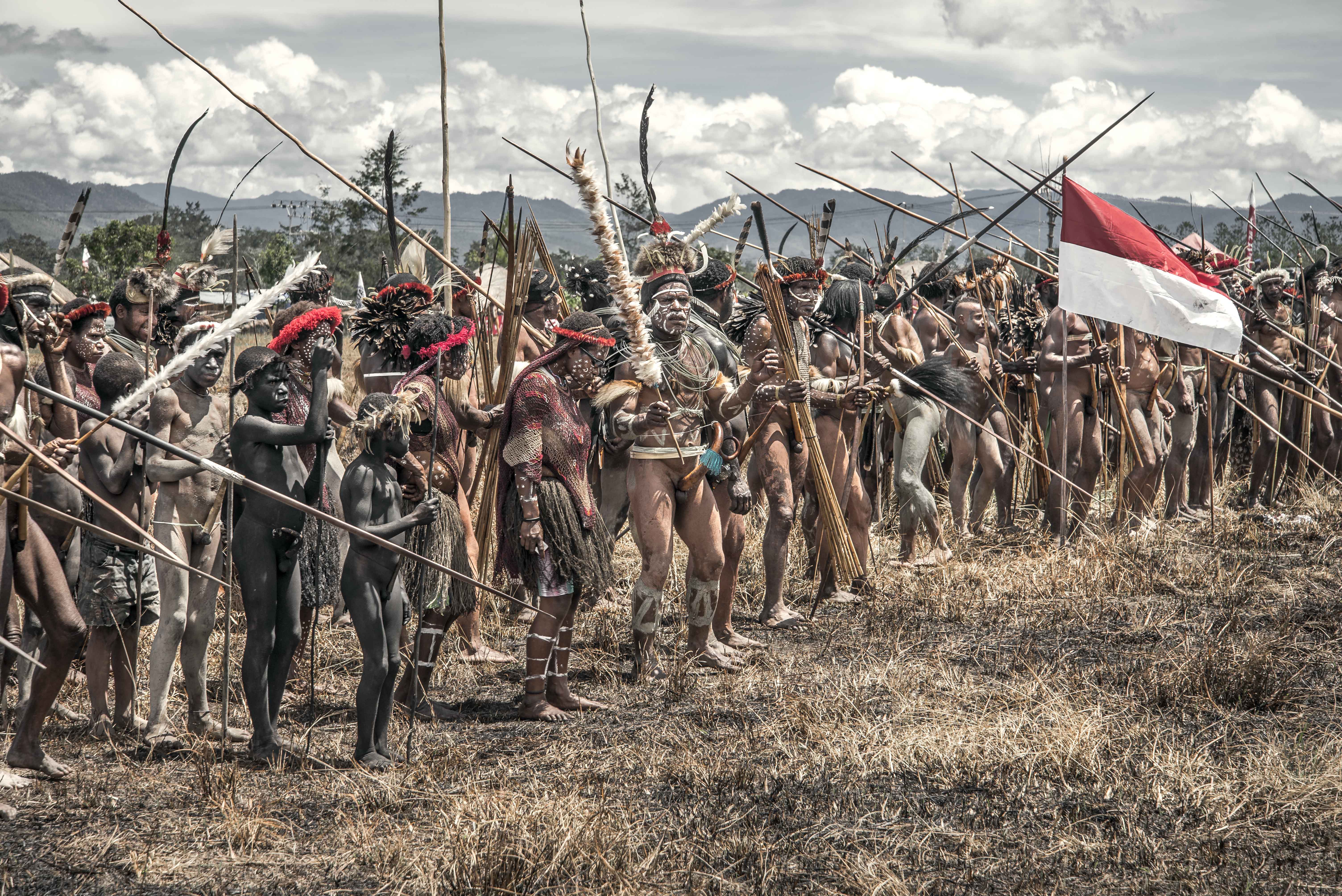 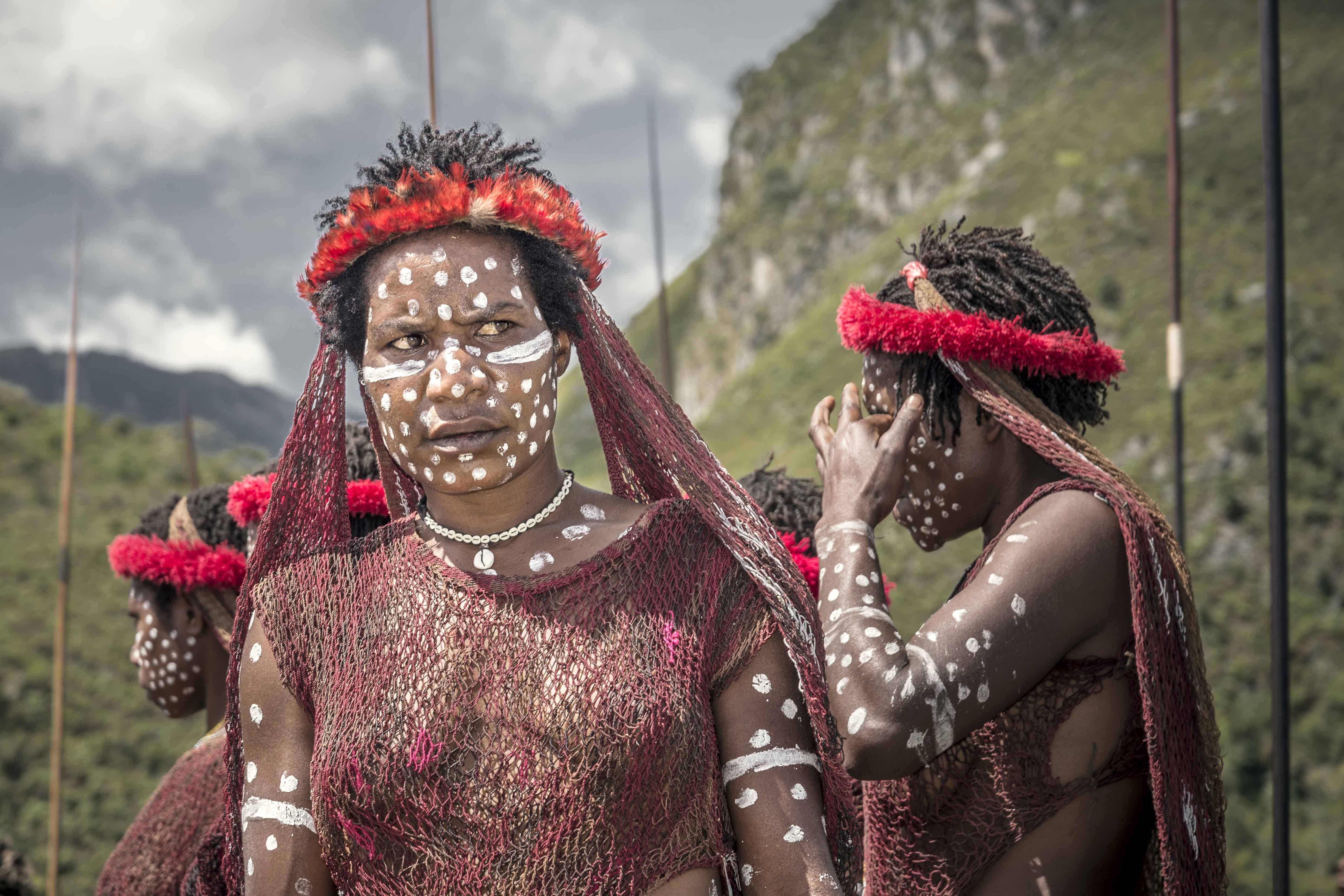 One photograph captured the tribe leader covered in silver paint made from ash and pig fat, with a pig rib hooked through his nose.

Another image showed the tribe practising war formations and spear throwing at the Baliem festival, held every August, which unites and celebrates the 25,000 population of the Dani people with other tribes in the highlands.

As part of their limited clothing, men traditionally wear a Koteka – a penis sheath.

The tribe are known for their strange acts of mutilation as women reportedly amputate a finger when a relative dies.

Photographer Roberto Pazzi, 47, visited the tribe in Baliem Valley, Indonesia, despite rumours that they devoured American Michael Rockefeller in 1961.

The tribe, discovered in 1938, are less cannibalistic but remain one of the world's most feared tribes.

Author Carl Hoffman believes that he has the closest account to what happened to Michael and details it in his book Savage Harvest.

Michael Rockefeller, who was 23 at the time and the son of one of the richest men in America, came into serious trouble when his catamaran overturned along the coast of southwest New Guinea, now Papua.

He was exploring New Guinea in search of treasures to bring home and put on display in his hometown of New York City. 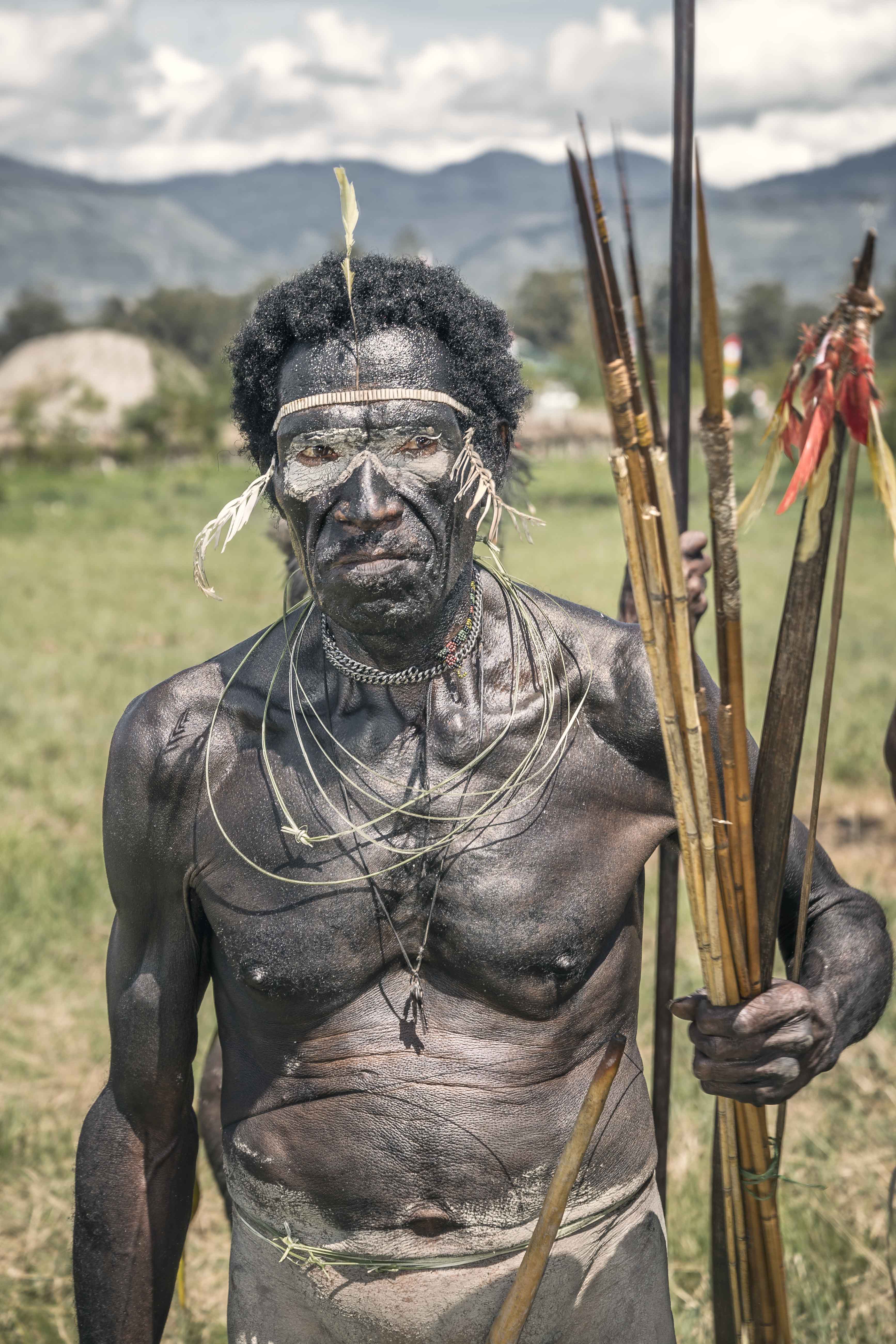 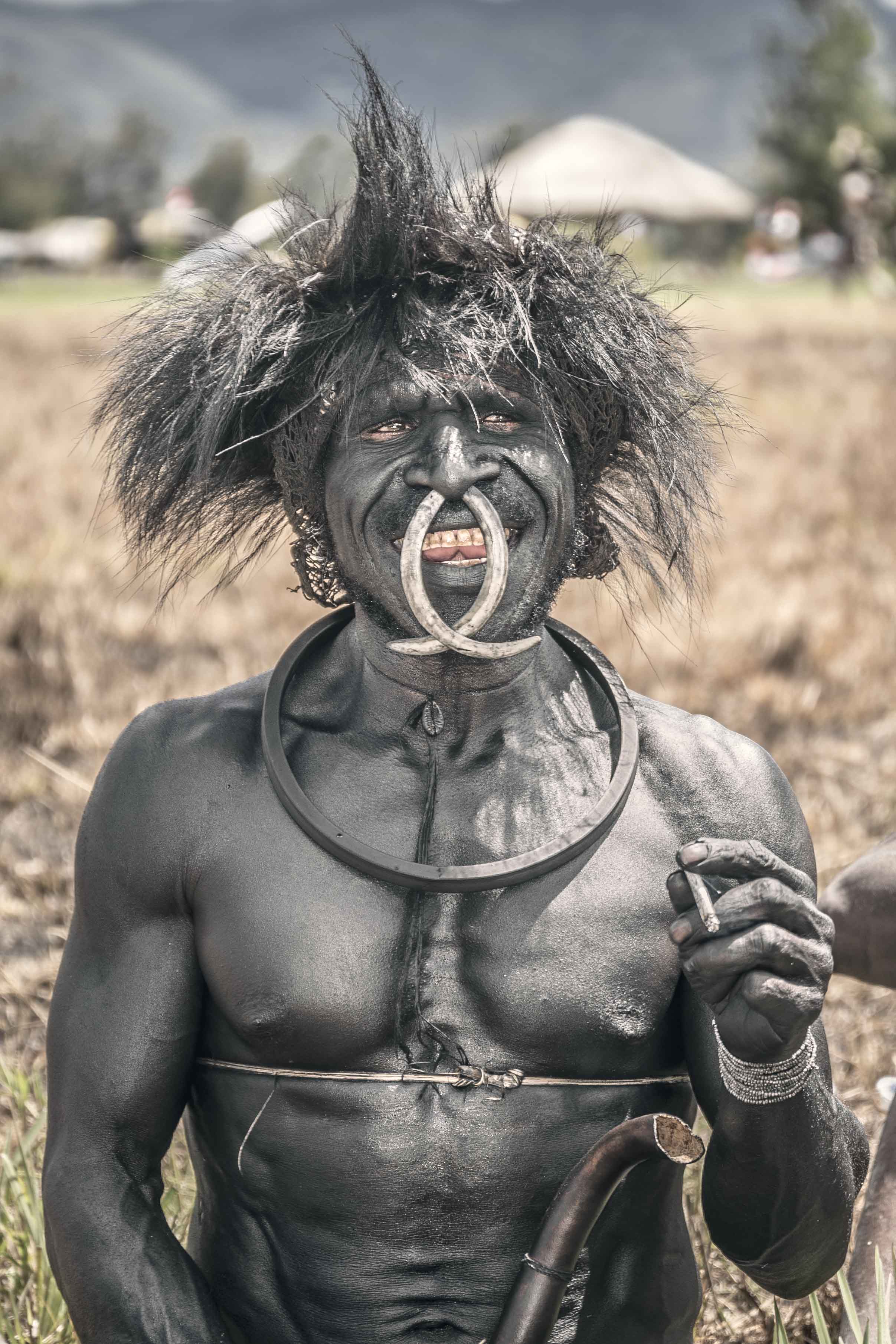 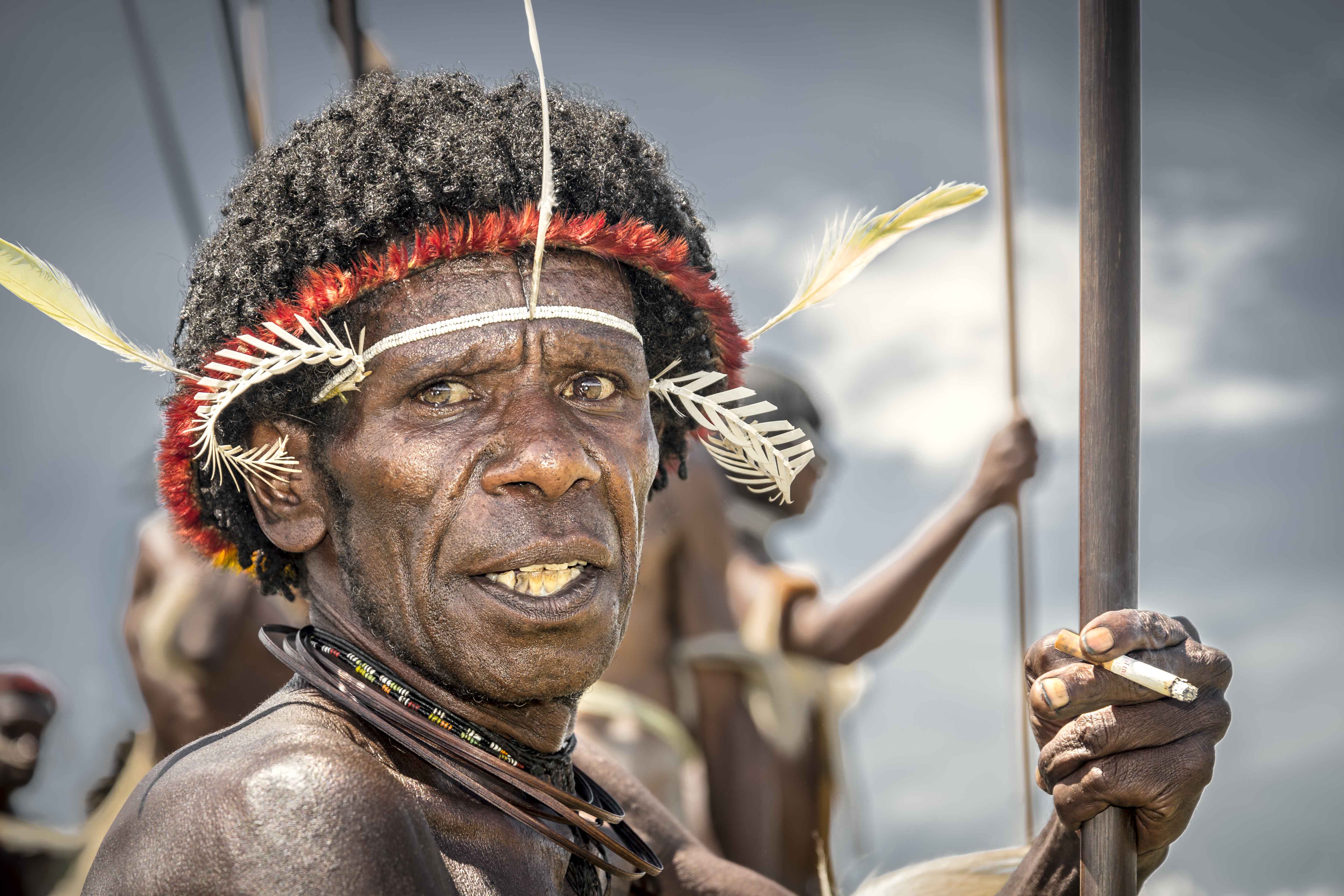 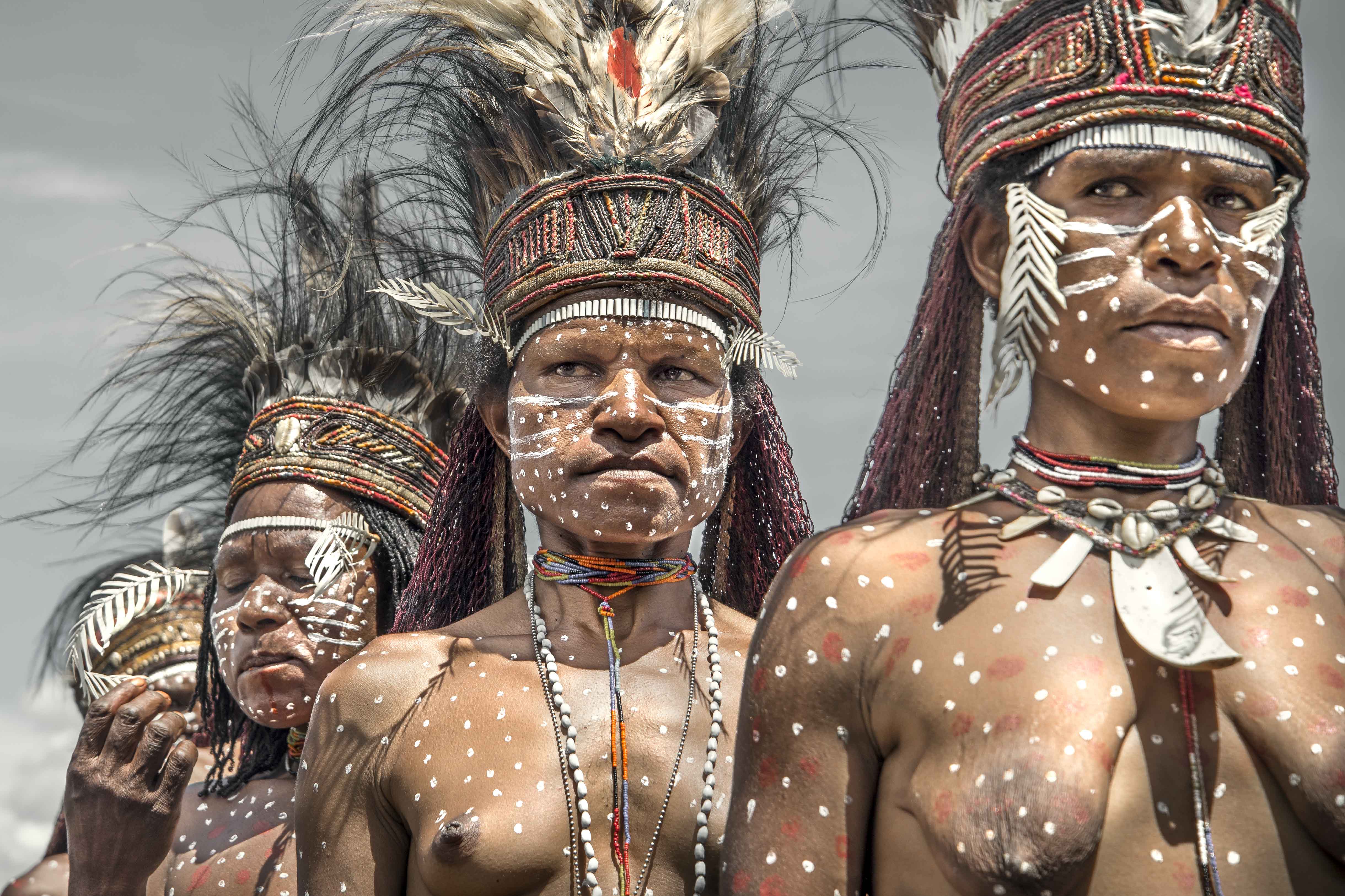 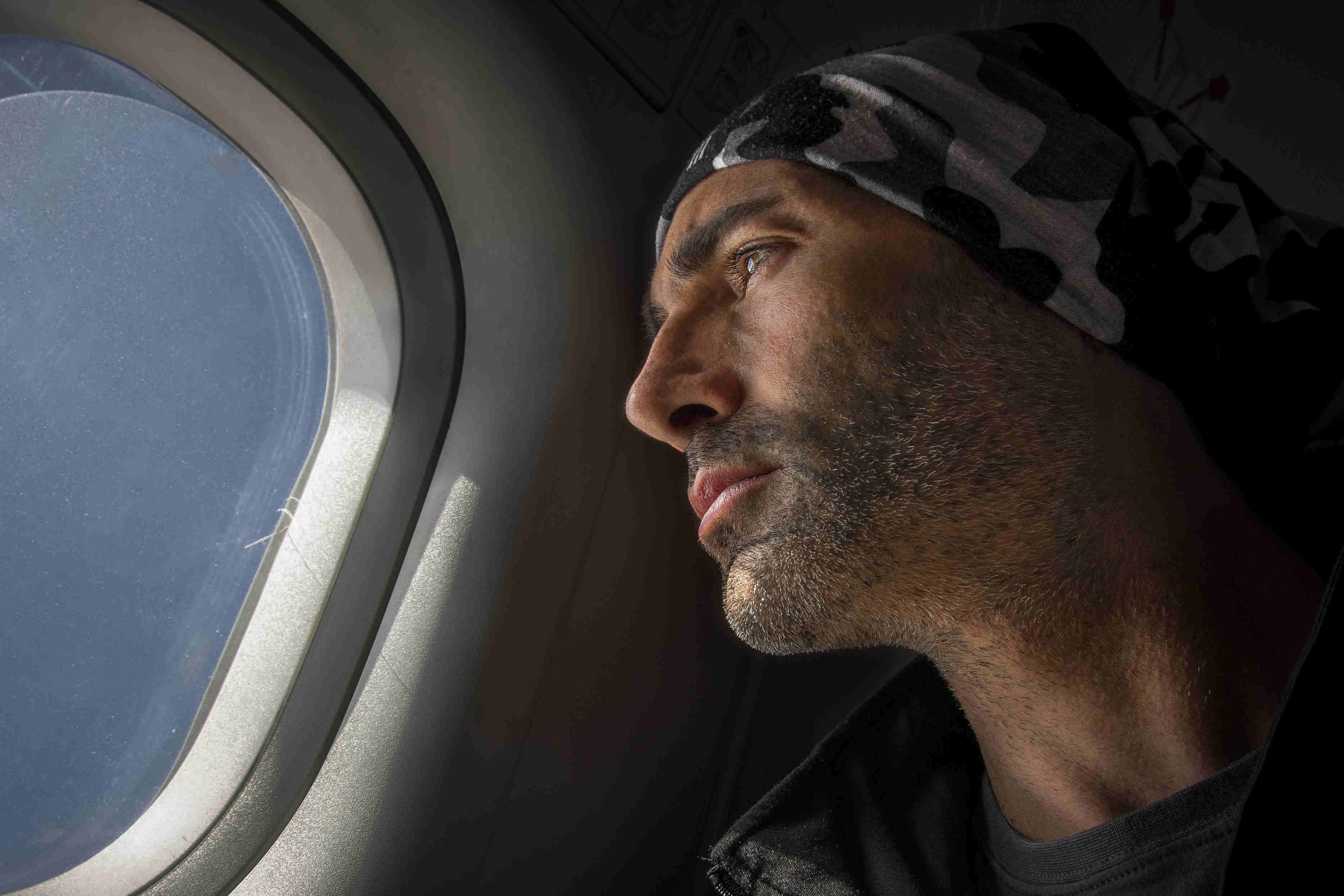 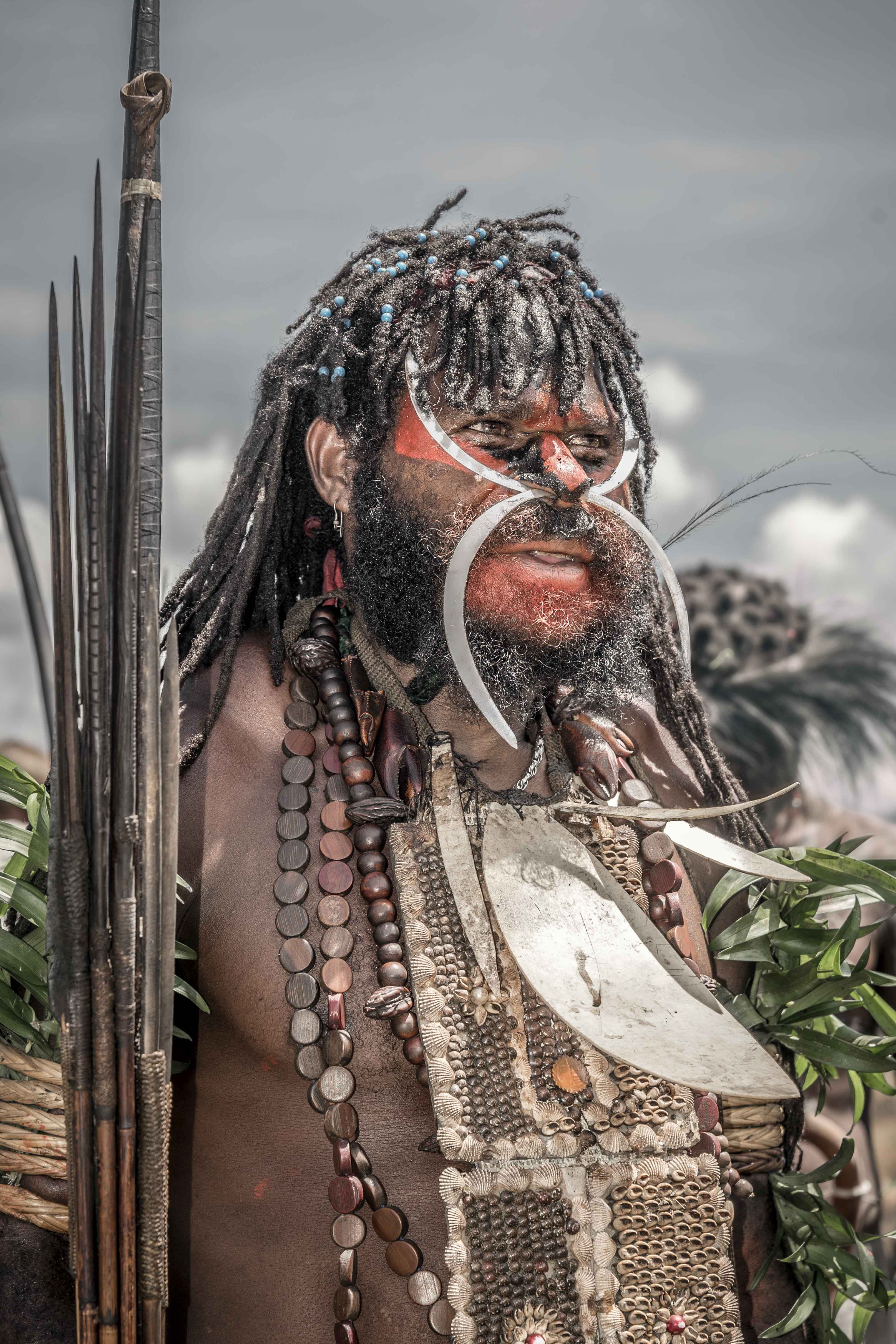 During this time, the Dutch had showed an interest in the colony.

Max Lapre, renowned for his strict leadership of the Dutch government, ordered five elite tribesmen to be gunned down.

It's claimed that the tribe wanted to seek vengeance on a white man.

Rockefeller reportedly swam 10 miles to shore and after washing up on the beach, he was speared through the ribs.

He was then smacked around the back of his head until he was dead – and the tribe began their ritual.

The tribe first removed Michael's head, then slit him down from the neck to his back. His intestines were then removed.

Legs and arms would go into the fire while the group chanted. His charred body parts would be passed around for everyone to taste.

His blood, which they saved, would be smeared over their bodies. Once the head was fully cooked, they would scalp it, remove his brain and eat it.

"If they'd killed Michael that was how it would've been done," the author said.

The Dani tribe sometimes transformed decapitated skulls into pillows or used them as bowls to eat the flesh of rival tribe members.

Headhunting stopped in the 1990s.

Within the tribe, men reportedly had sex with men, they shared wives, and practised polygamy.

They sometimes drank each other's urine and covered themselves in human blood during bonding rituals.

In their eyes, killing the American was revenge for the deaths of tribesman at the hands of the white Dutch. 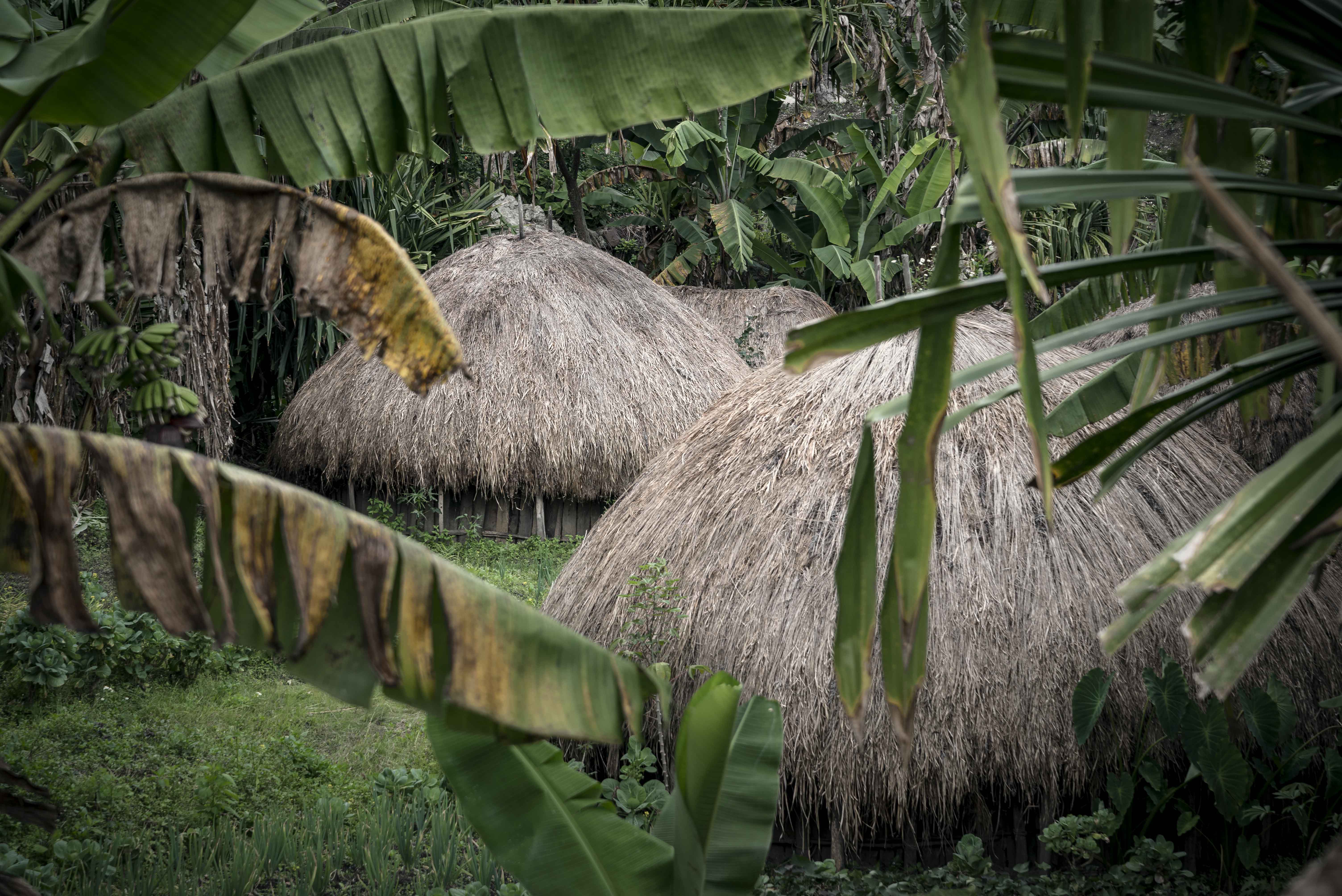 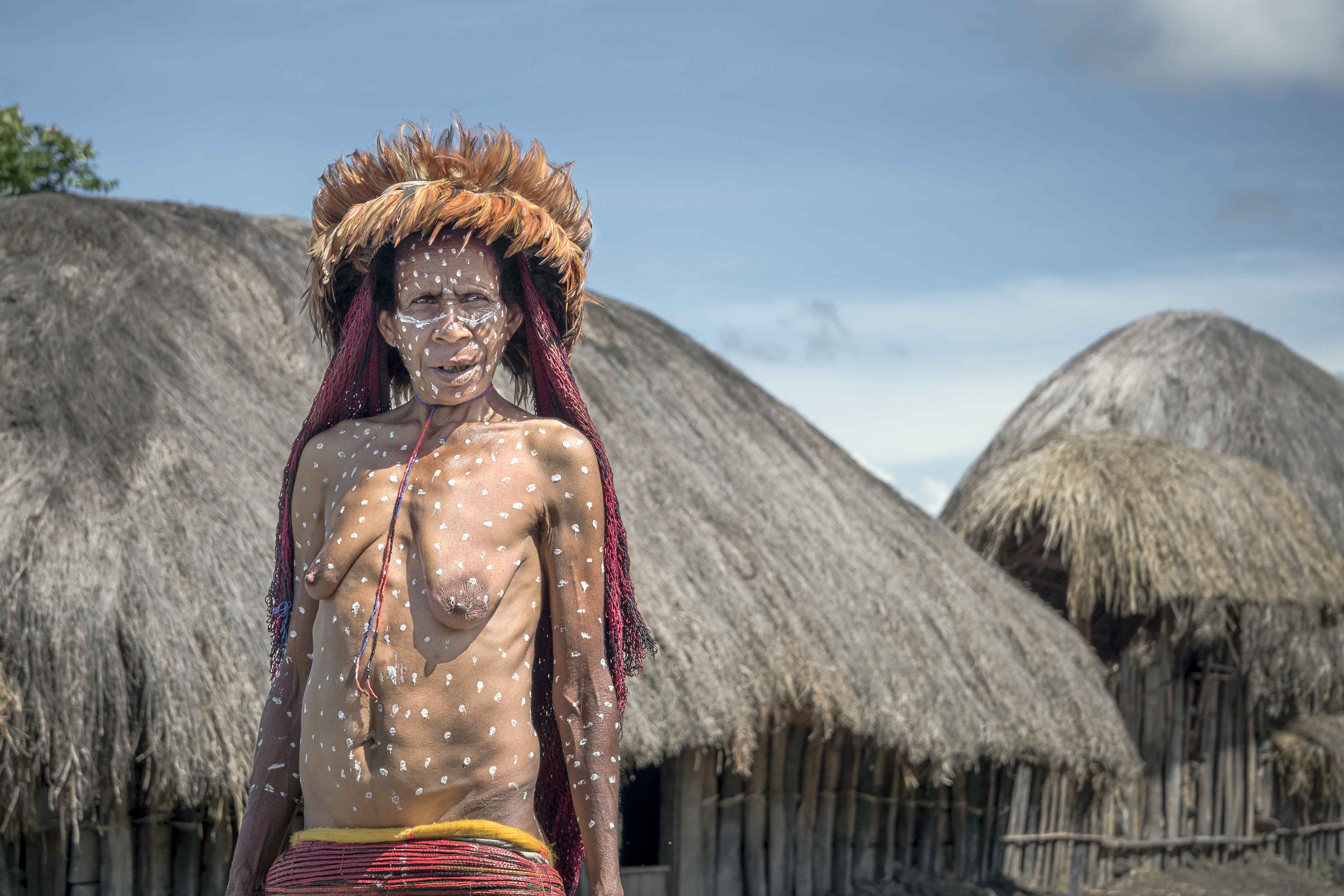 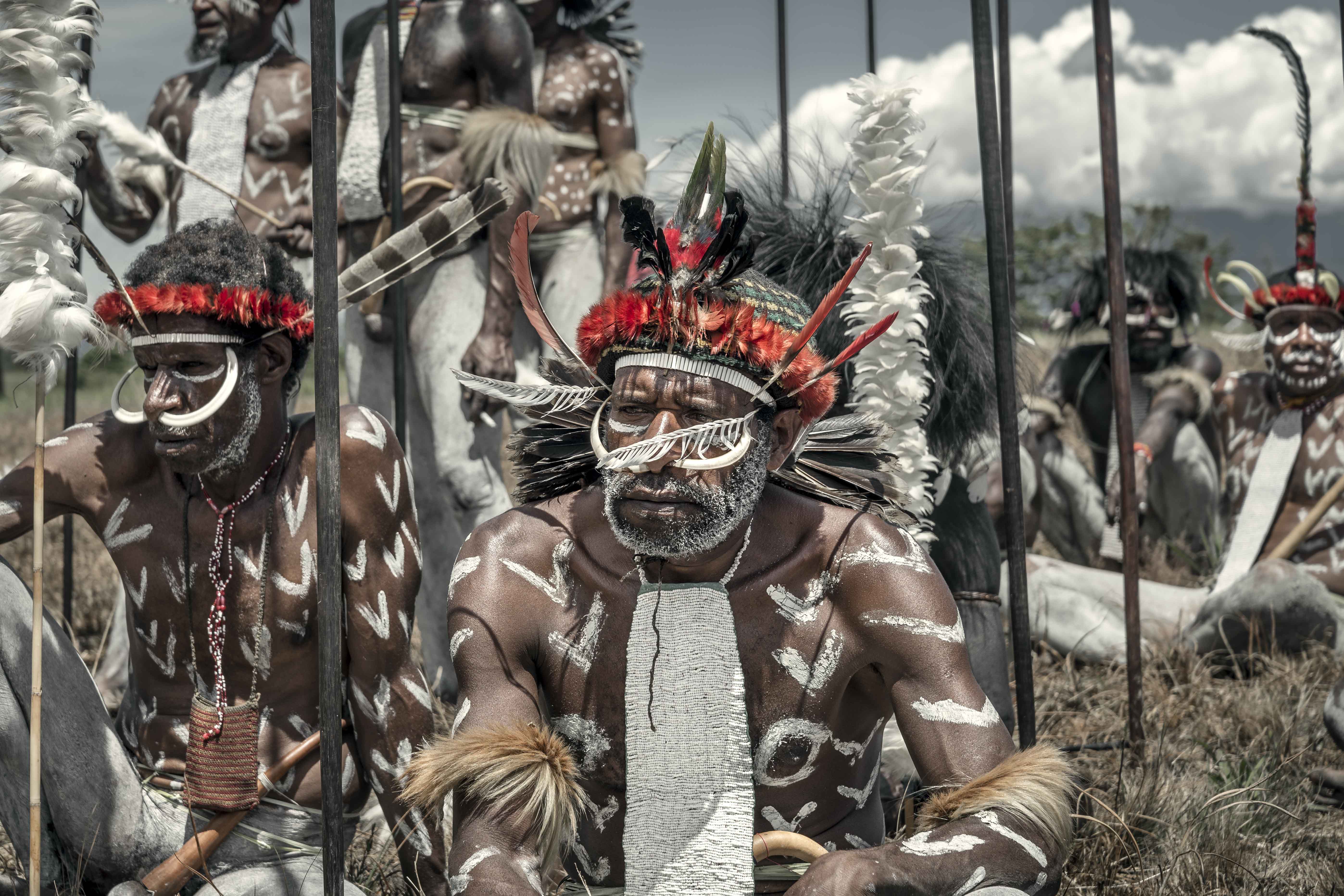