Washington: The US military has escalated a battle against al-Shabab, an extremist group affiliated with al-Qaeda, in Somalia even as President Donald Trump seeks to scale back operations against similar Islamist insurgencies elsewhere in the world, from Syria and Afghanistan to West Africa. 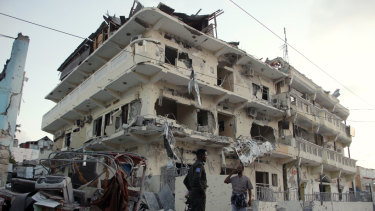 A surge in US airstrikes over the last four months of 2018 pushed the annual death toll of suspected al-Shabab fighters in Somalia to the third record high in as many years.

And this year, the intensity is on pace to eclipse the 2018 record. During January and February alone, the US Africa Command reported killing 225 people in 24 strikes in Somalia.

Double-digit death tolls are becoming routine, including a bloody five-day stretch in late February in which the military disclosed that it had killed 35, 20 and 26 people in three attacks. 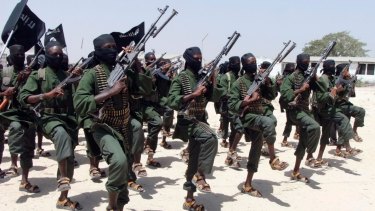 Africa Command maintains that its death toll includes only al-Shabab militants, even though the extremist group claims regularly that civilians are also killed. The Times could not independently verify the number of civilians killed.

The rise in airstrikes has also exacerbated a humanitarian crisis in the country, according to UN agencies and nongovernmental organizations working in the region, as civilians are displaced by ongoing conflict and extreme weather.

"People need to pay attention to the fact that there is this massive war going on," said Brittany Brown, who worked on Somalia policy at the National Security Council in the Obama and Trump administrations and is now chief of staff of the International Crisis Group, a nonprofit organisation focused on deadly conflicts.

The war in Somalia appears to be "on autopilot," she added, and one that is drawing the United States significantly deeper into an armed conflict without much public debate.

Somalia, a country that occupies a key strategic location in the Horn of Africa, has faced civil war, droughts and an influx of Islamist extremists over the years. The growing US military engagement stands in stark contrast to the near-abandonment not long after the Black Hawk Down battle in 1993, which left 18 Americans and hundreds of militia fighters dead.

The intensifying bombing campaign undercuts the Trump administration's intended pivot to confront threats from great powers like China and Russia, and away from long counterinsurgency and counterterrorism campaigns that have been the Pentagon's focus since 2001.

Analysts suggested that the increase in US strikes may also reflect an unspoken effort by US commanders to inflict as much punishment on al-Shabab while they can.

"Many of our commanders probably see a renewed urgency to degrade the enemy quickly and forcefully," said Luke Hartig, a former senior director for counterterrorism at the National Security Council during the Obama administration.

General Thomas D. Waldhauser, head of Africa Command, said planned cutbacks elsewhere will not affect what the military is doing in Somalia.

"We'll maintain our capability and capacity there," Waldhauser told the House Armed Services Committee on Thursday. Africa Command is scaling back US forces nearly everywhere else on the continent in a move that poses a particular threat for West Africa, which is grappling with a range of extremist groups.

Al-Shabab formally pledged its allegiance to al-Qaeda in 2012.

But long before that, it fought Western-backed governments in Mogadishu as the group sought to impose its extremist interpretation of Islam across Somalia. In defending the fragile government, the United States has largely relied on proxy forces, including about 20,000 African Union peacekeepers from Uganda, Kenya and other East African nations.

The United States estimates that al-Shabab has about 5000 to 7000 fighters in Somalia, but the group's ranks are fluid. A State Department official, citing interviews from al-Shabab deserters, said the number of hard-core ideologues may be as few as 500.

There are also now roughly 500 US troops in Somalia. Most are Special Operations forces stationed at a small number of bases spread across the country. Their missions include training and advising Somali army and counterterrorism troops and conducting kill-or-capture raids of their own.

Al-Shabab has proved resilient against the US airstrikes, and continues to carry out regular bombings in East Africa.

A range of current and former US officials said no seismic strategic shift explains the increased airstrikes and higher body count; the mission remains providing security so the fledgling Somali government will have time and space to develop its own effective military and security services.

But they noted a range of contributing factors for the rise in tempo and lethality of the military campaign.

Taking a page from counterinsurgency tactics developed in Afghanistan, US forces have helped Somali soldiers build several outposts across Somalia, about 20 per cent of which is still controlled by al-Shabab. One is named for Staff Sergeant Alexander W. Conrad, of Chandler, Arizona, who was killed in a mortar attack last year while he helped to build it.

Al-Shabab views the outposts "as an irritant, and masses to go after it," Major General Gregg Olson, the Africa Command's director of operations, said in an interview.

In turn, that has put attacking al-Shabab fighters in the cross hairs of US airstrikes to defend the Somali forces.

Several officials said intelligence operations — including aerial surveillance, electronic intercepts and informant networks — have improved over the past year.

US troops with the secretive Joint Special Operations Command have built up informant networks that lead to raids and strikes, after which they collect cellphones, laptops and documents to generate information for more.

The loosening of Obama-era constraints on using force in Somalia, as approved by Trump in 2017, has also contributed.

Shortly after taking office, Trump declared Somalia to be an "area of active hostilities" subject to war-zone rules. That freed the US military to carry out offensive operations whenever al-Shabab militants presented themselves — including against foot soldiers without special skills or roles.

Trump also delegated authority to commanders to carry out strikes without high-level interagency vetting. But Africa Command was initially slow to embrace it, waiting months before it carried out its first strike in 2017 under the new rules.

Now, however, it has opened the throttle, according to military data compiled by Bill Roggio, a senior fellow at the Foundation for the Defence of Democracies, who has tracked counterterrorism airstrikes for more than a decade on his Long War Journal website.

airstrikes, hundreds, in, kill, Us
You may also like: