US officials confirm they have seized fuel cargo aboard four tankers called Bella, Bering, Pandi and Luna sent by its foe Iran to crisis-hit Venezuela

The US Justice Department on Friday confirmed it had seized the fuel cargo aboard four tankers sent by Iran to crisis-wracked Venezuela, tying the shipments to Tehran’s Revolutionary Guards and stepping up the pressure on its foe.

‘With the assistance of foreign partners, this seized property is now in US custody,’ the Justice Department said, putting the total at more than one million barrels of petroleum and calling it the largest-ever seizure of fuel shipments from Iran.

The department had issued a warrant last month to seize the cargo of the tankers Bella, Bering, Pandi and Luna.

Washington’s sanctions against President Nicolas Maduro’s regime have forced Venezuela, which used to refine enough oil for its own needs, to turn to allies such as Iran to alleviate a desperate gasoline shortage. 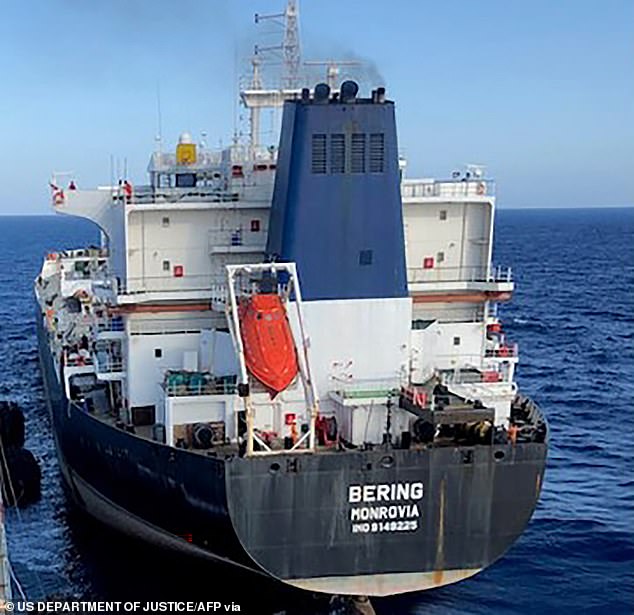 Pictured: An undated photograph released by the US Department of Justice shows the Bering oil tanker. The US Justice Department on August 14, 2020, confirmed it had seized the fuel cargo aboard four tankers, including the Bering, sent by Iran to crisis-wracked Venezuela, tying the shipments to Tehran’s Revolutionary Guards 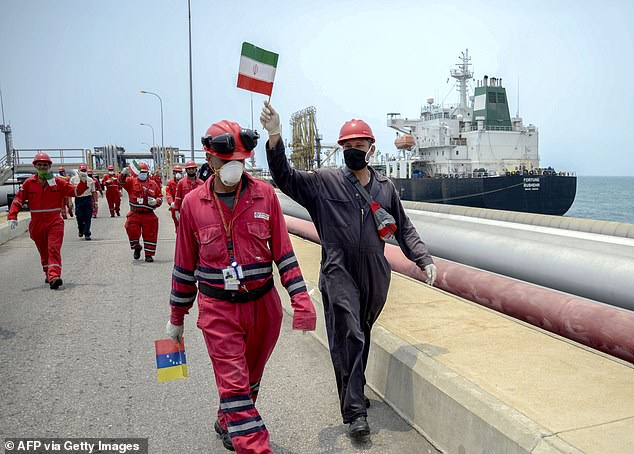 Iran’s ambassador to Venezuela Hojat Soltani denied any links between Tehran and the seized tankers. Pictured: A worker of the Venezuelan state oil company PDVSA waves an Iranian flag along side another man carrying a Venezuelan flag, May 25 2020

The Wall Street Journal reported Thursday, citing US officials, that the ships had been seized at sea and were en route to Houston.

The Justice Department did not offer details about the circumstances of the seizure.

It accused Iran of ‘forcibly’ boarding an unrelated ship after the four tankers were seized ‘in an apparent attempt to recover the seized petroleum.’

US military officials said Thursday that incident took place in the Gulf of Oman, with Iran using a helicopter and two ships to take over the vessel, a Liberian-flagged oil and chemicals tanker, for several hours. 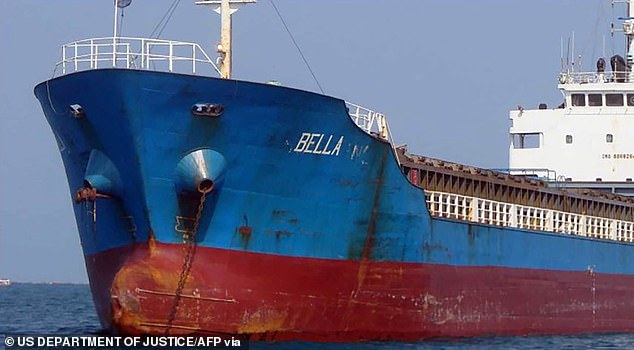 Pictured: A handout picture of another of the oil tankers, the Bella, that was seized by the U.S., who believe the tankers were en-route to Venezuela from Iran

The US has accused Iranian businessman Mahmoud Madanipour, who allegedly had links to the Revolutionary Guards, of arranging oil shipments for Venezuela using offshore front companies and ship-to-ship transfers to get around sanctions on Iran.

Tensions between Washington and Tehran have escalated since 2018 when President Donald Trump withdrew the United States from a multinational accord that froze Iran’s nuclear program, and reimposed crippling sanctions on its economy.

The US considers the Revolutionary Guards a terror group. 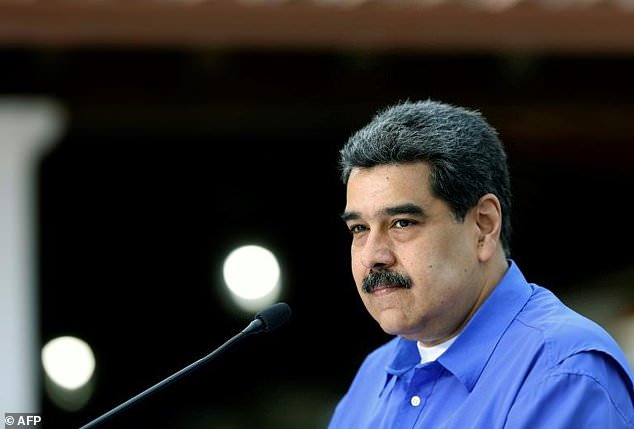 Iran’s ambassador to Venezuela Hojat Soltani denied any links between Tehran and the seized tankers.

‘The ships are not Iranian, and neither the owner nor its flag has anything to do with Iran,’ Soltani said on Twitter.

Venezuela is almost entirely dependent on its oil revenues, but its production has fallen to roughly a quarter of its 2008 level and its economy has been devastated by six years of recession.

Confirms, Iranian, of, seizure, Us
You may also like: